Accessibility links
Opinion: American Politics Is Messy. But Here's A Little Global Perspective NPR's Scott Simon offers some context to America's political chaos by looking at how authoritarian regimes around the world have tightened their grips on power. 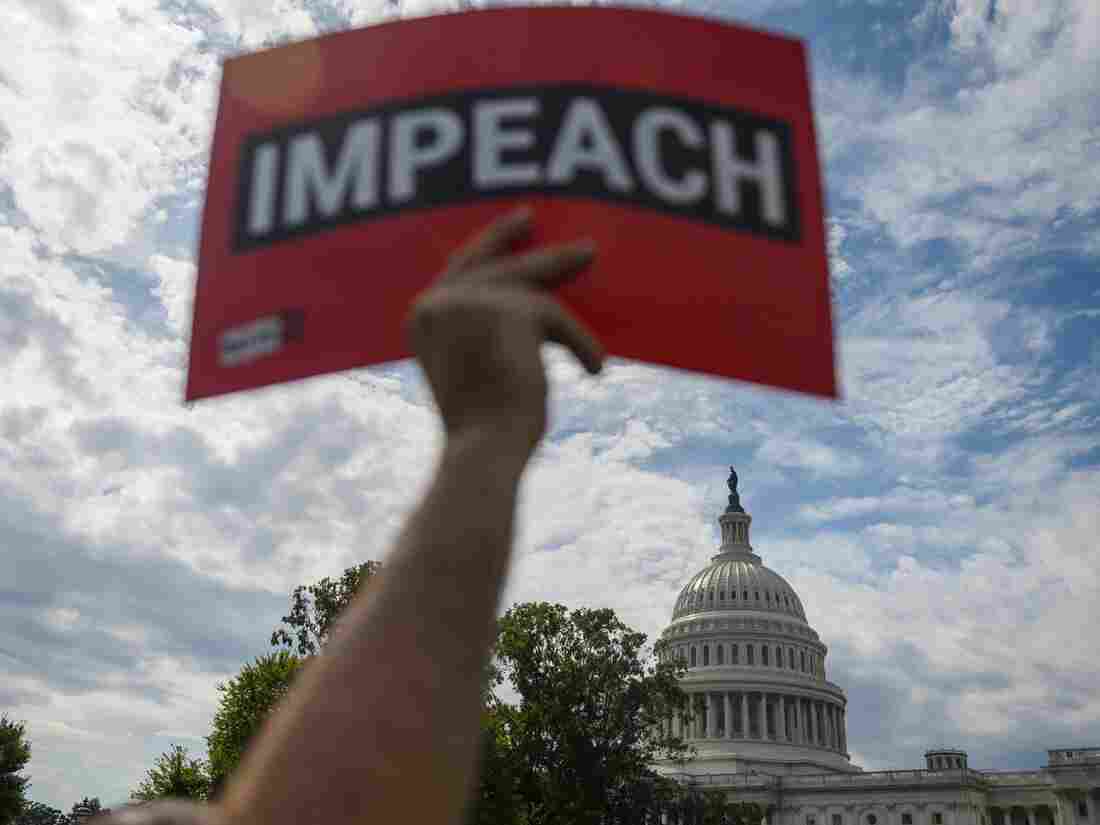 With a little global perspective, the looming impeachment trial and the intensifying 2020 campaign may have brought Americans one lesson: Elections count. Andrew Caballero-Reynolds/AFP/Getty Images hide caption With a little global perspective, the looming impeachment trial and the intensifying 2020 campaign may have brought Americans one lesson: Elections count.

American democracy can seem messy in a week like this. Impeachment hearings looming; six-headed debates; people snapping, sniping; and all the costly, time-consuming and chaotic accouterments of polls, fundraising and campaign rallies.

It's one way to run a country. But we can get a little perspective from around the world.

Just this week in Russia, Vladimir Putin shifted power in the government so when he leaves that office in 2024, he can continue to rule and enrich himself, as he has for 20 years.

President Xi Jinping ended term limits on China's leaders in 2018. You don't even have to mention Cuba, Iran, North Korea, Saudi Arabia or any other authoritarian government to see how, all over the world, leaders left and right wing just hold on to power.

Hugo Chavez eliminated Venezuela's presidential term limits in 2009. His successor, Nicolás Maduro, has kept his grip on the government with elections that the Venezuelan National Assembly and the Organization of American States call fraudulent, after opposition candidates and electoral observers were excluded.

Turkey's Recep Tayyip Erdogan took power as prime minister in 2003 — was elected president in 2014, then established an "executive presidency" in 2017. He has suppressed a free press and arrested political opponents and academics.

In Africa, Isaias Afwerki led the Eritrean People's Liberation Front to victory in 1993 — and has been president of Eritrea ever since, a distinction no doubt made easier by outlawing all other political parties and locking up political prisoners.

The Council on Foreign Relations also says that since 2000, at least 17 other African heads of state have tried to change their country's constitutions to stay in power.

Viktor Orbán is strengthening his hold on Hungary.

Prime Minister Benjamin Netanyahu wants the Israeli parliament to give him immunity from prosecution on bribery and fraud before Israel's next elections in March.

This week, there may have been a message in all the American messiness.

Legislators have real powers and responsibilities. A free press can break important, critical stories about people in power. Even an imperfect democracy can give dissident voices the chance to be heard and keep open chances for change.