Accessibility links
Pinegrove, Pinenuts And Pinetabs: A Conversation with Evan Stephens Hall : All Songs Considered The Pinegrove singer talks about the band's latest album and how fans have interpreted the new songs, using chord tablature the band provided for fans online. 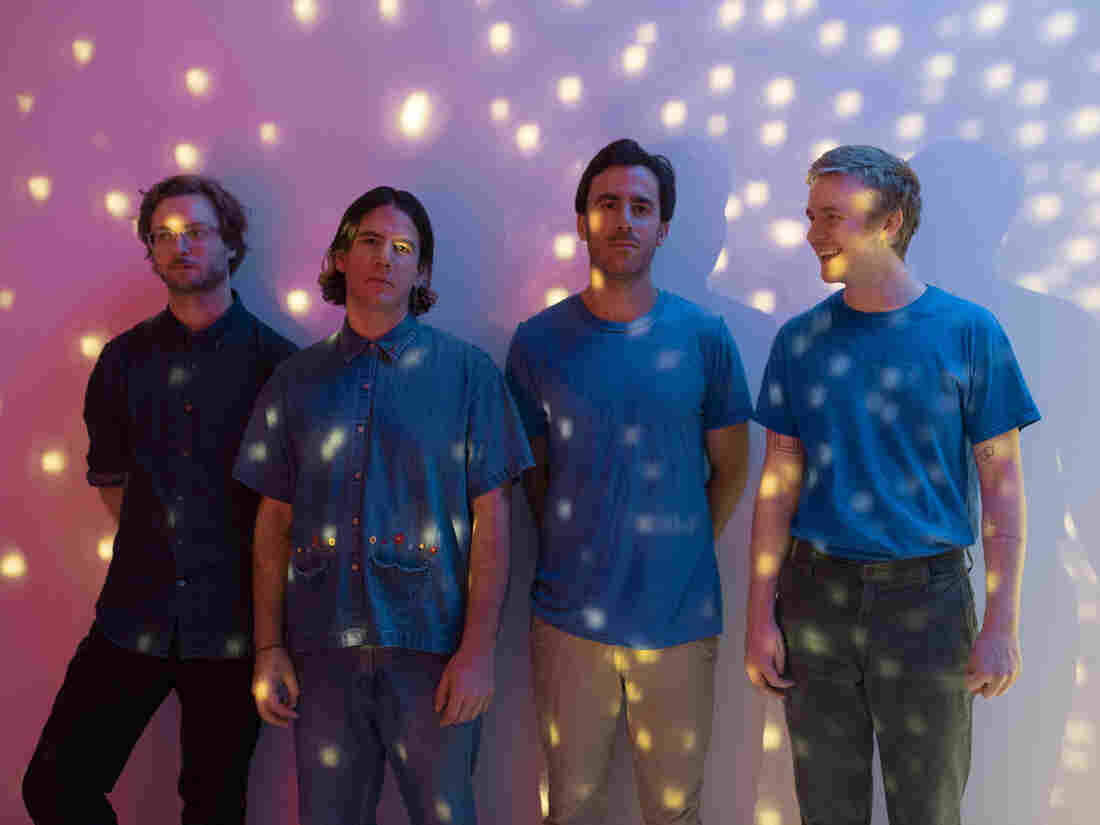 This edition of All Songs Considered is a conversation with Evan Stephens Hall, the main singer and songwriter of Pinegrove. Before the band released their new album, Marigold, they did something fascinating. They released something they call "Pinetabs" — chords and lyrics, known as tablature, for all the songs on Marigold. The band encouraged its fans to imagine and interpret and perform these unheard songs with these skeletal guides. The results are fascinating. Some of the interpretations are uncannily spot on; others are reflections of the performer's own style through their interpretations.

Hall told me that some of the songs on Marigold, in particular the song "Alcove," tackle the issue of hibernation and patience. This is the first batch of songs written since Pinegrove went on hiatus in 2017, following accusations of sexual coercion made against Hall by a member of Pinegrove's crew. In a New Yorker article published this month, Hall characterizes the band's hiatus as "a period of intense self-reflection" for him. He spent that year in therapy and, at the request of his accuser, the band went a full year without touring.

Pinegrove fans are pretty passionate fans, and understandably, many have had mixed feelings about how to deal with the band. Some have walked away. I have felt torn. I've loved this band's music, and I was upset about the accusations. In statements and interviews over the past two years, I believe Evan Stephens Hall has spoken about his actions and his feelings in clear, thoughtful ways. If he hadn't, I wouldn't have had this conversation. I've also seen a great deal of enthusiasm from some fans, notably those posting their "Pinetabs" on social media.

Those accusations, and how Hall responded to them, are part of Pinegrove's story now (in addition to the recent New Yorker article, you can read a story Pitchfork published in 2018). You might hear his thoughts in these new songs, though he told me that they are meant to have a universal message, not an autobiographical one. This conversation does not directly address the accusations. We spoke about the songwriting process for Marigold and the reactions of fans to the songs through their interpretation of those "Pinetabs."