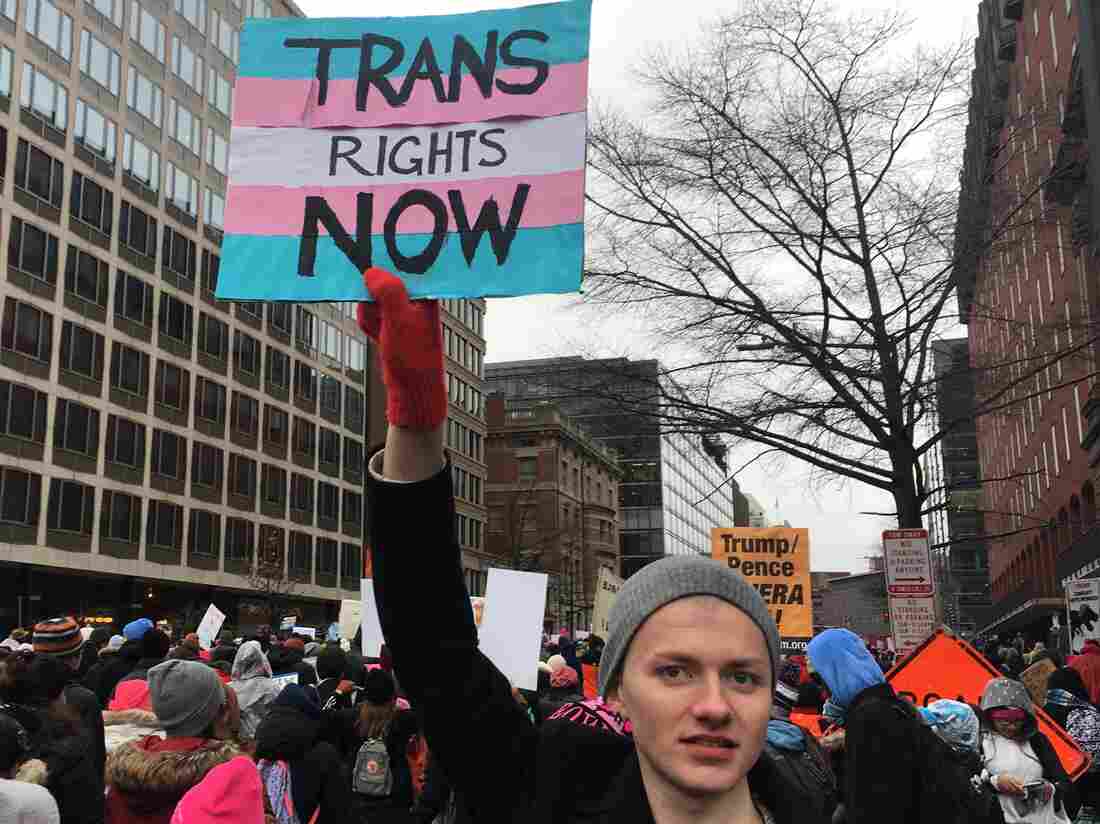 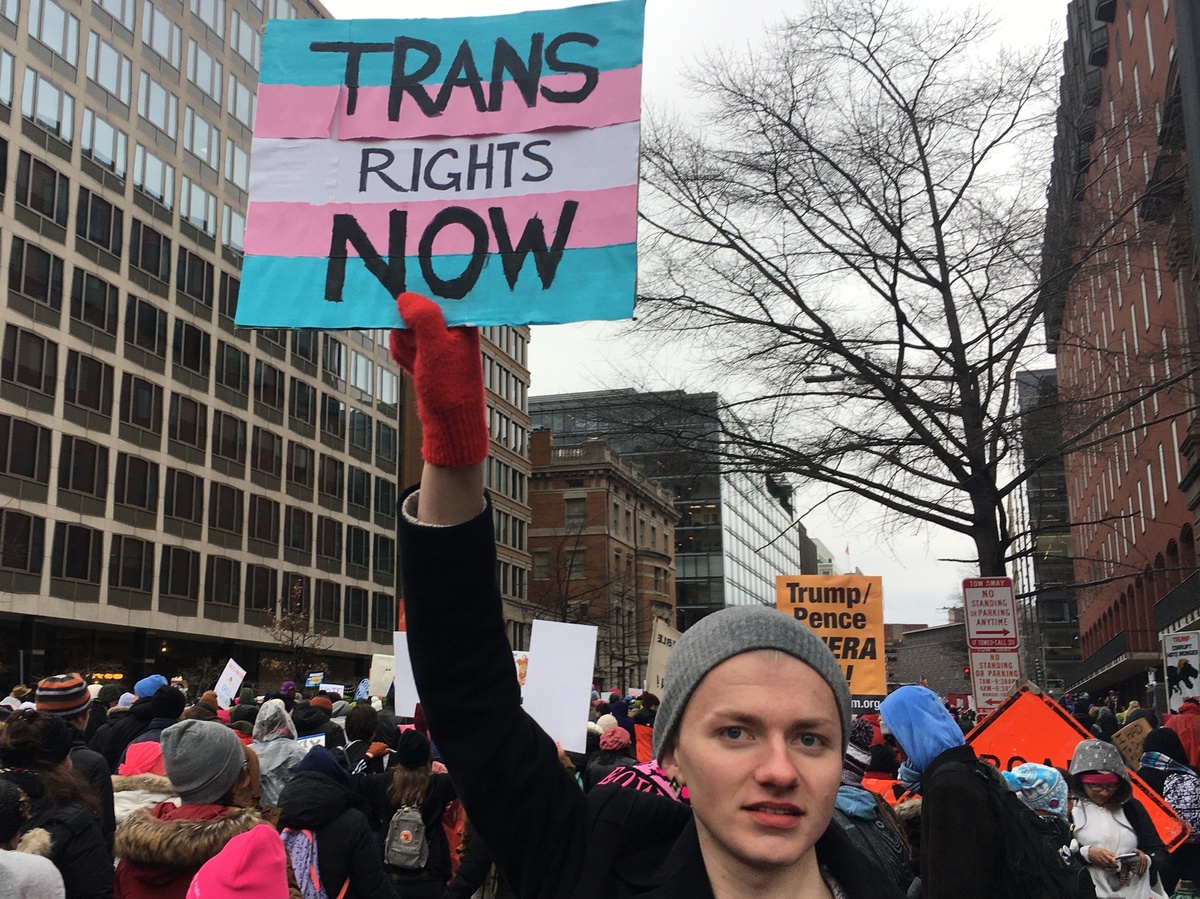 Protester Connor Czora spoke out on behalf of transgender students at the 2020 Women's March in Washington, D.C.

The fourth annual Women's March descended on the streets of Washington on Saturday. But unlike the first demonstration that brought hundreds of thousands to the capital the day after President Trump's inauguration, the march drew just a fraction of the original turnout as the movement has struggled with changes in leadership and questions about inclusivity.

The demonstration in Washington was the main march, but sister marches were also held in more than 200 cities around the world, including Los Angeles, Chicago and Brussels.

As snowflakes began to fall in Washington, protesters gathered at Freedom Plaza to hear several members of the Women's March board speak before taking off on the designated route around the White House. This year, the march focused on three main issues: climate change, reproductive rights and immigration.

Nadrat Amos, 18, participated for the first time along with several classmates from Howard University. She said she'd stayed away from previous marches because she felt like the organization primarily championed white, middle-class women. But going into this year's election, she said, it became increasingly important to her to show up on behalf of all people of color and black women, specifically.

The energy we’re bringing now through November 3rd. 2020 is our year.

Thank you @BatalaDC for marching and bringing the rhythm. #WomensMarch2020 pic.twitter.com/oZiqgXHF9X

"The Women's March has had a history of marginalizing certain people. They want their version of smashing patriarchy to look a certain way," she said. "I'm black, I'm proud. This is my march as much as it is any other person's march."

Amos' criticisms come at a time of transition for the organization. After claims of anti-Semitism pushed three founding members of the Women's March to step down from their roles last year, a bigger and more diverse board took their place.

This year's anti-Trump demonstration drew a significantly smaller crowd than in 2017 when crowds overwhelmed parts of downtown Washington and high-profile activists like Madonna and Gloria Steinem addressed the marchers.

The permit filed with the National Park Service for this year's march, by comparison, allowed up for up to 10,000 people.

Protesters like Becky Halbe, who used to work at the U.S. Fish and Wildlife Service, said she didn't feel phased by the lower turnout.

"The energy is still there. We can't give up — this is important to show that we do care," she said.

Unlike in previous years, Saturday's march in Washington did not feature a stage for performances and speeches from celebrities. Instead, in an effort to reconnect with supporters, organizers marched alongside everybody else.

Upon reaching the White House, Chilean collective LasTesis led the crowd through a rendition of their viral protest anthem "Un Violador En Tu Camino" ("A Rapist in Your Path").

A different group of protesters also stopped in front of the White House to chant the words of Article 2, Section 4 of the Constitution in reference to President Trump's impeachment. Quoting the Constitution, they chanted: "The President, Vice President and all civil Officers of the United States, shall be removed from Office on Impeachment for, and Conviction of, Treason, Bribery, or other high Crimes and Misdemeanors."

For Connor Czora, who carried a sign with the colors of the transgender flag in Washington, Saturday's march represented an important moment in the fight against the people they described as most targeted by the Trump administration.

"I'm here in support of women protesting against Trump's actions, against his divisive rhetoric, against his attacks on women and trans people," Czora said. "Trans women are especially under attack."