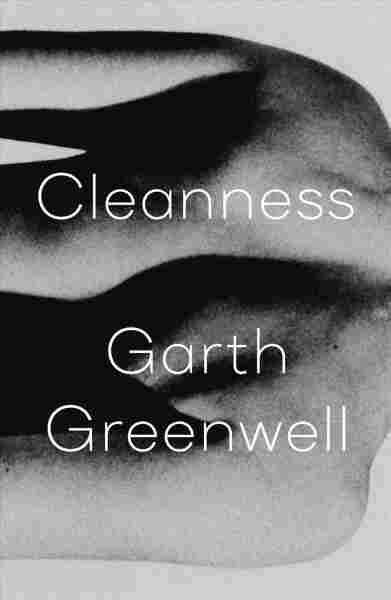 Halfway through Garth Greenwell's exquisite story collection, Cleanness, the narrator and his boyfriend wander through a Bologna museum devoted to a single, unnamed artist. The narrator becomes transfixed by paintings "humming at a frequency I wanted to tune myself to catch."

You don't need to have been to Bologna (I haven't) to recognize that Greenwell has discovered Giorgio Morandi, a twentieth century Italian painter whose small, haunting still lifes evoke mystery and wonder. The giveaway is the narrator's sequence of reactions: His initial impression that the paintings are "quiet and unambitious," followed by his "looking longer, looking more slowly" at one in particular," the empty plates and bowls set against a plain background, the mismatched cups, the pitcher rising "oddly elongated behind them ... eccentric, asymmetrical," the painting exuding a "kind of presence."

Greenwell brews an alchemy similar to Morandi's in his writing. Cleanness follows Greenwell's novella, Mitko, which became a section of his remarkable first novel, What Belongs to You, set primarily in Bulgaria. The narrators in all three books are young, gay, American men who teach English in an elite Sofia high school. Perhaps Cleanness is a sequel to What Belongs to You; perhaps not, but no matter. The books stand on their own. In each, Greenwell displays a precocious ability to take readers into his narrator's mind and body.

Cleanness' protagonist explores Sofia and its surroundings, seeking sex, and even more so, love. Characters are unnamed. Three numbered sections comprised of named chapters gives Cleanness the feeling of linked stories. The protagonist/narrator recalls encounters — some more satisfying than others — unfolded across a carefully titrated emotional spectrum. This man feels and loves intensely. He yearns for meaningful human connection, while at the same time observing himself dispassionately, analyzing his psyche like judge and jury.

Greenwell submerges readers in the bedroom, sharing his protagonist's intense attractions and doubts. A lover who says "you're very fat" causes him to look "at my thighs and flesh folded over them, and though I remained silent ... It was part of our contract, that he could say such things and I would endure them." And with a Bulgarian stranger, "I felt ... that he had slipped into a fantasy that had very little, had possibly nothing to do with me."

Of the book's three sections, only the middle is titled: "Loving R." The narrator embarks on a long-term relationship with R., a man from Lisbon. He's filled with a hope that's blended with sorrow, described in the chapter called "Cleanness."

Sex had ... always been fraught with shame and anxiety and fear, all of which vanished at the sight of his smile, simply vanished, it poured a kind of cleanness over everything we did.

The word "cleanness" takes on a weight laced with judgment and self-loathing, but possibility as well. The protagonist has never wanted permanence, but what he feels for R. is different. On a road trip, R. jumps for joy on the bed. The narrator laughs with him, even as he senses "just past the edges of what we felt, a hovering dread." The relationship cannot survive, not least because R. cannot emigrate from Portugal. To let it go feels like an act of bad faith on both of their parts — "maybe it isn't fair to think that but I thought it."

In addition to friend and lover, the narrator is also teacher and mentor. He takes his teaching seriously, while also acknowledging it as a "pretending."

Greenwell's prose sings, even as much of the music occurs in the rests.

We come to know him in these iterations through expertly rendered flashbacks. He plows through complex Bulgarian politics, contextualizing ongoing student protests as he recalls a young woman in his class sick of this "nostalgia bull****." He muses over centuries of history — all within half a page — his students' despair and confusion over their national identity, "the nineteenth-century liberation and Bulgaria's medieval greatness, when its borders had touched three seas ... a phrase the far right used to stoke nationalist feeling." He joins a protest he fears will turn violent, once more making an effort to immerse himself in experience, while making observations with the precision of a diamond cutter.

There are seminal life experiences he glosses over; the negative space around them resonating with import. He alludes to a misguided conversion to orthodox Christianity ("I played at conversion in grad school"), and recalls his father's beatings ("I'll tan your hide") while removing his belt to whip a lover ("This wasn't part of the scene we had planned ... I wasn't sure it was a scene I liked.") He walks the line between consensual sex and assault, coolly appraising each.

A gallery owner in northern Bulgaria informs him that the mythological Orpheus is buried nearby, conjuring both musical prowess and the fateful, backward glance at Eurydice. Cleanness is Greenwell's backward glance, humming with insight. The book traverses an arc that is part heartbreaking and part forward looking. Ultimately, the narrator decides to leave Bulgaria for an unknown future. "I'm going back to America," he tells a friend, "but I'm not going home." He throws up his hands, adding, "I don't know anything ... don't listen to anything I say."

On the contrary; do listen, for Greenwell's prose sings, even as much of the music occurs in the rests. This writer understands beauty and loss, sorrow and hope, his fluid writing making the telling seem effortless.