Accessibility links
SpaceX Celebrates Test Of Crew Dragon Capsule That Will Carry NASA Astronauts NASA Administrator Jim Bridenstine and SpaceX's Elon Musk called the test of the Crew Dragon capsule a success. NASA hopes to use the capsule to bring astronauts to the International Space Station. 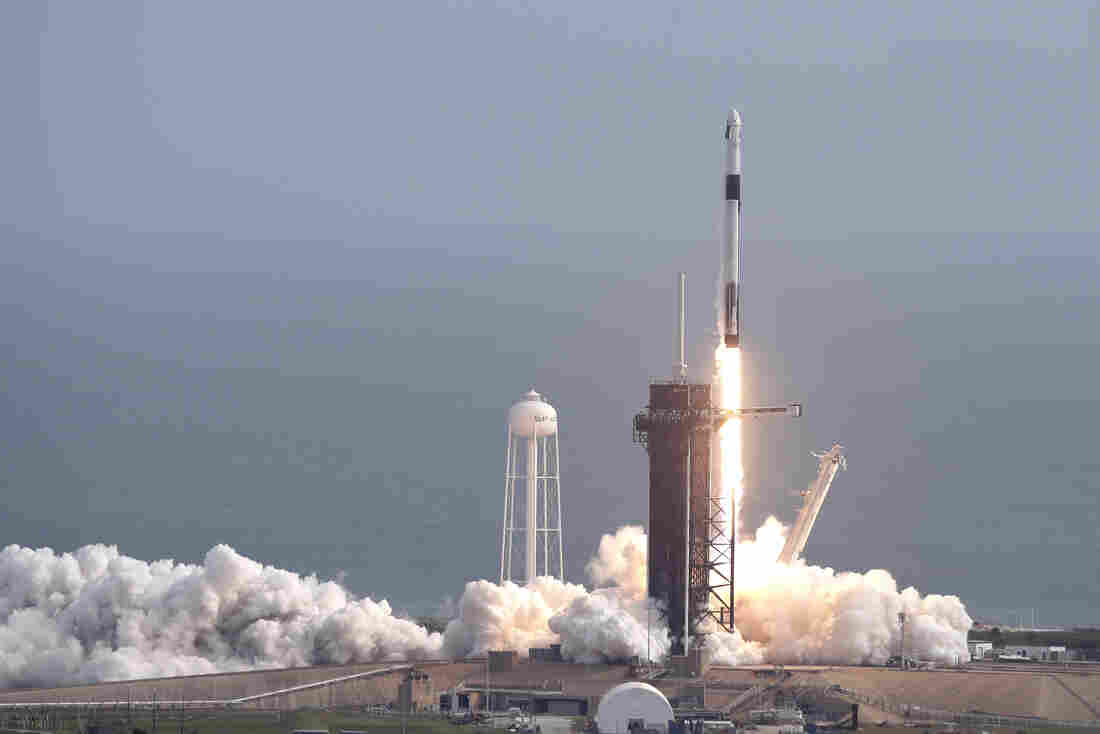 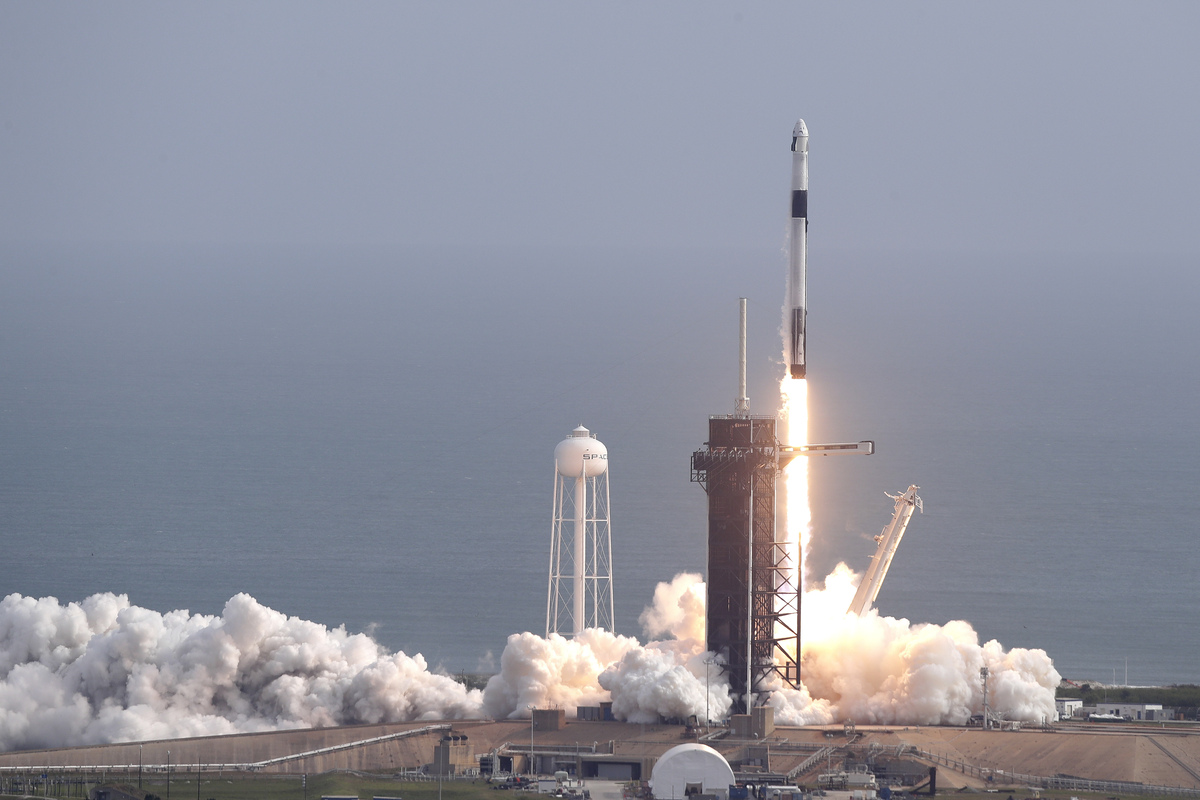 SpaceX successfully tested the emergency escape system of its Crew Dragon capsule on Sunday. The capsule is designed to carry astronauts to the International Space Station for NASA.

From a launch pad at the Kennedy Space Center on Sunday, Elon Musk's SpaceX launched its latest rocket test into the Florida sky. Less than two minutes later, it exploded — just like the company hoped it would.

The explosion itself wasn't so much the success as was what came just before it. That's when the Crew Dragon, a capsule meant to carry astronauts into space, separated from the rocket. That separation was the goal of Sunday's test.

Dragon has separated from Falcon 9 and its SuperDraco engines have completed their burn pic.twitter.com/tDhogz1qQ9

The Crew Dragon is designed to bring astronauts to the International Space Station for NASA. But before putting humans on board, SpaceX needed to prove the capsule's escape system would work in the event that a failure occurred during launch.

With Sunday's successful test, Musk, the CEO of SpaceX, said it is now "probable" that the first mission with astronauts on board could happen as early as the second quarter of 2020. He told reporters the test "went as well as one could possibly expect."

"I'm super fired up," said Musk. "This is great. This is really great."

The whole test only took about nine minutes from launch to when the Crew Dragon capsule splashed down in the Atlantic ocean.

NASA Administrator Jim Bridenstine called the test a success and congratulated both the NASA and SpaceX teams after the event.

"This critical test puts us on the cusp of once again launching American astronauts on American rockets from American soil," Bridenstine said in a tweet.

Following the Dragon capsule's separation from SpaceX's Falcon 9 rocket, the "trunk," or lower half of the spacecraft, dropped off. The spacecraft then reoriented in preparation of reentering the Earth's atmosphere. Two sets of parachutes were deployed ahead of splashdown to control the descent.

Though there were no humans on-board for the flight, test dummies were placed in the capsule to help measure the forces a crew might experience during as escape.

Both Bridenstine and Musk said they are looking forward to next steps, which includes additional parachute tests and analyzing the data collected from the Crew Dragon capsule.

SpaceX is not alone in working with NASA to build crew capsules. Boeing was also hired by the space agency and has developed its own spacecraft known as the Starliner.

During a December test, the Starliner was forced to abort its mission to dock at the International Space Station. The Starliner went into the wrong orbit due to an problem with the capsule's internal clock. There was no crew on board for the test.

NASA hired the two companies to build crew capsules for astronaut missions. The agency's space shuttles were retired in 2011.

Since then, astronauts have had to rely on Russia's Soyuz rockets to get to space. Bridenstine said NASA will buy another seat from Russia to make sure there continues to be an American presence on the space station.