Accessibility links
Canada Sends Armed Forces To Help Newfoundlanders Dig Out After Blizzard In the capital city of St. John's, the snowstorm completely buried cars and caused thousands to lose power. As much as 30 inches of snow fell in some parts of the city. 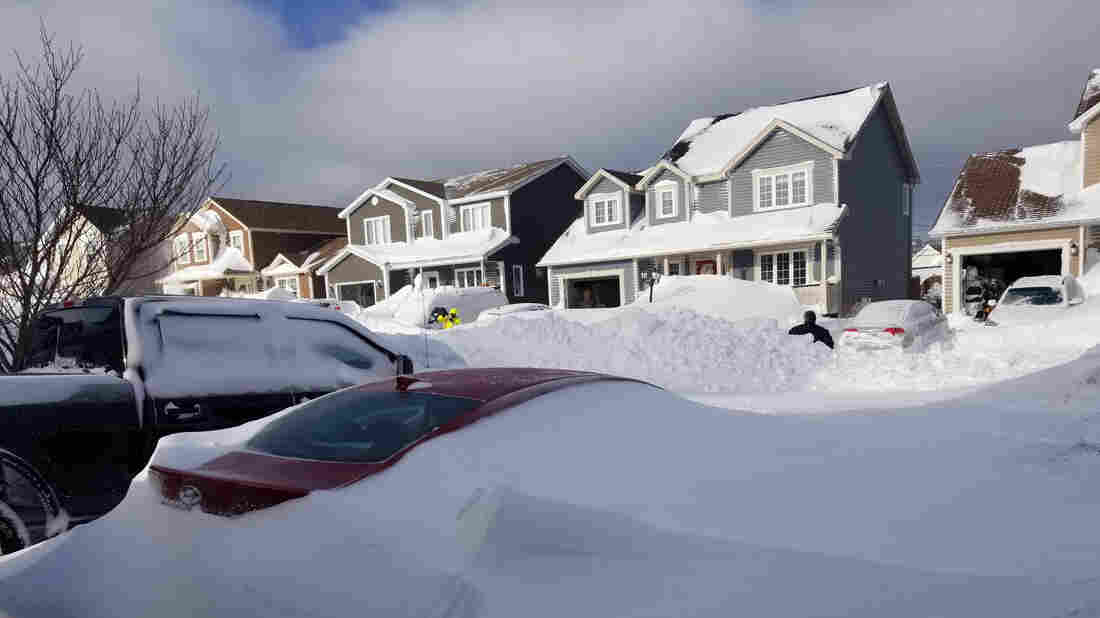 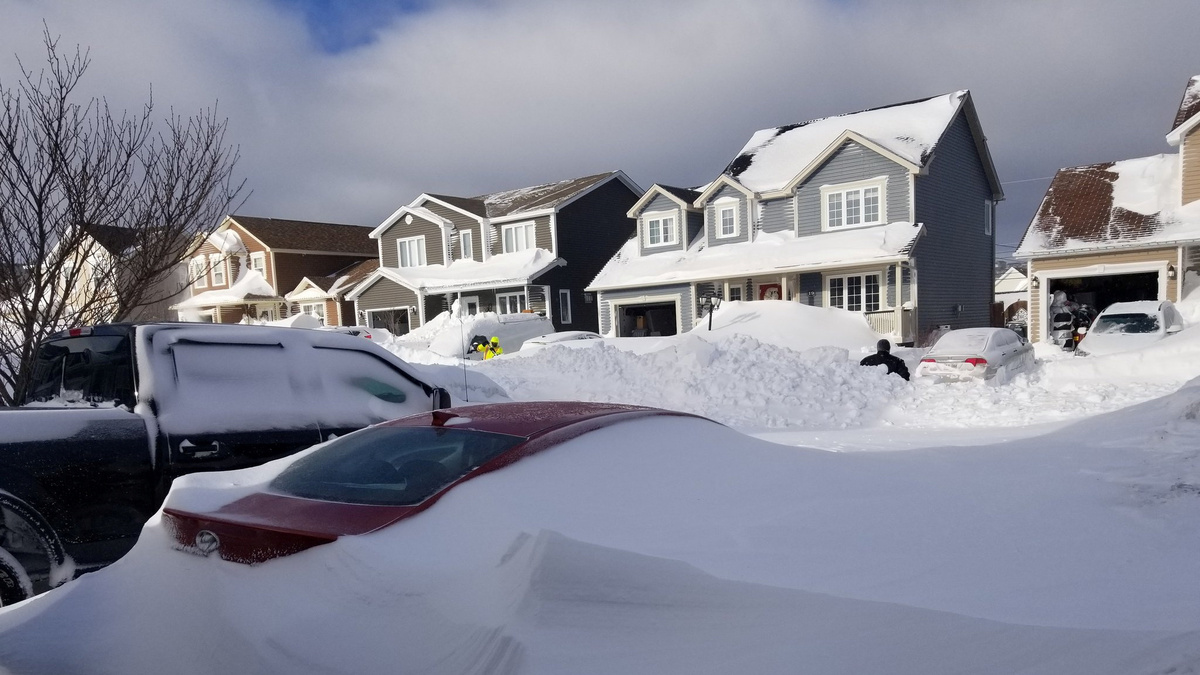 Snow covers cars in Paradise, Newfoundland, Canada, over the weekend in this image obtained from social media.

The Canadian Armed Forces are helping residents dig out of the snow after a powerful blizzard hit the easternmost province of Newfoundland and Labrador over the weekend.

In the capital city of St. John's, the snowstorm completely buried cars and caused thousands to lose power. The massive storm dumped as much as 30 inches of snow on the city, according to The Guardian.

The unprecedented snowfall in St. John's buried countless cars overnight, including this one. #NLStorm2020 pic.twitter.com/oYDY3ujbJG

High winds created drifts that completely blocked doors and left many snowed in.

In a region accustomed to unruly winter weather, many residents took to social media to share photos and video of the storm's impact.

Almost all snowed in. The good news is that this is a drift and there is freedom on the other side. #nlwx pic.twitter.com/X4CRcx1xM6

Olaf the Snowman, the Morning After Getting Plowed on The Rock! #Newfoundland #Stormageddon2020 #NLBlizzard2020 pic.twitter.com/BEuURZnCBa

Mayor Danny Breen declared a state of emergency on Friday that will last through Monday as the city continues the mammoth work of trying to clear the streets.

Most businesses remained closed on Sunday and St. John's international airport said it would remain closed to commercial flights until at least 8 p.m. Monday.

Of those that were able to get out of their homes early, some took advantage of the unplowed roads. Watch for yourself: