Accessibility links
Review: 'The Majesties,' By Tiffany Tsao Tiffany Tsao's novel explores the dark secrets of the wealthy Chinese-Indonesian Sulinado family, who fall victim to one of their own when daughter Estella poisons the entire clan at a family dinner.

'The Majesties' Is Disturbing, Yet Shockingly Enjoyable

'The Majesties' Is Disturbing, Yet Shockingly Enjoyable 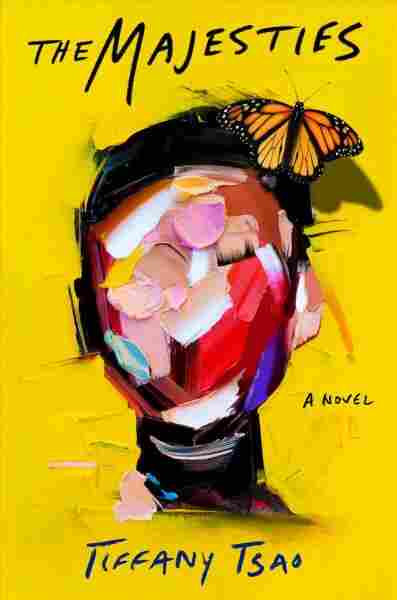 It's pretty clear why Tiffany Tsao's The Majesties has been compared to the smash hit Crazy Rich Asians. After all, both are about obscenely wealthy Chinese families. But once I started reading, it became clear that this is a very different story — if Crazy Rich Asians was all about the luster and the shiny surface, The Majesties is focused on the grit and ruthlessness that makes the opulence possible.

The Majesties is billed as a thriller (the publisher description compares it to Gillian Flynn), but it doesn't quite conform to the conventions of that genre. It's a family drama about the Sulinados, a Chinese-Indonesian dynasty, specifically sisters Gwendolyn (nicknamed "Doll") and Estella. When the novel opens, Doll is lying in a hospital bed, the sole survivor of an attack on her family. She's quick to reveal that the perpetrator of the crime was none other than her beloved sister, who also perished. It's certainly a fascinating premise, and it drew me in right away. The decision to reveal the answer to the mystery at the beginning of the novel was a daring one, but it necessarily forces readers to focus on the events that led to this drastic event, rather than treating it as a traditional thriller. From the first pages, I expected to race to the end of the novel, eager to discover the truths that Tsao was ready to lay bare. And I did just that, though not for the reasons I expected.

From the first pages, I expected to race to the end of the novel, eager to discover the truths that Tsao was ready to lay bare. And I did just that, though not for the reasons I expected.

The thriller plotline that weaves through The Majesties centers around Estella's motives: What would drive her to poison her entire family? But I found the tension somewhat lacking, because I already knew the answers to the mystery. The entire frame of the novel already centers on the whos, whats, and wheres. The only question left is why, which makes for a fascinating and well-written story, but it's not really a thriller. It's family dynamics that keep the reader hooked, not necessarily the whodunit of it all, and I wonder if that descriptor might do this otherwise excellently plotted and well-written book a disservice.

I was completely taken in by the infighting, backstabbing, and utter lack of regard that permeates this family. Every character involved is despicable in their own way, including the narrator, Doll, but the book is never difficult to read. Tsao manages to make her characters sympathetic even if they are unlikeable — which is difficult for even the most seasoned of authors. I never hated any of them, but I recognized how much personal decency each was willing to sacrifice for the sake of the family.

Any wealthy family, especially one as incredibly rich as the Sulinados, likely made their fortune through a mix of good business sense and utter ruthlessness, and it's the latter that makes The Majesties so compelling. The novel is an exploration of what it takes for this family to thrive, and it's not a pretty picture. And there's more here than just wealth; Tsao delves into issues of racism, sexism, emotional and physical abuse and more in this depiction of Chinese-Indonesian high society. Making it all the more haunting, we see everything through the eyes of Doll, who's too naïve and cloaked in privilege to see the truths around her.

Tsao excels at delivering biting social commentary while also telling a riveting story. It's dark and often bleak, to be sure, but that never weighs the narrative down. I raced through The Majesties, unsure of how I wanted it to resolve, but knowing I wanted to arrive at some kind of satisfaction, a sense of relief after the darkness had washed over me. But the fact is, a book that grapples with such systemic, ongoing problems could never have ended cleanly, nor did it.

Because this is a thriller, there is, of course, a twist at the end. After days of puzzling over it, I'm honestly still not sure whether it worked for me or not. But I think the fact that I am so unsettled by the read as a whole makes The Majesties a resounding success. It's shocking how enjoyable and delicious this dark, disturbing novel was, and that unease will sit with me for a long time to come.

Swapna Krishna writes about space, tech, and pop culture at outlets such as Engadget, StarTrek.com, and Oprah Magazine. You can find her on Twitter at @skrishna.