Accessibility links
Impeachment: Trump Legal Team Offers Fiery Response In New Filing The White House is releasing a formal legal brief to the Senate laying out Trump's defense, ahead of the Tuesday start to the impeachment trial. An executive summary was obtained by NPR. 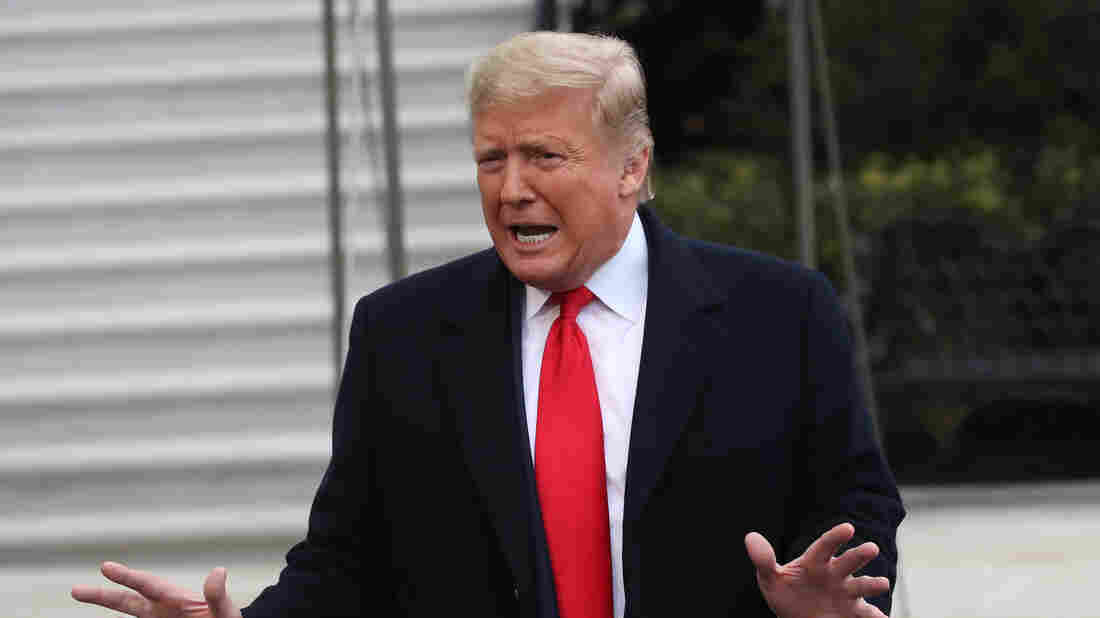 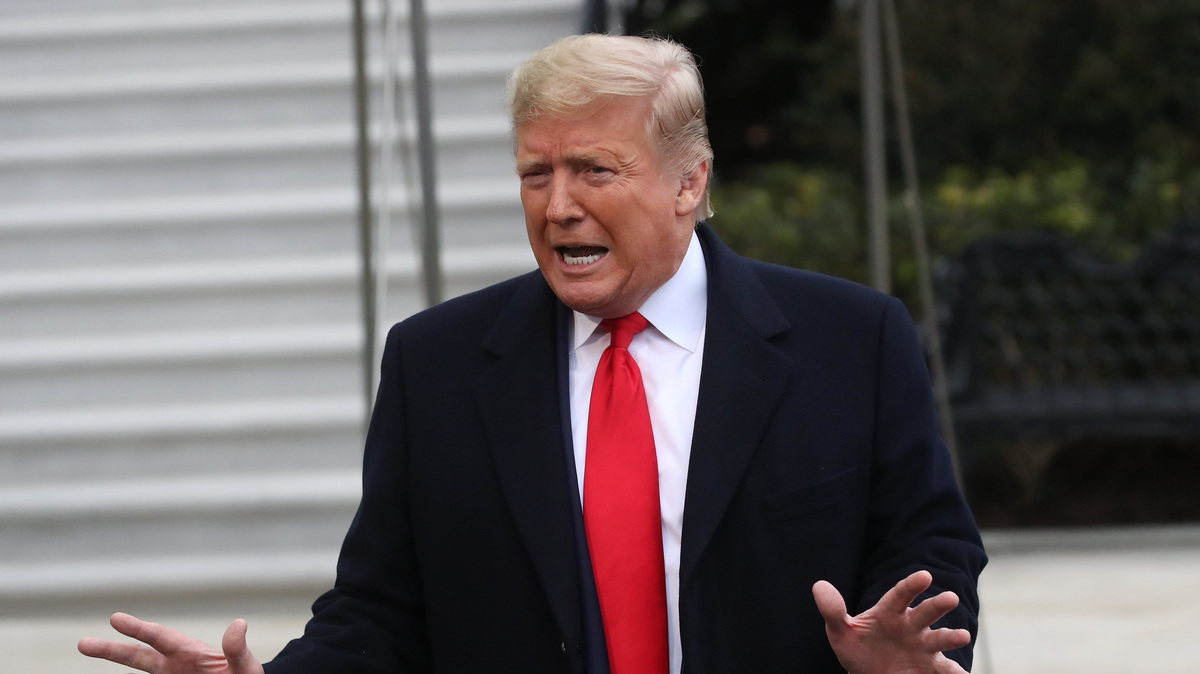 President Trump's legal team offered a fiery brief in his defense on Monday, one day before the Senate impeachment trial is expected to begin.

The White House is offering a fiery legal response to the articles of impeachment, in an executive summary of a legal brief obtained by NPR.

Decrying a "rigged process" that is "brazenly political," President Trump's legal team accuses House Democrats of "focus-group testing various charges for weeks" and says that "all that House Democrats have succeeded in proving is that the President did absolutely nothing wrong."

They sum up the impeachment as "a dangerous perversion of the Constitution that the Senate should swiftly and roundly condemn."

The full brief, totaling 110 pages, was sent in response to a Senate summons ahead of the trial, set to begin Tuesday.

"It's been a substantial project," said a source working with the president's legal team who spoke on condition of anonymity. "It's a Supreme Court caliber brief."

The brief expands upon arguments made in a document released over the weekend answering the articles of impeachment, dealing with both process and substance. They argue that the president cannot be impeached for an abuse of power short of a crime and that the president didn't abuse his power anyhow.

"Abuse of power isn't a crime," said the source.

Democrats argue abuse of power is the very thing the Framers had in mind and that "high crimes and misdemeanors" spelled out in the Constitution isn't meant literally, but is a term of art. Over time, federal officials have been impeached without criminal accusations. But Trump's legal team says no president has been impeached without a criminal offense and charging abuse of power is simply too subjective. "It would alter the separation of powers to allow this sort of vague standard to be used, to impeach the president," the source said.

The brief also argues that the article of impeachment for obstructing Congress is invalid because of standing executive branch protections and because the House didn't pursue judicial recourse to force cooperation.

House Democratic impeachment managers responded to the Trump legal team's arguments on Monday. "The Framers deliberately drafted a Constitution that allows the Senate to remove Presidents who, like President Trump, abuse their power to cheat in elections, betray our national security, and ignore checks and balances," they wrote. "That President Trump believes otherwise, and insists he is free to engage in such conduct again, only highlights the continuing threat he poses to the Nation if allowed to remain in office."

The House managers also repeatedly denied the accusations made against them by the Trump legal team.

As for the phone call at the heart of the impeachment inquiry where President Trump asked President Volodymyr Zelenskiy of Ukraine to look into Vice President Joe Biden and his son Hunter Biden, the brief by the president's team argues that Trump was justified to inquire into the Biden's due to corruption concerns in Ukraine. On the security aid, they point to Ukrainian President Zelenskiy's public comments that he felt no pressure and the fact that the aid was eventually released, though that was after Congress started inquiring about the holdup.

The brief concludes that "the Senate should speedily reject these articles of impeachment and acquit the president." Asked if this means Trump's legal team will seek an immediate dismissal of the charges, the source declined to share "the exact strategy that we will have in the courtroom," but added "it is clear and I think this brief makes it clear that these charges are so insubstantial and so deficient on their face, they would merit immediate dismissal. There's no need to proceed further but I'm not going to get into exactly the way we're going to handle it."

On Saturday, House impeachment managers offered their formal brief to the Senate, saying that "President Trump's conduct is the Framers' worst nightmare." They outlined the case that he abused his power through an extended pressure campaign against Ukraine to investigate the Bidens, and that the president obstructed Congress by ordering members of his administration "to defy every subpoena" and refuse both testimony and documents from many officials.

Senate Majority Leader Mitch McConnell is set to announce the rules that will govern the impeachment trial on Tuesday. Responding to the possibility that each side will get 24 hours split over two days to make their case, a source working with the president's legal team said "we're fine with the package of rules that the leader will come up with." Democrats are already protesting the idea of a trial that could extend into the wee hours of the morning.