Accessibility links
Destructive Hail And A Massive Dust Storm Descend On Fire-Ravaged Australia Canberra, Melbourne and other areas of southeast Australia were hit by golf-ball-sized hail that destroyed car windshields, killed birds and shredded the leaves off trees. 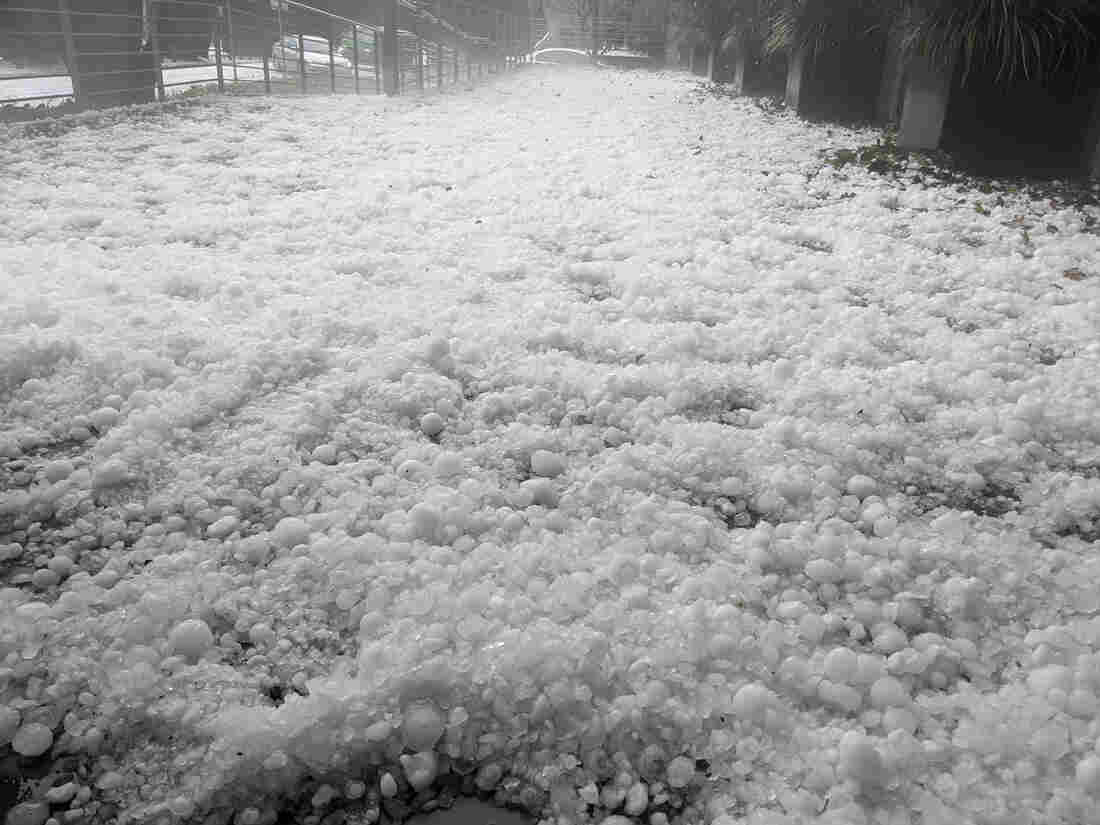 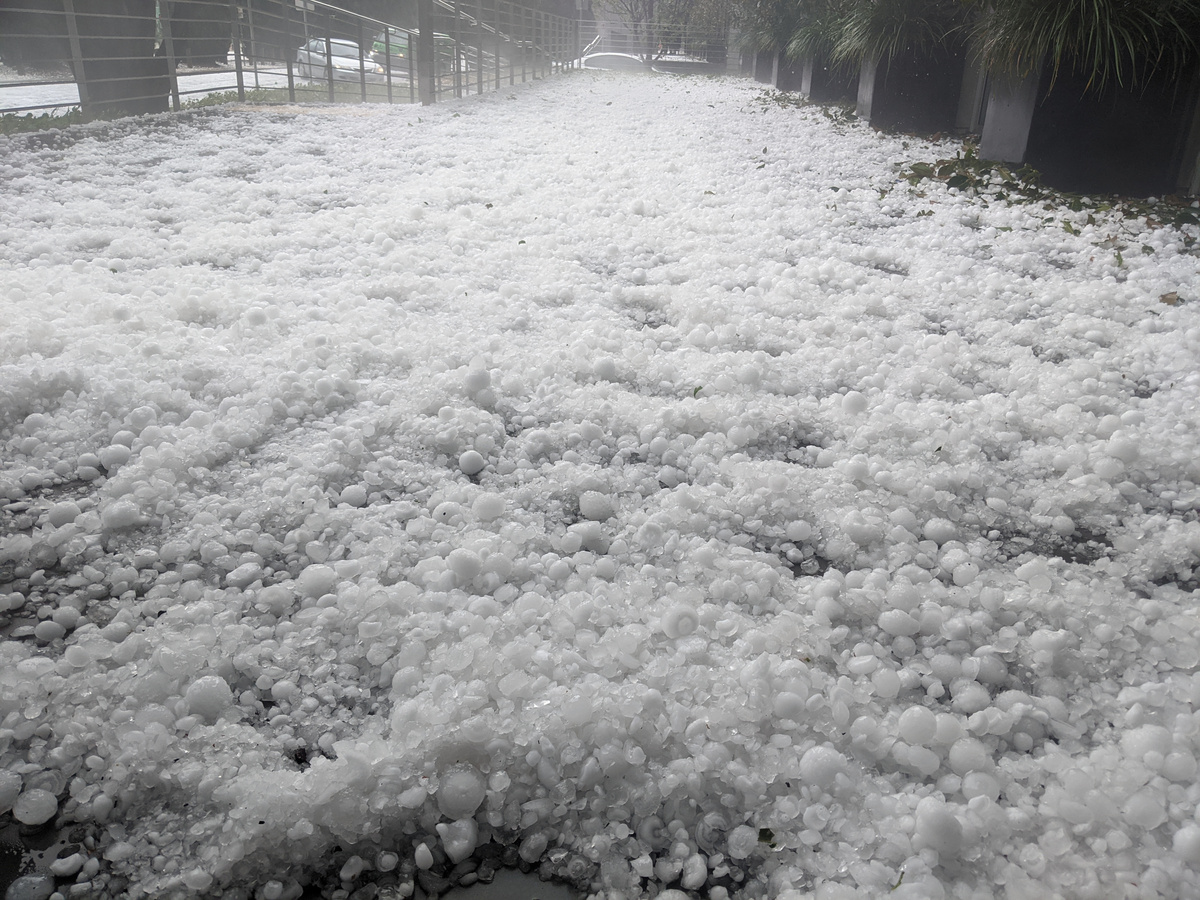 Golf-ball-sized hail carpets a street in Canberra on Monday, in a new twist on Australia's summer of extreme weather. The Australian Capital Territory's emergency service said it received a record number of calls for help — more than 1,900.

Australia's southeast was already dealing with the terrible effects of historic bushfires and huge smoke clouds. Then Canberra, Melbourne and other places were hit by golf-ball-sized hail that destroyed car windshields, killed birds and shredded the leaves off trees.

The Bureau of Meteorology in New South Wales, the country's most populous state, warned residents of "damaging winds, large, possibly giant hailstones and heavy rainfall" as it issued severe thunderstorm warnings in the east and northeast.

The storms also prompted warnings of flash floods — adding another element of risk to areas that have been hit hard by the fires.

In the Australian Capital Territory, which includes the capital city of Canberra, the weather service reported hail Monday measuring up to nearly 2 inches in diameter — accompanied by wind gusts that were near hurricane-strength.

The storm was intense and fast-moving. The territory's Emergency Services Agency reported receiving a record 1,900 calls for help — more than three times the average for a storm. All of those calls came in after midday, the agency said.

happy birthday val! 30 mins ago it was 30c and sunny. #melbweather pic.twitter.com/Xnpt9OBbOw

"Lucky I rode my bike today," Hilary Wardhaugh said on Twitter, posting a video of a parking lot at the National Library of Australia where cars' rear windshields had been smashed by hail.

"It was like Armageddon, basically," Wardhaugh tells the ABC. "Unbelievable. There were people running into the library but I'm really hoping that there's no one caught out in it."

The hail forced Australian National University in Canberra to close its campus for both Monday and Tuesday, saying it needed to assess damage "to a large number of buildings" and begin repairs.

The dangerous storms came at the end of a weekend that brought a huge dust storm to western portions of New South Wales — another jarring twist in Australia's summer of extreme weather.

"Day turns into night!" Australia's Bureau of Meteorology said via Twitter as it posted video of the leading edge of a massive dust storm that was poised to engulf the town of Narromine, some 250 miles northwest of Sydney. The huge storm quickly plunged the area into darkness.

Residents of Narromine and nearby communities had been looking forward to getting some much-needed rain — but as the ABC reports, those parched areas got only a sliver of rain, compared with the torrents that later hit the southeast portion of New South Wales.

Recent rains have provided some relief from Australia's drought. And they've helped firefighters gain new leverage in controlling dynamic wildfires. The bushfires have destroyed more than 2,600 homes since September, and 28 people have died — along with hundreds of millions of animals.

Showing the dramatic difference a steady rain can make for fire-ravaged areas, the actor Russell Crowe posted two images to Twitter Sunday showing his land in New South Wales, which was charred and smoky 10 weeks ago and freshly green on Sunday after heavy rains.

My place 10 weeks ago after the fire had gone through, and this morning after a big weekend of rain. pic.twitter.com/oOWz0gG5hp

As Australia takes stock of what it has lost in the epic fires, some forests and other important habitats might not be able to recover fully.

"The normal processes of recovery are going to be less effective, going to take longer," ecologist Roger Kitching of Griffith University in Queensland tells The Associated Press. He adds, "Instead of an ecosystem taking a decade, it may take a century or more to recover, all assuming we don't get another fire season of this magnitude soon."