Accessibility links
Meng Hongwei, Ex-President Of Interpol, Sentenced To Prison In China For Bribery Meng Hongwei, the global police agency's first Chinese president, disappeared in 2018 only to turn up in custody in China. Meng pleaded guilty last year to accepting more than $2 million in bribes.

Former Interpol President Sentenced To Prison In China For Corruption

Former Interpol President Sentenced To Prison In China For Corruption 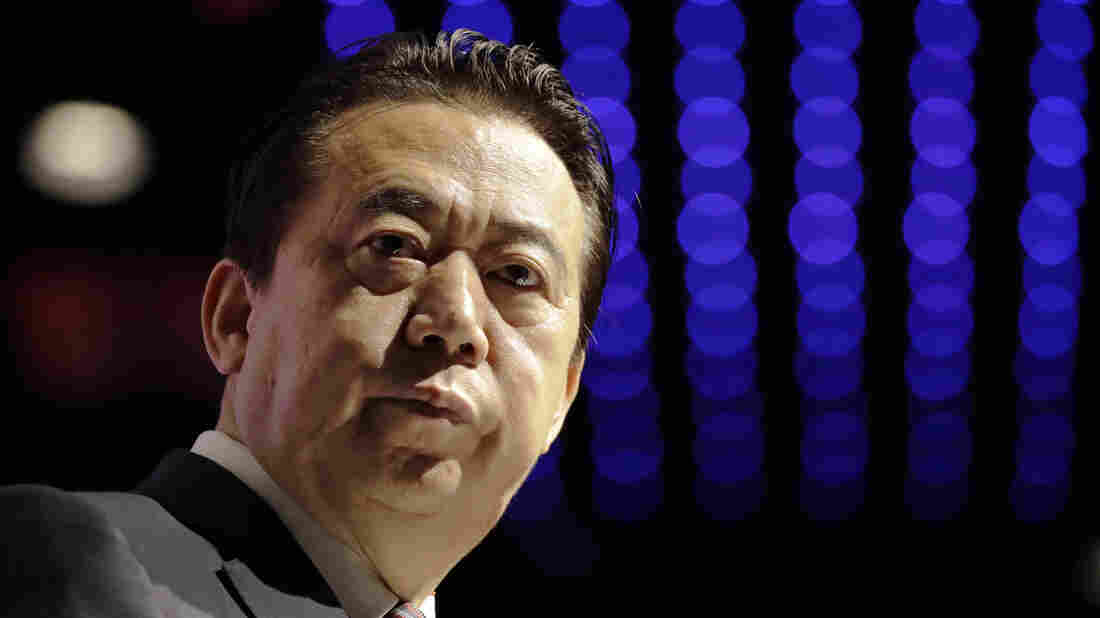 Former Interpol President Meng Hongwe has been sentenced to more than 13 years in prison in China for bribery. Wong Maye-E/AP hide caption 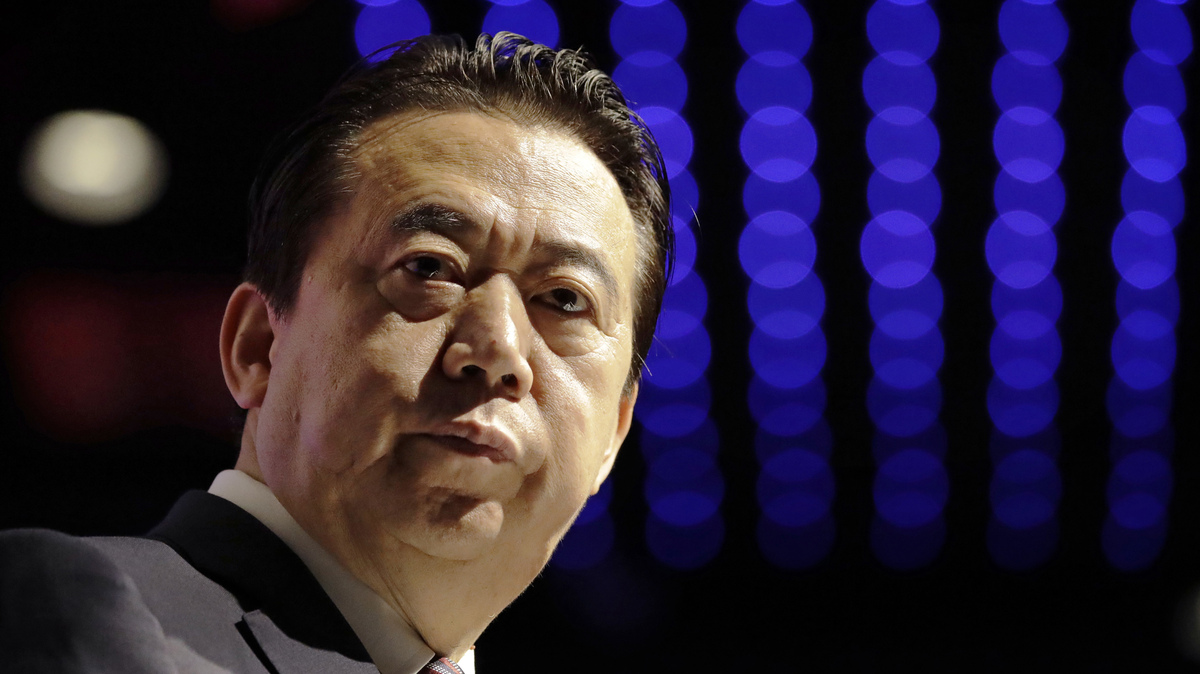 Former Interpol President Meng Hongwe has been sentenced to more than 13 years in prison in China for bribery.

The former president of Interpol has been sentenced to more than a decade in prison. Meng Hongwei, the first Chinese national to assume the presidency of the France-based international law enforcement organization, received his 13 1/2-year sentence for corruption Tuesday in a Chinese courtroom.

Meng pleaded guilty last year to using his position in China to finagle more than $2 million in bribes between 2005 and 2017. Prior to his 2016 election as Interpol president, he served more than a decade as China's vice minister of public security.

Meng's prison sentence caps a time in the international public eye that was about as dramatic and tortuous as it was brief.

Elected partly on the strength of his record of combating graft in China, Meng nevertheless elicited plenty of skepticism from critics who feared that his position would enable China to more readily use Interpol as a means of pursuing dissidents abroad. An Amnesty International official, for instance, found the results of the election "extraordinarily worrying."

At the time of his election, Meng declared, "I am a veteran policeman. And I stand ready to do everything I can toward the cause of policing in the world."

Still, Meng didn't last long into his four-year term atop the agency based in Lyon, France. Within two years, the Interpol chief went missing — disappearing in late September 2018 after departing France for a trip to his native China.

The cause of his disappearance soon became clear: Chinese authorities had detained him on corruption charges. Roughly a week after Meng was detained, Interpol announced that its briefly tenured president had resigned.

The presidency of Interpol is a part-time, unpaid affair tasked with overseeing the General Assembly of the agency, which boasts the membership of 194 countries. The Interpol president works with the secretary general — currently Jürgen Stock, in his second appointed term — who is responsible for implementing the decisions of the General Assembly and guiding the organization's day-to-day affairs. 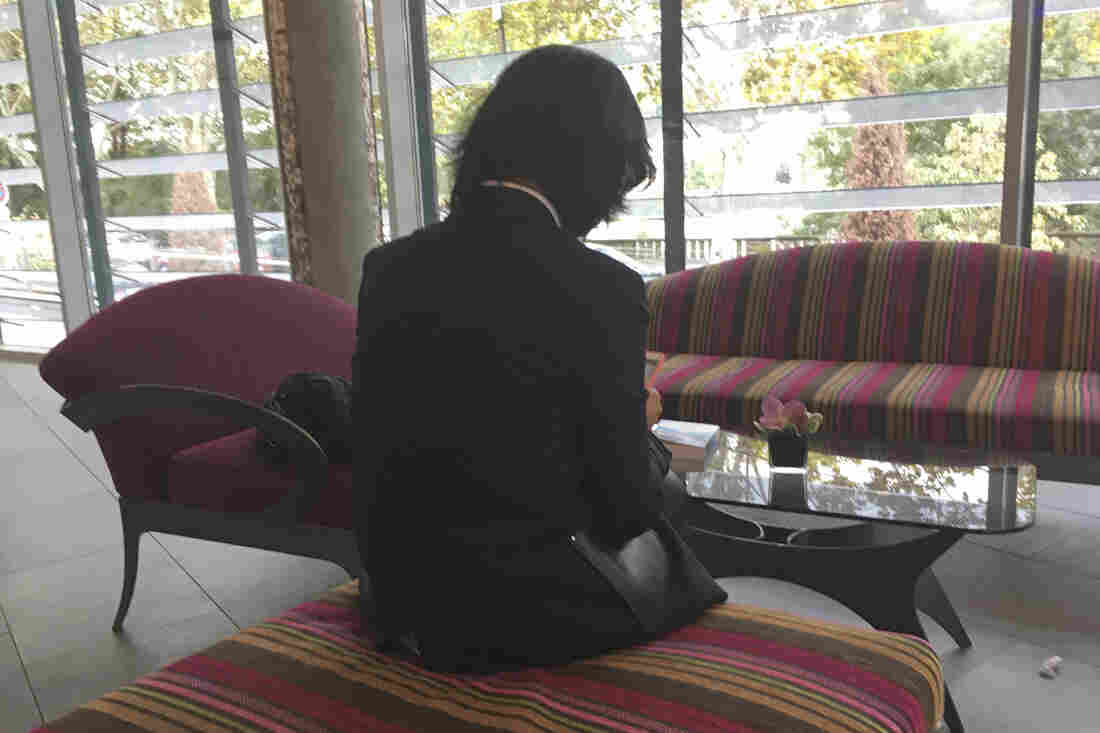 Grace Meng, wife of former Interpol President Meng Hongwei, did not want her face shown during a 2018 interview. She has said Interpol "breached its obligations owed to my family" and "is complicit in the internationally wrongful acts of its member country, China." John Leicester/AP hide caption 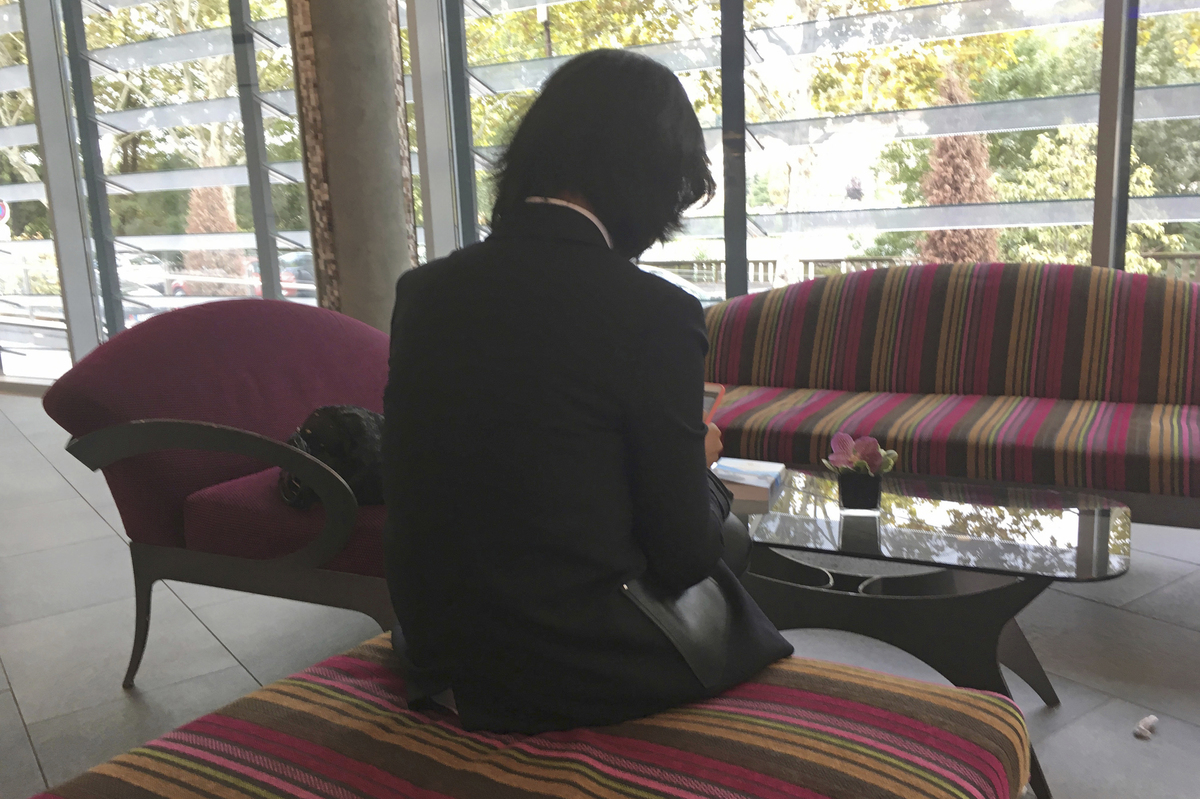 Grace Meng, wife of former Interpol President Meng Hongwei, did not want her face shown during a 2018 interview. She has said Interpol "breached its obligations owed to my family" and "is complicit in the internationally wrongful acts of its member country, China."

Now, more than two years after Meng's stunning fall, the former Interpol president represents one of the most prominent targets of Chinese President Xi Jinping's anti-corruption campaign. The years-long crackdown has seen the arrest and imprisonment of a number of high-ranking officials in the Chinese security, intelligence and administrative apparatus — prompting controversy over whether the drive is a sincere attempt to root out corruption from the ruling Communist Party or a cynical bid to remove obstacles to Xi's consolidation of power.

"It's not justice," she told The Guardian during a 2018 interview in Lyon. "I can tell you this because I am sitting here [in France]; other people can't tell the truth. I think the anti-corruption campaign in China has already been damaged. It has become a way of attacking people who are your enemy."

She has sued the international police agency for failing to protect Meng and his family and for being complicit in China's "wrongful acts" against her husband.

Meng Hongwei, for his part, says he has accepted the verdict in China and will not appeal, according to China's state-run Global Times newspaper.