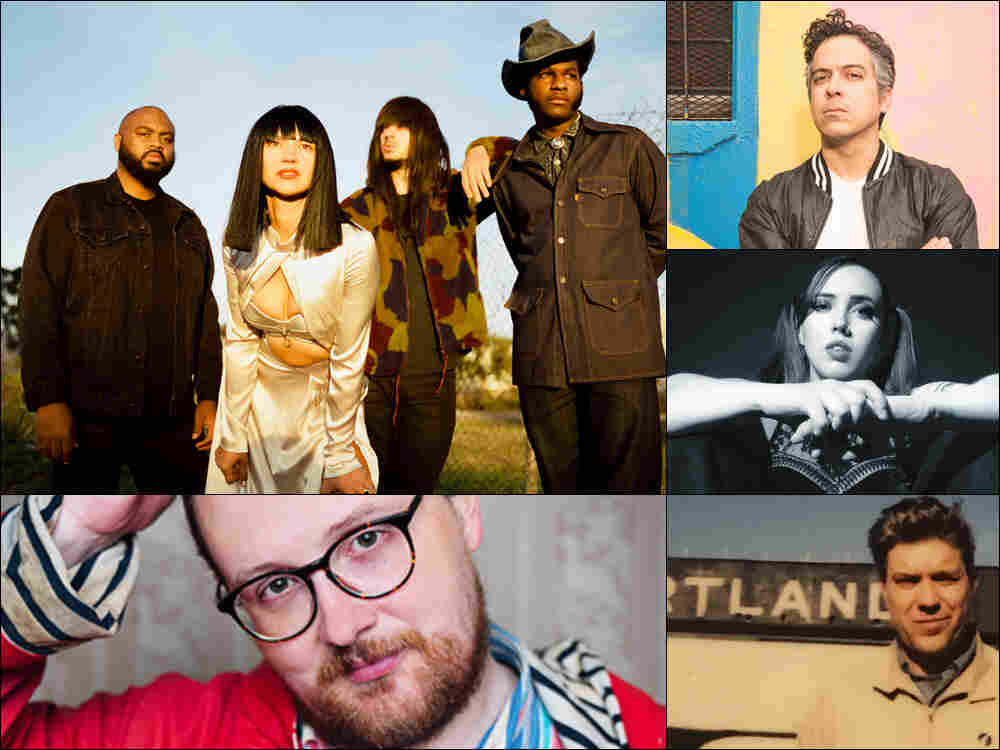 On this edition of All Songs Considered, we hear new music from some longtime favorite artists: Dan Deacon's new album, Mystic Familiar opens with something unusual for him — just a piano and his unprocessed voice. The song, "Become a Mountain," takes off from there. M. Ward tackles issues of immigration, taken from current events (and from his own family), on a new album called Migration Stories. I play a new song called "Migration of Souls." David Dondero is an artist also dealing with the political — we first featured him seventeen years ago on this show. His tenth album is called The Filter Bubble Blues, and on a song called "Easy Chair," he sings about the divisions in our nation and the numbness all around us.

There's also new music from Soccer Mommy and a unique and wonderful collaboration between two artists with Texas roots — Khruangbin and Leon Bridges.

Kyson is the one artist on the show we've never featured; he's an Australian musician now based in Berlin, making thoughtful, spacious and lyrical music.