Accessibility links
The Woody Guthrie-Inspired Progressive Music Venue In Trump's America This Oklahoma City venue is showcasing the role of protest music in the Trump era, and how songwriting can also bridge the political divide. 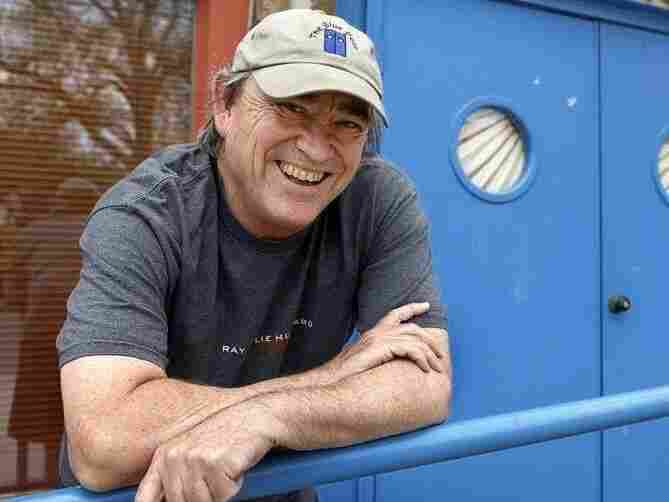 Greg Johnson opened the Blue Door in 1993. Over the past few years, the concert venue has become a hub of liberal activism in a largely conservative state. Betty Soo/Courtesy Greg Johnson hide caption 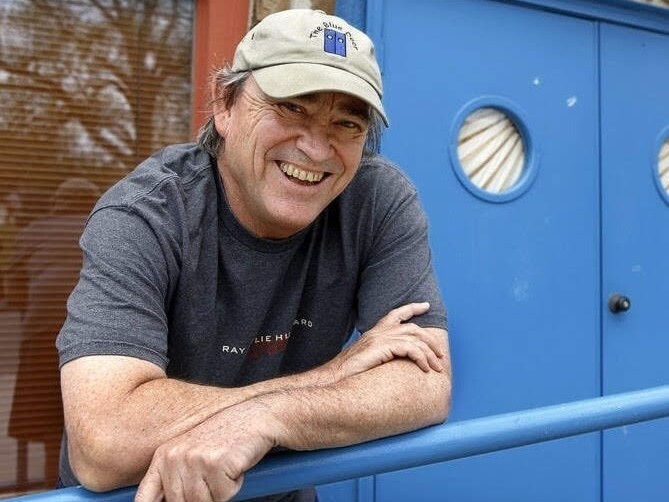 Greg Johnson opened the Blue Door in 1993. Over the past few years, the concert venue has become a hub of liberal activism in a largely conservative state.

It's a couple hours before show time at Oklahoma City's the Blue Door, and owner Greg Johnson is in his living quarters at the back of the venue, remembering musicians who've hung out there after shows.

Johnson moves into the Spartan performance space, where soon Oklahoma songwriter Mike McClure shows up for his sound check. McClure gestures to 100 folding chairs that seem to be arranged as much for worship as entertainment, saying it is "the best listening room in Oklahoma." 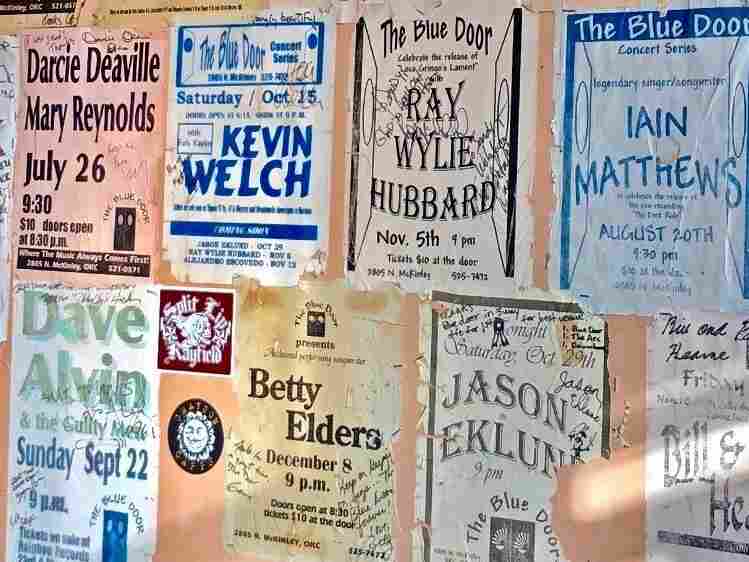 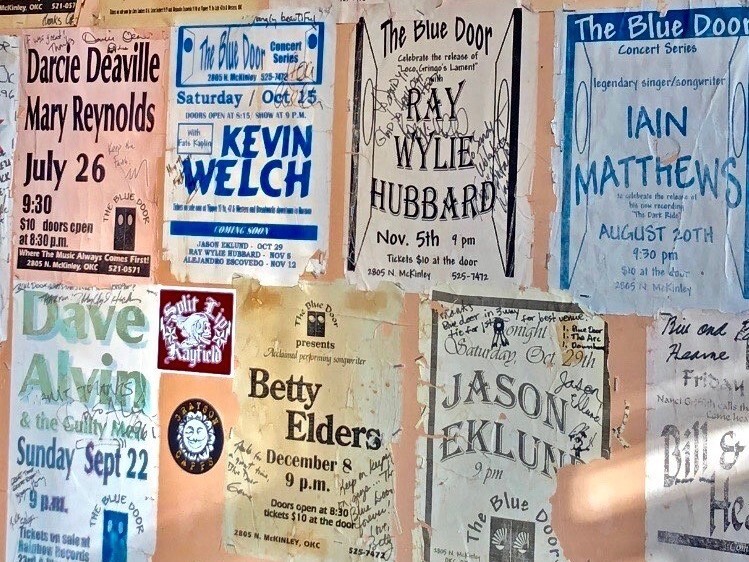 A wall of concert posters at the Blue Door in Oklahoma City.

For 25 years, the Blue Door has been a regular tour stop for singer-songwriters. But the venue has also become a nerve center for progressive musicians in a state where all 77 counties voted for Donald Trump in 2016, and political posters are plastered on its walls among the playbills.

" 'Honor the Treaties,' 'March For Our Lives,' 'All You Fascists Bound to Lose,' " Johnson reads some of the slogans that decorate the venue. "We're not afraid to let our progressive beliefs be known around here."

Firebrand Oklahoma protest singer Woody Guthrie is the Blue Door's patron saint. Johnson started presenting Guthrie tributes during a stint in Austin, and continued them when he returned home and opened the Blue Door in 1993.

All You Fascists Bound to Lose from Rusty Muns on Vimeo.

The rustic venue sits incongruously at the edge of Oklahoma City University, where it has long showcased Americana songwriting. It is also out of place in the state's political landscape; in 2016, Donald Trump won 65.3% of the vote to Hillary Clinton's 28.9%.

Singer Peggy Johnson — no relation to Greg — plays the Blue Door's Woody celebrations. "Woody used his music as a tool to communicate with people, and that's what most of us are trying to do here," she says. "Cause music is its own language, and sometimes you can get through with music what you can't just sit and talk about." 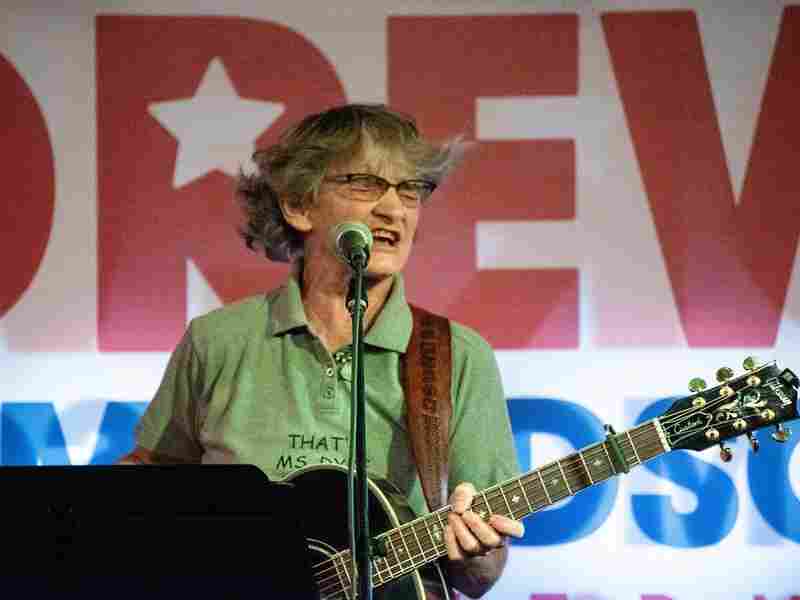 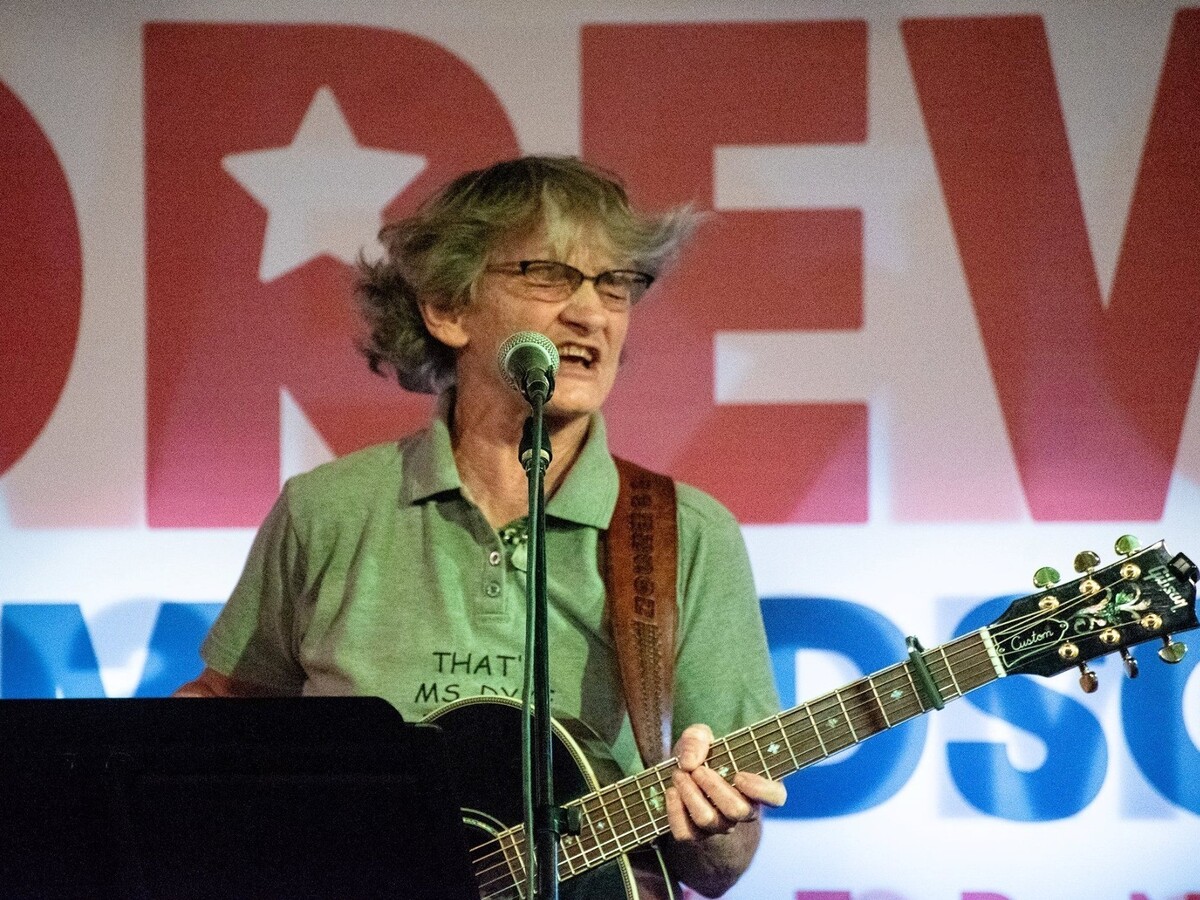 Michael D. Duncan/Courtesy of the artist

The Blue Door also lets Peggy Johnson open up her catalog. She says there are places in the state where it's risky to play her anti-Trump song, "Sock Puppet."

Jimmy Webb, one of the more influential living songwriters who's played the Blue Door, calls the venue "a lighthouse for liberal democratic thinking in a state that is really pervasively right."

Webb believes "message songs" are exactly what the current political climate requires. "I know what a strong tool music can be in the struggle to make America a better country," he says.

Many of Webb's songs have also appealed to listeners across political divides, however. His Vietnam-era composition "Galveston" found wide success when Glen Campbell's recorded it in 1969.

And there are other singers at the Blue Door trying to bridge the political divide, like Choctaw American songwriter Samantha Crain. Crain lives in Norman, Okla., and she favors what she calls the "Dolly Parton" method: singing individual stories of struggle, opening a door to broad identification.

"Just in how divided this country and the world has become, coming at it from a bit of a softer way has shown to be a little more effective and meaningful to me," Crain says.

One example of Crain's more personal approach is her song "Elk City," which depicts a woman who moves to Oklahoma during the oil boom and gets lost in the system.

At 7 p.m., the Blue Door crowd arrives with beer and Mountain Dew in hand — it's BYOB, so there's no drink service to interrupt listening. Greg Johnson is in the green room. Even he needs an occasional break from finger-pointing political songs, and looks to music for other things.

"I think it can inspire people. I think it can be a soundtrack. It can soothe people, it can be like, 'Ah, we can even forget about this for a few minutes' kind of thing," he says.

The show begins. Johnson goes behind the soundboard to let music do what it will for the night: connect, soothe and resist.