Accessibility links
Impeachment Trial Highlights: McConnell Rules Change On Day 1 The Senate majority leader's own members didn't want to go along with his first vision for the procedure in the impeachment trial. But the GOP did reject calls for more witnesses and evidence. 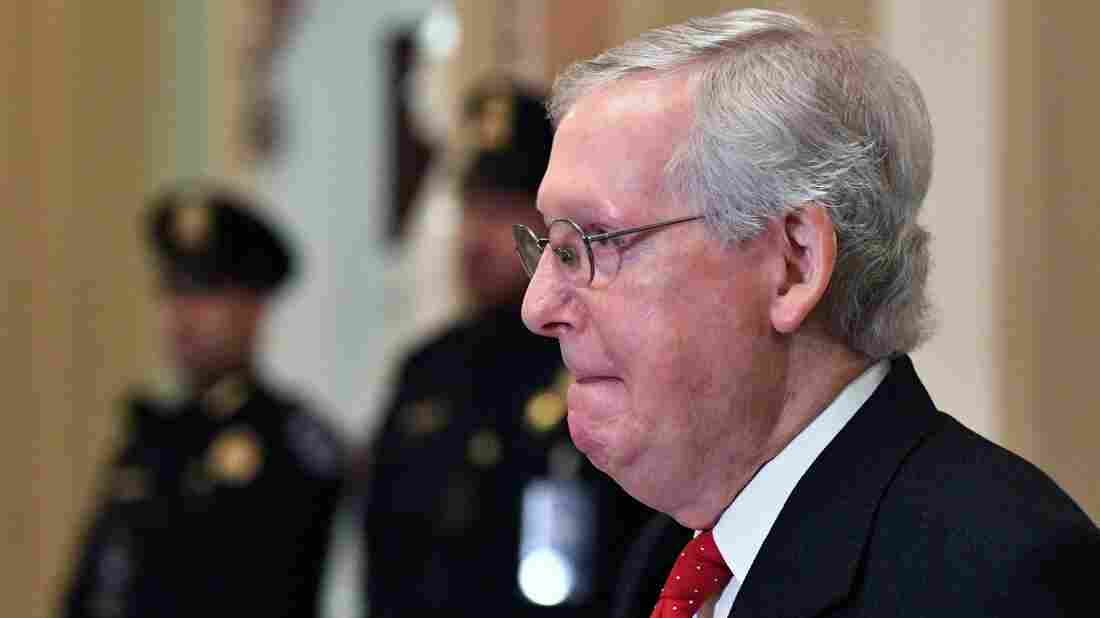 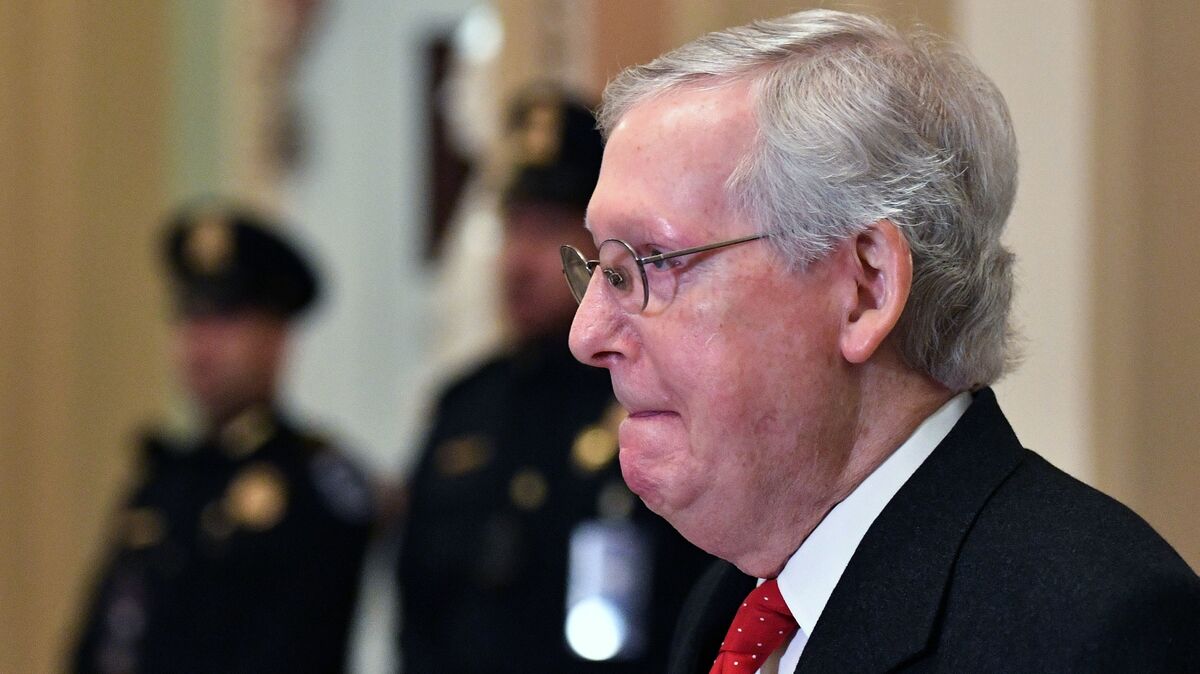 After more than 12 hours of action Tuesday, the Senate adopted the ground rules for the coming weeks in President Trump's impeachment trial. It brought a reminder that even this highly scripted ordeal may include a few surprises after all.

Senators did not agree to the first draft of rules proposed by Majority Leader Mitch McConnell, R-Ky., notwithstanding his party's control of the chamber and his reputation as a savvy counter of votes.

He had repeatedly insisted that the rules for the trial would be modeled on those for the 1999 impeachment trial of President Bill Clinton.

McConnell also said confidently last week that all the members of the GOP conference backed his approach to have the prosecution and defense lay out their arguments and address written questions before turning to the issue of whether to subpoena witnesses or documents.

When members of his own conference reviewed the details of his resolution, McConnell was forced to do something he doesn't have to do often — change his plan under pressure from fellow Republicans.

His draft resolution stated that each side would present its case in up to 24 hours over two days. His last-minute revision expanded that timing to three days. He also allowed evidence from the House to be automatically entered into the record unless there were an objection.

But while McConnell may have been forced to revise his plans for the overall structure for the trial rules, he was able to stave off several attempts by Senate Minority Leader Chuck Schumer, D-N.Y., later in the day and late into the night on Tuesday. Republicans voted down 11 amendments, mostly to subpoena documents from the White House, State Department and other administration officials. They stuck with McConnell's argument that the issue about witnesses and documents would be addressed after both sides made their case for and against impeachment. 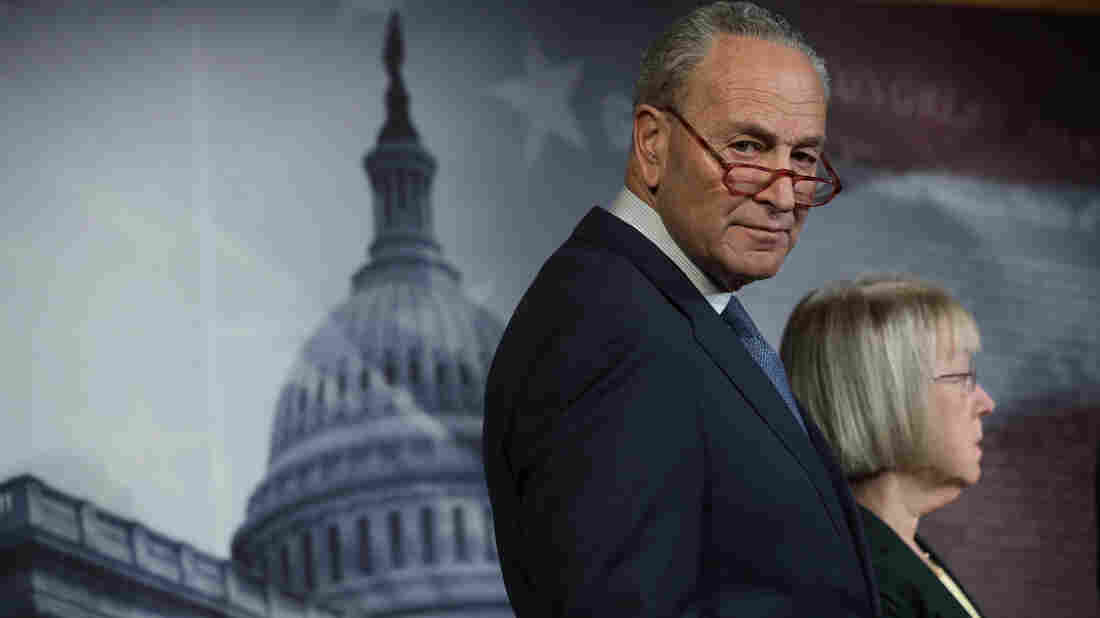 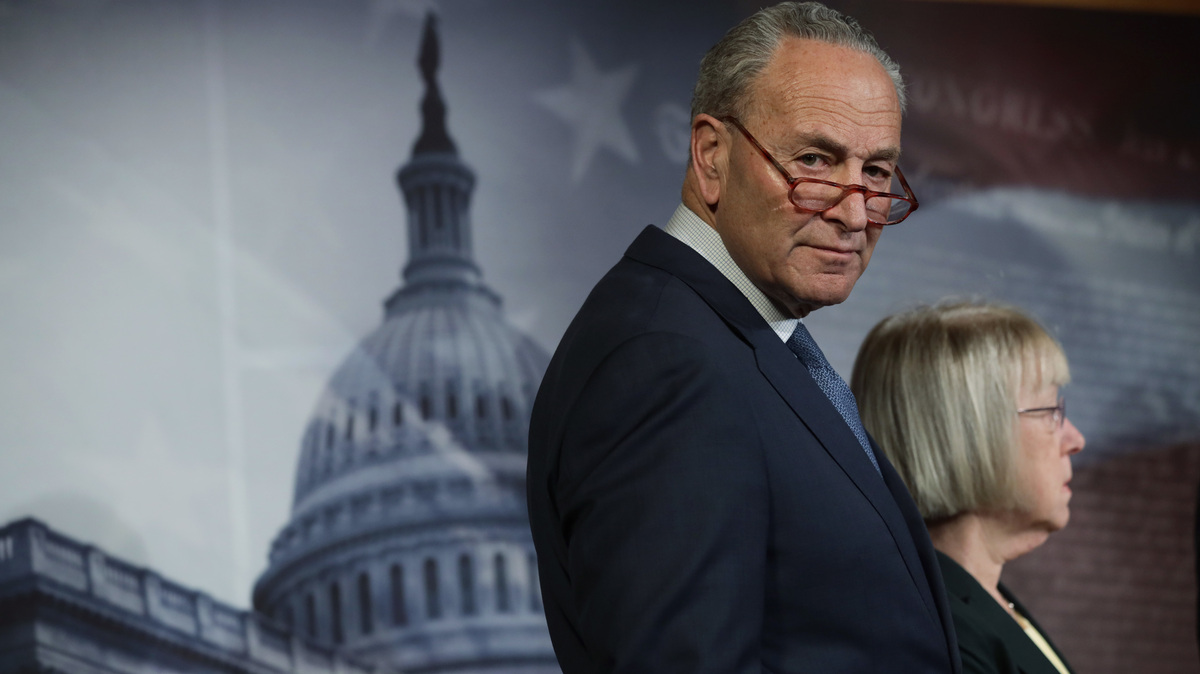 McConnell is frequently lauded for his political acumen and ability to see around legislative corners. He held firm as House Speaker Nancy Pelosi, D-Calif., demanded he set up a "fair trial" before she sent over the articles of impeachment. He prevailed — she was unable to extract any commitments.

The majority leader also ignored predictable calls from Democrats such as Schumer to allow more than two days for the impeachment managers to make their case.

But he couldn't ignore Maine Sen. Susan Collins, who was among a group of Senate Republicans who insisted that the time be extended. 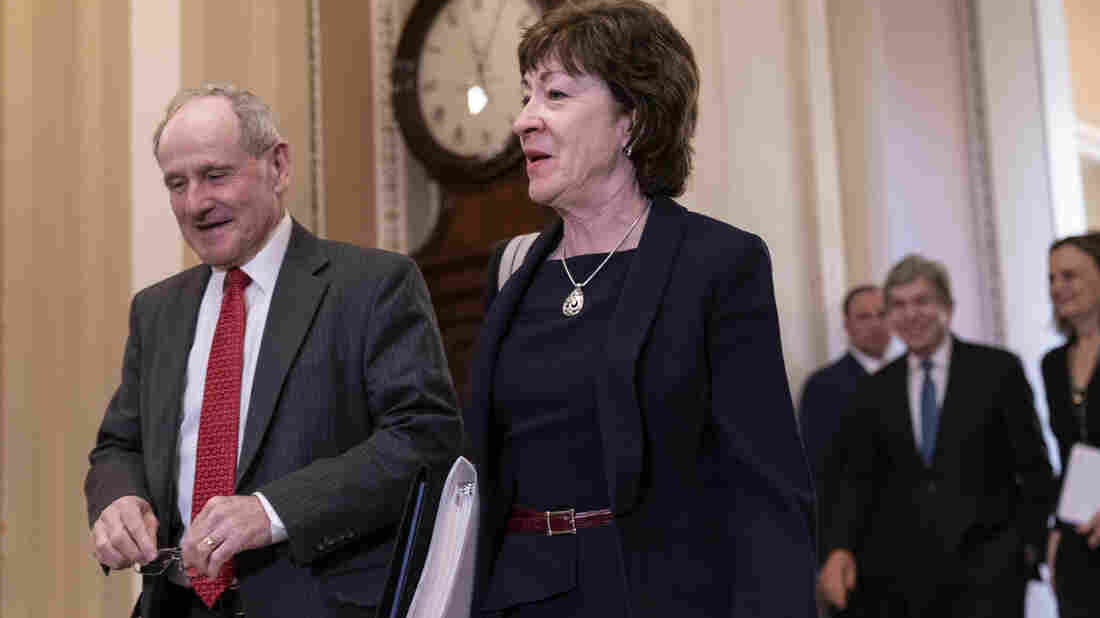 Sen. Susan Collins, R-Maine, was among a group of Senate Republicans who insisted that the time each side has to make its case be extended. J. Scott Applewhite/AP hide caption 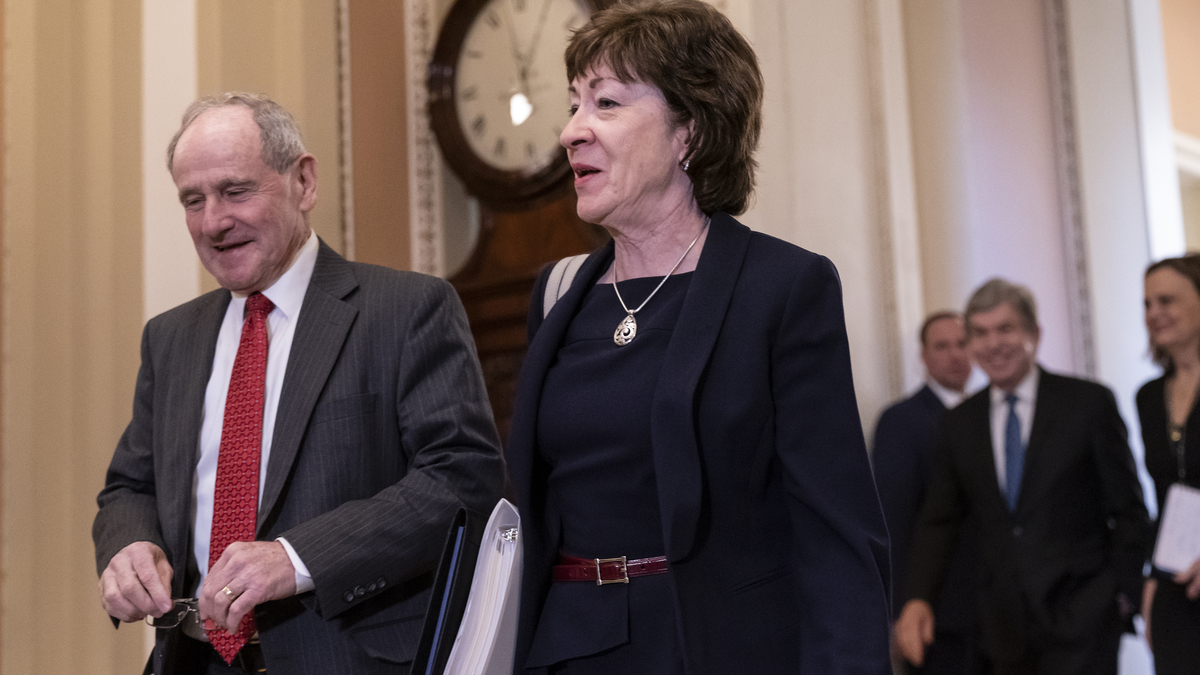 Sen. Susan Collins, R-Maine, was among a group of Senate Republicans who insisted that the time each side has to make its case be extended.

"Senator Collins and others raised concerns about the 24 hours of opening statements in 2 days and the admission of the House transcript in the record," her office said in a statement. "Her position has been that the trial should follow the [Bill] Clinton model as much as possible. She thinks these changes are a significant improvement."

The fate of McConnell's initial proposed rules represented a very rare defeat at the hands of his own allies and underscored the desire, at least by Collins and a few others, for the Senate not to appear as a partisan rubber stamp.

On that point, at least, Collins and the other rebels broadly agreed with the case made by House impeachment managers about a number of amendments to McConnell's rules.

Rep. Adam Schiff, D-Calif., the lead manager, urged senators to adopt a number of amendments offered by Schumer that would have admitted witnesses and documents into the proceedings.

Trump's fate in this phase of impeachment — whether he's convicted or acquitted — will have greater value if Americans believe that the president truly underwent a full and fair trial, Schiff said.

And that means, he argued, that the Senate must bring in former national security adviser John Bolton, acting White House Chief of Staff Mick Mulvaney and others who Schiff said would shed more light on the underlying events of the Ukraine affair.

Schiff and his compatriots, including Democrats Zoe Lofgren of California and Val Demings of Florida, made what were effectively opening arguments against Trump, structured around the evidence they said should be brought into the matter.

Demings, for example, detailed the material in the possession of the State Department that she said would strengthen Democrats' case that Trump had abused his power or conditioned his policy toward Ukraine last year on the expectation that its leaders would launch investigations that Trump thought would help him politically.

Debate continued until nearly 2 a.m. ET Wednesday as Schumer continually offered amendments seeking testimony or material for the trial — and McConnell and Republicans continued to bat them down. The proceedings resume at 1 p.m. ET Wednesday.