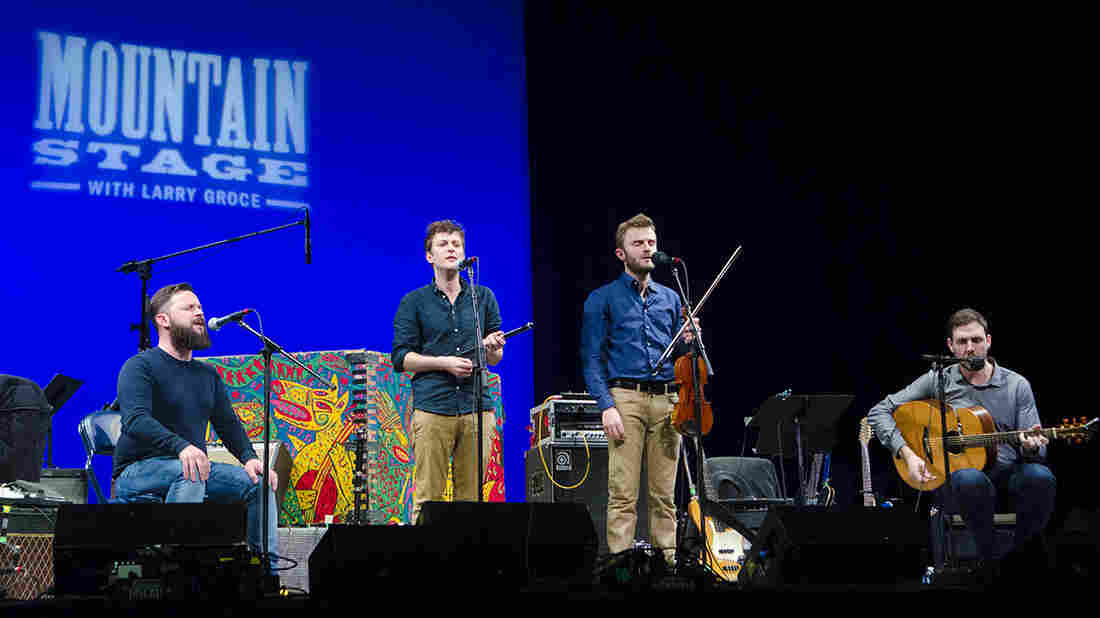 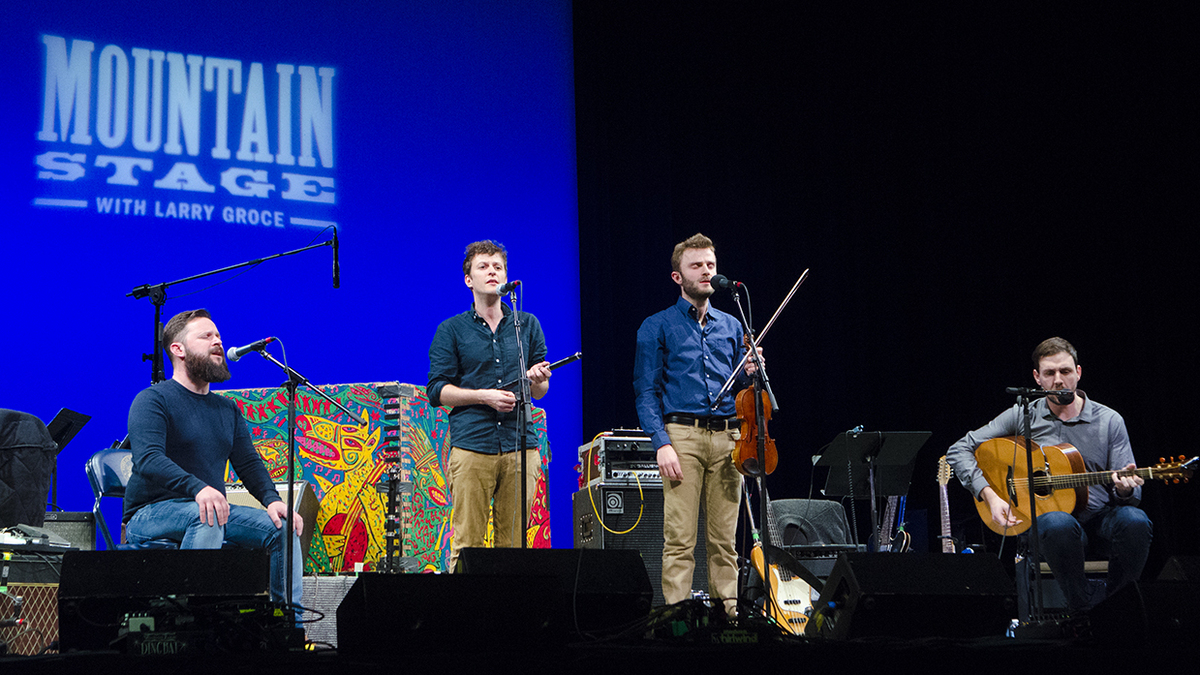 Formed in 2013, Ireland quartet The Jeremiahs are spreading their original, urban Irish folk music far and wide across Ireland, Europe and to the States.

While describing the band during its first appearance on Mountain Stage, host Larry Groce said The Jeremiahs have "great songs, emotional vocals, masterful guitar and fiddle / flute conversations that work like fine embroidery ... "

The Jeremiahs' musicianship is on full display from the start, with its fanciful, braided musical work on the spirited romp, "Wild Barrow Road," and lead vocalist Joe Gibney passionately singing this cinematic tune under a whitewater-like torrent of guitar, fiddle and flute.

Downshifting to the serious side of its songwriting, The Jeremiahs got the audience involved straight away, breaking open their hearts with "Passage West," a song with a sing-along chorus about two lovers from County Cork, Ireland, and what happens when one takes passage to America.

Uniquely comprised of two gents from Dublin (Gibney and guitarist James Ryan) and two from the Bordeaux region of France (flutist Julien Bruneteau and fiddle player JC Morel), The Jeremiahs showcased the band's unique blend in a bubbly contemporary instrumental, "Spring Fling." The song seemed to usher in the energy of the season a couple weeks early, though Gibney gave fair warning to the crowd that "A spring fling can lead to a bleak winter."

It could be seen as purely "un-Irish" to stay too happy for too long, however, so Gibney shared a poignant song of family tragedy. "This is a nod to all men to talk about how they feel," Gibney said before singing "Water's Edge," a song of sorrow about his great uncle Robert, whose body was found years ago in a river in Dublin after a hard night drinking.

After the melodic instrumental romp, "A Summer Night," The Jeremiahs closed with a furious journey aboard Ewan MacColl's sea shanty, "North Sea Holes," getting the standing ovation that Gibney fished for earlier. "...There's no pressure but a standing ovation at the end would be nice. That works about eight out of 10 times," Gibney said as the crowd roared with laughter.