Accessibility links
Tank And The Bangas, CimaFunk And The Soul Rebels Join Forces In Havana : Alt.Latino The 2017 winners of the Tiny Desk Contest travel to Havana with NOLA's The Soul Rebels to connect with Cimafunk, Cuban musicians and history. 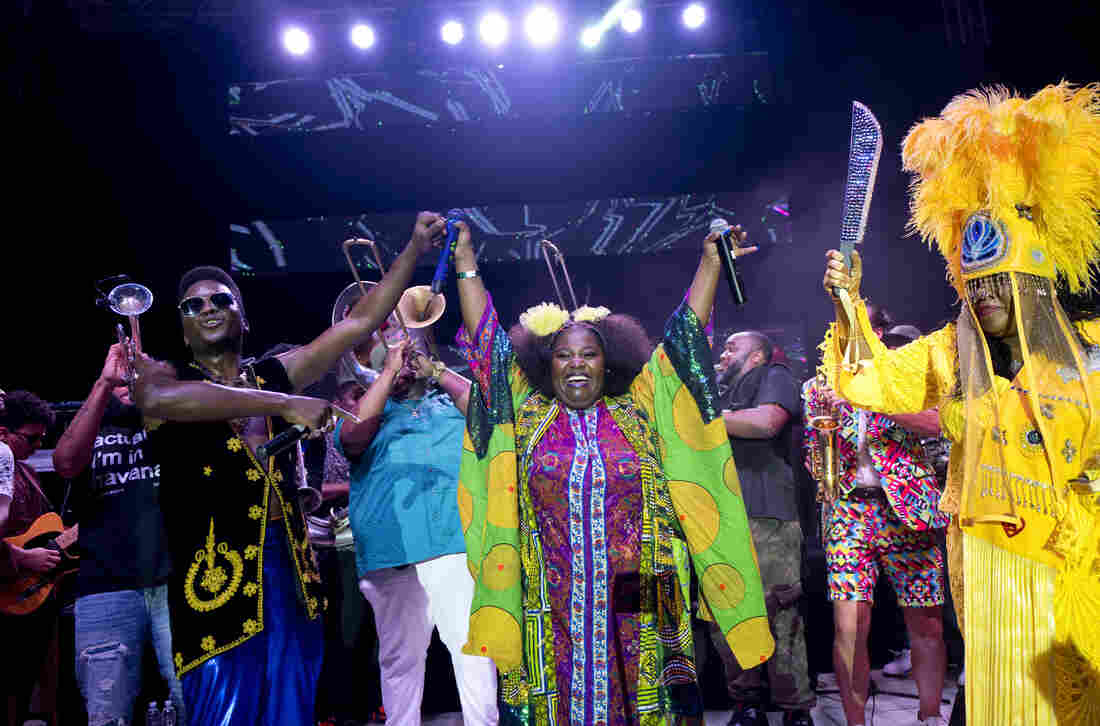 Tank and the Bangas perform with Cuban singer Cimafunk, the Soul Rebels and The Queen of the Guardians in Havana, Cuba. Eliana Aponte/NPR hide caption 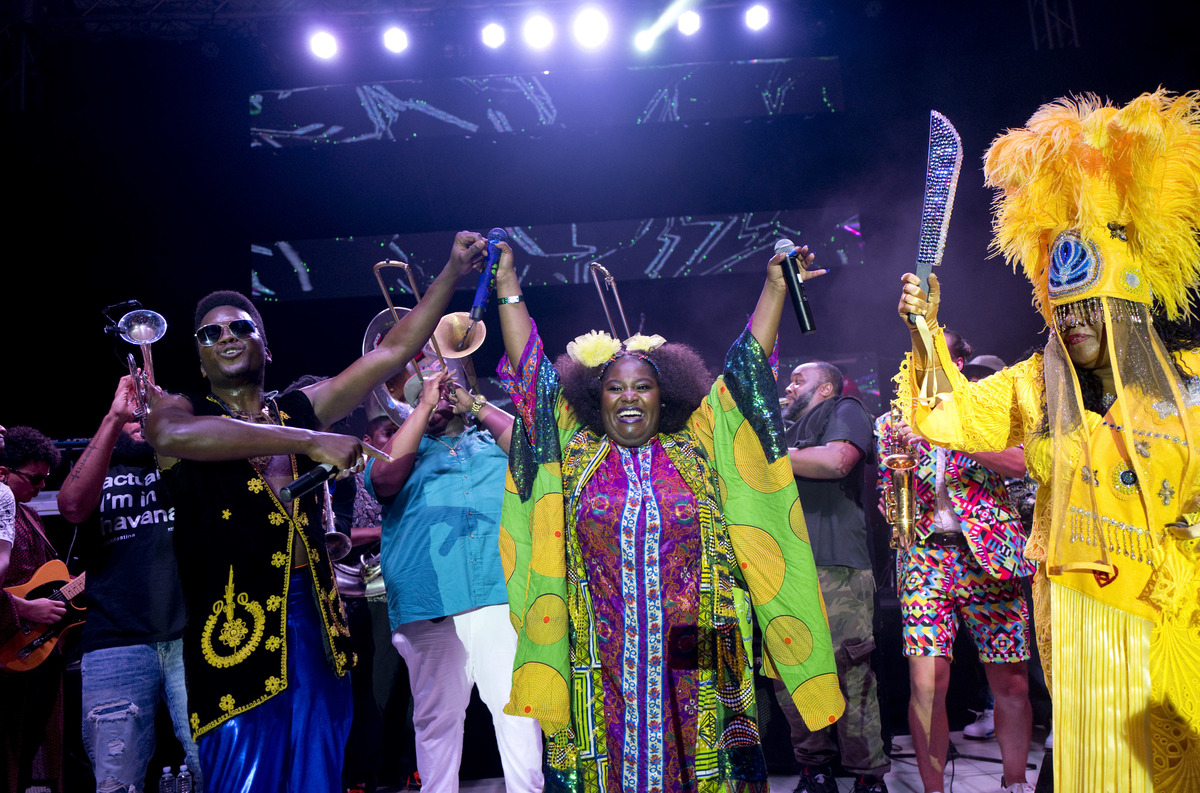 Tank and the Bangas perform with Cuban singer Cimafunk, the Soul Rebels and The Queen of the Guardians in Havana, Cuba.

Cimafunk wins over fans one gig at a time.

After wowing a capacity crowd at Alt.Latino's SXSW showcase last year, Cimafunk (born Erik Yglesias Rodriguez) rolled into New Orleans in April and something happened to him and his band of Cubans: they felt as if they had returned to Havana.

There were so many things that felt familiar: the architecture; the food (although the beans were red instead of black); the unspoken celebration of life (despite obstacles); and most importantly, the music.

After the artists bonded over James Brown, Cimafunk invited the crew down to Havana so they could feel what he and his band felt.

Fast forward to Jan. 14: I made my way to Centro Havana directly from Jose Marti International Airport in pursuit of the two groups of NOLA musicians as they embarked on a series of concerts and cultural exchanges dubbed Getting Funky In Havana.

The international travel aid group Cuba Educational Travel spent just about a year organizing to get Tank and the Bangas, the Soul Rebels as well as a youth band and representatives from The Trombone Shorty Foundation, The Gia Maione Prima Foundation and Horns To Havana all to the Cuban capital for a week.

The result is in this week's podcast. A week full of high emotions, amazing music and a constant reminder that Havana and New Orleans are, in fact, connected by history that goes back centuries.