Accessibility links
Review: 'Awkwafina Is Nora From Queens' Is A Solid Slice Of City Life Awkwafina's career has ranged from rap to Crazy Rich Asians to a Golden Globe for The Farewell. Now, she's putting down a lot of her old habits in a new Comedy Central series.

'Nora From Queens' Is, And Is Not, Awkwafina

'Nora From Queens' Is, And Is Not, Awkwafina 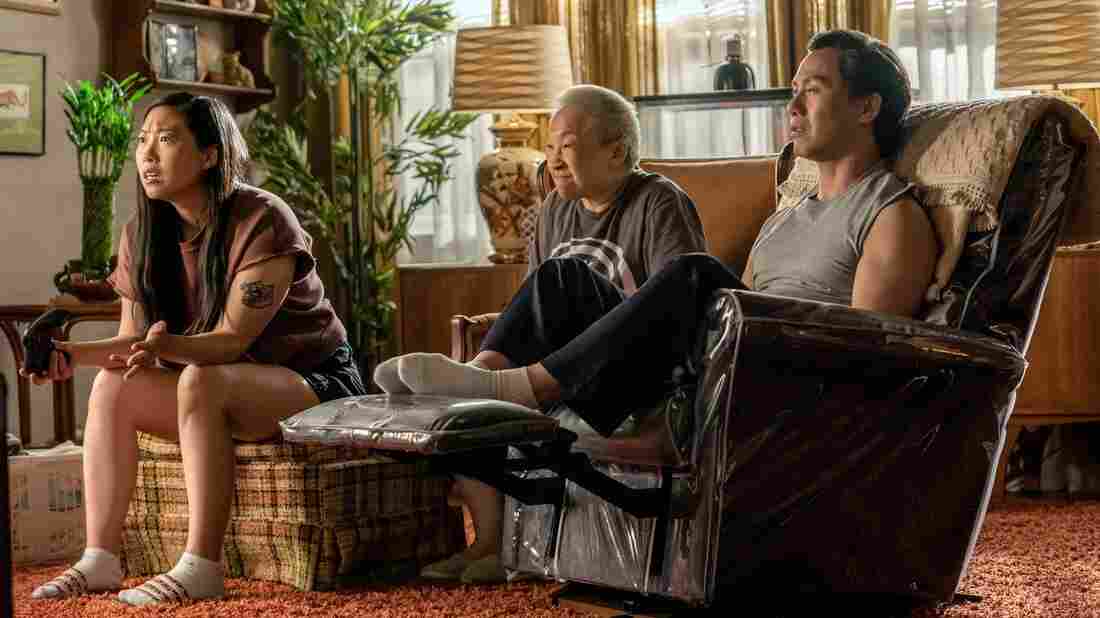 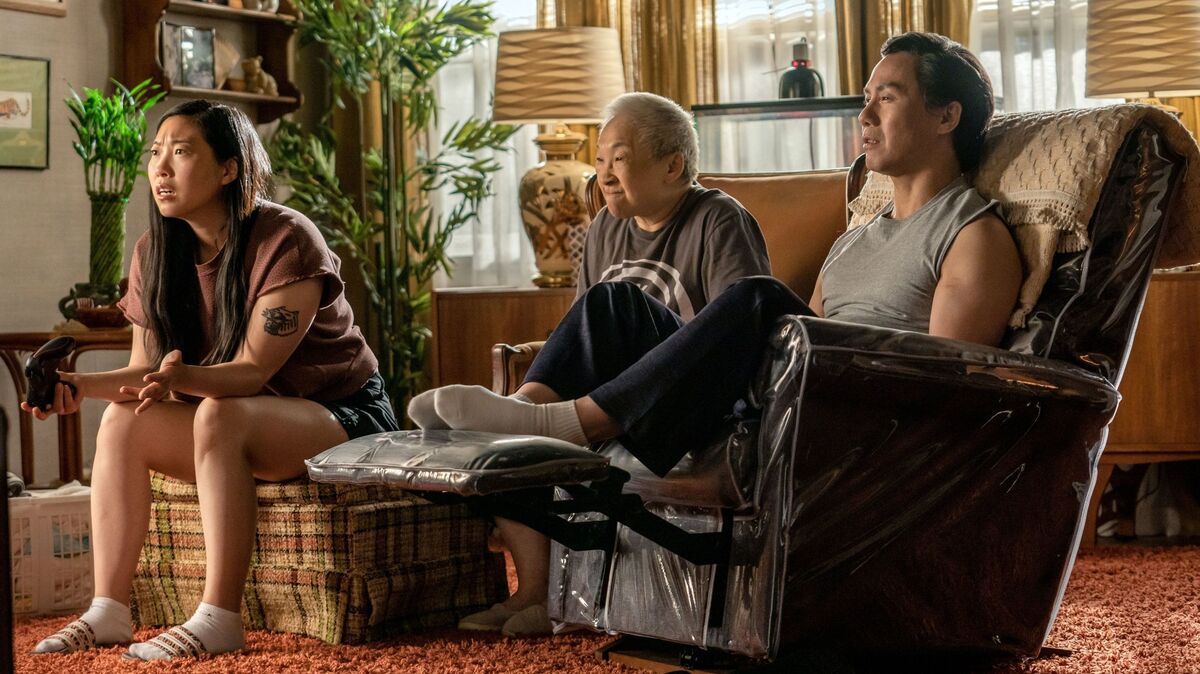 Awkwafina, Lori Tan Chinn and BD Wong in Awkwafina Is Nora From Queens.

The new Comedy Central series officially called Awkwafina Is Nora From Queens uses the shorter title Nora From Queens in its own animated graphics. This isn't a critical distinction, maybe, but it matches the show's interesting relationship with the space between Nora Lum, the actress/rapper who stars in the semi-autobiographical story; Nora Lin, the lightly fictionalized version of herself she plays here; and Awkwafina, the persona she's inhabited since she was a young rapper, all the way up to her role in The Farewell for which she won a Golden Globe a couple of weeks ago. On one hand, as a marketing decision, it makes sense to incorporate the famous name of a famous person in the show she created for herself.

But on the other, Awkwafina/Lum has drawn a lot of criticism for her so-called "blaccent," used for broad comedy in her rap career and in the two film roles that helped catapult her to fame: Crazy Rich Asians and Oceans 8. The arguments about this have been made in a number of places, including a Vulture essay by Lauren Michele Jackson, a professor at Northwestern and the author of the book White Negroes: When Cornrows Were In Vogue ... And Other Thoughts On Cultural Appropriation. Who Lum is, who Awkwafina is, and how she's used caricature and persona are questions that find unexpected expression in the title of the show.

All of this is kind of funny, given that in most ways, what you have here is a pretty straight-up, well-executed, intermittently raunchy comedy about a late-twenties wanderer who lives with her family in Queens and has adventures like trying to cash a check, trying to succeed in a menial job and going to Atlantic City with her grandmother. For a show that feels new in some ways, it feels very traditional in others.

There are some welcome ringers in this cast, including BD Wong as Nora's single dad, Lori Tan Chinn as her grandmother and Bowen Yang as her cousin (whose line "2020: Year Of The Ass" might be the most quotable, meme-able one in all 10 episodes). Guests include everyone from Chris Gethard to Simu Liu (set to become Marvel's Shang-Chi). But much of the series does rest on the story of Nora, and on Awkwafina's ability to play a character who's comically heightened, but not in the way of Peik Lin of Crazy Rich Asians; in a way that feels more like it originates with ... you know, Nora from Queens.

And in that capacity, Nora From Queens works pretty well. Like Broad City before it, it allows its struggling central character to actually struggle: In one episode, Nora tries to cash a check, only to learn that (1) she needs a bank account, (2) her bank account has been closed, (3) to reopen it, she needs her driver's license and (4) her driver's license is expired. It's a smart depiction of a total nightmare.

Particularly when Lum works with the other main members of the cast, the show is really funny and very appealing. Wong is doing quite a different thing here from most of his best-known roles. And while Chinn is, in many facets, playing the vulgar and wild granny featured in many comedies, her line readings are so unexpected and varied — and her version of the character is so clearly clever and loving — that you get more from her take on that standard type than you might expect.

There's a lot of pressure on creators of color to be groundbreaking — to sell their shows as both good and somehow ethically nutritious. Awkwafina's place in that calculus is complicated by legitimate questions about her own treatment of cultural traditions she's not part of. But it's also fair to evaluate Awkwafina Is Nora From Queens as an entry in a line of single-camera comedy series amplifying one distinctive sensibility (Insecure, Louie, Chewing Gum, Broad City, even Portlandia). And as part of that line, it holds up well.