Accessibility links
Review: 'Color Out Of Space' Is Dim In this loose, grisly adaptation of an H.P. Lovecraft story, a family undergoes a series of mutations while Nicolas Cage gets increasingly unhinged; the result is "a gory mess." 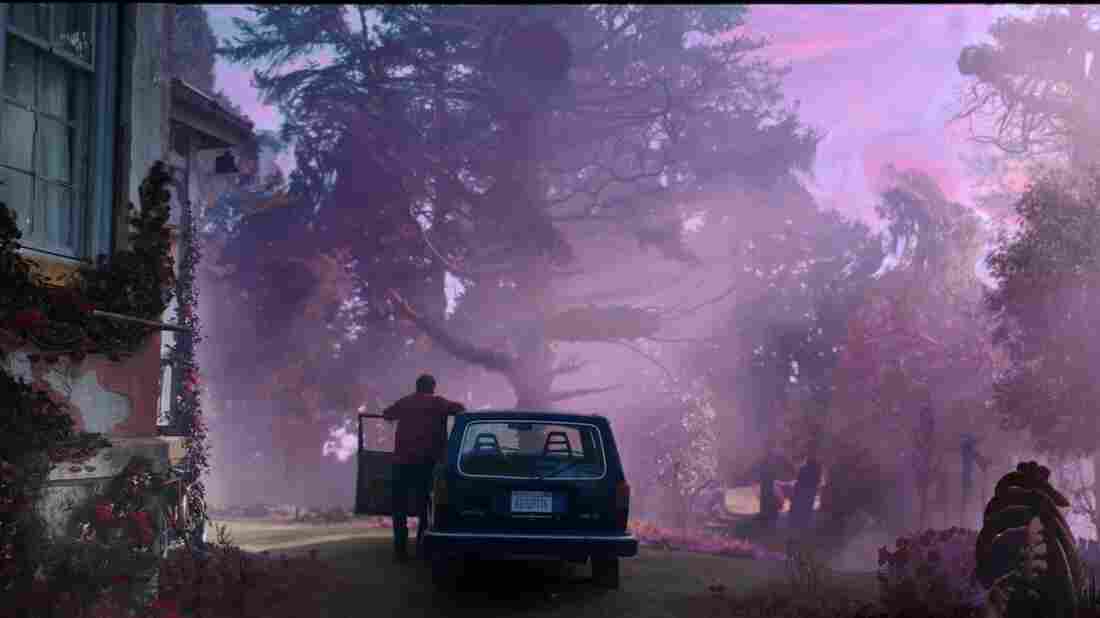 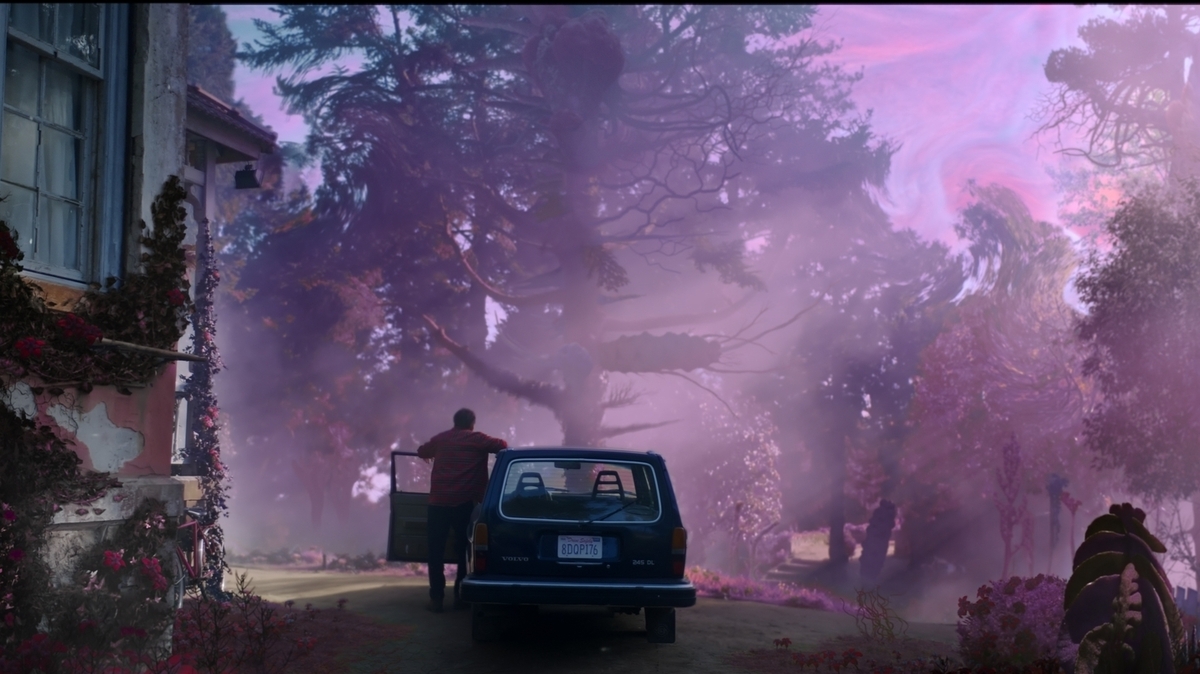 An alien force adjusts reality's tint for Nathan Gardner (Nicolas Cage) and family in Color Out Of Space.

It wasn't like any color I'd ever seen before," explains a dazed New England patriarch, trying to describe the unearthly phenomena at the center of Color Out of Space. Such an assertion might work in "The Colour Out of Space," the 1927 story by H.P. Lovecraft, whose work oozes with mysteries that can't be fully comprehended or even perceived. But viewers of the movie have already seen the unearthly hue by the time it's so described.

So are many things in this indigestible stew of modern sci-fi and antiquarian horror, notably Nicolas Cage's characteristically unhinged performance. Cage plays Nathan Gardner, a failed painter and would-be farmer who's frantic to protect his wife, three kids, dog, and flock of alpacas. Alpacas? They're among many additions to the tale that would bewilder its original creator.

Like this movie, Lovecraft's pulp-fiction mythos combines extraterrestrial and occult threats, although the author was never concerned with plausible science. So it's not such a stretch that the first Gardner to be introduced is one invented altogether by the filmmakers: teenage Lavinia (Madeleine Arthur), whose blonde tresses are partly dyed, yes, purple. She's an aspiring witch spied by the movie's narrator, visiting hydrologist Ward Phillips (Elliot Knight), as she's performing a ritual in the woods.

Lavinia's goal is to magically dispel the cancer attacking her mother, Theresa (Joely Richardson), who supports the family by doing high finance up in the attic of the family's old, recently inherited farmhouse. Director and co-scripter Richard Stanley may have afflicted her with that ailment in homage to Lovecraft himself, who died of intestinal cancer at 46. Or it may just be a way of connecting the movie's body-horror absurdities to a fleshly menace audiences can take seriously.

Another new motif that would baffle Lovecraft is the use of recreational drugs. Lavinia's older brother Benny (Brendan Meyer) is a pothead, and the girl supposes that her dad's volatile personality stems from "too much acid." The family's nearest neighbor is Ezra, a burned-out but tech-savvy hippie played by no less a doper icon than Tommy Chong. No one should be surprised that the movie's climax proves as trippy as it is bloody.

As in the story, things begin to go wrong when a meteorite strikes the Gardner property in a misty barren in what's supposed to be Massachusetts (impersonated by Portugal for budgetary reasons). The projectile is more bad mojo than weird science, poisoning the well water and destroying crops, animals, and finally the family, whose minds are trashed along with their bodies.

Ecological threats and political corruption are among the other perils dumped into the grab bag of a script, along with such playful references as a copy of Lovecraft's fictitious Necronomicon. (It belongs to Lavinia, even though she's a good witch and it's a bad, bad book). Despite all the peril, the film musters little urgency. It dawdles its way to a the final freakout, fueled by Colin Stetson's increasingly amok score.

Lovecraft was no progressive on racial and ethnic issues, so it's a nice touch that Ward is African American. The role he plays, however, is an unworkable combo of spectator and participant.

In the original, the narrator arrives years after the events have occurred, and struggles to piece it all together. His investigation leaves questions and doubts, allowing readers to complete the story in their heads and decide for themselves what they believe. Color Out of Space takes a more explicit, less artful course: It turns ominous possibilities into a gory mess that proves utterly unbelievable.