Listen · 4:30 4:30
Supreme Court Could Be Headed To A Major Unraveling Of Public School Funding 4:30 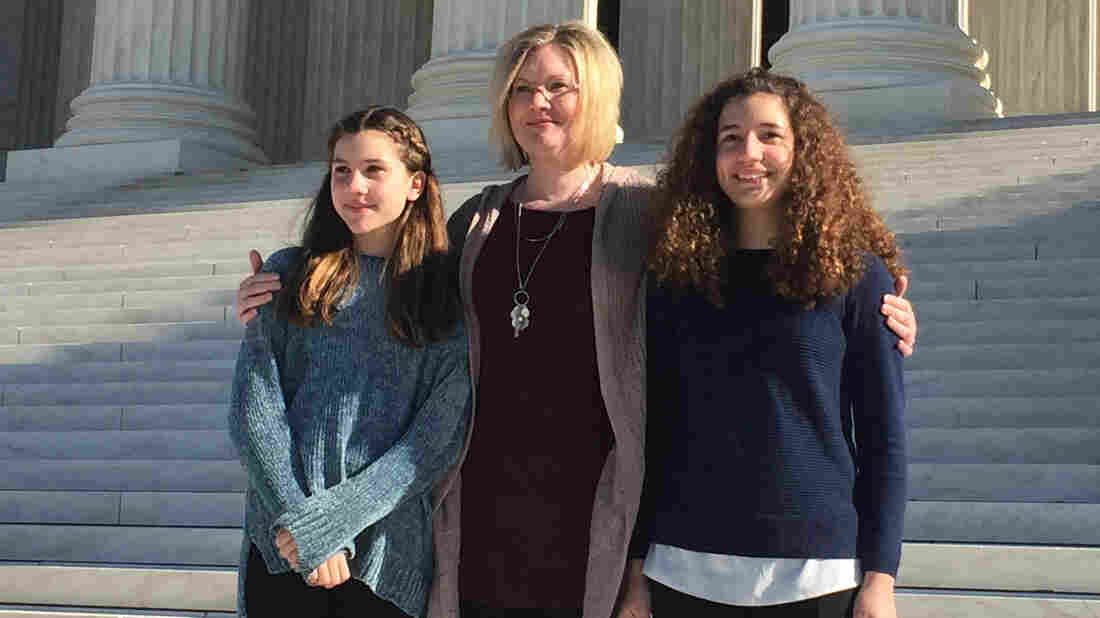 Kendra Espinoza stands with her daughters outside the U.S. Supreme Court on Wednesday. Espinoza is the lead plaintiff in a case that could make it easier to use public money to pay for religious schooling. Jessica Gresko/AP hide caption 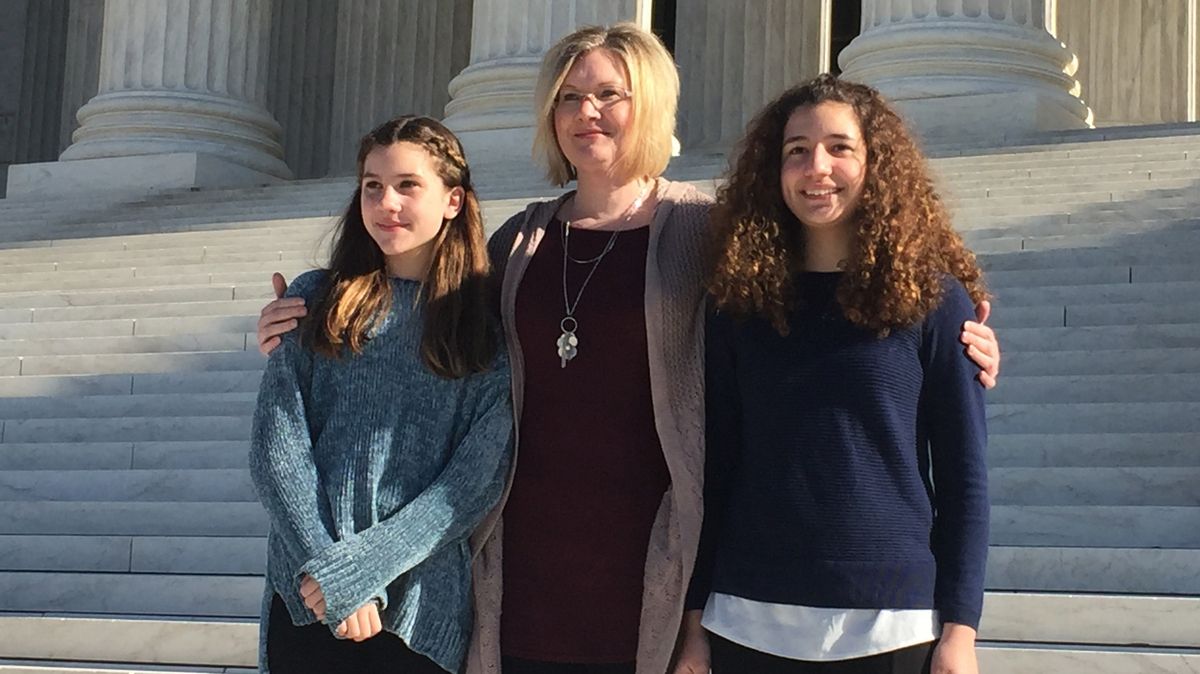 Kendra Espinoza stands with her daughters outside the U.S. Supreme Court on Wednesday. Espinoza is the lead plaintiff in a case that could make it easier to use public money to pay for religious schooling.

In a case with potentially profound implications, the U.S. Supreme Court's conservative majority seemed ready to invalidate a provision of the Montana state constitution that bars aid to religious schools. A decision like that would work a sea change in constitutional law, significantly removing the longstanding high wall of separation between church and state.

The focal point of Wednesday's argument was a ruling by the Montana Supreme Court that struck down a tax subsidy for both religious and nonreligious private schools. The Montana court said that the subsidy violated a state constitutional provision barring any state aid to religious schools, whether direct or indirect.

On the steps of the Supreme Court Wednesday, Kendra Espinoza, a divorced mother of two, explained why she is challenging that ruling.

"We are a Christian family and I want those values taught at school," she said. "Our morals as a society come from the Bible. I feel we are being excluded simply because we are people of religious background."

Thirty-seven other states have no-aid state constitutional provisions similar to Montana's, and for decades conservative religious groups and school-choice advocates have sought to get rid of them. On Wednesday, though, that goal looked a lot closer.

Five of the justices at some time in their lives attended private Catholic schools, and some of them were particularly vocal. Justice Brett Kavanaugh said that the history of excluding religious schools from public funding has its roots in the "religious bigotry against Catholics" in the late 1800s. He seemed to dismiss arguments made by the state's lawyer that Montana had completely rewritten its constitution in 1972, without any such bias.

Mae Nan Ellingson, one of the delegates to that convention, said afterward that there were ministers and "people of all faiths" at the convention who overwhelmingly had supported the no-aid provision.

The justices, however, seemed uninterested in that record.

That view suggested that Wednesday's case has the potential for much broader public funding of parochial schools.

"That would be a radical decision," said Justice Sonia Sotomayor.

Justice Stephen Breyer wondered where the plaintiffs' equal-treatment argument would end. He noted major school systems spend billions in taxpayer money to fund the public schools. "If I decide for you," he asked, would these school systems "have to give proportionate amounts to parochial schools?"

"You can't deny a generally available public benefit" to an otherwise qualified institution "based solely on its religious character," he said.

Representing the state of Montana, lawyer Adam Unikowsky told the justices that the states until now have generally had the power "to decide that they're only going to fund the public school system."

But Justice Kavanaugh repeatedly seemed to suggest that religious families who want to send their children to parochial schools should be treated equally under the constitution.

Just how far the Supreme Court will go in that regard may depend on Chief Justice Roberts, who, after a long night at the impeachment trial, did not entirely tip his hand.