Trump Administration Cuts Back Federal Protections For Streams And Wetlands

Trump Administration Cuts Back Federal Protections For Streams And Wetlands 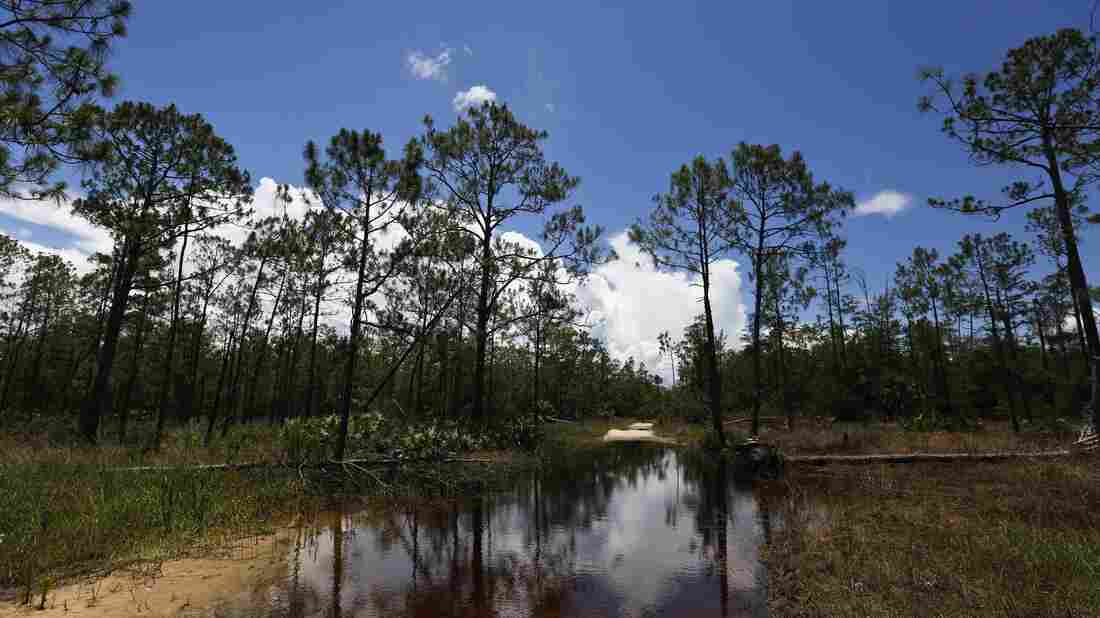 The U.S. Environmental Protection Agency is moving to roll back government limits on pollution in wetlands and smaller waterways Brynn Anderson/AP hide caption 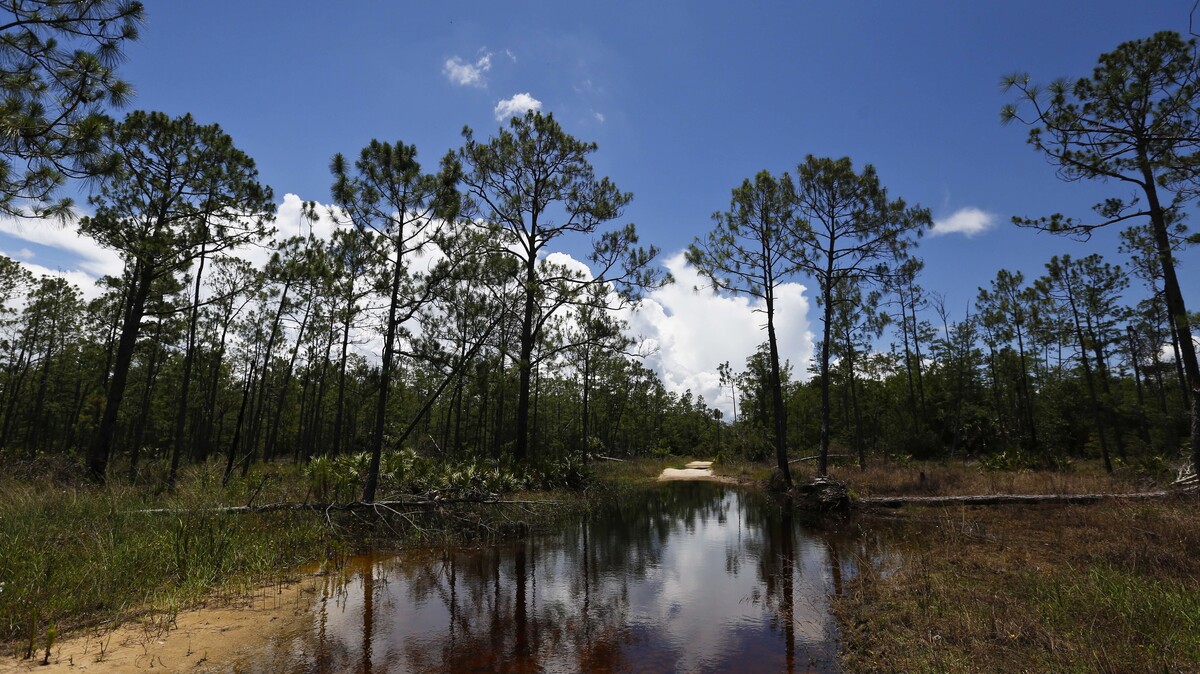 The U.S. Environmental Protection Agency is moving to roll back government limits on pollution in wetlands and smaller waterways

The Environmental Protection Agency is dramatically reducing the amount of U.S. waterways that get federal protection under the Clean Water Act — a move that is welcomed by many farmers, builders and mining companies but is opposed even by the agency's own science advisers.

EPA Administrator Andrew Wheeler, who announced the repeal of an earlier Obama-era water rule in September, chose to make the long-anticipated announcement Thursday in Las Vegas, at the National Association of Home Builders International Builders' Show.

"All states have their own protections for waters within their borders, and many regulate more broadly than the federal government," Wheeler told reporters on a conference call before the announcement.

"Our new rule recognizes this relationship and strikes the proper balance between Washington, D.C., and the states," he added. "And it clearly details which waters are subject to federal control under the Clean Water Act and, importantly, which waters falls solely under the states' jurisdiction."

The biggest change is a controversial move to roll back federal limits on pollution in wetlands and smaller waterways that were introduced less than five years ago by President Barack Obama.

The Obama executive action, which broadened the definition of "waters of the United States," applied to about 60% of U.S. waterways. It aimed to bring clarity to decades of political and legal debate over which waters should qualify.

However, various business interests painted the regulation as a massive federal overreach. Within weeks after the change was announced in May 2015, 27 states sued to block it. At the time, Texas Attorney General Ken Paxton, a leading critic, called the new rule "so broad and open to interpretation that everything from ditches and dry creek beds to gullies to isolated ponds formed after a big rain could be considered a 'water of the United States.' "

The revised rule announced Thursday states that ephemeral bodies of water — those that form only after rainfall or that flow only part of the year and dry up at other times — are among those that are not subject to federal control. This exception also applies to waste treatment systems, groundwater, prior converted cropland and farm watering ponds.

It also identifies four categories that are federally regulated under the Clean Water Act: large navigable waters such as the Mississippi River, tributaries, lakes and ponds, and major wetlands.

"This isn't about what is an important water body. All water is important. This is about what waters Congress intended for the agencies to regulate," Dave Ross, assistant administrator of the EPA's Office of Water, told reporters on the conference call. "And we have clearly established those lines." 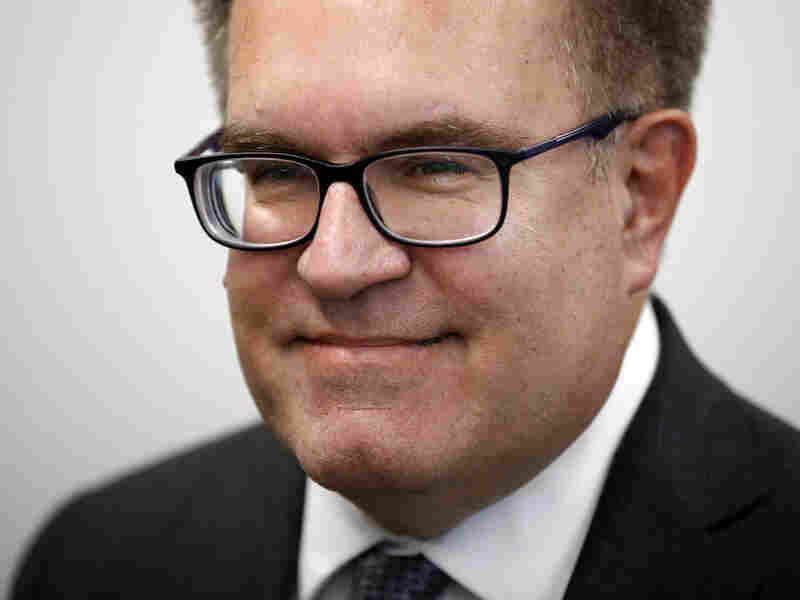 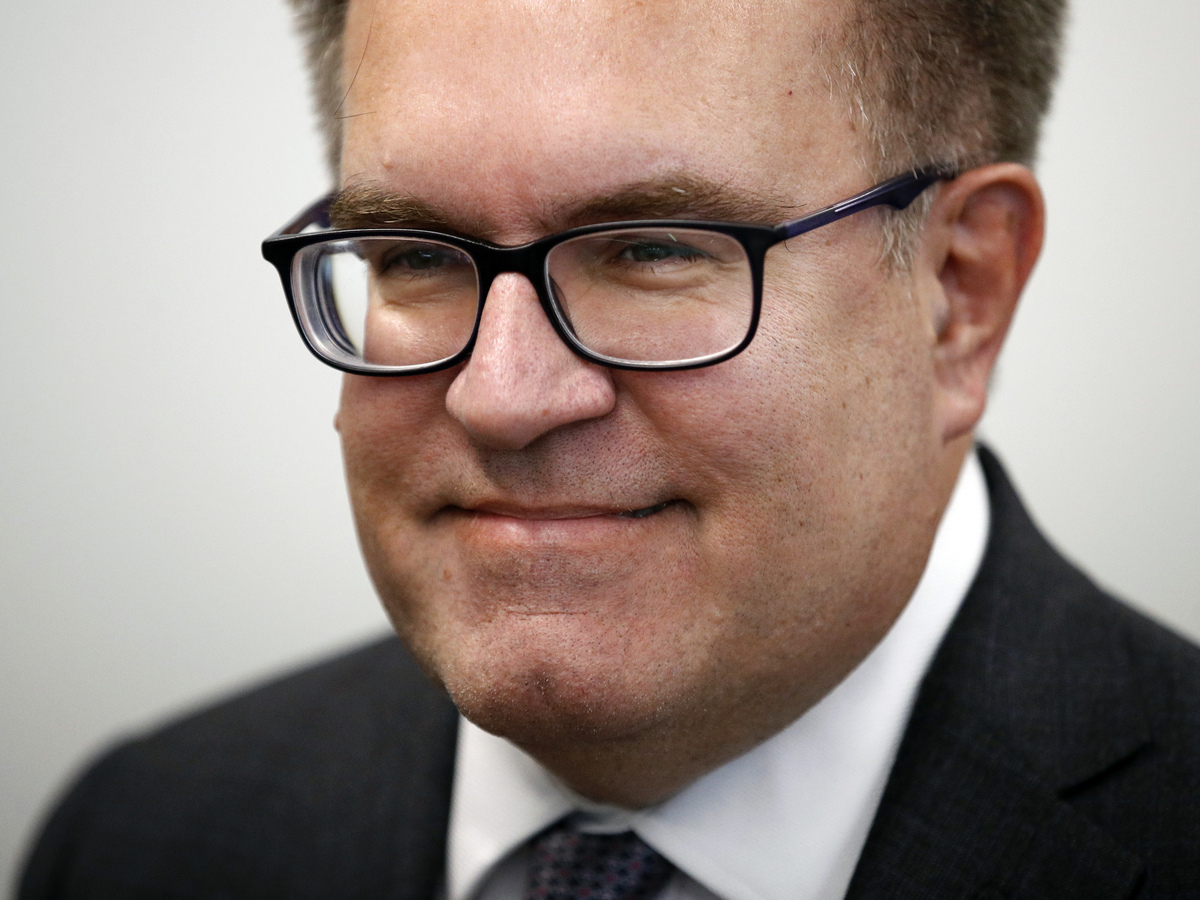 However, the revision has also encountered broad criticism. As the proposed rollback was taking shape last year, 14 states sued the EPA over the impending rule change, saying it "ignores science and the law and strips our waters of basic protections under the Clean Water Act."

In a draft letter posted online late last month, the 41-member EPA Science Advisory Board, which is made up largely of Trump administration appointees, said the revised definition rule "decreases protection for our Nation's waters and does not support the objective of restoring and maintaining 'the chemical, physical and biological integrity' of these waters." The letter is signed by the board's chair, Michael Honeycutt.

Gina McCarthy, the EPA administrator under Obama who implemented the 2015 regulation, is among the revision's most vocal critics. Now president and CEO of the nonprofit Natural Resources Defense Council, McCarthy slammed Thursday's announcement.

"So much for the 'crystal clear' water President Trump promised. You don't make America great by polluting our drinking water supplies, making our beaches unfit for swimming, and increasing flood risk," McCarthy said in a statement.

"This effort neglects established science and poses substantial new risks to people's health and the environment. We will do all we can to fight this attack on clean water. We will not let it stand."

In a speech on Sunday at the American Farm Bureau Federation's annual gathering in Austin, Texas, Trump hinted at the change, calling the 2015 Obama rule "one of the most ridiculous regulations of all."

"That was a rule that basically took your property away from you," he said. "As long as I'm president, government will never micromanage America's farmers."

He said the new regulations would "allow states to manage their water resources based on their own needs and what their farmers and ranchers want."

When Trump first proposed the new rule in late 2018, Randy Noel, then chairman of the National Association of Home Builders, told NPR that "I'm pretty excited about it because we hadn't had any lots to build on."

Noel lives in south Louisiana, an area with a lot of wetlands. He said developers were running scared because it wasn't ever clear which wetlands were federally regulated and which weren't. "Hopefully, this redefinition will fix that," he said.

But Janette Brimmer, with the legal advocacy group Earthjustice, said in a statement that under the new rule, "few protections will remain to stop polluters from dumping toxic byproducts into our waters."

The kinds of ephemeral waterways now excluded from federal regulation under the revamped rule make up a large part of the waterways in the arid Southwest and states such as New Mexico.

Rachel Conn, the project director with Amigos Bravos, a New Mexico-based conservation group that focuses on water issues, says those ephemeral streams are important to bigger water systems though, like the Rio Grande.

"And it is from these bigger systems that close to 300,000 New Mexicans receive their drinking water," she says.

Trump ordered a review of the nation's waterways barely a month after taking office. He said at the time that while clean water was "in the national interest," it must be balanced against "promoting economic growth, minimizing regulatory uncertainty, and showing due regard for the roles of the Congress and the States under the Constitution."

Since taking office, Trump has aggressively sought to roll back environmental regulations, particularly those seen as an obstacle to business. According to an analysis by The New York Times that was updated a month ago, the administration has revised or eliminated more than 90 environmental rules in the past three years, although several were reinstated following legal challenges and several others are still in the courts.