Accessibility links
Susan Orlean, author of "The Library Book" We're taking a look back at some of our favorite moments from over two decades worth of Bullseye episodes. In 2018, we caught up with journalist and author Susan Orlean. Susan's an accomplished author who's written for The New Yorker for thirty years. Her work has also appeared in Esquire and Vogue. She's the author of 8 books including; Saturday Night, My Kind of Place and The Orchid Thief. Susan chats with us about her most recent book, The Library Book, which is out now in paperback. 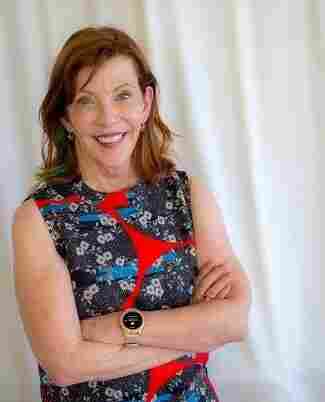 Author Susan Orlean has been intrigued by the written word for decades. Not just by the accomplishment of finishing a classic novel from cover to cover or in discovering a new favorite character hidden in the pages of a new book but the mystery and magic behind the stories we choose to tell and how we choose to tell them.

As a child, she found the library a magical place to be. She read every book she could get her hands on. As an adult, she became a writer whose work has appeared in the pages of Vogue, Esquire and The New Yorker, of which she's been a staff writer for thirty years. She's also written several wonderful books including Animalish, Rin Tin Tin and Saturday Night. Her book The Orchid Thief later became the basis for the film Adaptation by Charlie Kaufman and directed by Spike Jonze. Her newest tells the story of the Los Angeles Public Library and so much more. It's called The Library Book, and it hits bookstores this week. 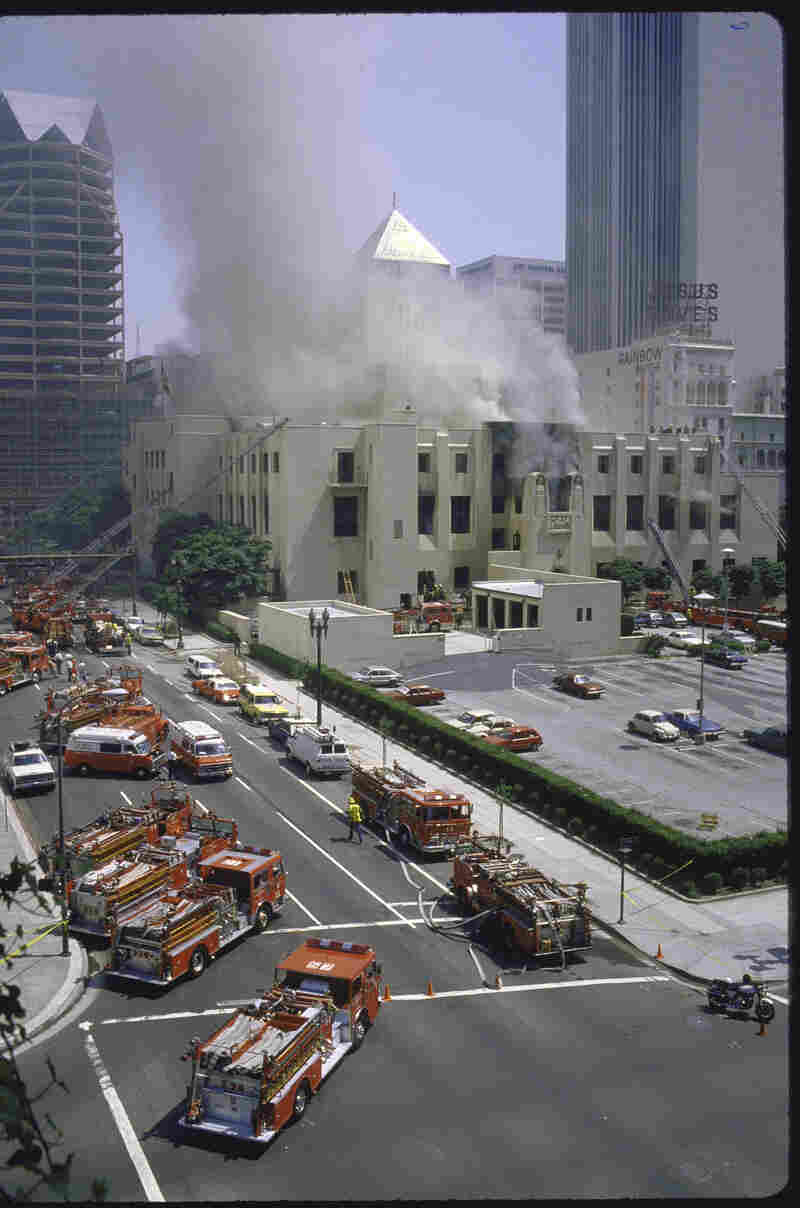 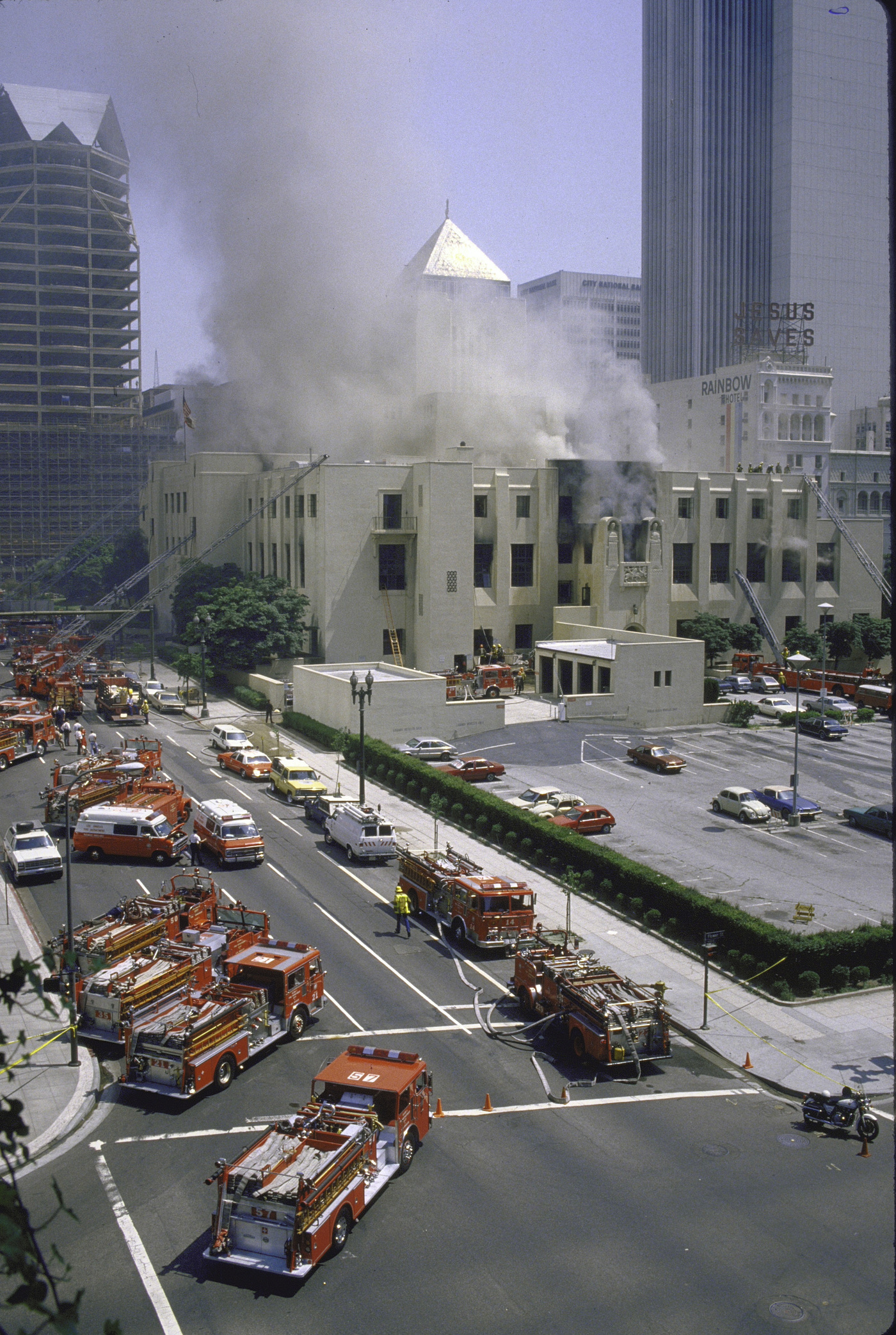 Smoke engulfs the Los Angeles Public Library on April 29, 1986. Susan Orlean tells the story of the fire in The Library Book.

The Library Book uncovers the history behind Los Angeles' Downtown library branch. From the Egyptian-influenced architecture to the mysterious 1986 fire that lead to the branch being closed for seven years! The fire burned for seven and a half hours and 400,000 books were vaporized. Suspects were brought in but ultimately no arrests were made. She makes room for facts surrounding the cold case and speaks with storytellers who respect the folklore behind the historic central library. The book is informative, joyful and compelling.

On Bullseye, Susan talks to us about how her mother influenced her love for books, what the former New York native's expectations of living in Los Angeles versus her reality and the pressure she felt to solve the mystery behind the case in her book. Plus, she'll tell us about the satisfaction that can be found behind non-conclusion conclusions.

The Library Book is available now in paperback from Simon & Schuster. You can click here to get your own copy.

This interview originally aired in 2018.