Accessibility links
9/11 Prisoner Used By CIA as Training Tool for Torture Techniques James Mitchell testified at a trial at Guantanamo that a man accused of helping finance the Sept. 11 terrorist attacks was subjected to "excessive" abuse.

A man accused of helping finance the Sept. 11, 2001, terrorist attacks was subjected to "excessive" abuse at the hands of CIA interrogators who used him as a training tool for employees learning the agency's torture techniques.

That's according to testimony Thursday from a psychologist who helped design the torture program. James Mitchell, who co-owned a company that was paid $80 million by the U.S. government to develop what the CIA called "enhanced interrogation techniques," said the prisoner, Ammar al-Baluchi, became an instructional aide for student interrogators. 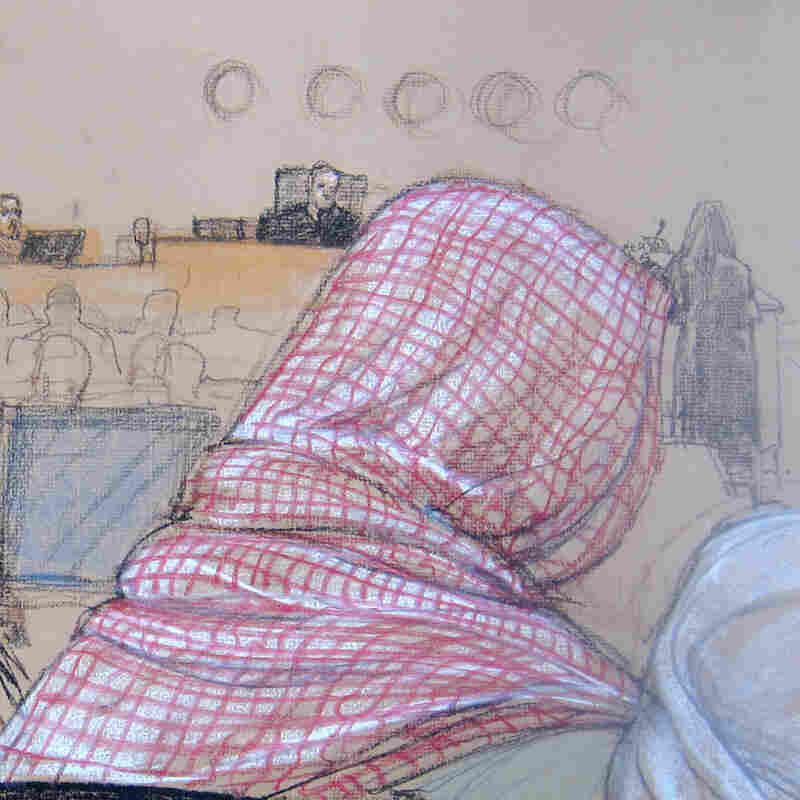 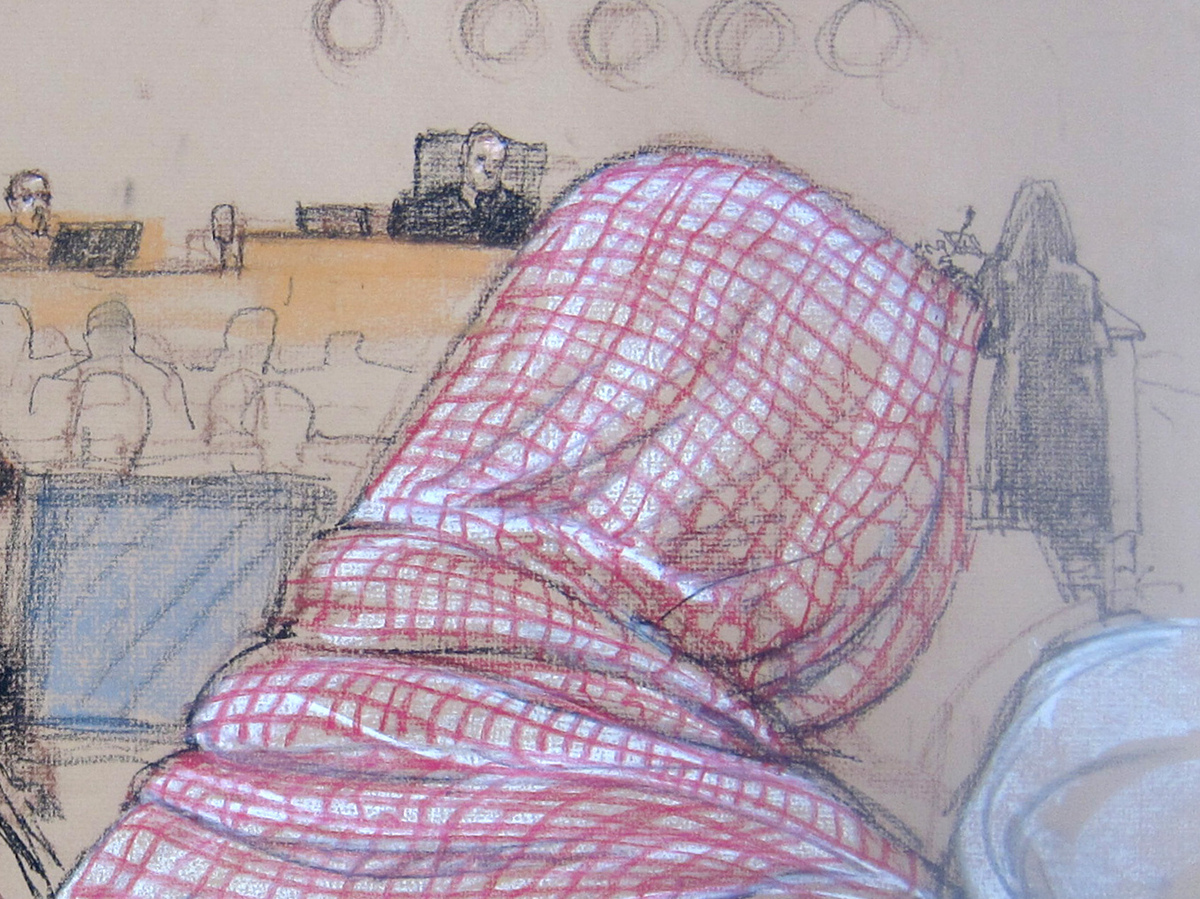 In this pool photo of a Pentagon-approved sketch by court artist Janet Hamlin, defendant Ali Abdul Aziz Ali, also known as Ammar al-Baluchi, attends his pretrial hearing along with other Sept. 11 defendants at Naval Station Guantanamo Bay in 2014.

During a May 2003 interrogation at a secret overseas CIA prison in Afghanistan known as a "black site," al-Baluchi was slammed into a wall, doused with water and slapped multiple times in the face and stomach, according to an unclassified CIA document presented in court. He was also put in stress positions — forced to lean at an angle against a wall using only his forehead and also to kneel backwards to an extreme degree — for nearly an hour.

According to CIA records, the interrogation provided little new information.

Testifying at the U.S. military court at Guantanamo in a pretrial hearing for al-Baluchi and other Sept. 11 defendants, Mitchell affirmed claims by al-Baluchi's attorneys that CIA employees used the experience to earn certification in the agency's "enhanced interrogation techniques."

The employees were already "qualified" in the techniques but needed more hands-on training to become "certified," according to Alka Pradhan, one of al-Baluchi's defense lawyers. She said six to eight CIA employees took part in al-Baluchi's interrogation session.

One employee "explained his role as a student doing on-the job training." Another said that before al-Baluchi's interrogation, he had felt he was falling behind "because he needed to practice interrogation techniques." Others said they were "trying to learn what they were doing and how to apply coercion." That's according to a classified CIA report, portions of which defense attorneys were permitted by the government to read in open court.

Asked by al-Baluchi's lead attorney, James Connell, if it is customary for people learning interrogation methods to practice on detainees, Mitchell — a former interrogation trainer — replied: "We had them practice on themselves," not on prisoners.

Added Mitchell: "It looks like they used your client as a training prop."

Of the 20 "facial slaps" al-Baluchi was subjected to, Mitchell said: "To me, that seems excessive."

To underscore his point, Mitchell, who personally waterboarded Khalid Sheikh Mohammad, added that "in my most contentious time with KSM, he was looking at me like he wanted to cut my head off and I slapped him three times and he stopped glaring."

Al-Baluchi is accused of helping finance the Sept. 11 hijackers. Also known as Abd al Aziz Ali, he was captured in 2003 and has been held at Guantanamo since 2006.

The case is not scheduled to go to trial until January 2021, but pretrial hearings have been happening for years as attorneys debate various legal issues that must be resolved before a trial can begin.

During his testimony this week, Mitchell defiantly defended his role in the CIA's torture program, emphasizing the climate of fear in the United States after the Sept. 11 attacks and the concern that another catastrophic event was imminent. Given those circumstances, he said, the government was willing to do whatever was necessary to prevent that, even if it resulted in "the temporary discomfort of terrorists who had voluntarily taken up war against us."

Yet Mitchell also testified that he came to believe the CIA's torture techniques had gone too far and verged on breaking the law. He said some interrogators used his methods in abusive and unauthorized ways, prompting him to try to quit. But he said CIA officials told him he had "lost his spine" and would be at fault if another mass casualty occurred.

"The implication was that if we weren't willing to carry their water, they would send someone else who would do it," Mitchell said, "and they may be harsher than we were."

Mitchell continued working for the CIA, although the agency eventually cut ties with him and canceled his contract in 2009 as public outrage over the torture program mounted.

Mitchell's testimony is expected to continue next week, and his former business partner, Bruce Jessen, will testify after him.