Accessibility links
StoryCorps: 6-Year-Old Shares His Obsession With Outer Space With His Uncle Six-year old Jerry Morrison is obsessed with space — a love that intensifies when talking to his uncle, a NASA engineer. "I learned from you a lot," Morrison told him. "More than I could imagine." 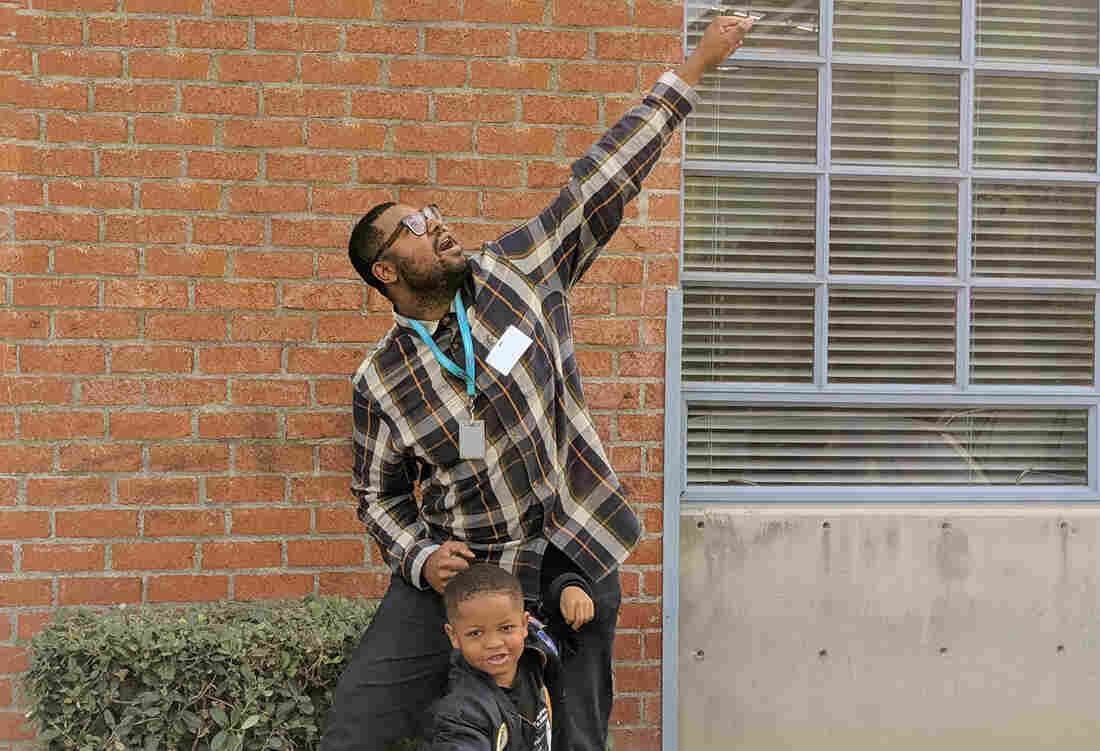 Six-year-old Jerry Morrison and his uncle Joey Jefferson, a NASA engineer, talk about their mutual love for learning about space, in November 2019 at their StoryCorps interview in Los Angeles. Courtesy of the Morrison family hide caption 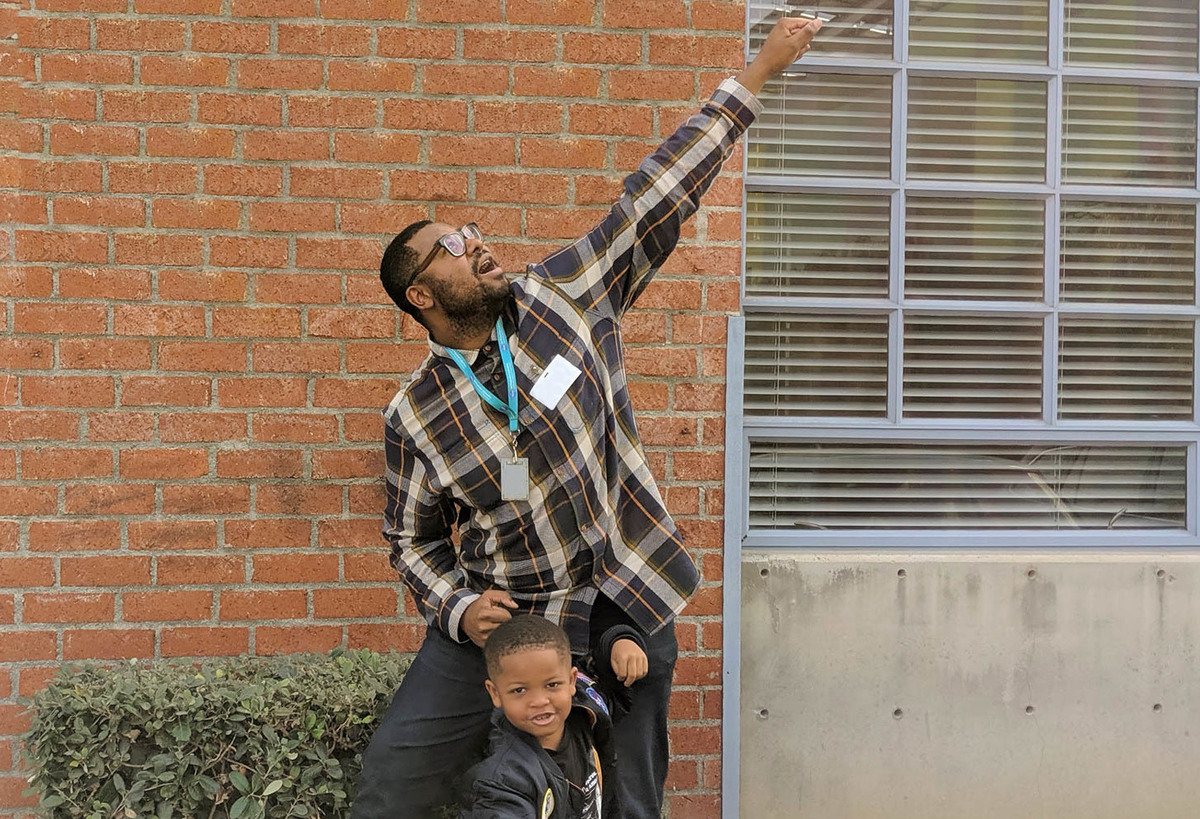 Six-year-old Jerry Morrison and his uncle Joey Jefferson, a NASA engineer, talk about their mutual love for learning about space, in November 2019 at their StoryCorps interview in Los Angeles.

Courtesy of the Morrison family

At six years old, Jerry Morrison is already shooting for the stars.

"I want to live on another planet," Jerry told his uncle, Joey Jefferson, at StoryCorps in November. "There's so much sights to see: nebulas, hot Jupiters and supernova remnants. They look so beautiful."

Jefferson, 29, also fell in love with space at an early age. It started with a wind-up space shuttle toy his mother gave him when he was a kid. Today he's a mission operations engineer at NASA's Jet Propulsion Lab, where he commanded the Spitzer Space Telescope and the Cassini spacecraft to Saturn.

Jefferson, who lives in California, and Jerry, who lives in Florida, meet up a few times a year, and their conversations always revolve around their shared love for space.

"What kind of planet would you live on?" Jerry asked his uncle at StoryCorps.

No, Jerry wants to live much farther from Mars: on an exoplanet (a planet beyond of the solar system) called Kepler-452b. NASA announced its discovery of the Earth-like planet in 2015.

"We estimate to be trillions of galaxies out there," Jefferson told Jerry. "There's a lot of stars and a lot of exoplanets that we got to find, and so we need people like you to keep doing what you're doing."

A Teenager In The 1950s, Extreme Sledding For The Air Force

Jefferson wants his nephew to not only hold on to his curiosity but also share what he learns with others. And Jerry has already gotten the chance to do that. As a kindergartner last year, he taught a lesson to the fifth graders in his school about the planets of the solar system.

"It was a big opportunity for me," Jerry said. "It was awesome."

Jerry said he learns about space from his uncle. "I learned from you a lot, like more than I could imagine," Jerry said.

"You're learning so much by yourself, too, that you're teaching me as well," Jefferson said. "And that's really cool. The more you learn, the more we realize the little things in life we take for granted are the very things that make life possible. So when I look up in the stars, I think about that."

His hope for Jerry is that he will do and continue to learn about the things that he loves most. "You can do whatever you want, but in the future, I think you're going to go to Kepler-452b."