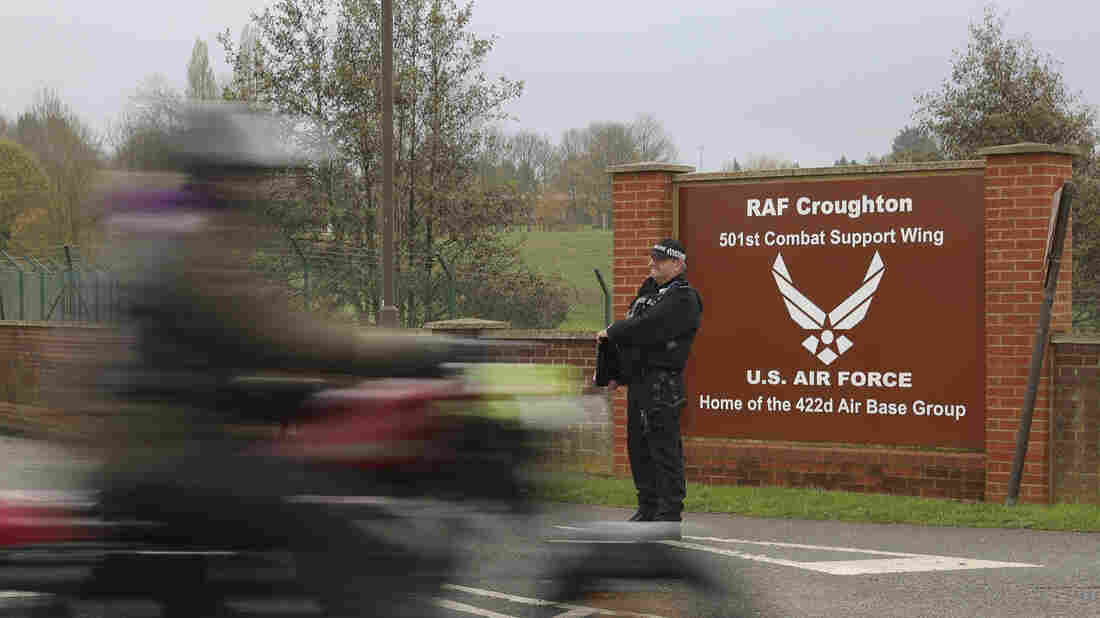 A motorbike convoy in November follows the last ride of Harry Dunn, who died when his motorbike was involved in a head-on collision in August 2019, near RAF Croughton, in Brackley, England. Andrew Matthews/AP hide caption 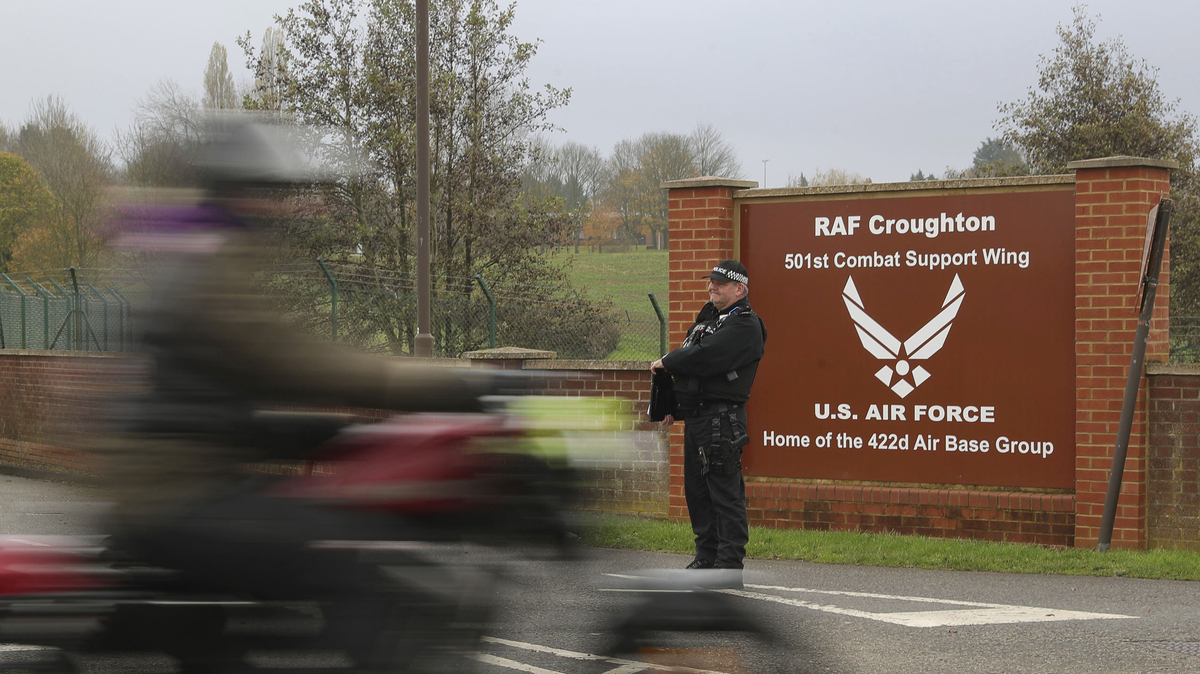 A motorbike convoy in November follows the last ride of Harry Dunn, who died when his motorbike was involved in a head-on collision in August 2019, near RAF Croughton, in Brackley, England.

The State Department has rejected a request from London to hand over a U.S. diplomat's wife who fled the U.K. last year after she was involved in a head-on car crash that killed a young British man.

According to local police, Anne Sacoolas was driving on the wrong side of the road when she hit 19-year-old Harry Dunn, riding a motorbike, on Aug. 27 in Northamptonshire, in central England.

A State Department spokesperson, who called it a "tragic" accident, said Sacoolas had "immunity from criminal jurisdiction."

"If the United States were to grant the U.K.'s extradition request, it would render the invocation of diplomatic immunity a practical nullity and would set an extraordinarily troubling precedent," the spokesperson said in a statement.

"The United States has a history of close law enforcement cooperation with the United Kingdom, and we value that relationship," the statement said. "The United States government again expresses its sincere condolences and sympathy to the Dunn family for the loss of their son."

On Friday, Dominic Raab, Britain's foreign secretary, said he had spoken by phone with U.S. Ambassador Woody Johnson, to express his government's "disappointment about this decision."

"We feel this amounts to a denial of justice, and we believe Anne Sacoolas should return to the U.K.," Raab said. "We are now urgently considering our options."

Sacoolas, whose husband reportedly worked at Royal Air Force base Croughton, was 42 at the time of the crash. She returned to the U.S. in October after reportedly telling police that she had no plans in the near future to leave the country.

After she arrived in the U.S., officials in Washington rejected an official request from London to extradite Sacoolas on a charge of causing death by dangerous driving. 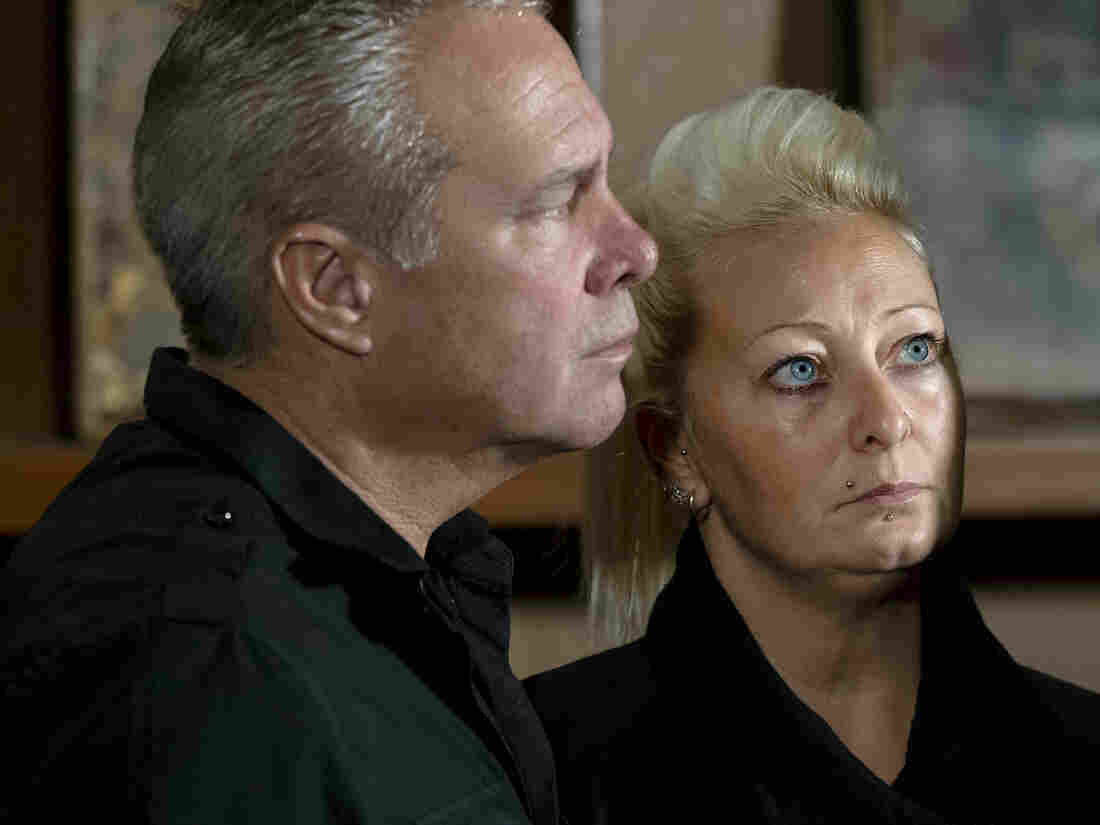 Charlotte Charles, mother of Harry Dunn, who was killed when his motorbike was struck by a car, joined by husband Bruce Charles, in New York, in October. Craig Ruttle/AP hide caption 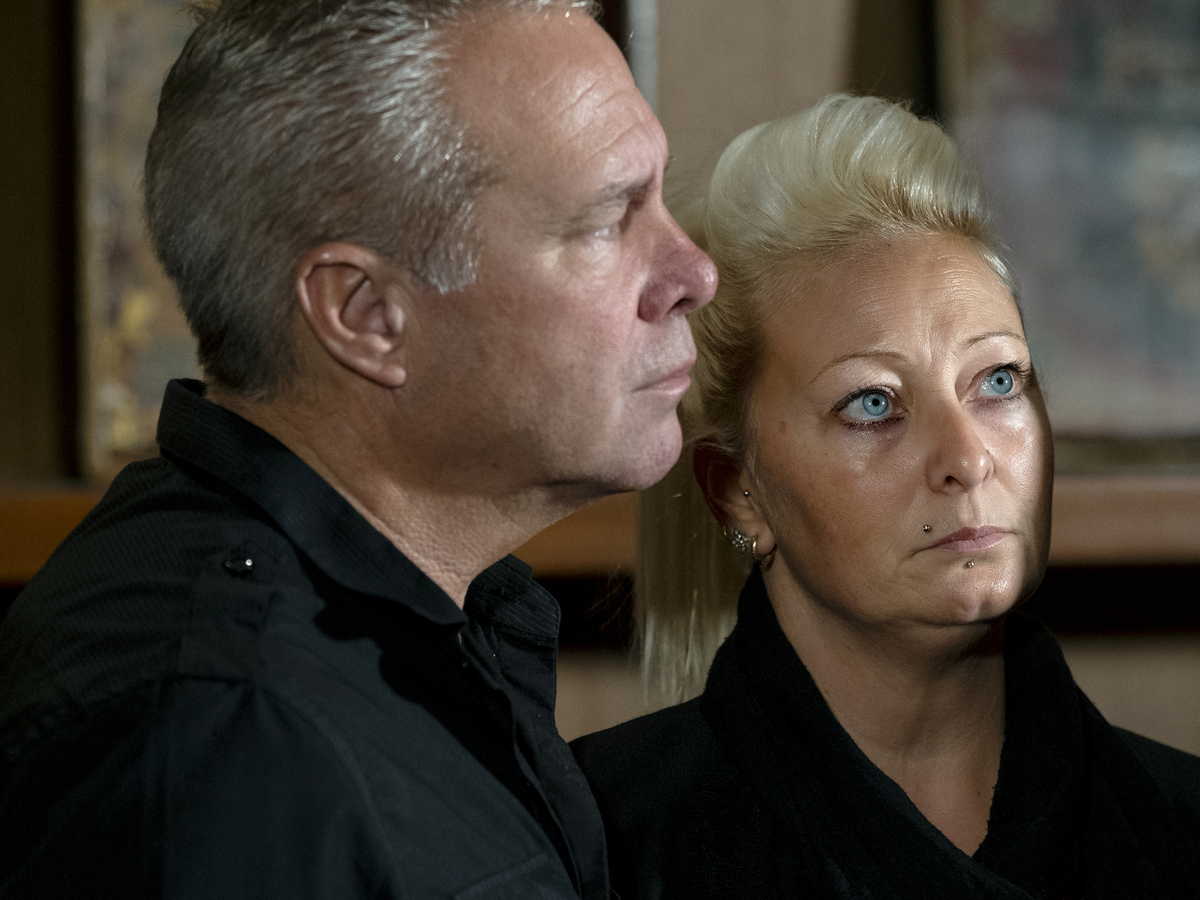 Charlotte Charles, mother of Harry Dunn, who was killed when his motorbike was struck by a car, joined by husband Bruce Charles, in New York, in October.

The parents of the victim, Charlotte Charles and Tim Dunn, met President Trump in the Oval Office on Oct. 15, but declined an offer to meet with Sacoolas, who was waiting in a nearby room.

The case has sparked controversy in Britain, where Prime Minister Boris Johnson has said he does not think "that it can be right to use the process of diplomatic immunity for this type of purpose."

Ahead of an Oct. 9 phone call with Johnson, Trump was photographed carrying a briefing paper marked "secret" which indicated that if the prime minister raised the subject of Sacoolas, the president was to tell him that "the spouse of the U.S. Government employee will not return to the United Kingdom."

#trumpnotes @realDonaldTrump (If Raised) Note, as @SecPompeo told Foreign Secretary @DominicRaab that the spouse of the U.S. Government employee will not return to the United Kingdom. @SkyNews pic.twitter.com/7yDUdOm3Pd

"The prime minister urged the president to reconsider the U.S. position so the individual involved can return to the U.K., cooperate with police and allow Harry's family to receive justice," Johnson's office said in an emailed statement about the call, according to Bloomberg News. "The president said he was fully aware of the case and deeply saddened by what has happened, and he expressed his condolences to Harry's parents. The leaders agreed to work together to find a way forward as soon as possible."

British media reported that at the time of the accident Sacoolas had recently arrived in the country, leading to speculation that she may have been unaccustomed to driving on the left, as is the custom in Britain.

"The woman was driving on the wrong side of the road," the president said a day after his October phone call with Johnson. "And that can happen, you know. Those are the opposite roads. That happens. I won't say it ever happened to me, but it did."