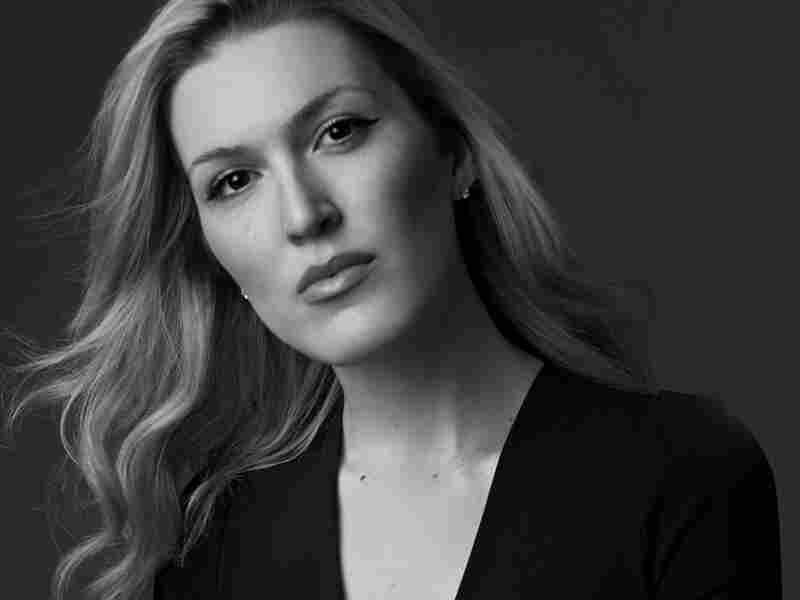 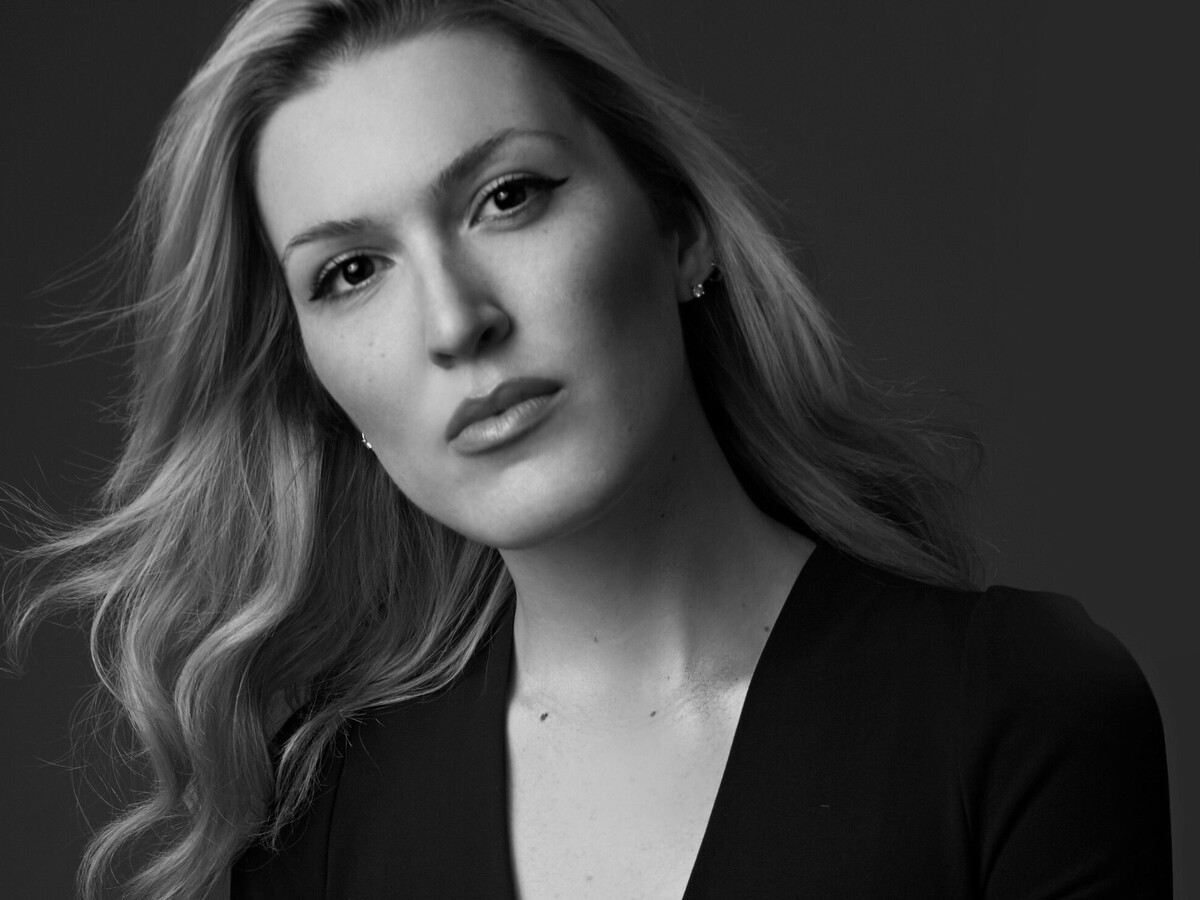 We recorded the show in Des Moines, Iowa, this week and so we invited New York Magazine Washington correspondent Olivia Nuzzi to play a game called "Olivia Nuzz...ealand." Three questions about New Zealand — which is very far away from Iowa.

And now the game where we ask very smart people about very dumb things. It's called Not My Job. Olivia Nuzzi is a beloved political reporter for New York magazine. Specifically, she is beloved by the White House, who once invited her for a private visit with the president and about half his cabinet, and Rudy Giuliani, who not only likes to gossip with her over lunch but is constantly butt-dialing her - or so he says. Because of that, we are delighted she picked up the phone when we called to invite her.

OLIVIA NUZZI: Thank you for having me.

SAGAL: So you are a preeminent political reporter at a fairly young age. So...

SAGAL: You have written so many interesting stories that it's hard to pick one to ask you about. But - so you got a call of some kind, and the president would like to speak to you.

NUZZI: Yeah. I had been at the White House all morning doing some reporting on something frankly really stupid. It was, like, why hadn't Trump fired someone yet that we all thought he would fire?

SAGAL: I think we only have really stupid stories.

SAGAL: That's all we get.

NUZZI: And I was going to leave the White House. And actually, I stopped outside to have a cigarette. And if I hadn't stopped - smoking saved my life in this instance.

NUZZI: If I hadn't done that, I wouldn't have still been there when I got the call from Sarah Huckabee Sanders asking me to come to her office. And she didn't say why, and I just assumed they were going to yell at me.

NUZZI: And yeah. And then I went in there. And, you know, it was kind of like a sitcom reunion episode - just, like, famous members of the cabinet start just coming out every few minutes.

SAGAL: You walk in, and there's the president...

SAGAL: He walks in. Oh, it's Secretary Mnuchin. Hello, Steve.

NUZZI: It - I made a joke that it was like an intervention.

NUZZI: Yeah, yeah, yeah. And I also made a joke - what is it - my mother going to come out here next? Like, who else do you have back there? And he just kind of looked at me.

PAULA POUNDSTONE: Olivia, why did he want to speak to you?

NUZZI: They - he wanted to get me not to write the story that I was going to write. And he did succeed in the end because I ended up writing about him trying to get me to not write the story.

MO ROCCA: I was hoping it was that they were concerned about your smoking.

ROCCA: That would have been really sweet.

SAGAL: Your other big story - at least that I particularly enjoyed - was your interview or lunch with Rudy Giuliani. He just called and asked you to lunch.

NUZZI: Not quite. He had - we had been going back and forth for a few months, and he then was going to stop talking to me, he told me, because I'm biased because I wrote that Joe Biden seems like a nice guy, which - he just does.

NUZZI: He just does. And he then - I just continued to pester him to talk to me, and he did. And then I said, do you want to have coffee? And he said, where are you? I'll pick you up. And he drove with his driver to pick me up at my hotel.

NUZZI: If anyone texts him or calls him, he answers. He's very accessible. It's something you could say that's positive about him.

NUZZI: He never really says anything's off the record. He is...

NUZZI: ...Consistent about - you know, he says the same thing on Fox News as he'd probably say over bloody marys.

SAGAL: So that's, like, when we watch him going on his bizarre rants on, say, Fox, that's him. That's the real Rudy. That's what you get.

NUZZI: I didn't want to be mean to him.

POUNDSTONE: You are going to get a text at, like, 2:30 on Sunday morning.

POUNDSTONE: Olivia, I am so worried that you are not reading the signs.

NUZZI: And then he was drooling.

SAGAL: He was drooling?

POUNDSTONE: He was drooling?

POUNDSTONE: Yeah. His fly was down, and he was drooling.

NUZZI: And then he fell into a wall.

POUNDSTONE: And you wanted to have...

ROCCA: Fell into a well?

NUZZI: He fell into a wall.

NUZZI: He fell into a wall. And this is before he started drinking.

NUZZI: I didn't want to stare too much. I believe he fixed it when he finally used the restroom at the end of our time together.

ROCCA: Did you start feeling like a home health aide?

SAGAL: One last question before we go to the game. Caucus night was like the Olympics. It happens every four years. Everybody descends on the town, and then it's over, and they go away for four years. When that happens at the end of the caucuses, will you be sad to leave this lovely place?

NUZZI: I will. I love Iowa. I'm not just saying that because I'm afraid of all of you.

SAGAL: What's not to love? They're polite. They zip up their flies. They rarely...

SAGAL: You go, Iowa. You're the highlight.

SAGAL: Well, it has been a delight to talk politics with you. But, Olivia Nuzzi, we have invited you here to play a game that we're calling...

SAGAL: You can't get a lot further from Iowa than New Zealand, the adorable country most people think of as eastern Australia. So we're going to ask you three questions about that country. Get just two right, and you'll be a cobber - which is Australian slang. Again, it's not actually part of New Zealand. All right.

SAGAL: All right. Here we go. Who, Bill, is Olivia Nuzzi playing for?

SAGAL: Here we go. New Zealand has many natural marvels, including which of these? A, the man-eating giant shrew; B, the giant weta, the world's heaviest insect; or C, the so-called impatient vulture, the only vulture in the world that actually kills things.

SAGAL: The second thing was the giant weta, the world's heaviest insect.

POUNDSTONE: Well, there you go.

SAGAL: Apparently, it's a big bug of some kind that weighs more than a bird. All right.

SAGAL: ...Or C, they were the first nation to list SoulCycle as a, quote, "dangerous cult."

SAGAL: You're going to go for C, they were the first nation to list SoulCycle...

SAGAL: No, it was actually A.

SAGAL: They were the first nation to teach dogs to drive. They did this back in 2012. I'm not quite sure why, but they did teach...

SAGAL: Only three of them.

SAGAL: All right. You still have one more chance, Olivia. Here we go. When you're in New Zealand, you can visit a number of beautiful natural landmarks, including a hill called which of these? A, Hill Kurtis (ph)...

ROCCA: That's a nice one.

SAGAL: That incredibly long name - which, by the way, is the longest place name in the world - it's actually on a sign that's about 30 feet long.

SAGAL: The name translates to the summit where Tamatea, the man with the big knees, the slider, climber of mountains, the land swallower who traveled about, played his flute to his loved one.

SAGAL: Bill, how did Olivia Nuzzi do on our quiz?

SAGAL: Olivia Nuzzi is the Washington correspondent for New York magazine and is writing a book about the 2020 campaign with Politico's Ryan Lizza. Olivia Nuzzi, thank you so much for joining us on WAIT WAIT... DON'T TELL ME.

SAGAL: In just a minute, Bill's cat is hungry for Bill. It's the Listener Limerick Challenge. Call 1-888-WAIT-WAIT to join us on the air. We'll be back in a minute with more of WAIT WAIT... DON'T TELL ME from NPR.

KURTIS: From NPR and WBEZ Chicago, this is WAIT WAIT... DON'T TELL ME, the NPR news quiz. I'm Bill Kurtis. We are playing this week with Paula Poundstone, Mo Rocca and Negin Farsad. And here again is your host at the Des Moines Civic Center in Des Moines, Iowa, Peter Sagal.

SAGAL: Thank you, Bill. Thank you, guys. Get ready, Iowa. Bill Kurtis is cooking up some Maid Rhyme (ph) sandwiches.