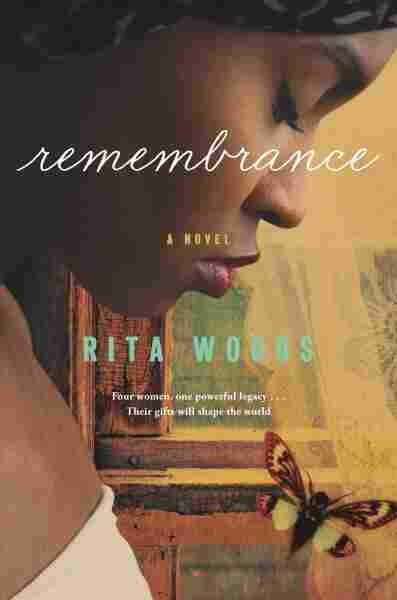 Rita Woods' debut Remembrance is a complex story of loss and survival told across 200 years by four women, united by the color of their skin and the supernatural powers they command. It's an ambitious, absorbing novel that's occasionally let down by lengthy exposition and frequent jumps between points of view.

Right away, we meet two intriguing present-day characters who provide some valuable hints about where the story's going: Gaelle, a Haitian refugee, is a nurse's aide at the Stillwater Care Facility in present-day Cleveland, Ohio. She's formed a bond with resident Jane Doe, an old woman who doesn't speak, has no visitors, and no identity — until a stranger visits and calls her Winter. Gaelle also learns she and Winter share a mysterious power over heat.

Back in 1857, sandy-haired Margot and her younger sister Veronique are slaves alongside their beloved Grandmere, a healer, whose wisdom about herbs and poultices endear her to Mistress Catherine; the slave owner promises to free the two girls when each one turns 18. Margot has the supernatural power of touch. She can feel "the things wrong inside" a body in detail — but as her 18th birthday approaches, yellow fever wipes away the mistress's promises, and Margot and Veronique must run to remain together. Margot's steadfast devotion to her sister is wonderfully written, and her journey includes some of the book's most dramatic passages.

Further back, in 1791 Haiti — then called Saint-Domingue — Woods tells the story of a loving, tight-knit slave family as a gut-wrenching contrast to the atrocities of slavery on a sugar plantation. Abigail is a devoted mother and wife, owned by Monsieur Rousse. A self-proclaimed "good man," he doesn't beat his slaves or split families apart on the auction block — until Abigail's husband's involvement in a historic slave revolt, leading Rousse to send his wife and child to safety in New Orleans. This separates Abigail from her children; she must sail from Saint-Domingue along with Rousse's wife and child. Without her family, a distraught Abigail meets Simona and Josiah, a tall, imposing dark-skinned man with a "thick white film covering his eyes." They offer Abigail the chance to fulfill her destiny.

Then, the story takes a puzzling leap. We next meet "Mother Abigail" in 1852 — at the same time as Winter first meets her — when she's a priestess, and a practitioner of Vodun. Abigail's abilities are far-reaching and include a superpower over the environment, which she has used to create the community of Remembrance:

She controlled the Edge, that unseen boundary separating Remembrance from the Outside ... She was the one who'd created this sanctuary, this impenetrable sanctuary, for her people.

Hidden by magic and willpower, Remembrance is a settlement where runaway slaves can find freedom and live unafraid of recapture. The Underground Railroad plays a role in this story, but for those who can't make it out that way, Remembrance means freedom. No one from the Outside, the white slavers or their hunting hounds, can break through The Edge. But then Mother Abigail's magic begins to break apart, and Winter and Margot play significant roles in the effort to save the community Abigail has created.

Woods' book is filled with fantastical elements, and while in spots I felt the connection between slavery and magic was an easy one, I appreciated that the author doesn't credit a singular superpower.

Woods' book is filled with fantastical elements, and while in spots I felt the connection between slavery and magic was an uneasy one, I appreciated that the author doesn't credit a singular superpower. Magical, spiritual, voodoo or Vodun, acquired or bestowed, whatever the origin of the women's abilities, the story focuses on how they use them — even if Woods' descriptions of those powers can occasionally be confusing.

With so many characters, each with their own story, Remembrance is bound to have twists and turns. But Woods drops some of the surprises on us too abruptly — like the fate of Abigail's husband — or too late, blurring the importance of Abigail's relationship to Winter. Woods also has a tendency to kill off characters or introduce new problems in what feels like an attempt to add tension or deepen characterization — but on occasion falls short. And the mysterious Josiah is commanding whenever he shows up. Still, since he manages to appear in every one of the novel's timelines, that mystery eventually becomes a nagging question: Who or what is he?

Nonetheless, Woods creates memorable characters in all four settings, each with a distinct purpose that helps make the impossible relatable. Remembrance is a well-researched, epic historical fantasy that, despite its flaws, delivers upon the themes of pain and suffering, loss and survival — and how they can drive the creation of a safe place that by its very existence is timeless.