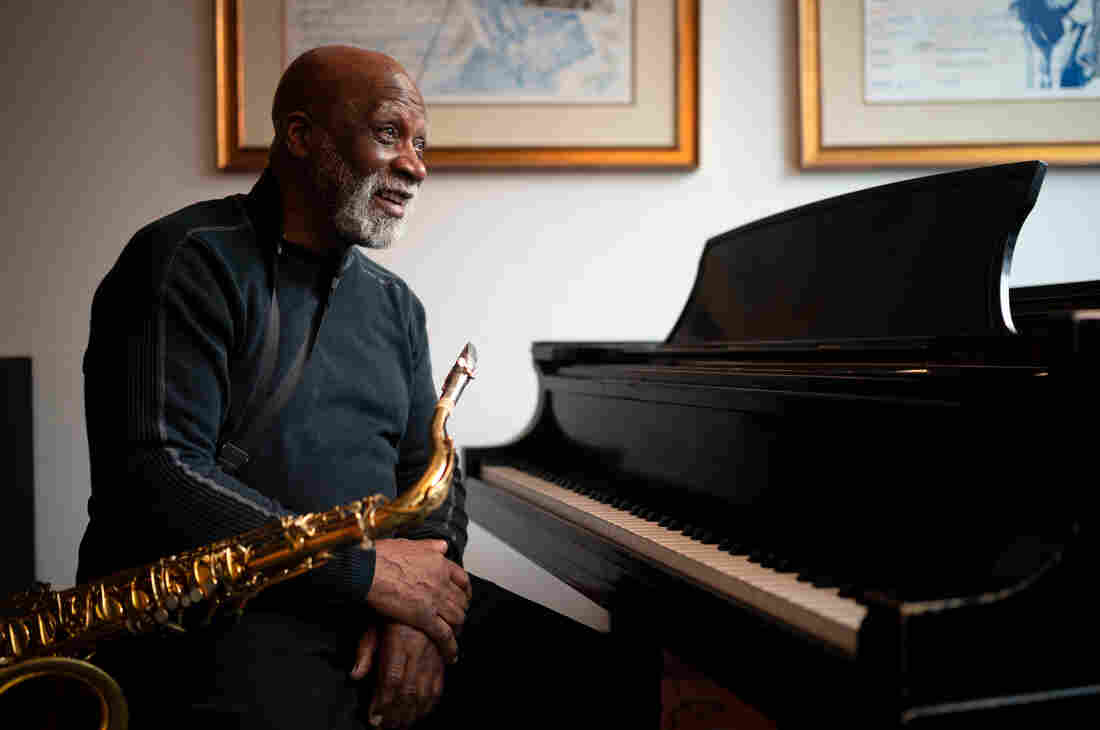 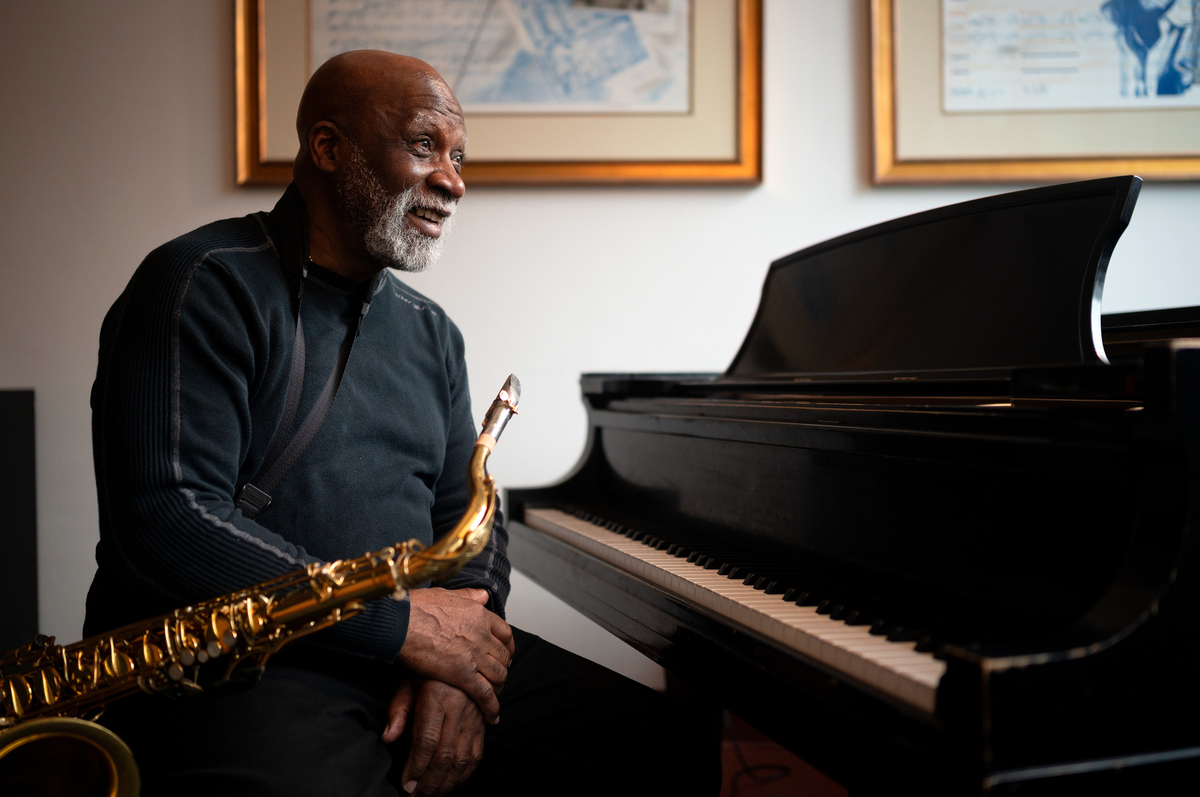 Hank Bolden, shown here at The Hartt School, is an atomic veteran — one of thousands of soldiers present at secret U.S. nuclear weapons tests that took place during the Cold War.

Hank Bolden is an 83-year-old undergraduate at the Hartt School of Music in Connecticut. He is also an atomic vet — one of thousands of soldiers exposed to secret nuclear weapons tests during the Cold War.

Bolden is one of only a few African-Americans still here to tell the story.

In 1955, Bolden was in his late teens and stationed in California. One day he was told he'd been chosen to participate in a special military exercise. "I had no idea what I was selected for," he said.

Bolden was flown to Desert Rock, Nev., where he joined hundreds of other soldiers from across the country. He didn't know anyone else there. A day later they were marched out to trenches.

"In the trench that I was in, there was nothing but soldiers that looked like me. All black faces in my trench," he said.

Documenting The History Of Mob Violence Against African-American Veterans

Documenting The History Of Mob Violence Against African-American Veterans

Then came a wave of heat and dust.

"And there weren't any goggles that we had to place over our eyes. Just had a helmet and our arms supposedly to protect your eyes," he said. "And you visibly see your bones. And you visibly see other folks' skeletons. That's what I saw."

After the tests, Bolden and the other soldiers had to swear an oath of secrecy never to talk about what had happened — not to family, doctors or to each other. Violation of the oath was punishable by 10 years in prison and a $10,000 fine.

Bolden says for decades, he never talked. But as the years went on, he was diagnosed with bladder cancer, multiple myeloma and subcapsular cataracts. He began to worry that his health problems might be connected to what he'd seen. 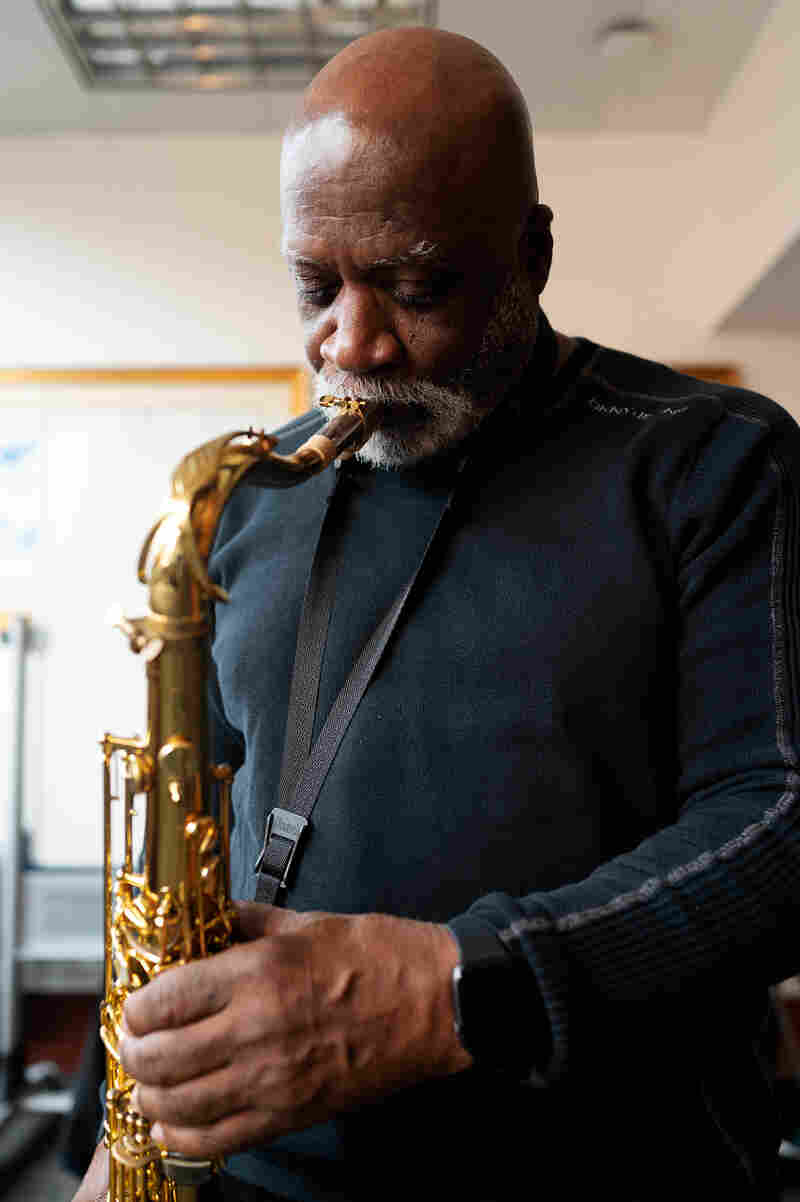 Hank Bolden plays his saxophone at The Hartt School. For decades, he wasn't allowed to talk about being an atomic veteran. Ryan Caron King/Connecticut Public Radio hide caption

Alex Wellerstein is a historian of nuclear weapons at the Stevens Institute of Technology, a private research university in New Jersey. He said there were hundreds of tests in this period. Early exercises were aimed at learning how the weapons worked. The goal of the Desert Rock exercises was to find out what happens to soldiers when they see a live nuclear weapon go off: Can they still be commanded? Do they become hysterical and no longer take orders? Do they become so overcome with fear that they can't do anything?

At the same time, military commanders were not fully aware of the risks of exposing soldiers to ionizing radiation, Wellerstein said.

Slowly, veterans who'd been unwittingly used as human research subjects began quietly sharing their stories. In the 1970s, they formed the National Association of Atomic Veterans. In 1995, President Bill Clinton officially apologized to survivors and families, and a year later, Congress lifted the oath of secrecy.

Today, those who can demonstrate they're atomic veterans and have developed one of several specific medical conditions are eligible for compensation. Attorney John Stevens Berry, who served in Vietnam, draws a parallel to Agent Orange. In both cases it's tough to prove medical conditions are directly connected to exposure, but the government presumes there's a link.

"There are two presumptive areas," Berry said. "One is nuclear exposure, one is Agent Orange — where you don't have to prove it because there's so damn many people sick of it."

Last year, after receiving his compensation, Hank Bolden decided to go back to college. When he got out of the Army in the '50s, he enrolled at the Hartt School of Music, but dropped out to go on the road playing music.

"And I like to complete what I've started," he said while laughing.

For A Black Woman In The Military, Harassment Was Its Own Battle

"It was apparent to me that he is a practitioner, a musician who can do it," Jackson said. "But he wants to come in and learn a little bit more about the nuts and bolts of music, which I think is something to be in awe of."

Bolden was accepted and awarded a scholarship. He said he's come to terms with what happened decades ago when he was a young soldier.

"I have no regrets about being involuntarily volunteered because it actually has played a part into my being here now and where I'm at," he said.

As for sitting in classes alongside students who are a quarter of his age, Bolden said: "Music will keep ya young."