Accessibility links
Regional Elections In Italy: Can The 'Sardines' Win Against Populism? European Union officials will be closely monitoring results of the local votes on Sunday that are seen as a bellwether for the fate of the national government. 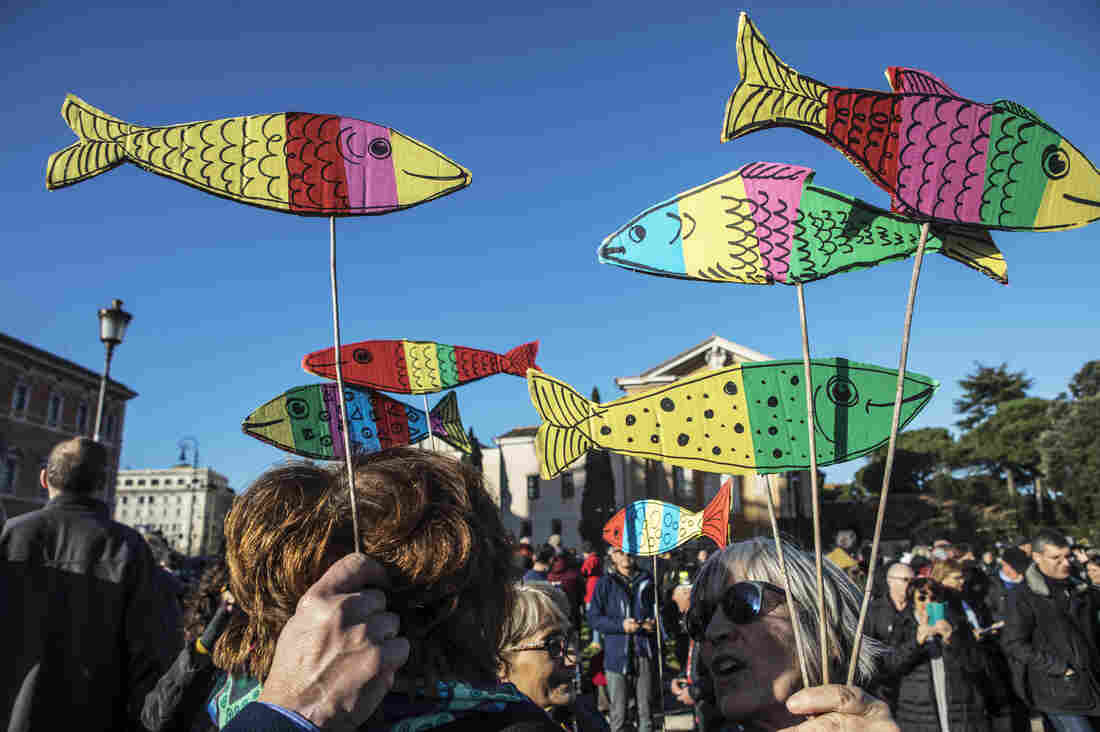 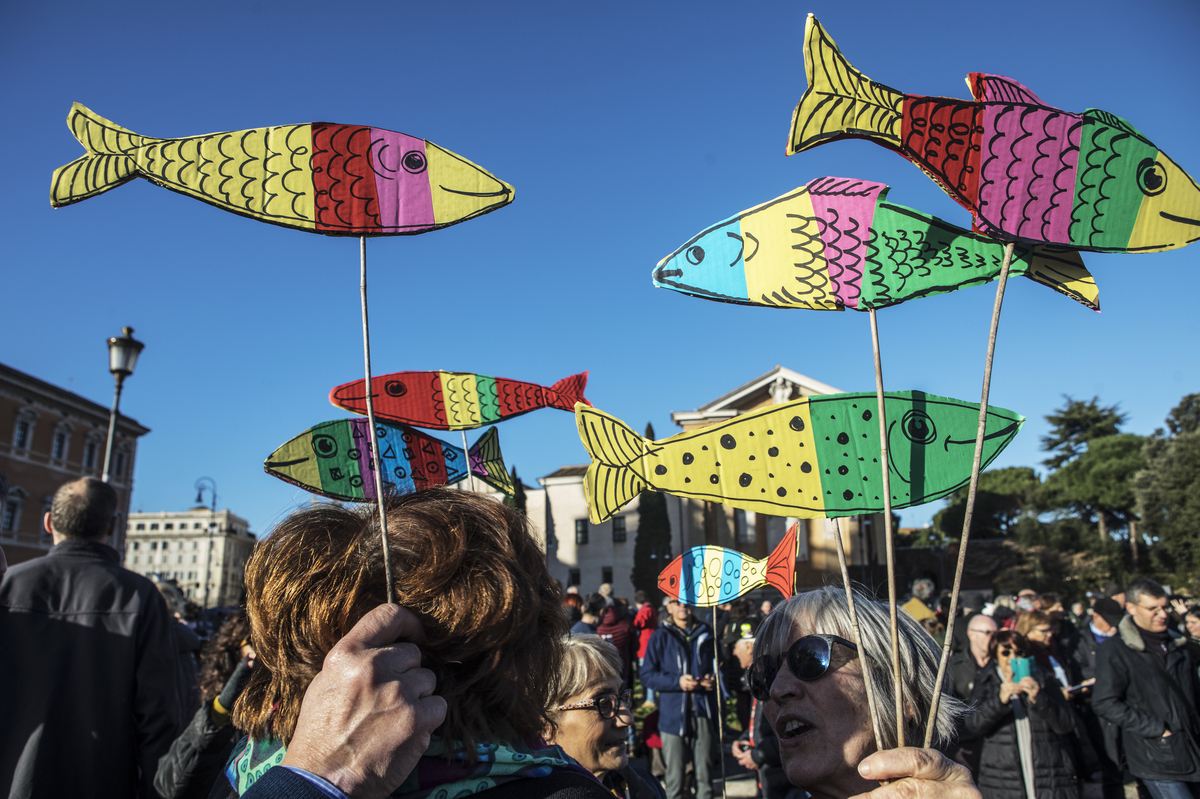 European Union officials will be closely monitoring results of local elections in Italy Sunday that are seen as a bellwether for the fate of the national government.

Polls suggest that the far-right populist League Party could win control of a region that has been a leftist bastion for 75 years.

The northern region of Emilia-Romagna is home to Parmesan cheese, Prosciutto and luxury car makers. It's a poster-child for good government and social services.

At 5%, unemployment here is half the national average.

And yet, polls suggest the incumbent Democratic Party Governor Stefano Bonaccini is running neck and neck with the little-known right-wing candidate Lucia Bergonzoni– for whom the League Party secretary, Matteo Salvini, has been campaigning nonstop. 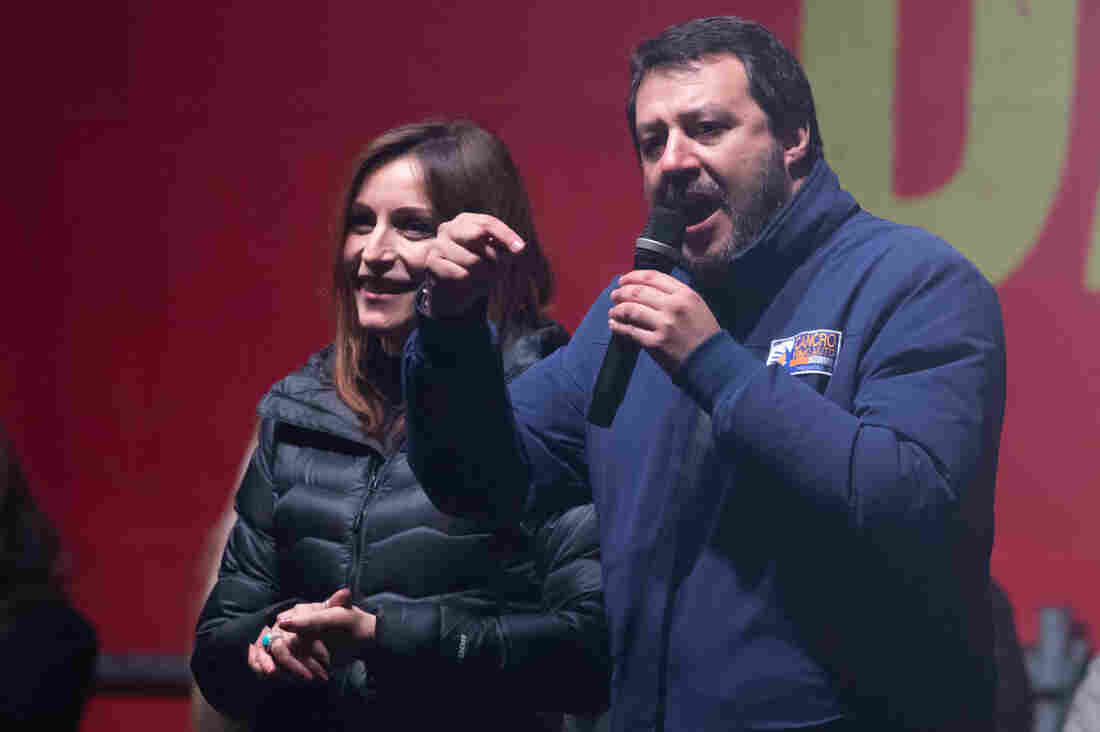 "I'm proud of him, he loves Italians. Those people in power today don't respect us, they hate Italians. They pass laws against Italians. But Matteo Salvini is fighting for us."

As he passes close to her, Simona Qualtieri can't hide her emotion. "Matteo is unique, he's everything for me," she says, "even bigger than a rock star!"

With the crowd cheering and shouting his name – "Matteo, Matteo!" – over and over, Salvini takes the stage.

Flanked by Bergonzoni, Salvini tells the crowd that their regional vote on Sunday will have repercussions on the national political stage. "Our beautiful victory here on Jan. 26 will be historic,"Salvini shouts, "it will totally change this country. With our victory, you will evict the government in Rome and send the Democratic Party packing!"

Last September, in a rare political miscalculation, Salvini walked out of the national governing coalition, hoping to trigger early elections. Instead, the Democratic Party took the League's place in the cabinet.

In Fight With His Coalition Government, Italy's Prime Minister Resigns

Long A Bastion Of The Left, Tuscany Is Turning Hard Right 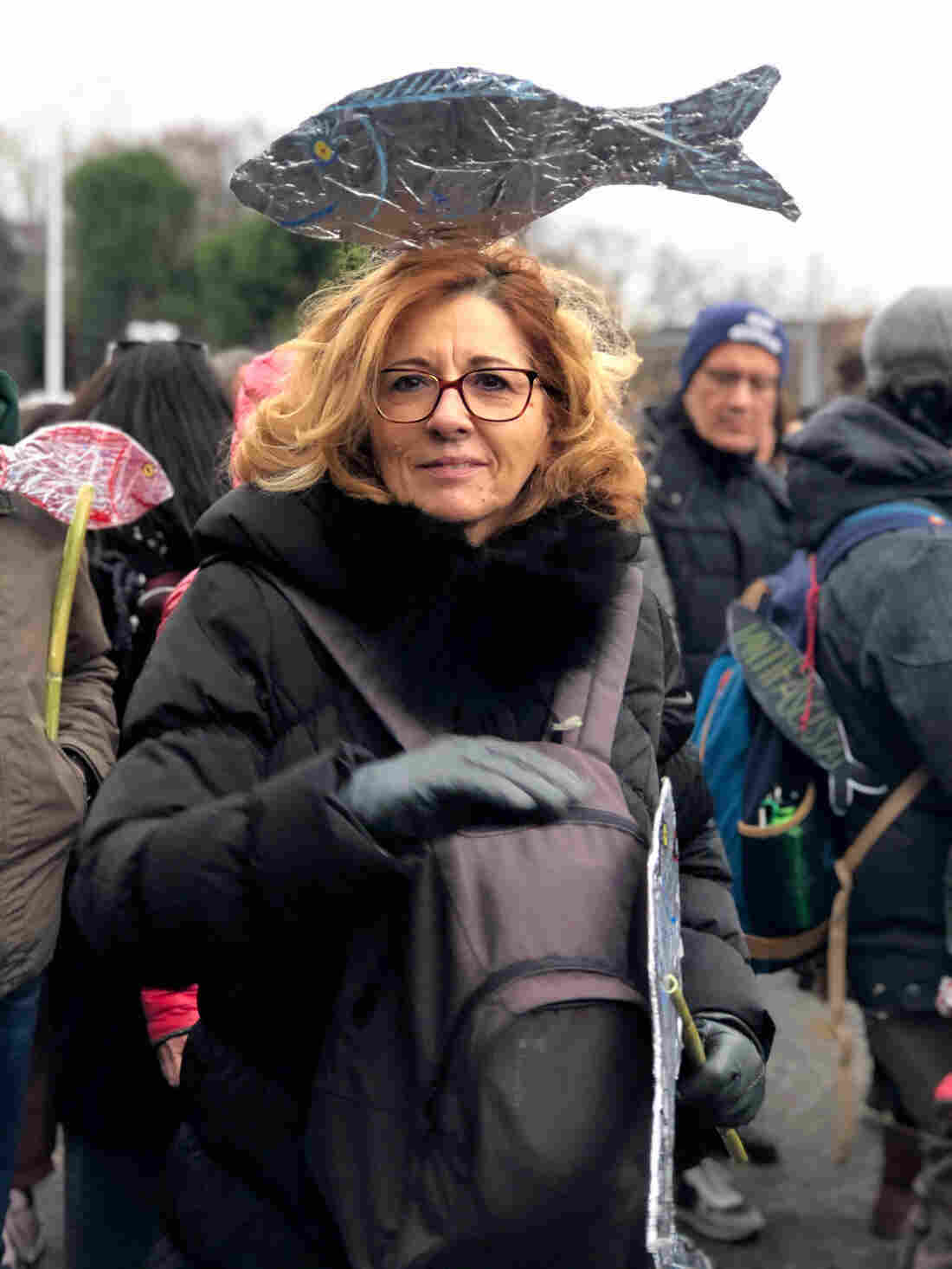 A participant at Sardines rally Bologna wearing a sardine on her head. Sylvia Poggioli/NPR hide caption

In a bid to return to national power, Salvini mobilized his social media accounts with nonstop promotions of Emilia-Romagna products — tortellini and local wine – all the while pushing his anti-immigrant and anti-European Union themes.

Filippo Taddei, professor of International Economics at Johns Hopkins University in Bologna, says Salvini's nationalist to Italians message is to count only on themselves.

"The obvious consequence of all that political discourse is that if I can trust only myself, then I should not be inclusive. I should close the country. I should protect my border, my society, the root of my country."

Salvini and his rightwing allies have been gaining ground across the country and they have won eight regional elections since mid-2018. He's betting another League victory would destabilize the Rome government.

That alarmed a group of 30-somethings who in November mobilized an anti-Salvini flash mob in Bologna.

This was the birth of the Sardines ⁠— a liberal grass-roots movement promoting diversity and civility.

Since then, tens of thousands of people have rallied against Salvini, packing squares across the country tightly – like a can of sardines. 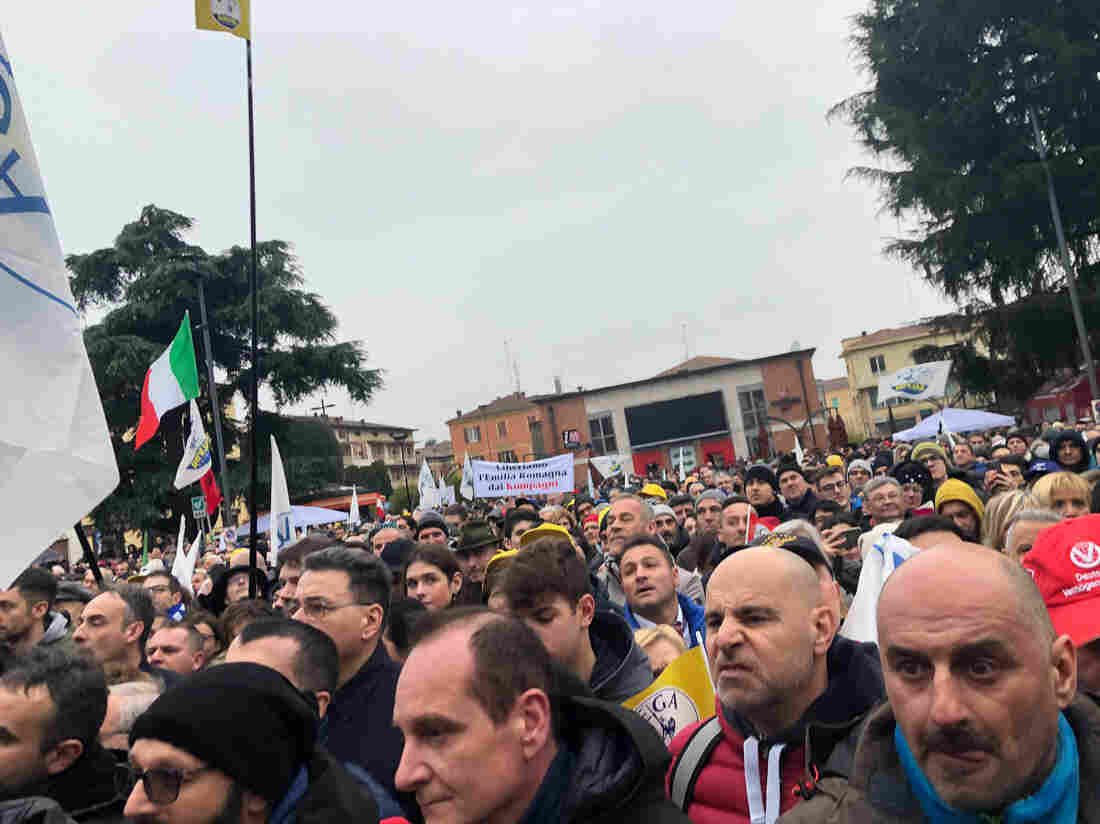 Last Sunday, some 40,000 people of all ages gathered in Bologna. The mood was festive and serene. Many wore a toy fish on their heads, while organizers welcomed the Sardines "into the open seas."

"They were able to take people out from their home," he said. "Before there was no participation for nothing."

Nadia Urbinati, who teaches political theory at New York's Columbia University, says the Sardines have given many individuals the sense that they do have power.

"Which power? The power to have a word, to be listened to, to be capable of expressing their vision. Against whom? Against leaders like Salvini who occupy the entire domain of opinion formation and the domain of media," Urbinati says.

Mattia Santori, one of the Sardines movement founders, contrasts the Sardines' strategy with that of the populist League.

"On the digital side, the populists are really strong. They have a great organization. They have good money. They know how to do this job. But we also know that we are really strong on the street, on the square. It's kind of a war between physical reality and digital reality.

A war in which these young activists are telling voters that on Sunday they can chose an alternative to populism.