Accessibility links
Dark Matter Detector Gets Life-Extending Fix During Space Walk Two astronauts aboard the International Space Station made their fourth foray outside the spacecraft to prolong the lifespan of a cosmic ray detector. 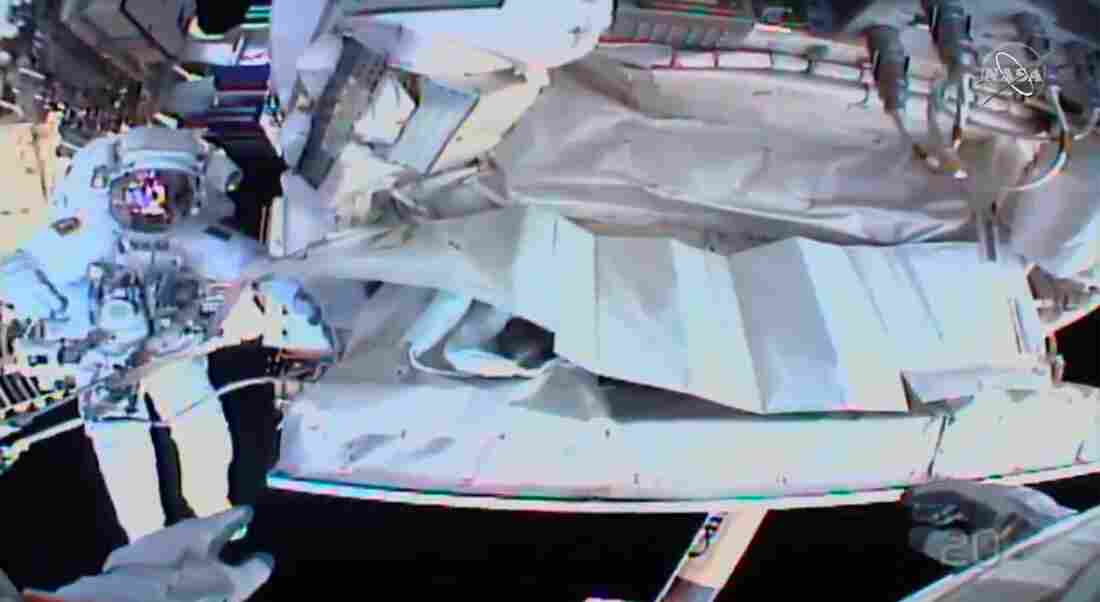 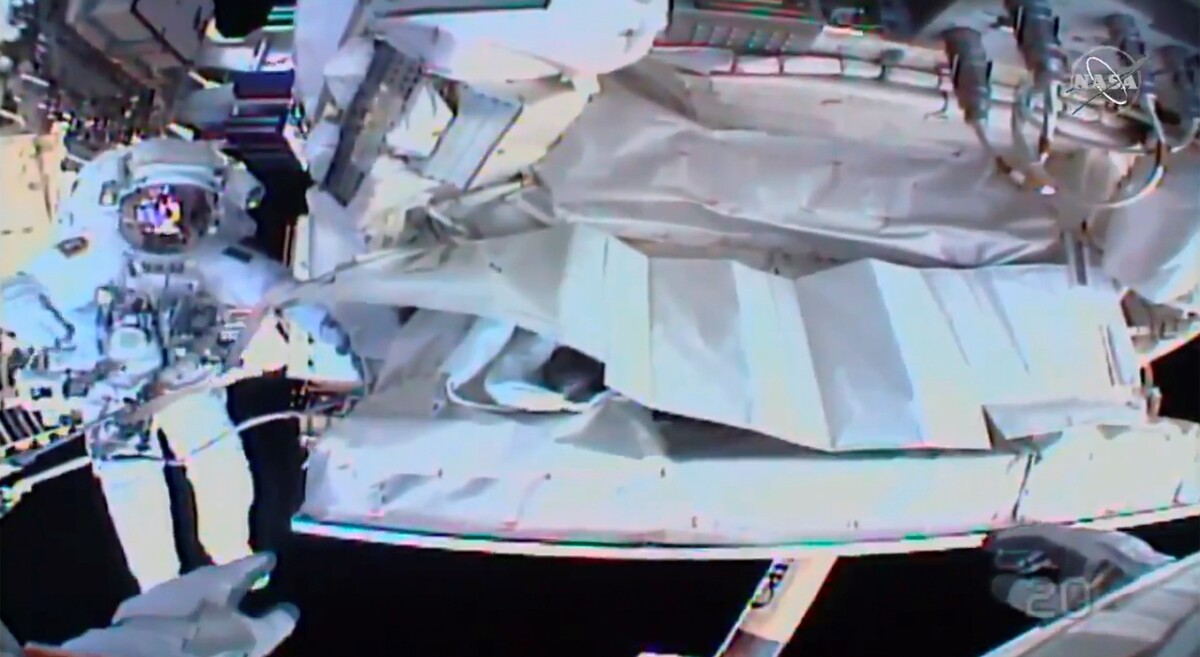 This photo provided by NASA shows the view from NASA's Andrew Morgan's helmet cam as Italian astronaut Luca Parmitano works outside the International Space Station during a spacewalk Saturday.

Two astronauts aboard the International Space Station conducted their fourth and final spacewalk Saturday to finish a series of repairs aimed at extending the functioning of a cosmic ray detector attached to the spacecraft.

NASA flight engineer Andrew Morgan and the commander of the space station's Expedition 61, Luca Parmitano of the European Space Agency, completed leak checks on their installation of a new cooling system meant to extend the lifespan of the externally attached Alpha Magnetic Spectrometer dark matter and antimatter detector.

The AMS, as the cosmic ray detector is known, was installed about nine years ago on the spacecraft and was designed to function for only three years. It was not meant to be serviced in flight.

But the scientific data collected by the AMS — to date, it has recorded more than 140 billion particles passing through its detectors, 9 million of which have been identified as the electrons or positrons that compose antimatter — have proven so valuable that NASA scientists now aim to keep it operating for the full 11 years of a complete solar cycle in order to better understand the possible impact of solar radiation variation on astronauts traveling to Mars.

Twenty new tools were developed specifically for installing the new cooling system, which involved clean cuts of eight stainless steel tubes attached to a defective cooling system and the welding of new tubes to them from the replacement system. "It sounds easy, especially if you're on the ground and have lots of different tools that you need, but it's not an area that was set up for spacewalking in any manner," NASA quotes AMS spacewalk repair project manager Tara Jochim as saying.

According to NASA, the goal of the cosmic ray particle collection is to help understand dark matter, which is thought to comprise 95% of mass-energy content of the universe, and to identify its sources and their role in the origin of the universe.

The International Space Station has been in flight for 20 years and the nine spacewalks performed by the Expedition 61 crew are the most ever done.

Astronauts Koch and Parmitano are scheduled to return to Earth Feb. 6 aboard a Soyuz MS-13 crew ship. By then, Koch will have spent 328 consecutive days in outer space, most for any American except the 340 consecutive days logged by U.S. astronaut Scott Kelly.