Accessibility links
Pompeo Says NPR's Kelly Lied To Him Twice But Doesn't Deny Lashing Out The secretary of state issued an angry salvo on Saturday against Mary Louise Kelly, co-host of All Things Considered. NPR stands by her reporting. 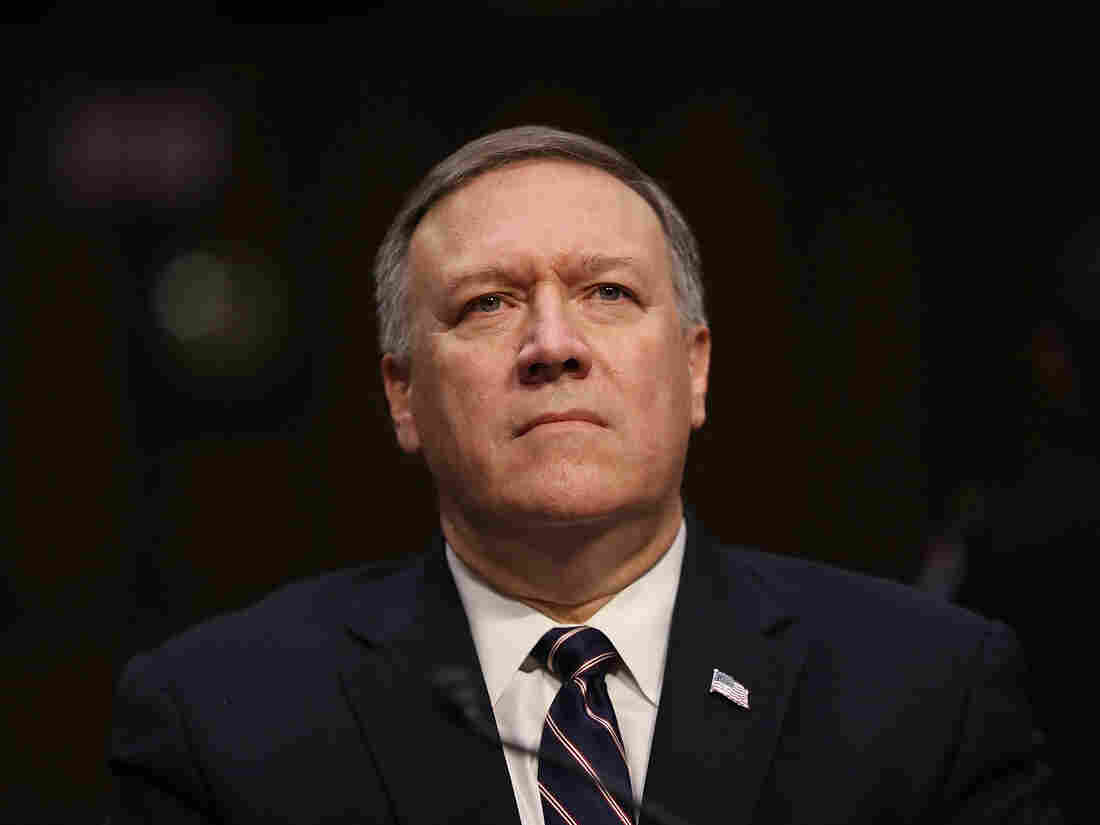 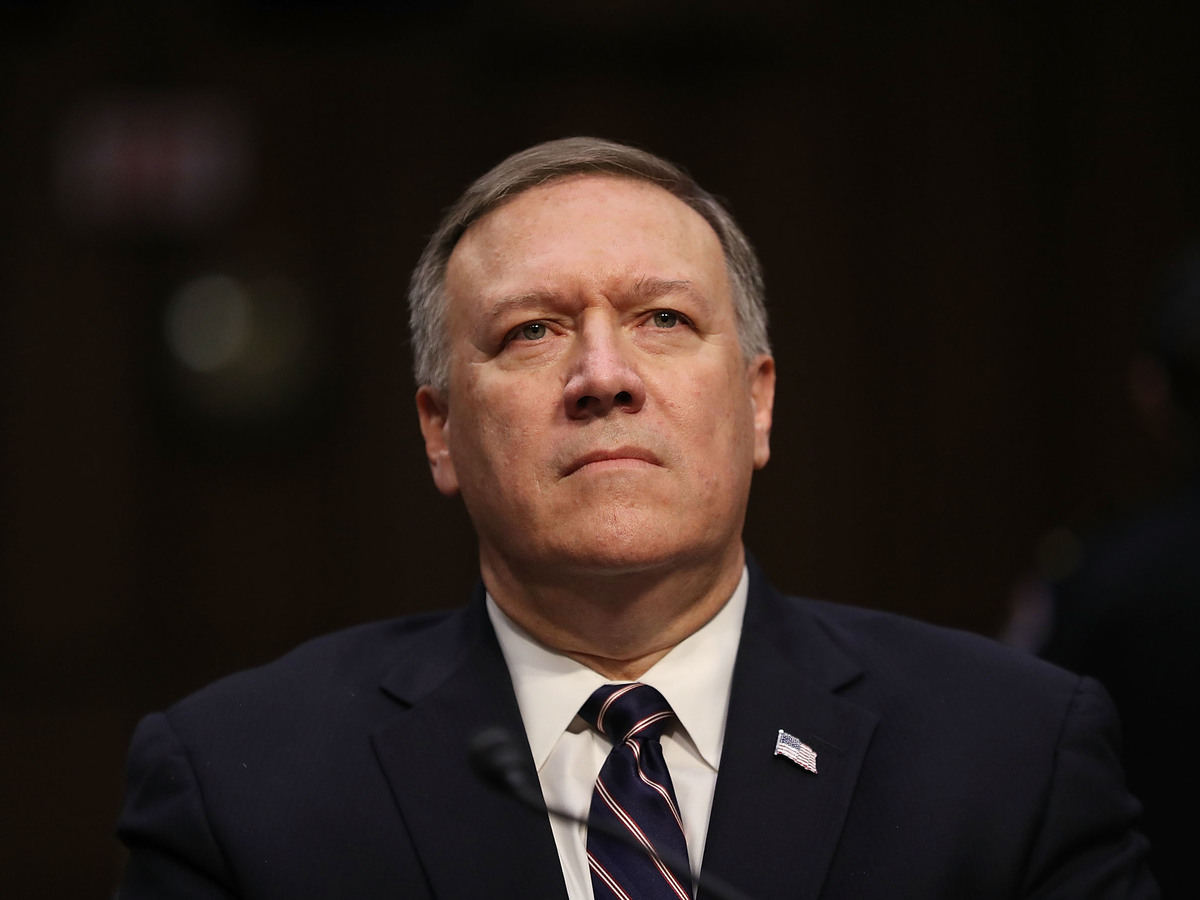 Mike Pompeo is accusing veteran NPR journalist Mary Louise Kelly of lying to him. NPR's senior leadership says it stands by Kelly's reporting on the secretary of state.

One day after a contentious interview that was followed by an expletive-filled verbal lashing of NPR host Mary Louise Kelly, Secretary of State Mike Pompeo is publicly accusing her of lying to him — "twice."

In a statement released by the State Department on Saturday, Pompeo says Kelly first lied "in setting up our interview."

He does not explain how and offers no evidence. In their recorded interview from Friday, the nation's top diplomat declined to respond when Kelly asked whether he owed an apology to Marie Yovanovitch, the former U.S. ambassador to Ukraine. She was ousted from that post last year after allies of President Trump accused her of disloyalty.

"I agreed to come on your show today," Pompeo replied, "to talk about Iran."

Kelly pushed back, telling Pompeo, "I confirmed with your staff last night that I would talk about Iran and Ukraine." She later said she specifically flagged her intention to do so in writing, noting, "I never agree to take any topics off the table."

Pompeo asserts Kelly again lied "in agreeing to have our post-interview conversation off the record."

That unrecorded conversation took place when the Pompeo aide who cut off the formal interview summoned Kelly to the secretary's private living room.

Kelly told her All Things Considered co-host Ari Shapiro on Friday that Pompeo, who had walked out of the interview only after "he leaned in, glared at me," was waiting for her in his private quarters.

"He shouted at me for about the same amount of time as the [9-minute] interview itself had lasted," Kelly told Shapiro. "He was not happy to have been questioned about Ukraine. He asked, 'Do you think Americans care about Ukraine?' He used the F-word in that sentence and many others."

Pompeo then had a pop quiz for Kelly, a veteran national security correspondent who has reported from China, Russia and, most recently, Iran.

"He asked if I could find Ukraine on a map; I said yes," she continued. "He called out for his aides to bring him a map of the world with no writing, no countries marked. I pointed to Ukraine. He put the map away. He said, 'People will hear about this.' "

Contrary to Pompeo's claim, Kelly said she did not agree that their conversation would be off the record. She said that while the staffer who led her to Pompeo's private quarters had stipulated that she not bring a recorder, "she did not say we were off the record, nor would I have agreed."

In his statement on Saturday, Pompeo further berates Kelly. "It is shameful that this reporter chose to violate the basic rules of journalism and decency," he writes. "This is another example of how unhinged the media has become in its quest to hurt President Trump and this Administration. It is no wonder that the American people distrust many in the media when they so consistently demonstrate their agenda and their absence of integrity."

He ends the statement with an assertion that appears to falsely imply Kelly was unable to locate Ukraine on a map.

"It is worth noting," he concludes with no further explanation, "that Bangladesh is NOT Ukraine."

"We write to express our profound disappointment and concern regarding your irresponsible statement this morning about NPR Reporter Mary Louise Kelly and the corrosive effects of your behavior on American values and standing in the world," the senators wrote in a letter to Pompeo. "At a time when journalists around the world are being jailed for their reporting — and as in the case of Jamal Khashoggi, killed — your insulting and contemptuous comments are beneath the office of the Secretary of State."

At a time when journalists around the world are being jailed for their reporting, Sec Pompeo’s insulting and contemptuous comments to NPR’s @NPRKelly are beneath the office of the Secretary of State.

"Mary Louise Kelly has always conducted herself with the utmost integrity," Barnes writes, "and we stand behind this report."

And in a Saturday interview with All Things Considered, NPR President and CEO John Lansing also came to Kelly's defense.

"Mary Louise Kelly is one of the most respected, truthful, factual, professional and ethical journalists in the United States, and that's known by the entire press corps," Lansing told host Michel Martin. "And I stand behind her and I stand behind the NPR newsroom, and the statement from the secretary of state is blatantly false."

Lansing allowed that tensions can and do arise when journalists ask officials hard questions.