Accessibility links
Recording Shows Trump Discussing Firing Yovanovitch In the 2018 recording, the president can be heard ordering the firing of his top envoy to Ukraine, Marie Yovanovitch. "Get rid of her," he says. 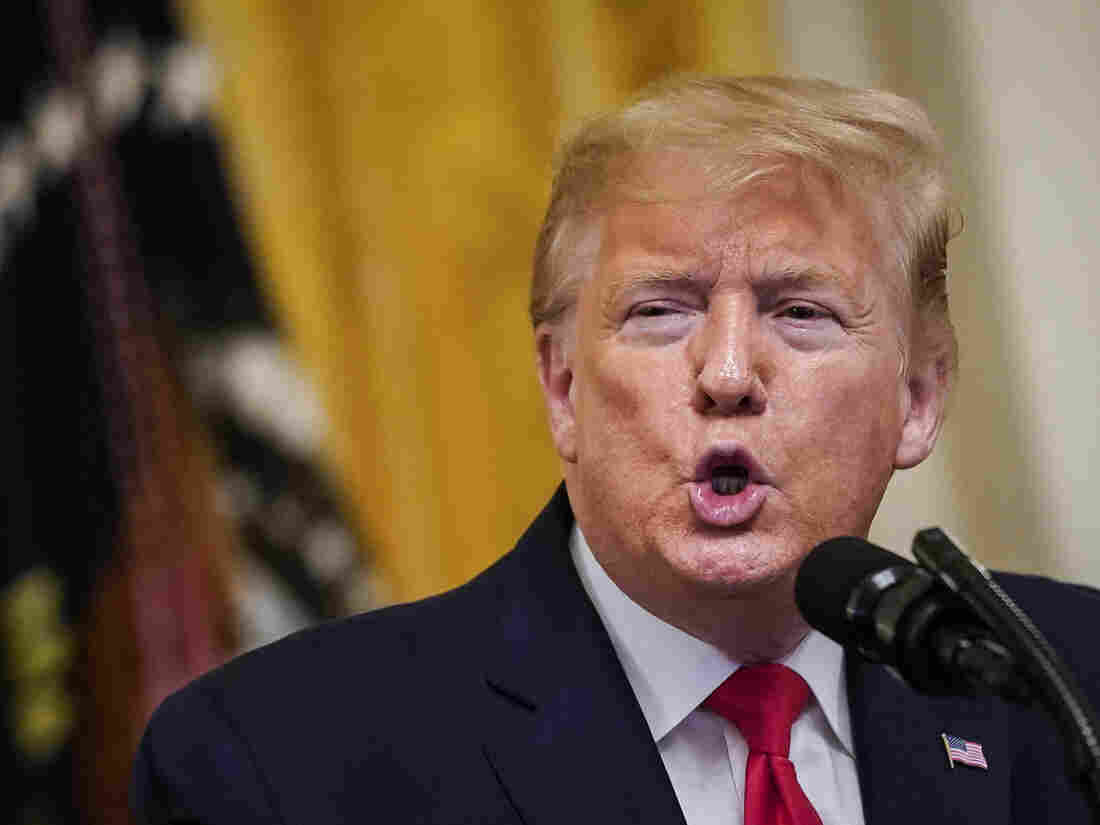 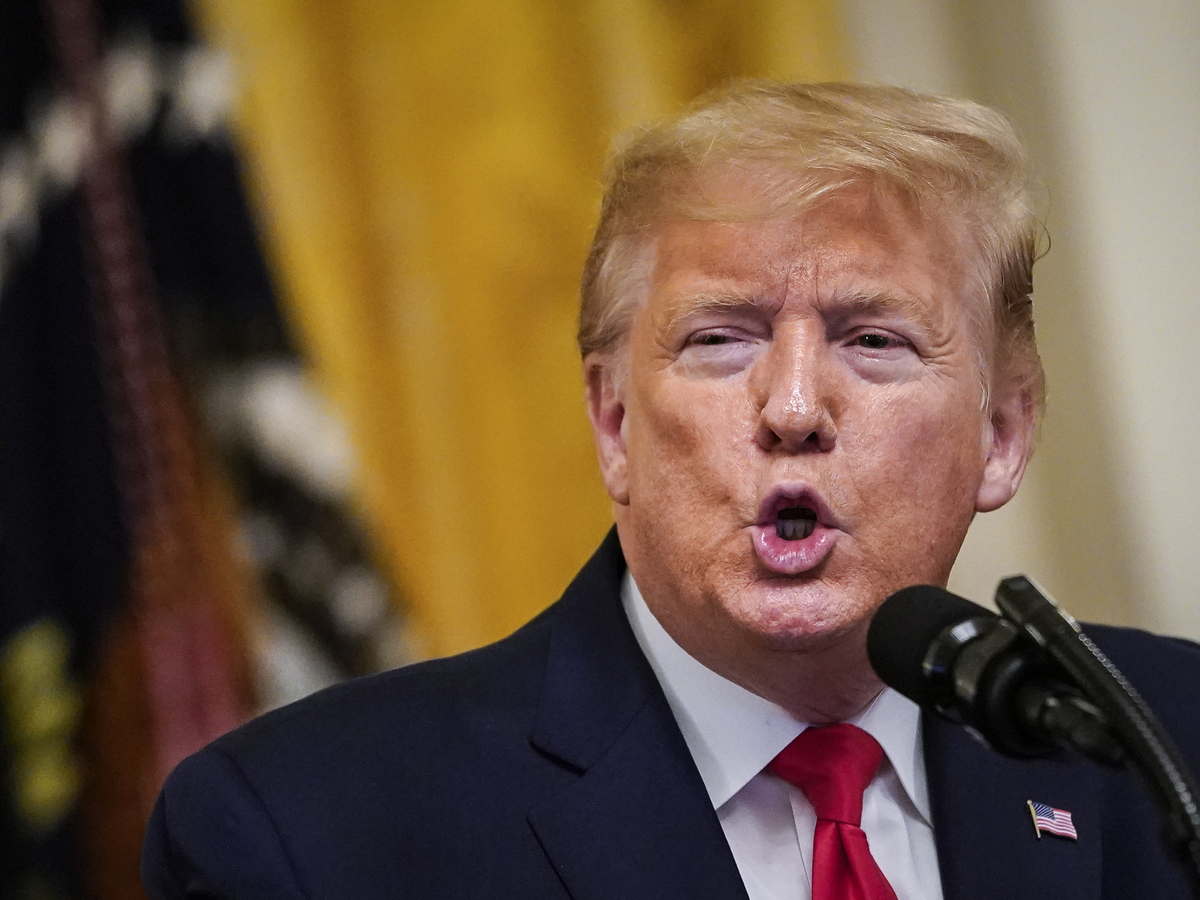 In a new recording made public on Saturday, President Trump can be heard speaking with two men he has claimed to not know and ordering the firing of the U.S. ambassador to Ukraine.

The hour-long recording from April 2018 captures a meeting between Trump and a group of donors that includes two associates of his personal attorney, Rudy Giuliani, who in recent weeks have emerged as central figures in the impeachment inquiry: Igor Fruman and Lev Parnas.

In the recording, Parnas can be heard telling Trump that the ambassador, Marie Yovanovitch, had been disparaging the president, and that he should "get rid" of her. "She's basically walking around telling everybody, 'Wait, he's going to get impeached, just wait,' " Parnas says in the recording.

In an interview with NPR on Saturday, Deputy White House Press Secretary Steven Groves said the president's comments were directed to then-aide John DeStefano, not to Parnas.

The recording was released by an attorney for Parnas, Joseph A. Bondy, and appears to support an account of the exchange that Parnas shared during an interview this month with the MSNBC host Rachel Maddow. "I told him she's badmouthing him and she's saying bad things about him," Parnas says in the interview. He goes on to concede that he did not actually believe that to be true.

Yovanovitch was not immediately removed from her posting in Kyiv, but in the months that followed she became a frequent target of criticism among allies of the president, who accused the career diplomat of disloyalty. She was ultimately recalled as ambassador last spring.

Her recall has become a key episode in the pressure campaign against Ukraine that Trump is now on trial for in the Senate following the House's vote to impeach him. On his now-infamous July 25 call with the president of Ukraine, Volodymyr Zelenskiy, Trump said of Yovanovitch, "She's going to go through some things."

During her testimony before House impeachment investigators, Yovanovitch denied ever speaking disparagingly of the president, but did tell lawmakers she felt threatened by Trump. Yovanovitch said she was told by the State Department that she was being recalled because of concerns about her "security."

The recording, which was first reported by ABC News on Friday, contradicts repeated claims by the president that he does not know Parnas, even though they have been photographed together on multiple occasions.

In October, Parnas and Fruman were arrested and charged with making illegal campaign contributions – charges for which they have pleaded not guilty.

In the three months since, Parnas has begun cooperating with congressional investigators as they work to unspool his role in the Ukraine affair. Parnas worked closely with Giuliani in a smear campaign against Yovanovitch and in efforts by Giuliani to pressure the Ukrainian government to investigate former Vice President Joe Biden.

Earlier this month, materials released by the House show Ukraine's former top prosecutor offering Parnas damaging information about Biden in exchange for help getting rid of Yovanovitch. In her time as ambassador, Yovanovitch developed a reputation for fighting corruption in Ukraine.

"I have a right to hire and fire ambassadors, and that's a very important thing," Trump said.

The recording released Saturday was filmed at the Trump International Hotel in Washington on a phone belonging to Fruman. Bondy, the attorney for Parnas, said it was being released in "an effort to provide clarity to the American people and the Senate as to the need to conduct a fair trial, with witnesses and evidence."