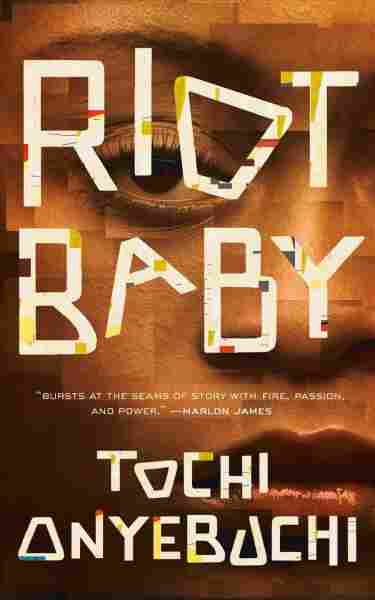 The "riot baby" in Tochi Onyebuchi's slim, devastating new novel is Kev, born amidst the chaos of the 1992 Rodney King riots in Los Angeles. Kev is the sort of character who's often reduced to a statistic, in books or outside them: He's young, he's black, he's in prison — while out in the world, his sister Ella is the one who wields mysterious, terrifying magical powers.

But Onyebuchi puts Kev at the center of the story, as a kind of conduit between the horrors of the past and a believably dystopian future. His life is hemmed in by structural and individual racism at every turn; Onyebuchi describes his encounters with predatory police officers with a chilling matter-of-factness.

Over the course of the book, we follow Kev from childhood to prison to release into a near-future version of Los Angeles' Watts neighborhood that's become a sterile corporate holding pen for parolees, where a tiny chip implanted in his thumb controls his entire life. (For a while. Kev's future — and Ella's — well, that's another thing, and I won't spoil it for you.)

Recently, I had an email conversation with Onyebuchi about the book and what inspired it.

Reading Kev's story, you get a sense that his experiences are part of a continuum of hatred and injustice, reaching backwards and forwards in time.

That sense of continuum was absolutely intentional. After Michael Brown's shooting death at the hands of Darren Wilson, and after Eric Garner's murder at the hands of Officer Daniel Pantaleo, there was much talk, not only among the white commentariat, but also among whites that I knew in my own life that this problem was unique to the moment we lived in, this post-Trayvon epoch, as though Trayvon Martin's death at the hands of George Zimmerman and Zimmerman's subsequent acquittal served as this demarcation. You saw it too with the murder of Tamir Rice and Oscar Grant before him. This was supposedly some new problem or the newest iteration of a recent problem. 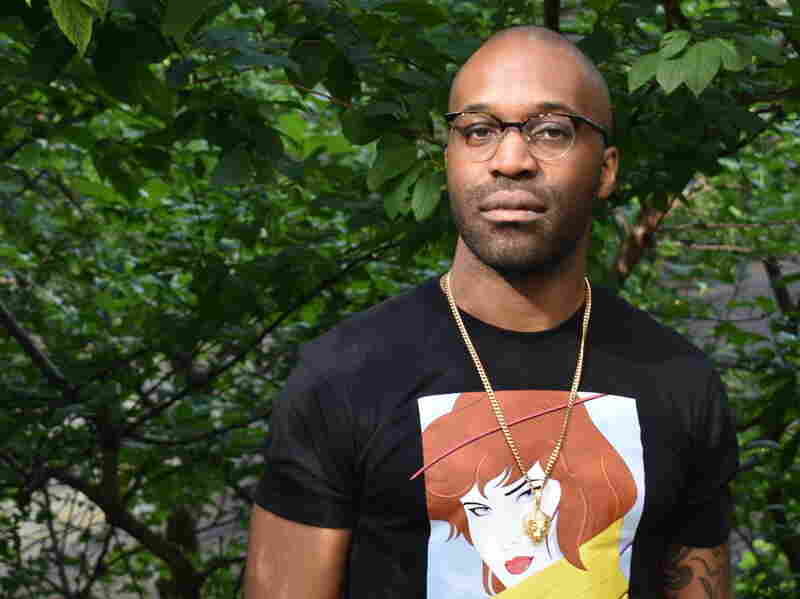 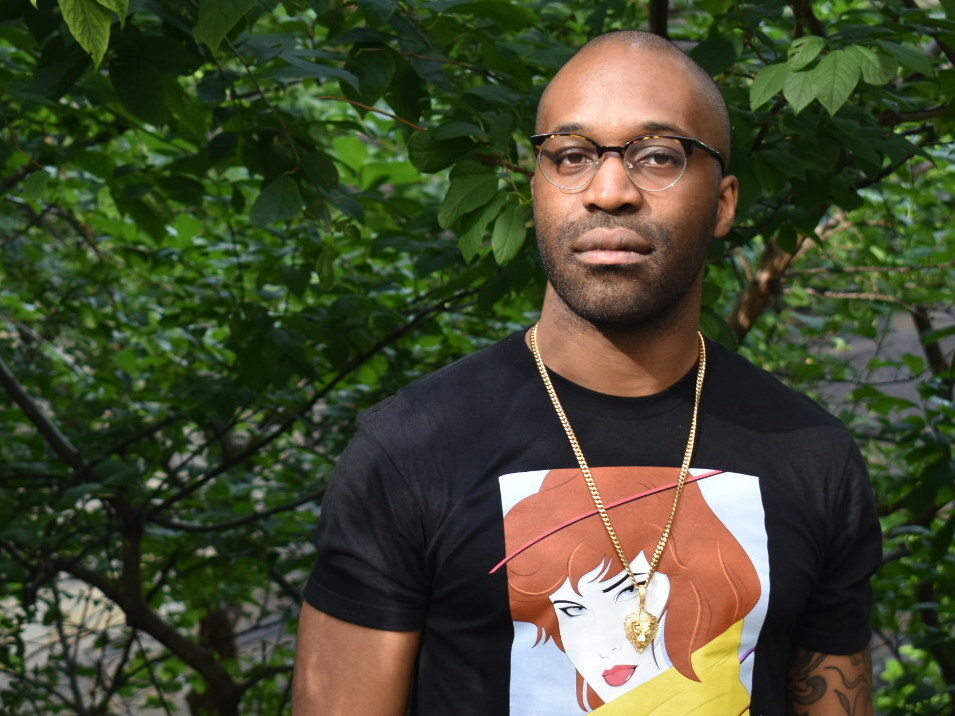 But even the briefest of conversations among black Americans revealed a world-weariness. This wasn't new. I distinctly remember being in college and hearing about the shooting death of Sean Bell back in 2006. Plainclothes NYPD fired 50 shots into the guy's car, and the scene and references to it were on almost every rap mixtape I listened to at the time. ... The idea of police forces as little more than white militia employed to ensure a certain social stratification highlighted just how temporally ever-present police brutality is in American history. And I wanted to capture the intergenerationality of the national paroxysms, embodied in the riots and protests that followed so many of these killings.

Ella, who lived through the 1992 Los Angeles uprising, at one point confronts a pastor who lived through the 1967 Detroit Rebellion, and he tries to nudge her in the direction of docility and forgiveness, but Ella sees how much the conflagration in Detroit mirrors 1992 LA mirrors Baltimore in 2015 after Freddie Gray. In 2014 and 2015, many of the (well-meaning) white folk in my life talked about a broken system, but what Ella sees is a system working just as designed. And it was the sense of futility that she feels that pushed me to write this story.

Just as white society has proven itself incapable of understanding its past torment of black Americans, it remains blind to how its own walking into the future will trample the rest of us.

It was important to me to show that, if so much of what has come before resembles what is going on now, then so would so much of what is to come. There's increasing awareness of racial and gender bias in algorithms. Women were given lower credit scores with the Apple card because of an opaque algorithm determining credit worthiness. Courts across the country are using algorithms to spit out "risk assessment" scores to make decisions about bail and parole, machines essentially dictating the terms of a person's freedom and whether or not they're to be granted it to begin with. ... "The past is never dead, it isn't even past," Faulkner wrote in Requiem for a Nun. Just as white society has proven itself incapable of understanding its past torment of black Americans, it remains blind to how its own walking into the future will trample the rest of us.

Tell me about Ella. I feel like in another book she'd be more the center of the story, more the Chosen One type, but you've done something different.

I have to say, when I saw the finale of Watchmen, I felt very vindicated! There are a few reasons why I positioned Ella the way I did in the story, one craft-related and the other more caught up in the substance of issues I wanted to explore.

In anime, whenever you have an overpowered character, the narrative designer must confront the challenge of how to make that character compelling ... I wanted Ella, my overpowered character, so to speak, to be one of the story's protagonistic foci, and the question arose: How to make God compelling. How do you make her interesting? Well, you give her something she wants to do but can't. As powerful as she is, she can't protect her little brother, Kev. That gave me the root of the drama, the story's conflict. It was Ella turning against the way the world spun. That friction was the story, or, at least, its engine.

The second reason why Ella is positioned the way she is is that I knew incarceration would take up a significant portion of the story's real estate. My time in Ramallah working with Palestinian Arab detainees, my tenure as part of a client's habeas corpus team with Columbia Law School's Mass Incarceration Clinic, my work with the New York Attorney General's Office's Civil Rights Bureau, and my time with the Legal Aid Society's Parole Revocation Defense Unit had inundated me with displays of the human drama that occurs behind bars.

... the incarcerated are most qualified to speak about their own experiences, but I wanted to tell people some of what I saw and heard and read about in these places.

I was wary of engaging in any sort of savior complex; the incarcerated are most qualified to speak about their own experiences, but I wanted to tell people some of what I saw and heard and read about in these places. I had to get it out of me. And, given my time in law school and as a legal professional who has dealt in these systems, I felt I had the kind of background that was needed to do this telling. This wasn't a faceless black mass I was trying to humanize, these were specific stories I needed to get out of me and felt were especially compelling. And I didn't want the reader to experience these things from any sort of remove. I wanted them to cognitively live in Rikers with Kev and not have the option of escape that Ella would have, given her powers.

There's a lot of Biblical reference in the book, and I think it's interesting to look at Ella through the lens of a Chosen One or Anointed One. Ella comes to believe that she was prayed for, that she is the answer to a beseeching, that she is the vehicle for her people's deliverance. Which begs the question, whose Chosen One is she?

I love the way you've structured the story — it's already sort of fragmented, so as I read, it took me a beat or two to notice that things were even weirder than I thought they were. Why did you choose to do it that way?

As I was writing, I hadn't actually realized how much ground the book covers, years-wise. I was essentially just following the emotional beats and had a moment similar to Kev's when he realizes just how long he's been in Rikers. As I was writing into the latter part of the book, my thought was less "what would the near-future look like" and more "what would my near-future look like?" For some reason, that made it easier for me to extrapolate a lot of the trends I'd seen and ones I'd mentioned earlier into the future: The privatization of the carceral state, the application of military tech on the domestic population, algorithmic policing.

One of the most terrifying shows I've watched in recent years was the HBO/BBC joint production, Years and Years, which follows the British Lyons family, episode after episode, into the near future. It starts in 2019 and ends 15 years later and, in the meantime, unveiled, in chilling and clarifying fashion, Trump nuking a Chinese territory, Brexit's impact on the refugee crisis, physical Snapchat filters, another bank run preceding economic collapse, and climate change's effects on domestic crop production ... the show gave the impression that it wasn't happening in the After, it was happening in the Now. I wanted Riot Baby to have that quality, that now-ness. Many have called the latter part of this book dystopian, which I've found fascinating because while dystopia is imagined future for some, it is lived reality for others.

It's such a small book, but when I pick it up, the history weighs a ton — was that what you intended?

Absolutely. I'm enamored of the novella format for precisely what it's able to do in this respect. It's literature's miniseries. Prime examples are John Crowley's "Great Work of Time" and Ted Chiang's "The Lifecycle of Software Objects". Another story that Riot Baby shares DNA with is Ken Liu's "The Man Who Ended History: A Documentary" and all of the aforementioned works cover large spans of time — at least a few decades — and do so with an expansiveness you're not really permitted with a 17,499-word word count limit. Yet these are all stories you can consume over the course of a weekend, which is nice because I'm not a particularly fast reader. It's impossible to capture the totality of white terror historically enacted on black Americans, further imagining it into the future — in part because each disaggregated experience of living within the strictures of a white supremacist society is specific to the person — but I did want to engender that sense of expansiveness, of repetition, that the reader can witness so that when they see Ella, burdened with hopelessness, make the decisions she makes, they will understand her.

What do you want readers to feel when they put the book down?