Accessibility links
Interview: Selena Gomez On 'Rare,' Mental Health, Instagram and Justin Bieber In the space between 2015's Revival and her latest release, Gomez has battled Lupus, depression and anxiety, and had two high profile breakups — all while millions followed along on social media.

Rare, Selena Gomez's first new album in over four years, is out now. "When you take that long of a break, it is pretty nerve-wracking," she says. Rich Fury/Getty Images hide caption 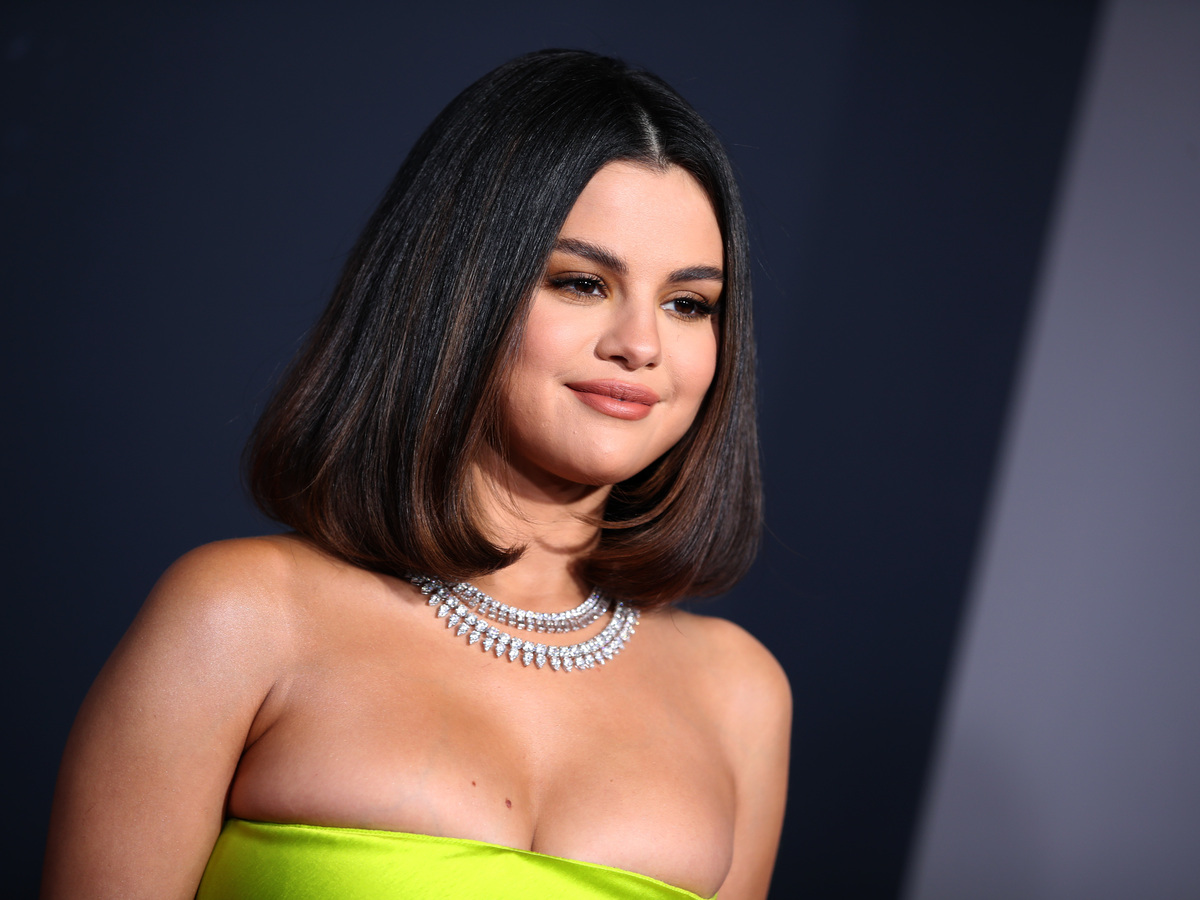 Rare, Selena Gomez's first new album in over four years, is out now. "When you take that long of a break, it is pretty nerve-wracking," she says.

Over four years is a long time to go between albums in pop music, and it has been an especially eventful period for Selena Gomez. In the space between 2015's Revival and her latest release, Rare, Gomez has battled Lupus, depression and anxiety, and had two high profile breakups — all while millions followed along on social media.

All of those public struggles form the backbone for the songs on Rare, which debuted at No. 1 on the Billboard 200 albums chart last week. Gomez spoke with NPR's Lulu Garcia-Navarro about learning to take care of her mental health, trying to take control of her public narrative and seeking closure through songwriting. Listen in the player above or read on for a transcript of their conversation.

Lulu Garcia-Navarro: You got the title of this album, Rare, tattooed on your neck. How come?

Selena Gomez: The word has meant so much more to me than just a title of a song. We live in a time where everything is based on your looks and social media and there are so many different channels telling people what they should look like, and how they should do this, do that. And I want to represent a person that is just saying "You are who are; you're unique and you're rare."

A lot has happened to you since your last album, Revival, came out in 2015, and a lot of it in the public eye.

It must have been difficult: two public breakups, struggles with Lupus, a kidney transplant. You've been public about a lot of this, too.

I felt I didn't get a respectful closure.

The reason why I've become so vocal about the trials and tribulations of my life is because people were already going to narrate that for me. I wasn't going to have a choice because of how fast everything moves now. And most of the time, yes, it's not true, or it's an embellished version of what the truth is. I want to be able to tell my story the way that I want to tell it. And all of these things happened, and I wasn't going to deny that, I wasn't going to pretend to put a smile on when it actually was awful — a few of the worst moments of my life. And I don't know if I would have made it. And that's medical reasons, obviously, and emotional reasons. I just had to find a way to claim my story.

You've said this album is your diary from the past few years, and it does sound like it's a diary that was full of a lot of hurt. I want to talk about one of the songs, "Fun" — there are a couple on this album that reference your struggles with mental health. You've spoken about suffering from anxiety and depression, and you took a break in 2018 for your mental health. It sounds like you're doing a lot better now. How'd you get there?

I feel great, yeah. I'm on the proper medication that I need to be on, even as far as my mental health. I fully believe in just making sure you check in with your doctors or therapist. [Taking care of mental health — ] that's forever. That's something I will have to continue to work on. Yes, I don't think I just magically feel better. I have days where it is hard for me to get out of bed, or I have major anxiety attacks. All of that still happens. I think "Fun," in that particular way, was that I do like learning about it. When I was a kid, I was terrified of thunderstorms; it would freak me out. I was in Texas, so I would assumethat thunder and lightning would mean "tornado." And so my mom, she would give me these books — and they're the little thin books for kids to know about "What's rain?" and "What's this?" and she just said "The more you learn about it and how it works, the less you're going to be afraid of it." I think that took so much work for me.

As I grew up in this chaotic space, I did have to learn how to be tough, and to be strong, but I'm not this hard person.

But the way I find these moments in my life that are pretty difficult, I think the only way it's helped me is that I can use that for good. So yeah, I can sit down with somebody who's gone through a lot of health issues, I can sit down with someone who has had their heart completely broken, or a family that's broken, fighting for their right to stay in this country, or kids who are going through things they shouldn't even be worrying about at that age. I want to live in a world where an 11-year-old is not committing suicide because of bullying on social media. That's what I think my real mission is; I think that I have such big dreams and ideas for ways that I can give back. And right now I know that this is something that will be for life.

"Lose You To Love Me" is your first No. 1 song off this album — tell me about this song.

I'm very proud of it. It has a different meaning to me now from when I wrote it. I felt I didn't get a respectful closure, and I had accepted that, but I know I needed some way to just say a few things that I wish I had said. It's not a hateful song; it's a song that is saying — I had something beautiful and I would never deny that it wasn't that. It was very difficult and I'm happy it's over. And I felt like this was a great way to just say, you know, it's done, and I understand that, and I respect that, and now here I am stepping into a whole other chapter.

Saying goodbye to Justin Bieber, who I'm assuming you're speaking about.

You had to get the name in, I get it.

Do you look back on that time, and when you think about the parts of your life that were painful, that you've kind of moved on from, is that one of the harder parts?

No, because I've found the strength in it. It's dangerous to stay in a victim mentality. And I'm not being disrespectful, I do feel I was a victim to certain abuse —

Yes, and I think that it's something that — I had to find a way to understand it as an adult. And I had to understand the choices I was making. As much as I definitely don't want to spend the rest of my life talking about this, I am really proud that I can say I feel the strongest I've ever felt and I've found a way to just walk through it with as much grace as possible. [Editor's note: NPR has reached out to Justin Bieber for comment.]

I want to go out on the song "Vulnerable," because to me the idea of staying vulnerable represents the ability to move forward. What does that song mean to you?

That means to me that vulnerability — and I've said this before — is a strength. And as I grew up in this chaotic space, I did have to learn how to be tough, and to be strong, but I'm not this hard person. And I have every right to be: From 7-years-old to 27, I've been working, and I've had the most horrible things said to me, said about me, and being exposed to way too much. One of my issues is that I always felt like I was this weak person because I would cry, or I would get emotional, or I hated when people were rude. I just started getting to the place, definitely a few years ago, where I understood that vulnerability is actually such a strength. I shine the most within when I'm sharing my story with someone, or when I'm there for a friend, or when I do meet someone, I'm not bitter and sarcastic — I mean sometimes I am, but I'm proud that I'm okay with speaking about my heart. And the whole song is saying "Hey if I give this to you, If I give myself to you, are you strong enough to be there for me?" If not, I'll let go of the situation but I'm still going to be vulnerable to what's next.

NPR's Samantha Balaban and Barrie Hardymon produced and edited the audio of this interview. Cyrena Touros and web intern Jon Lewis adapted it for the Web.