Accessibility links
Tracing 500 Years Of Pregnancy Portraits, From The Tudors To Today A new exhibition in London explores the way pregnancy was depicted — and not depicted — in British artworks. Curator Karen Hearn says these portraits reveal evolving attitudes about pregnant women. 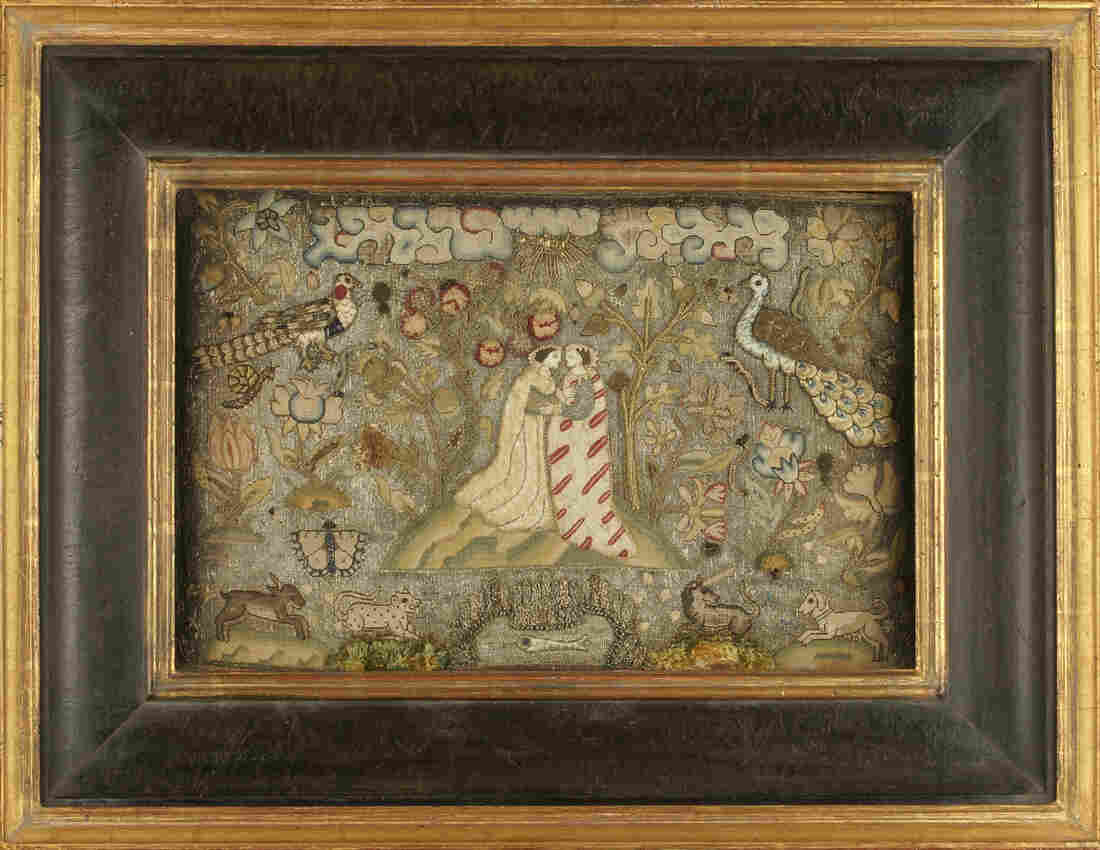 A new exhibition at the Foundling Museum in London traces 500 years pregnancy portraiture, including this textile panel, circa 1600. Pregnancy "is something that is experienced by 50 percent of society — and the other 50 percent had a little something to do with it," says curator Karen Hearn. "So it's of enormous importance." Ashmolean Museum, University of Oxford hide caption

A new exhibition at the Foundling Museum in London looks closely at 500 years of portraiture to explore how pregnancy was depicted — and not depicted — from the Tudors to today. 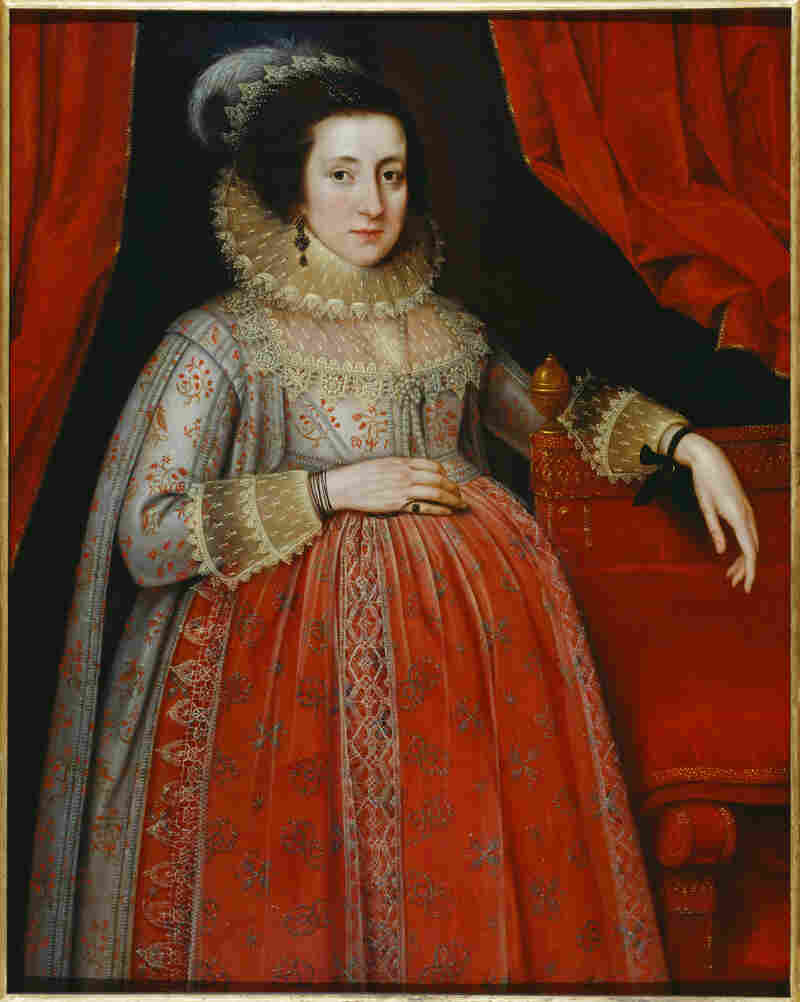 Portrait of a Woman in Red, 1620, by Marcus Gheeraerts II Tate hide caption 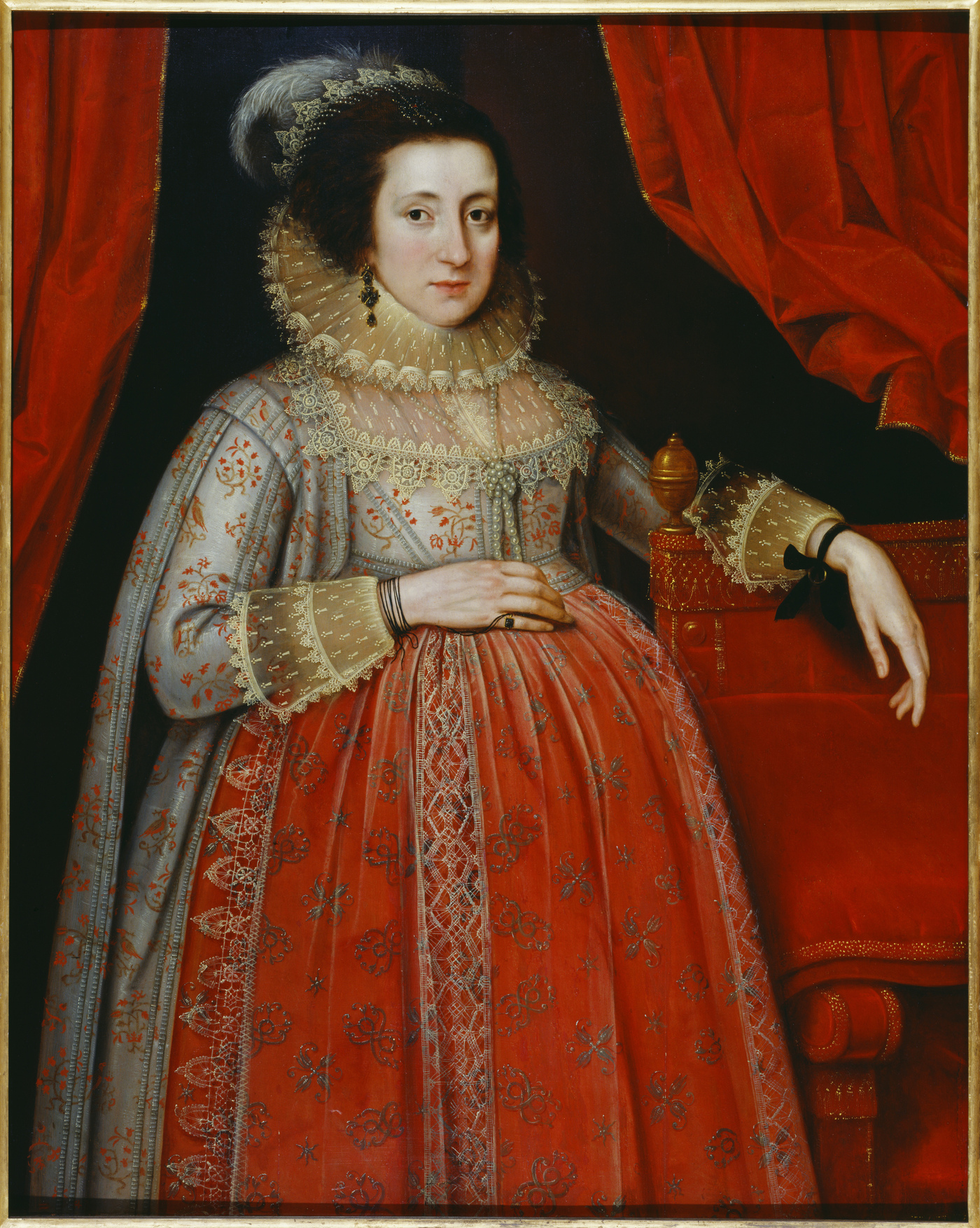 Portrait of a Woman in Red, 1620, by Marcus Gheeraerts II

Curator Karen Hearn has been thinking about this subject "on and off" for more than 20 years. The exhibition focuses mostly on British artwork, and begins in the 17th century. There were a couple forces driving visibly-pregnant portraits in the 1600s, Hearn explains: "Britain, of course, becomes permanently Protestant after 1558 when Elizabeth I comes to the throne," she says. "Catholicism privileges virginity. But Martin Luther writes that the state of a pregnant woman is holy and is preferable to virginity. ... The more children a woman had, the more she was blessed by God."

It was also a time when there was more public focus on women dying in childbirth. "A woman who was visibly pregnant might shortly be dead," Hearn says. In 1622, a woman named Elizabeth Joscelin wrote a letter to her unborn child, just in case she didn't survive the delivery. Joscelin died — most likely of an infection — and a friend of the family found the letter, published it, and it became a bestseller. The letter, on view in the exhibition, "raises the hairs on the back of your neck," Hearn says.

As the 17th century goes on, Hearn found fewer pregnancy portraits. "We have portraits of women who perhaps are making symbolic gestures that perhaps, [or] perhaps not, indicate pregnancy — a hand on the stomach," Hearn explains. "By the time we get to the 18th century, pregnancy isn't being depicted."

Even hinting that a woman was sexually active was taboo. In 1772, Theresa Parker's husband wanted a portrait made of his wife — in a hurry. (It was an "interior decoration matter," Hearn explains.) Parker was pregnant, but she sat for the portrait anyway. 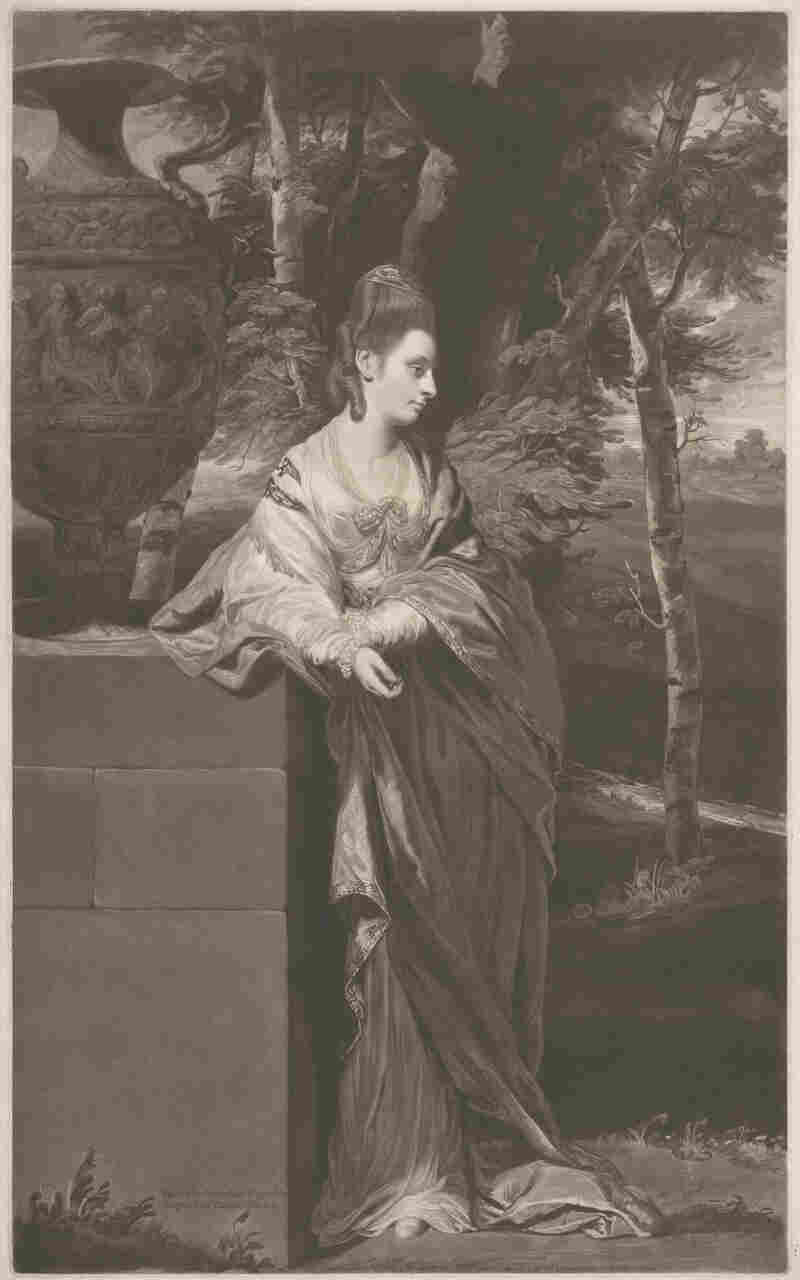 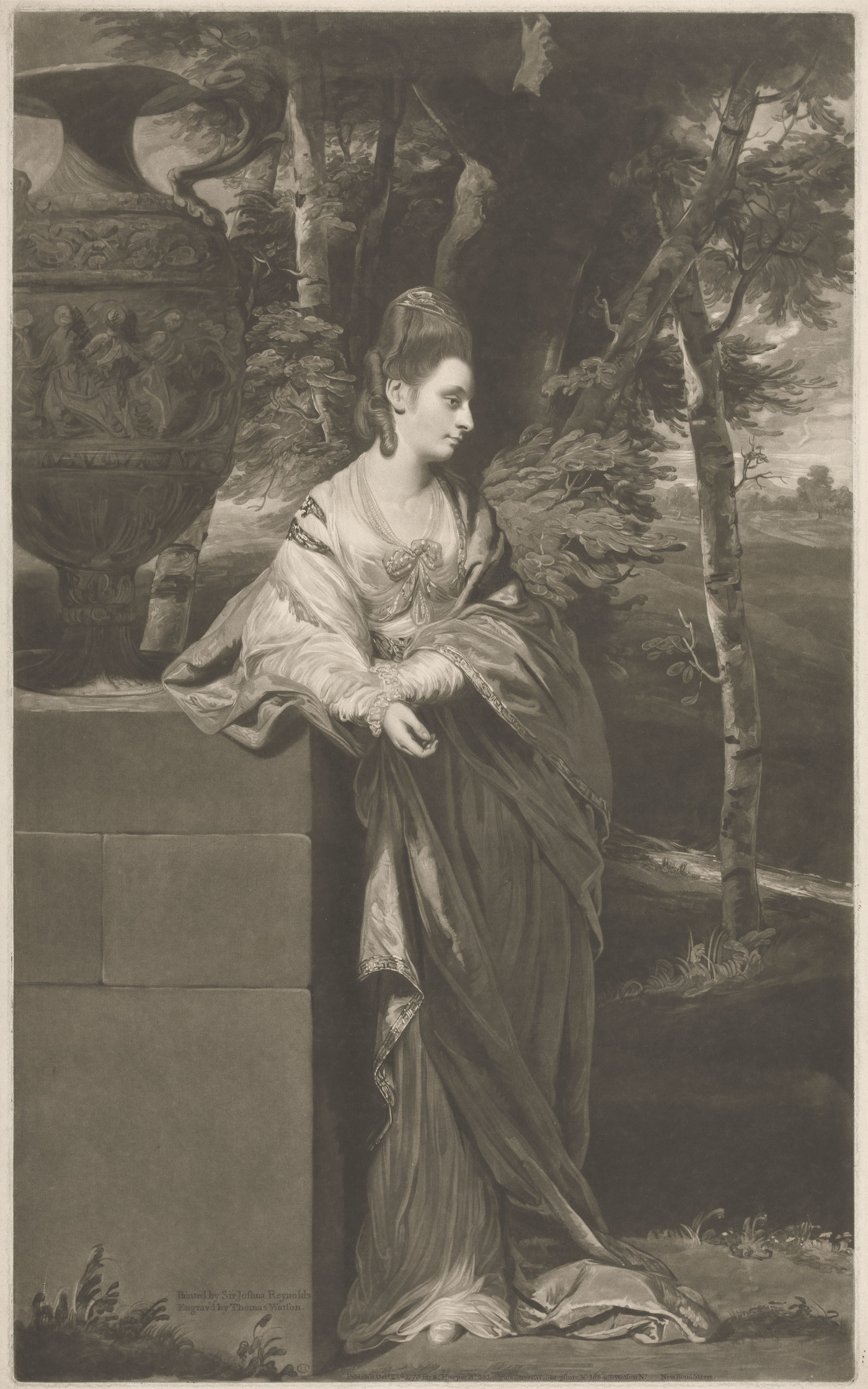 Thomas Watson made this 1773 engraving of Joshua Reynolds' painting The Honourable Mrs Parker.

She sent letters to members of her family acknowledging that it might seem "improper" to pose for a portrait in her condition. But the artist, Sir Joshua Reynolds, a respected portrait painter, reassured her: He'd focus on her face and fill in the rest of the body later, Hearn says. Reynolds painted her in layers of flowing garments — you'd never know she was pregnant.

When Hearn first conceived of the exhibition and the accompanying book, she says she expected to organize it chronologically, marching through each century one by one: 16th, 17th, 18th, 19th, 20th. "But quite quickly I realized that that wasn't going to work because there were periods in which I could find so few cases," she says. "So I completely chucked the structure out of the window."

Hearn found that the only way to tackle the subject was as a "series of narratives" focused around individual images and individual women.

"In the 19th century, I haven't found, really, any examples," she says. "It's at the beginning of the 20th century we start to see one or two male artists depicting their wives or partners as pregnant — but these are very private images, and they tend not to really be known about until later in the century."

As the 20th century advances, there are more portraits created by female artists. "We see women painting themselves and their women friends during pregnancy, and of course, their viewpoint is completely different," Hearn says. When female artists become pregnant themselves, "very often their work changes radically — it can be a real watershed."

As the exhibition draws closer to the present day, it focuses on one moment in 1991 as a cultural shift for pregnancy portraiture: Annie Leibovitz's iconic image of Demi Moore which appeared on the cover of Vanity Fair magazine. 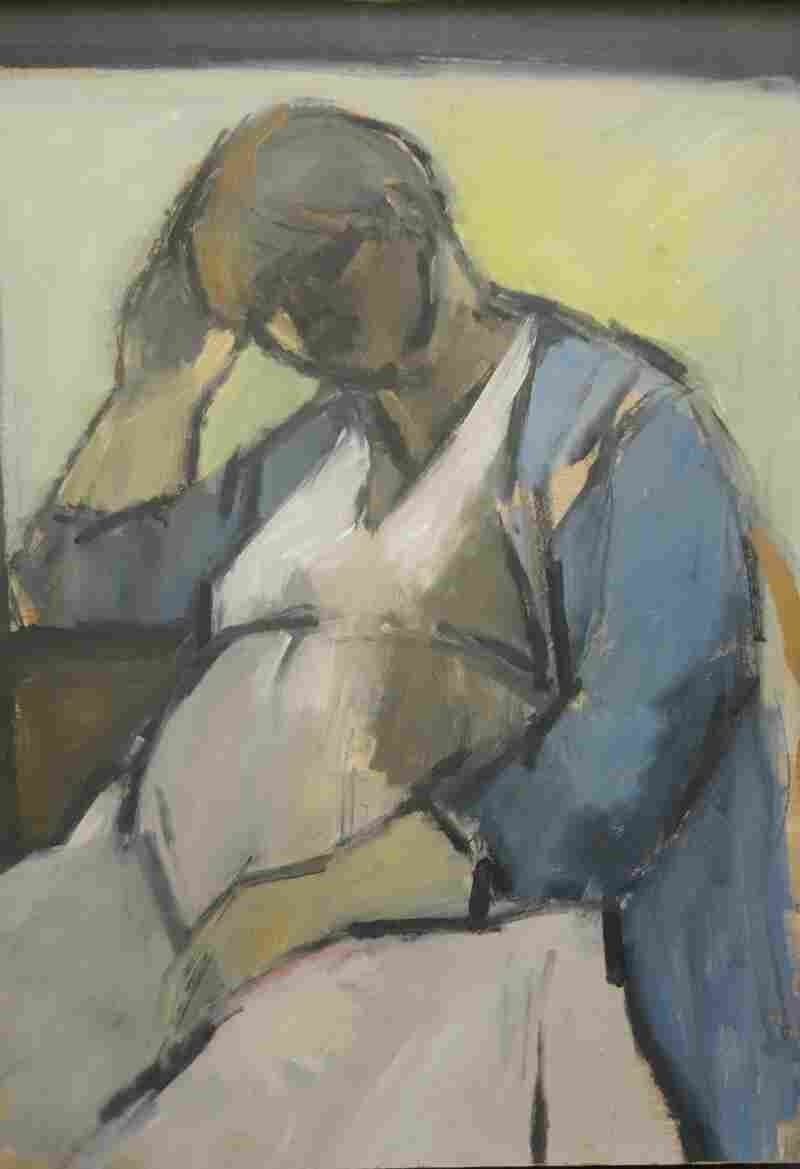 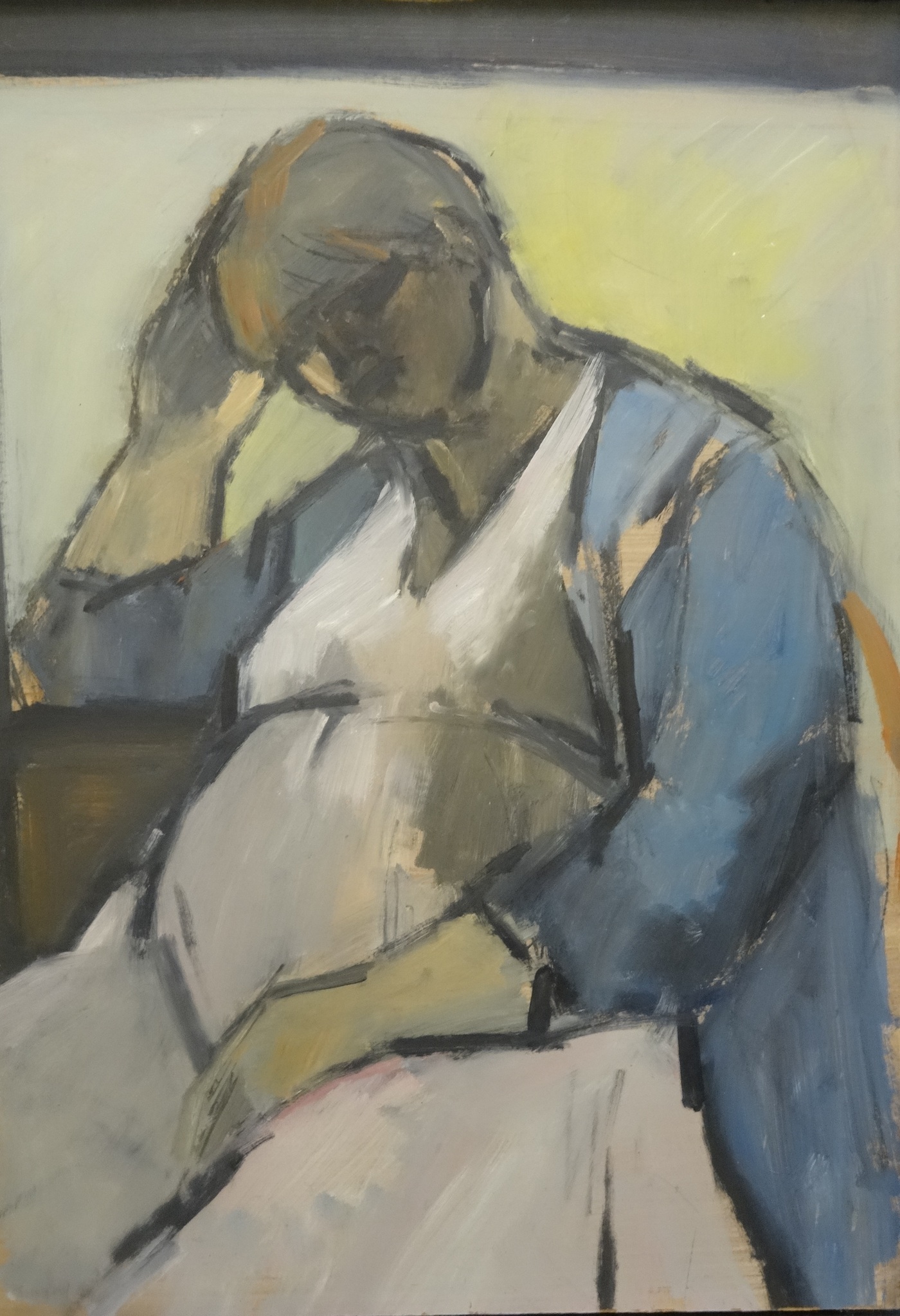 "At the time, the image of a naked, pregnant Demi Moore was enormously shocking. ... It was very controversial," Hearn says. "But, in fact, what happened — it then really sets a template as the 1990s wore on — for just regular people taking images of their partners, it really becomes an approach which anybody might use."

Hearn says that the act of bringing these masterpieces physically together drives home the power and importance of depicting pregnancy.

"This is something that is experienced by 50 percent of society — and the other 50 percent had a little something to do with it." Hearn says. "So it's of enormous importance."

Will Jarvis and Hadeel Al-Shalchi produced and edited this interview for broadcast. Beth Novey adapted it for the Web.