Accessibility links
Poll Results Put Andrew Yang On The New Hampshire Debate Stage The 45-year-old tech entrepreneur is the seventh candidate to qualify for the Feb. 7 debate in Manchester, N.H., which is just four days ahead of the primary there. 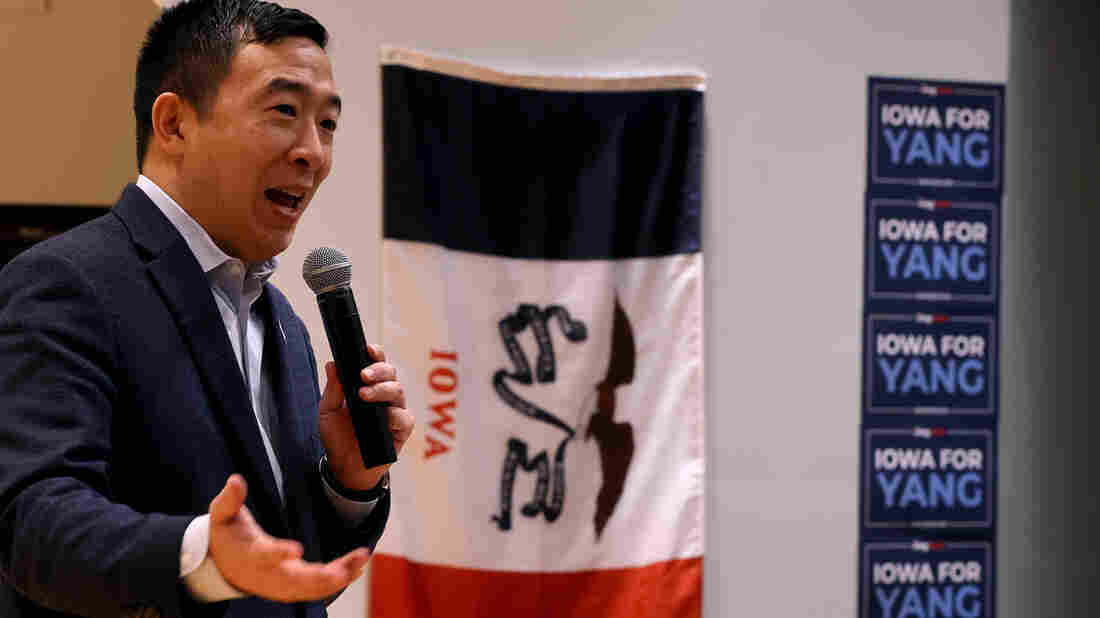 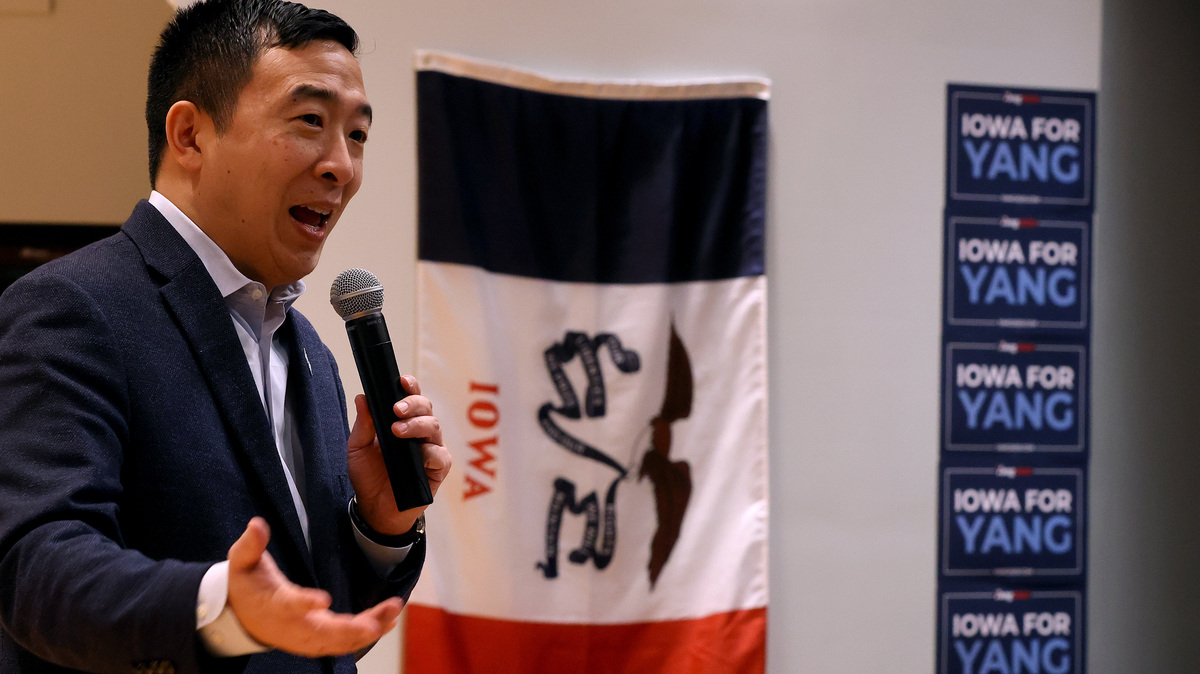 A flurry of qualifying polls released Sunday has put tech entrepreneur Andrew Yang back on the Democratic debate stage.

Yang is the seventh candidate to qualify for the Feb. 7 debate in Manchester, N.H., which is just four days ahead of the primary there.

The 45-year-old had missed January's debate in Iowa. Prior to that televised tussle, Yang had decried what he called a lack of qualifying surveys and had asked the Democratic National Committee to commission more polling. It did not.

But Yang hit one of the DNC's debate thresholds in four surveys released just on Sunday. He got 7% and 5% in separate national polls, and 5% in two New Hampshire surveys.

To make the New Hampshire debate, candidates must register at 5% or more in four qualifying national or early-state polls released between Dec. 13, 2019, and Feb. 6; or at least 7% in two early-state polls during that period. And they have to get 225,000 unique donors from at least 20 states.

Alternatively, a candidate could make the debate stage by garnering at least one delegate from the Feb. 3 Iowa caucuses.

"America has spoken. Voters clearly missed Andrew Yang's presence in the most recent debate and now they are making sure he will be on the debate stage in New Hampshire," his campaign chief Nick Ryan said in a statement.

The two septuagenarians have increasingly sparred over issues as recent polls have shown them separating a little from the rest of the Democratic field.

Billionaire former New York City Mayor Michael Bloomberg has reached the polling threshold to qualify for the New Hampshire debate, but because he's self-funding his campaign, he's not going to hit the donor requirement.

Bloomberg has already spent more than $250 million on ads since jumping into the race in late November, according to the group Advertising Analytics. His focus is on the delegate-rich states voting on Super Tuesday, March 3.

The Iowa debate featured six white candidates. Yang's inclusion means there will be at least one minority candidate on the Manchester debate stage.

Hawaii Rep. Tulsi Gabbard, who's been a fixture on the New Hampshire campaign trail, has so far hit the polling threshold in two qualifying surveys, but has also not amassed the required number of donors.

But first, ahead of that debate: the Iowa caucuses.

The top Democratic candidates were all scheduled to be in the state Sunday, with now just a week to go before the contests. Among them were the senators who served as jurors in President Trump's impeachment trial all week long — and will return to their Senate desks as the trial resumes on Monday.