Accessibility links
Arizona Man Caught Driving In The HOV Lane With Fake Skeleton Riding Shotgun The 62-year-old man was cited last week for disguising a dummy skeleton wearing a bucket hat as a passenger so he could drive in the carpool lane. 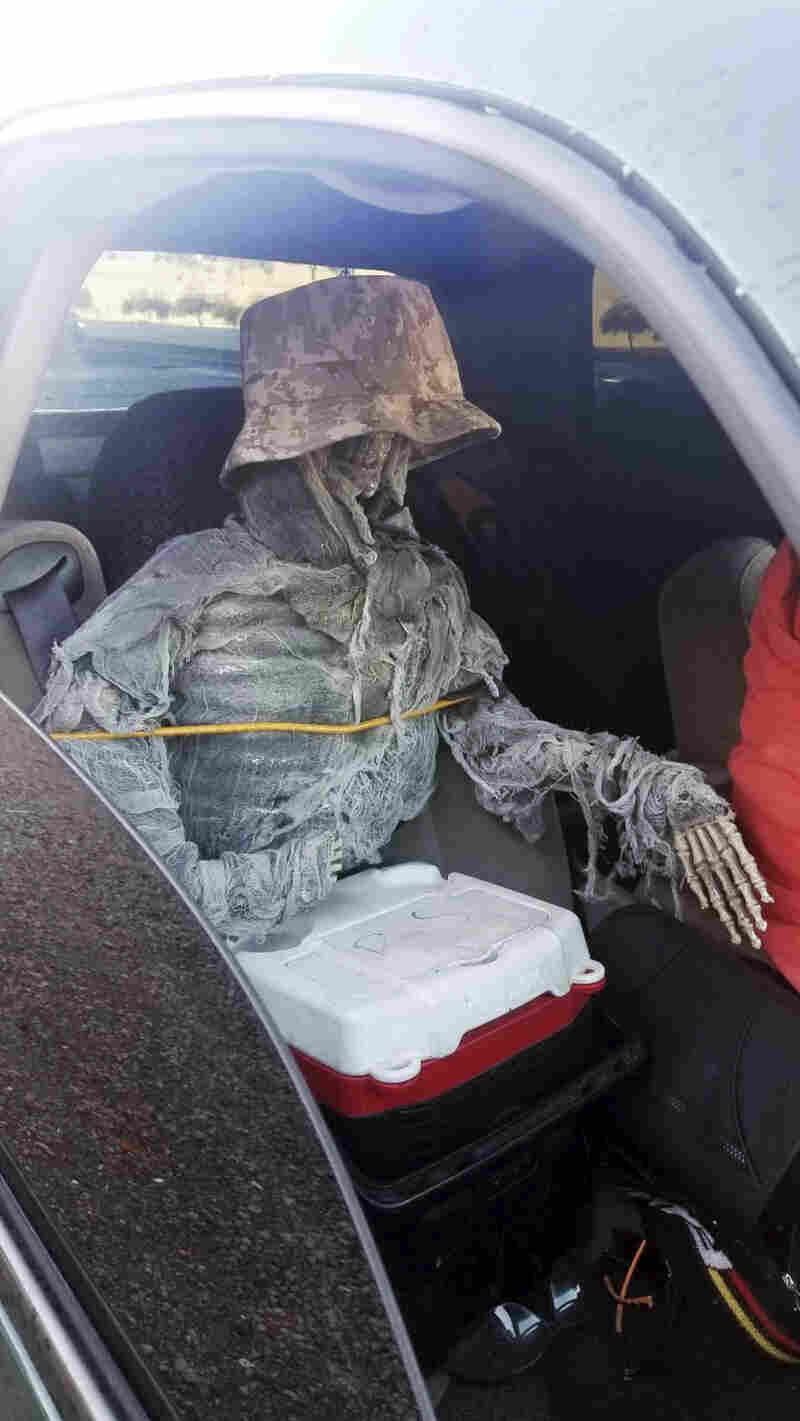 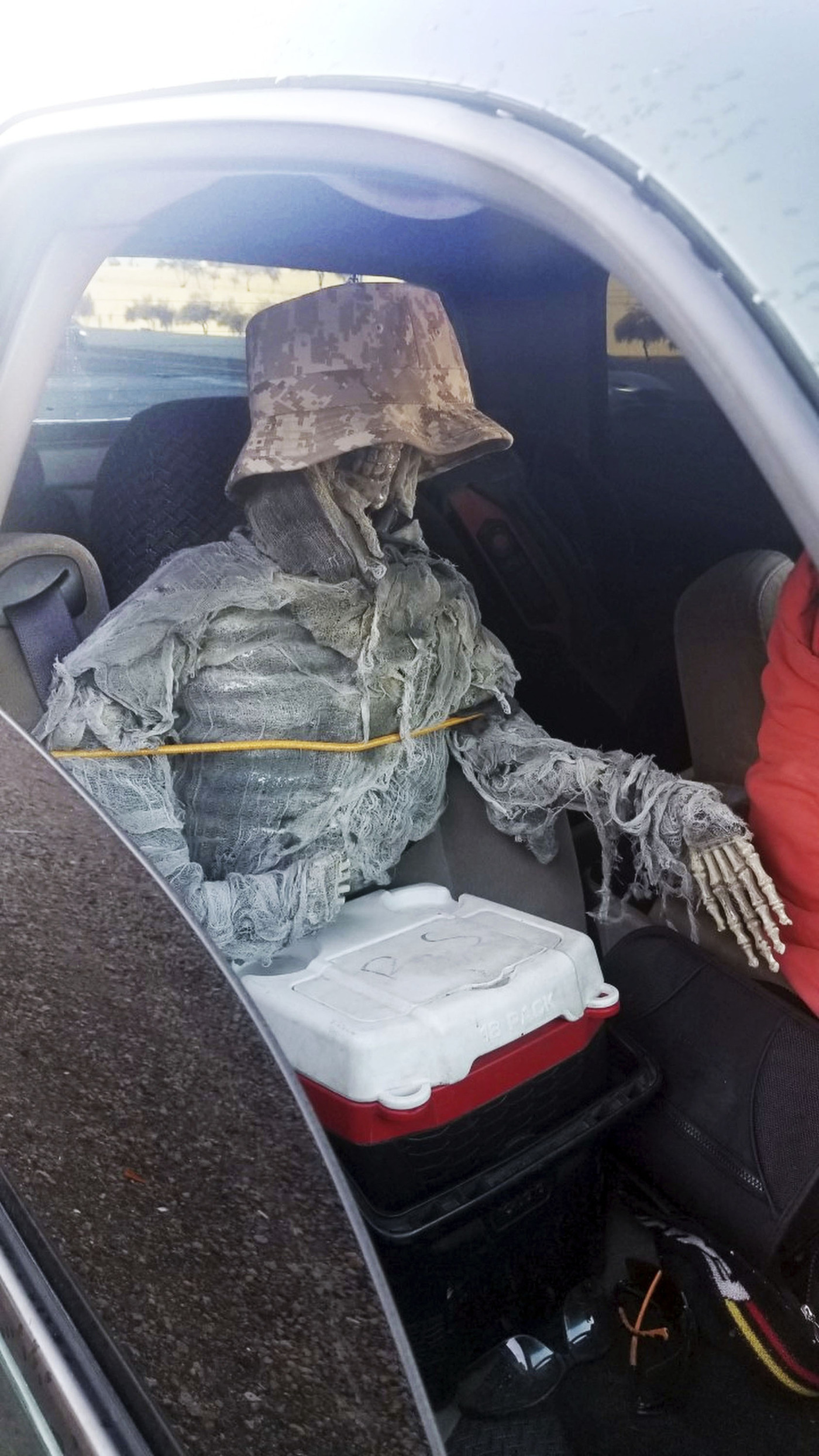 A man in Arizona was pulled over last week for attempting to disguise a fake skeleton as a passenger in his car so he could stealthily drive in the HOV lane.

The 62-year-old received a penalty ticket on Thursday when a trooper noticed the skeleton wearing a camouflage bucket hat and tied upright in the passenger seat with a yellow rope, the Arizona Department of Public Safety told the AP.

The man was also cited for a window tint violation when he was pulled over on Arizona State Route 101 near Apache Boulevard in Tempe. The windows presumably weren't dark enough to conceal his spooky passenger.

"Think you can use the HOV lane with Skeletor riding shotgun? You're dead wrong!" the Arizona Department of Public Safety tweeted on Thursday.

Think you can use the HOV lane with Skeletor riding shotgun? You’re dead wrong! ☠︎ One of our motor troopers cited the 62-year-old male driver for HOV & window tint violations on SR-101 near Apache Blvd this morning. #NiceTry #YoureNotHeMan #AZTroopers pic.twitter.com/wQYY831mNY

This is not the first time a man tried to cheat the rules of the Arizona carpool lane, which is reserved for drivers with at least one passenger in the car. Another motorist was cited last April for driving in the HOV lane on a different Arizona freeway with a mannequin wearing a baseball hat and sunglasses riding shotgun.

The Arizona Department of Public Safety told the Associated Press that some 7,000 people are cited every year for violating HOV lane rules.

Enforcement of HOV lane rules varies from state to state, according to the Federal Highway Administration. In some states, police officers will redirect violators to general lanes, while in others, drivers can face fines from $50 in Massachusetts to more than $300 in California.

Washington State passed legislation last year that sharply raised HOV violation fines to $186 on the first offense and $336 for another violation within two years. Drivers who break the rules again could face a steep fine of up to $686, and those who use a dummy to fake a passenger could pay another $200 on top of those fines.

Since 1984, Washington State has employed a HERO program that encourages drivers to report carpool lane violations, so that police officers can target areas of the road for possible rule-breakers. Police received almost 40,000 reports in 2011, the Seattle Times reported, according to state department of transportation records.