Accessibility links
Canada Wins, U.S. Loses In Global Fight For High-Tech Workers If there is a global war for tech talent, right now Canada is winning. And U.S. immigration policies are part of the reason. 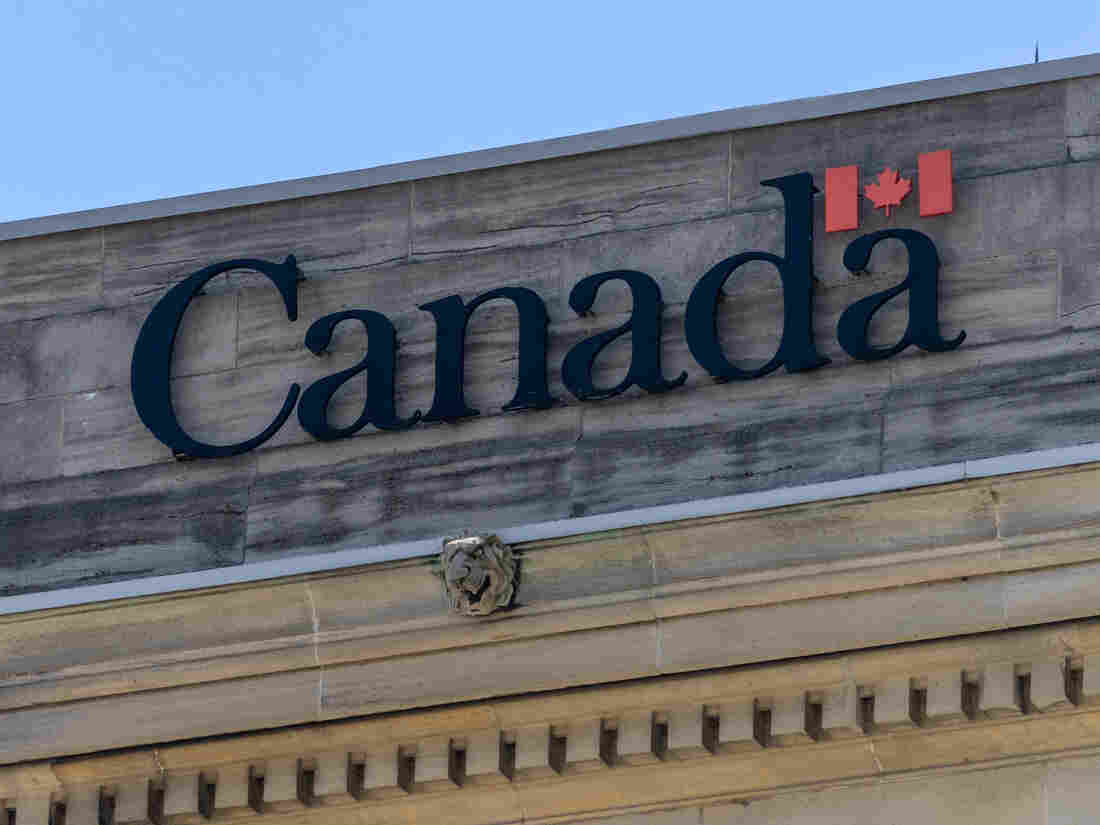 U.S. immigration policy has been a boon for the tech industry in Canada. Roberto Machado Noa/LightRocket via Getty Images hide caption 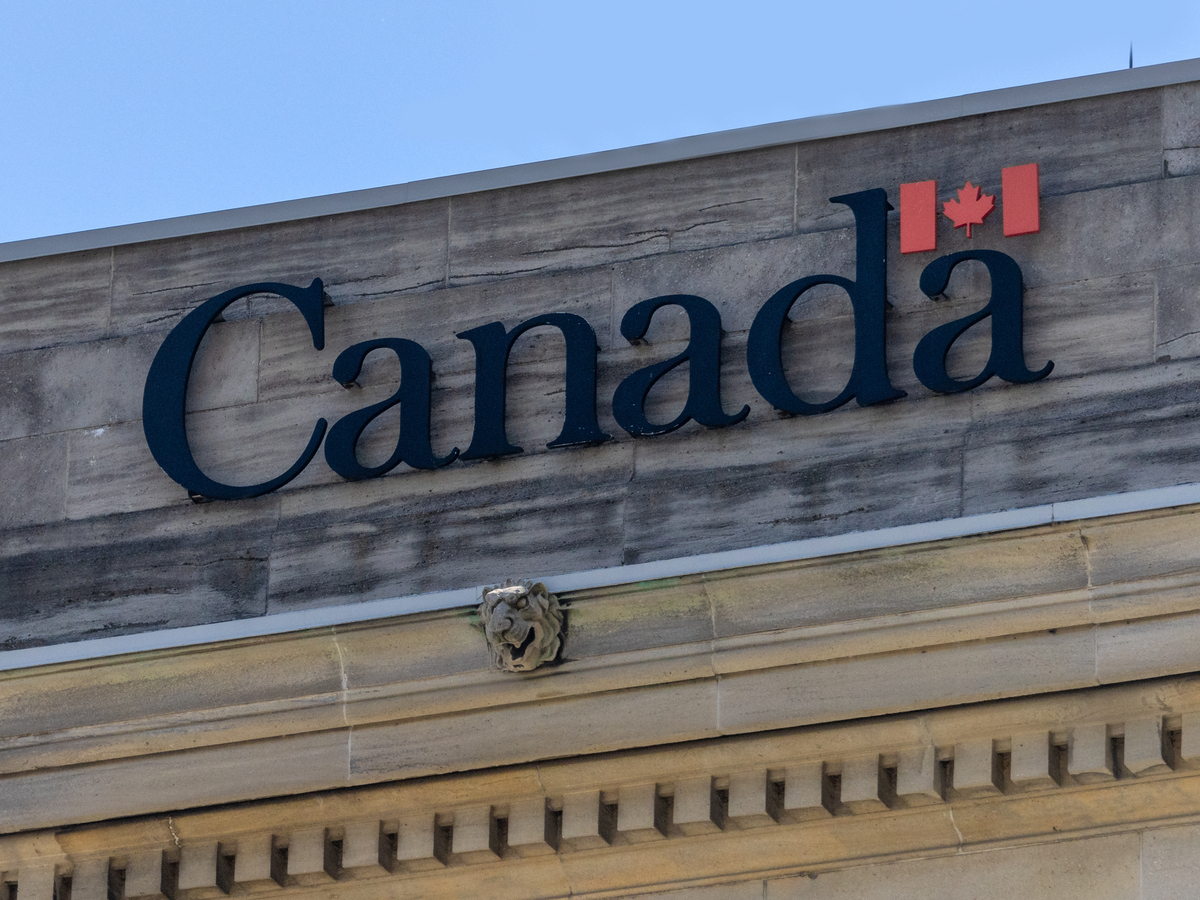 U.S. immigration policy has been a boon for the tech industry in Canada.

Hundreds of tech workers pack an auditorium for a recent networking event in Toronto. The evening's host glides around the room on a hoverboard, equal parts game show host and techie.

"Who here is new to Canada?" asks Jason Goldlist, the co-founder of TechToronto, an organization that helps newcomers navigate the city's fast-growing tech ecosystem.

Dozens of hands shoot up in the air — one belonging to Alok Chitnis, who moved to Canada last year. Chitnis is originally from India. He went to graduate school in the U.S. and found a job in Colorado. But last May, he moved to Canada to launch his own startup.

"It's vibrant. It's very welcoming for immigrants," Chitnis says. "There are a lot of services by the government to help newcomer entrepreneurs especially. So the whole ecosystem is pretty welcoming compared to the U.S."

If there is a war for global tech talent, right now Canada is winning — and the U.S. may be losing its edge. Toronto saw the biggest growth in technology jobs of any North American city over the past five years, outpacing San Francisco, New York and Seattle. Vancouver also made the top five.

The tech industry across Canada is booming. And one of the biggest reasons is U.S. immigration policy. The Trump administration has made it harder for high-skilled workers to get visas. It also has blocked entrepreneurs from some majority-Muslim countries altogether under the travel ban, which it's moving to expand to more countries.

Canada, meanwhile, has been making it easier for tech workers to immigrate there. A new streamlined visa in Canada has brought in more than 40,000 tech workers from around the world in the past two years alone.

"While the States has gone, 'Let's make it difficult to get the employees here on a visa,' Canada's gone the exact opposite, and it's beneficial for Canada," says Alex Norman, the other co-founder of TechToronto. "You had a fast-growing ecosystem here that's been getting a shot of steroids."

Under the Trump administration, high-skilled workers are getting rejected at a higher rate. In 2015, 92% of new H-1B visa applications were approved. But in the last two years, the approval rate dipped to only 75%.

Immigration authorities say they're trying to ensure that companies follow the rules. Employers are required to show that hiring a foreign worker will not hurt Americans.

"You know, I have a high regard — as does the president — for protecting U.S. workers," said Ken Cuccinelli, who was then the acting head of U.S. Citizenship and Immigration Services, in an interview last year.

Cuccinelli was asked about the need to crack down on fraud and abuse. "The H-1B program has been controversial in this regard," he said. "And it is concerning."

More than a dozen hiring managers from tech startups recently squeezed into a private dining room at Del Posto, a high-end New York City restaurant. One of them was Susan Riskin, the head of human resources at Bitly, which is well-known for making Web addresses shorter.

"We doubled the size of our technology team in the last year," Riskin said. "And we feel like we have exhausted New York and Denver. And now it's like we're trying to figure out where to go next, what we need to do."

All of the hiring managers at the table were confronting a similar problem. They came for the New York strip steak and Italian wine — but also to hear a business pitch from Irfhan Rawji, the founder of a Canadian company called MobSquad .

"If you'd rather fill a job than go without, call us," Rawji said. "We'll open a virtual subsidiary for you in Canada. You get access to the world."

Rawji's pitch, in a nutshell, is this: Say your firm wants to hire an international tech worker, but the worker's visa application is rejected or the application process is dragging on for months.

"The next-best solution to keeping them here in the U.S., if you can't do that, is to put them in Canada," Rawji said. "The flights are an hour and a half to two hours. It's the same business culture. And we try to match or beat the total cost for you here."

U.S. tech companies have long relied on a steady stream of engineers and software developers from China, India and elsewhere. The process of getting an H-1B visa was often expensive and slow, says Meagan Soszynski, the head of human resources for an advertising app called Yieldmo. But at least it was predictable.

"You followed a certain process, you paid a premium, but you pretty much always got the outcome that you wanted," says Soszynski.

She says that's not the case anymore.

"In the last year, I would say every one of my H-1B cases have been met with some sort of delay," Soszynski says. "So the immigration changes are certainly being felt by us on the front lines."

The U.S. remains a popular destination for international workers. The number of applicants for H-1B visas stills exceeds the annual cap of 85,000. But in recent years, fewer are applying.

"The biggest thing that's going to hurt the U.S. competitiveness is the overall rhetoric or tone" on immigration, says William Kerr, a professor at Harvard Business School and the author of The Gift of Global Talent, who also serves on the board of MobSquad.

"If you think about migration, people are making a choice to come and invest in their lives, whether for school or for work, and they want to have long-term opportunities," Kerr says. "And the uncertainty and the hostility really dampen that enthusiasm."

"We have to allow smart people to stay in our country," Trump said in an interview with Laura Ingraham on Fox News this month.

"We don't have enough of them. And we have to be competitive with the rest of the world too," Trump said.

Ozge Yoluk started a new job in Toronto this month. She was born in Turkey and studied in Europe. Yoluk worked as a postdoctoral researcher in computational biology at the University of Maryland in Baltimore. She says the field is "like playing video games" — except in these games, the characters are proteins and experimental drugs.

The company she joined, ProteinQure, is using tech to design new treatments. Pharmaceutical companies in the U.S. are doing similar work. But Yoluk says she didn't even bother applying for those jobs.

"Getting a visa in the U.S. is not easy," Yoluk says. "And it's really costly, not just for the companies but also for the person itself." 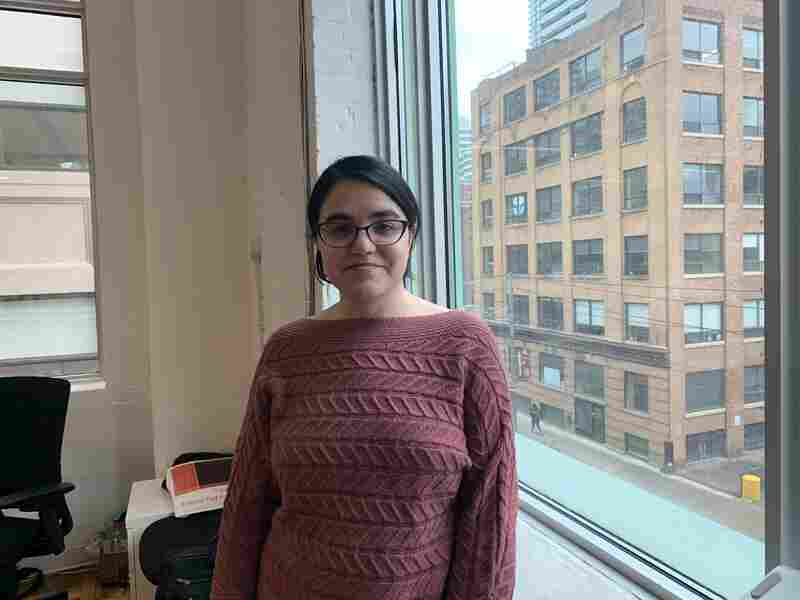 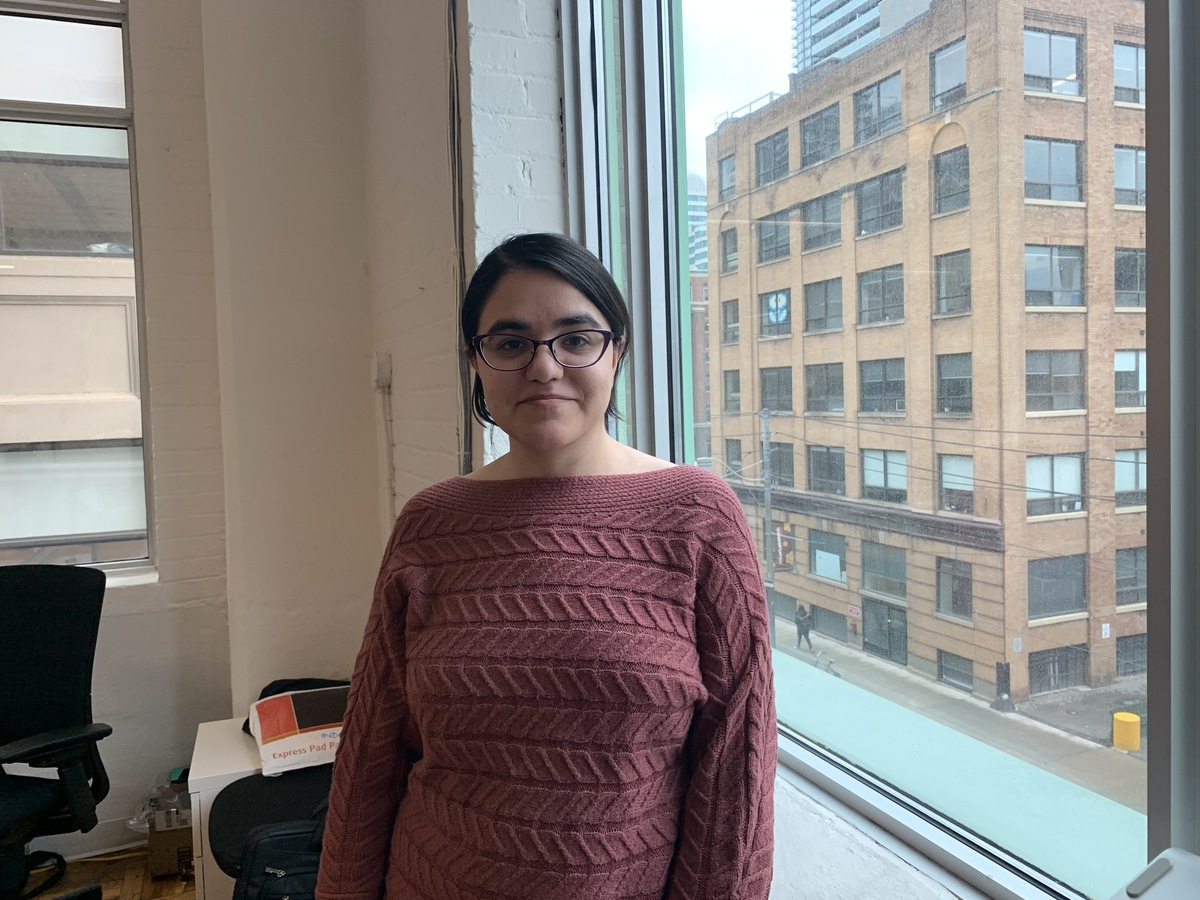 Ozge Yoluk, a tech worker at ProteinQure, says she didn't bother looking for jobs in the United States.

"I said I will not waste my time applying for positions in the States," Yoluk said. "Whereas in Canada, the process was easy."

Yoluk says she got her Canadian visa approved in about two weeks. She didn't even need a lawyer to navigate the process.

A few blocks away, I met Milad Zabihi at a coffee shop in downtown Toronto. Zabihi is the CEO of a startup called Peekage, which helps companies target customers. Zabihi immigrated to Canada from Iran. Several of the company's other co-founders are also Iranian.

"We are a bunch of friends from university time," Zabihi says. "We were thinking of like, you know, starting something new."

Zabihi says they wanted to locate this new venture in the United States. But then, Trump's travel ban blocked most immigrants and visitors from Iran and several other Muslim-majority countries.

"Everyone's like, OK, the U.S. is not an option," Zabihi says. "Especially we like, you know, what is happening right now with the new administration and Islam. So we were basically thinking of, like, what would be the best next option."

Google, Microsoft, Intel and Uber have either opened or announced plans for new offices in Canada.

"Toronto's now the fastest-growing tech city in North America," said Yung Wu, the CEO of the MaRS Discovery District, a technology hub in Toronto that's home to 150 tech startups. It takes up most of a city block, with multiple buildings connected by a soaring glass atrium.

Wu says the Toronto tech industry has been growing for a while. But the U.S. immigration crackdown accelerated that growth.

"Look, every time Trump tweets, we get another sort of injection, which is all good from my perspective," Wu says. "Companies are locating here because they can get access to foreign talent faster."

Wu says hiring the right people at the right time can be the difference between a company that succeeds and one that doesn't.

Canada is betting on it.