Accessibility links
Afghanistan Plane Crash: Conflicting Reports From U.S. And Taliban A U.S. official tells NPR that two people died when the aircraft crashed in Ghazni province. The official blamed mechanical problems — but the Taliban claim to have shot it down. 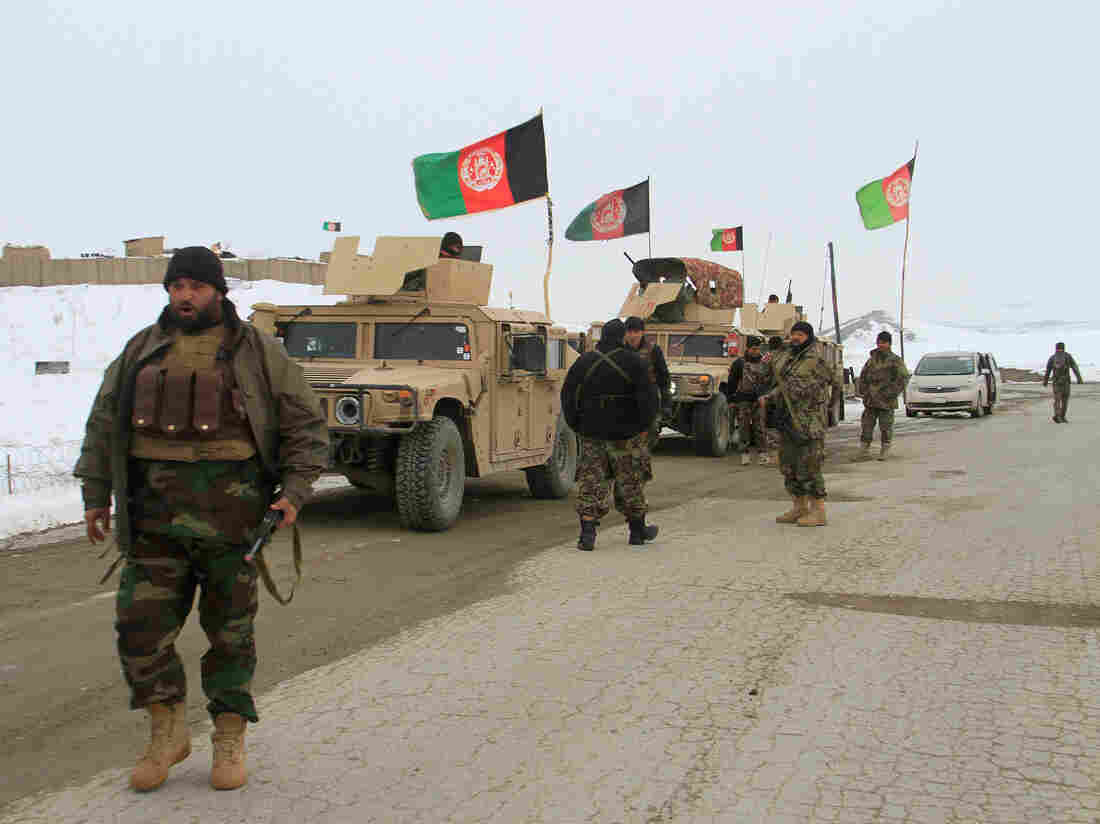 Afghan service members head toward the site of the plane crash Monday in the eastern Afghan province of Ghazni. Mustafa Andalib/Reuters hide caption 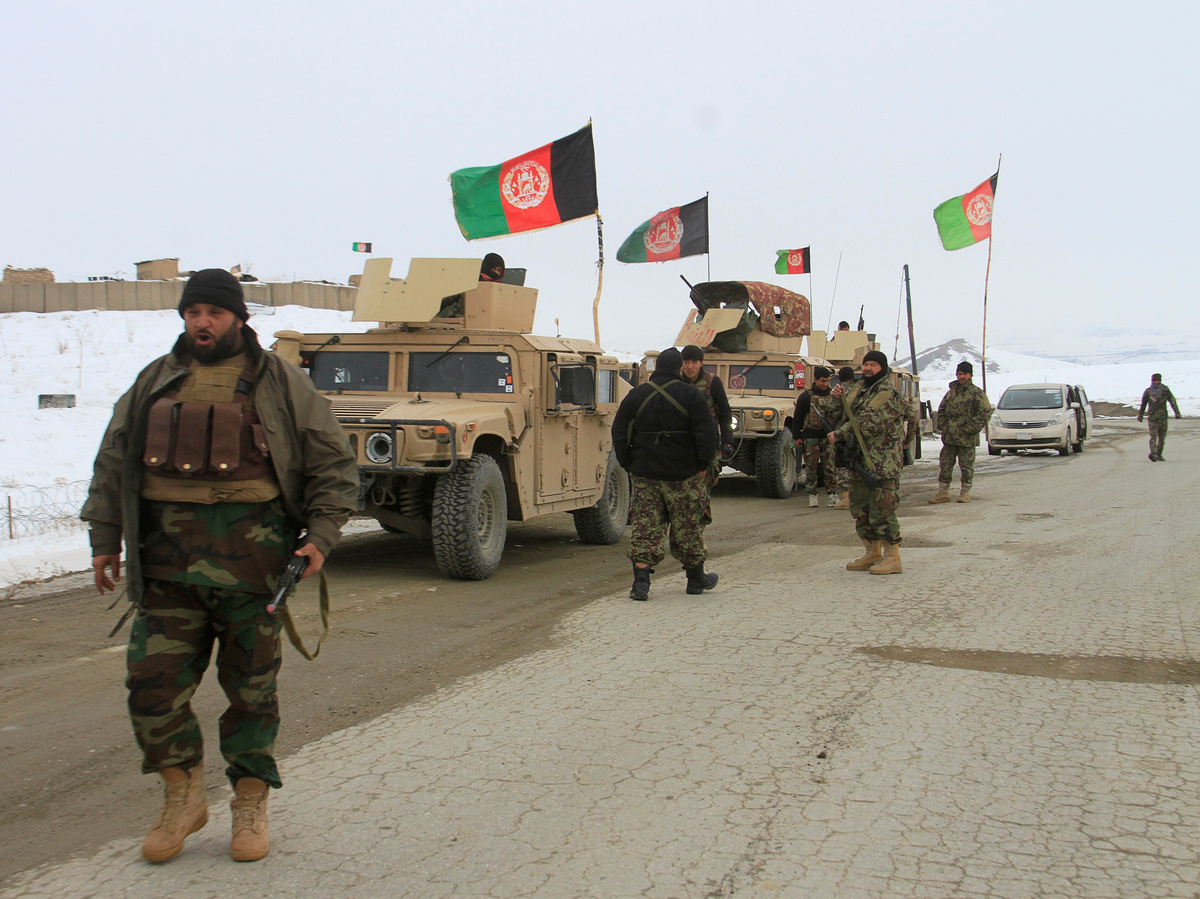 Afghan service members head toward the site of the plane crash Monday in the eastern Afghan province of Ghazni.

A plane crashed Monday in Afghanistan's eastern Ghazni province, and within hours, a swarm of conflicting reports had coalesced around the wreckage.

According to a U.S. official, the plane — a U.S. Bombardier E-11A — had two people on board, both of whom died in the crash. The official told NPR that the plane went down because of mechanical problems.

But that's not the only account of the incident.

A spokesman for the Taliban, Zabihullah Mujahid, told NPR that insurgents with the group shot down the plane and that it had CIA officials on board. Earlier Monday, Mujahid referred to the plane on Twitter as an "enemy intelligence aircraft" and said the bodies of the intelligence officials were still lying near the crash site in the Sado Khelo region of Ghazni.

The militant group frequently exaggerates battlefield actions, and the claims could not be confirmed. Col. William "Sonny" Leggett, spokesman for the U.S. forces in Afghanistan, said that "Taliban claims that additional aircraft have crashed are false."

"While the cause of crash is under investigation," Leggett said in a tweeted statement, "there are no indications the crash was caused by enemy fire. We will provide additional information as it becomes available."

Meanwhile, a spokesperson for the Afghan Ministry of Defense, Ruhallah Ahmadzai, told NPR that the aircraft was not Afghan — neither civilian nor military. Ahmadzai said Afghan special forces have been deployed to the crash site.

Taliban claimed credit for downing the plane in Ghazni. Taliban say the plan was used for espionage purposes & that high ranking CIA officers are killed in the crash. Taliban never had anti-aircraft weapon, the question is how they downed the plane? pic.twitter.com/iRAQteu8r5

Journalists in the area posted purported images of the charred, smoldering wreck, which NPR has not independently verified. The plane shown in several different videos bears markings that appear to be a version of U.S. Air Force insignia.

Confusion around the crash has swirled since virtually the moment it occurred. Initial reports, citing local government officials, said the plane was operated by the state-owned Ariana Afghan Airlines — only to be rebutted quickly by the company's acting chief executive, Mirwais Mirzakwal.

"It does not belong to Ariana because the two flights managed by Ariana today from Herat to Kabul and Herat to Delhi are safe," Mirzakwal told Reuters. And the airline itself, in a Facebook post, also pushed back on suggestions that its plane was involved.

For the past couple of years, Ghazni province has stood at the epicenter of friction between the Afghan military and the Taliban.

The militant organization recaptured control of much of the region after launching a series of attacks that left hundreds dead in 2018. And just last month, a Taliban infiltrator killed roughly two dozen Afghan soldiers at a military base in the province.

U.S. troops also remain a principal target for the Taliban. Earlier this month, an improvised explosive device, or IED, set by the Taliban killed a pair of service members in the southern province of Kandahar.

Proposed peace talks with the group have largely stagnated, with occasional suggestions of progress punctuated by high-profile protests and cancellations in recent months. After months of preliminary negotiations, President Trump called off talks last September following the death of a U.S. service member — only to announce their resumption during a surprise Thanksgiving visit to troops outside Kabul.

The current status of that proposal is unclear.

Producer Khwaga Ghani in Kabul and NPR's Diaa Hadid and Tom Bowman contributed to this report.