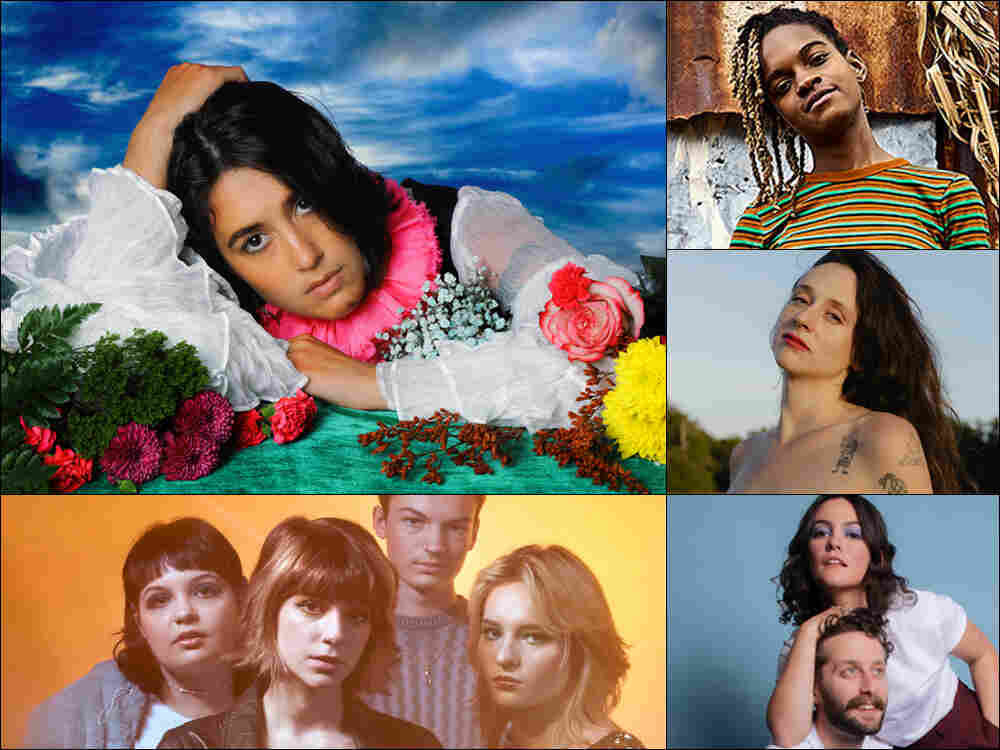 Did you ever hear a record that's so inspiring you had to write a song? That's what happened to me on hearing the brilliant new album by Midwife. It's the project of Madeline Johnston, and Forever is her six-song LP filled with music she describes as "heaven metal." On this episode of All Songs Considered, I'm joined by NPR Music's Marissa Lorusso, who brings a geography-inspired song from Katie Crutchfield and the music she writes as Waxahatchee. This new song, "Fire," was sparked by a car ride over the Mississippi River, as the sun reflected on the water. It gives us a preview of Saint Cloud, the next Waxahatchee album that comes out in late March.

Alex Luciano and Noah Bowman are the duo known as Diet Cig and their new song, "Night Terrors" takes its inspiration from Alex's frightening sleep episodes. Other new music today comes from Half Waif, the music of Nandi Rose, whose song "Ordinary Talk" comes from her thoughtful record, The Caretaker. From Columbus, Ohio comes Snarls; the band's singer, Chloe White says their track, "Marbles" is that cry-baby song — that initial kicking and screaming when someone leaves out of the blue.

I also play one slightly older song — an infectious reggae tune from Jamaica's Koffee. The singer just won a Grammy Award for Best Reggae Album, making her the youngest and first woman to ever win in that category. We play "Raggamuffin" from that album, Rapture. It coincides with the release of her Tiny Desk Concert, which, as it turns out, was my inspiration for putting it on today's show.

4. Midwife: "Anyone Can Play Guitar" from Forever

5. Half Waif: "Ordinary Talk" from The Caretaker