Accessibility links
Stream 'Likewise,' The Debut Solo Album From Hop Along's Frances Quinlan While members of Hop Along appear on her solo debut, Likewise is decidedly Frances Quinlan's vision. Her voice and unique, meandering melodies sit at the forefront of an inquisitive record.

Stream the debut solo album from the Hop Along songwriter 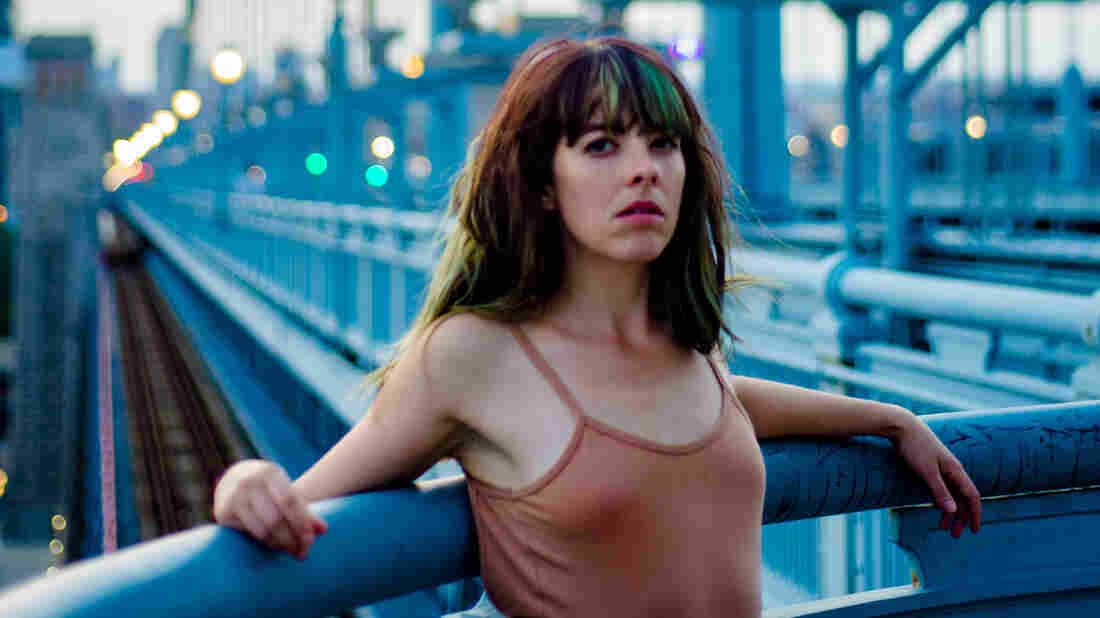 Frances Quinlan ponders what it means to love well on Likewise. Julia Khoroshilov/Courtesy of the artist hide caption 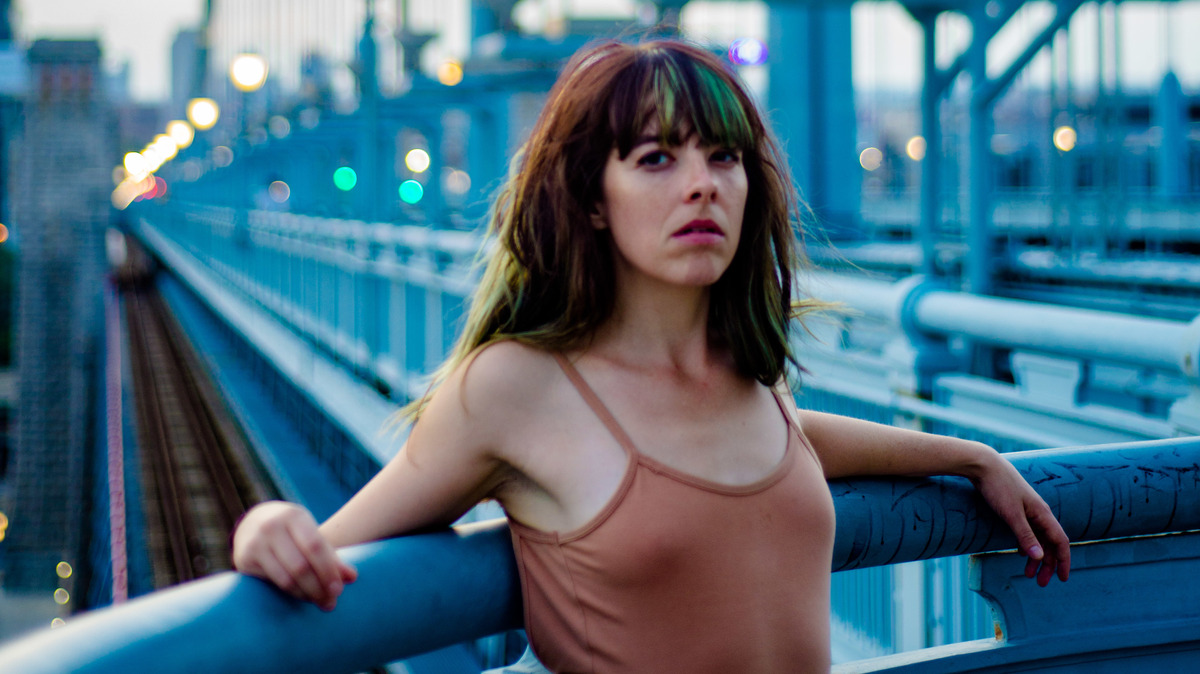 Frances Quinlan ponders what it means to love well on Likewise.

Julia Khoroshilov/Courtesy of the artist

Empathy persists throughout the music of Frances Quinlan. The Philadelphia-based songwriter finds the humanity at the center of any story: some from her own life; some from historical figures, or something a friend told her, or a podcast she heard. It hardly matters if you can trace the exact narrative contours; you still end up with a powerful sense of what it feels like to exist inside of those experiences.

Over the past decade, Quinlan has mostly honed this skill as the frontperson for indie-rock band Hop Along. What started out as Quinlan's freak-folk solo project — full of adventurous, clever songwriting — grew into a full band. Over the course of the three Hop Along albums written with the band, her songwriting has sharpened; these songs follow shapes you can recognize, even when they lead you to places you might not expect.

Quinlan has said that "one of the benefits of experience" in her time with Hop Along has been becoming a "stronger and more adventurous collaborator." Likewise, her debut solo album under her own name, is a testament to that growth. The album puts into clearer focus her impressive voice and inimitable melodies by stripping back some of the noise around them.

On Likewise, Quinlan isn't exactly alone; she co-produced the record with Hop Along bandmate Joe Reinhart, who also engineered and mixed it. Reinhart and the other two members of Hop Along play on some tracks; elsewhere, other collaborators contribute backing vocals, strings and harp. But Likewise is decidedly Quinlan's vision. "Even though I bring the initial songs to the band, we all work on them so much that by the time they're done they generally change quite a bit," Quinlan told The Line Of Best Fit about her process with Hop Along. "And while that usually is an improvement, I have missed the initial sparks of things."

Likewise honors that initial spark. Here, guitar is no longer Quinlan's primary instrument, and the arrangements across these nine songs are less dense and driving than her full-band material. Its opening track is just Quinlan's voice and a Wurlitzer, save for a field recording that sneaks in at the beginning and the end. On "A Secret," she sings over an acoustic guitar, accompanied only by delicate touches of bass and piano. Even on songs built out with more percussion, Rhodes, Wurlitzer, synthesizers and strings ("Your Reply," "Detroit Lake," "Now That I'm Back"), she makes space for her voice and her unique, meandering melodies to sit at the forefront. She can still reach the signature howl that built her reputation in Hop Along, but here, she uses that timbre more sparingly; the range of tones she invokes on this record are often less demanding and more inquisitive, inviting and searching.

The narrators in Likewise experience the mundane and the transcendent; they ponder marginalia, compare websites, drink coffee alone and with others, interpret their dreams, struggle under the weight of family secrets. They "begin with tenderness," "can't stand hearing the truth," "interrupt you in order to relate." Things are always in the midst of happening on the album: Songs start mid-thought, or jump from stream-of-consciousness to direct address in a single breath. Charming vernacular — "by the way," "come to think of it," "I mean," "sure, sure," "huh, I wonder" — peppered throughout remind the listener that the wisdom of the songs is in process; their narrator doesn't speak to us with the benefit of enlightened hindsight, but places us in the midst of it all. The songs are just as often shot through with elegantly poetic lines (on "Now That I'm Back," she sings of "memories spiraled and bent / In your bedroom") or capture entire emotional realities in one straightforward sentence (from "Went to LA": "Oh the humiliation of having / been perfectly understood").

Each of these songs ponder what it means to love well, to meet people where they are. Quinlan has talked about how "Rare Thing" was inspired by watching her young niece respond to the world around her with open-hearted fascination; how "Now That I'm Back" came from a realization that "love is always there, it exists in the margins, one needs only to access it;" how the narrator of "Your Reply" is frustrated by nearly — but not quite — understanding someone else completely. "But still what a gift that is," she said in a press release, "to come close." Even her delightful, album-closing cover of Built to Spill's "Carry the Zero" is evidence of this; it sounds like a Cubist rendering of an indie-rock classic, as if Quinlan looked directly into the heart of the song, deconstructed its component parts, then painstakingly rearranged them to make new connections.

On "Kids on the Boardwalk," from Hop Along's 2015 Get Disowned, she sang, "I want truth and beauty / I want to love something without it having to need me." It has always struck me as a lyric about desire and fear — about wanting love without vulnerability, maybe, or about how to accept care without risking codependency. But on Likewise's "Rare Thing," it's as if Quinlan approaches this idea with a little more wisdom and tenderness. "I know there is love that doesn't have to do with taking something from somebody," she sings. Less fear of finding love, more concern about how to give it generously; and even if we fail, what a gift to come close.