Accessibility links
High School Starts At 3 p.m. For These Michigan Students A small group of students attends Eastern Flex Academy in Lansing, Mich., which is designed to accommodate part-time job schedules, internships and even family responsibilities. 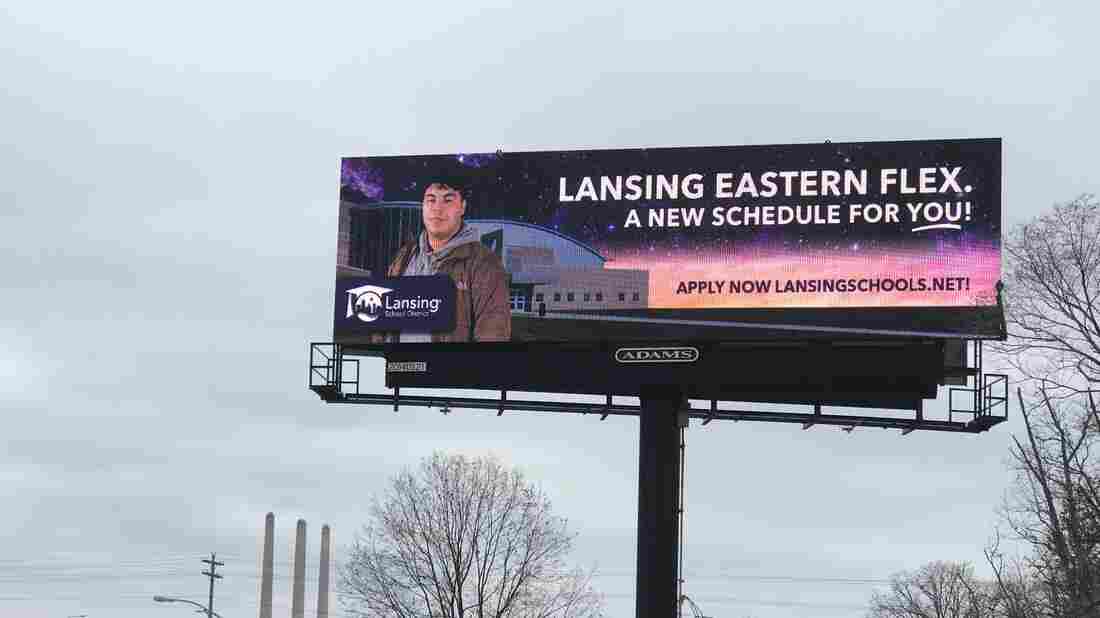 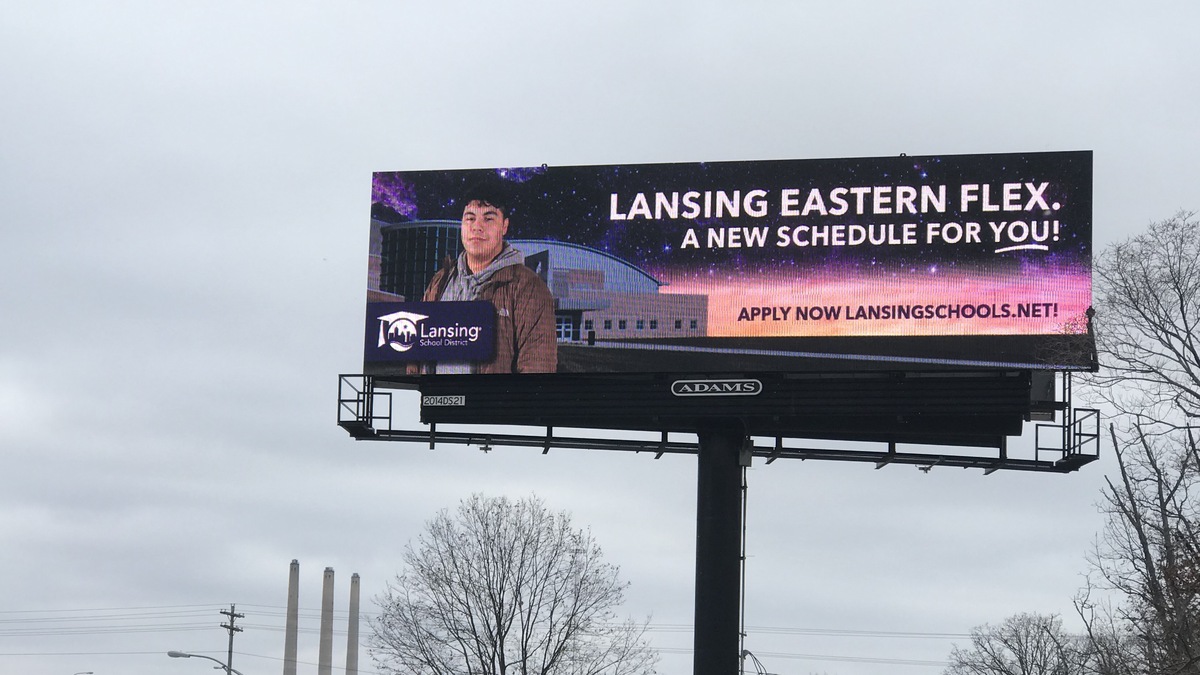 Eastern Flex Academy is an experimental program in Lansing, Mich.

The final moments of Friday afternoon are slipping away at Eastern High School in Lansing, Mich., as announcements echo through the halls.

As students stream through the doors, teacher Dee Halstead is rolling her supply cart to the library. Her workday is just ramping up.

"This is my classroom on wheels," Halstead said. "It's my laptop and all of the papers I need to give the students and my flash drive so I can print off this exam."

Halstead coordinates an experimental program called Eastern Flex Academy, where a handful of students attend school from 3 p.m. to 8 p.m. They start off with English and math classes, break for dinner and then finish their remaining courses online.

The motivation for this was two-pronged. The district wanted to make better use of its building during off-hours. And the school board wanted to find out how a mobile, digital 21st-century workflow could supplant an agrarian-based 19th-century school day. Eastern Flex Academy was designed to accommodate part-time job schedules, internships and even family responsibilities.

Senior Taylor Burford taps away at her English term paper: a review of a historical fiction on the life of Malcolm X, who lived in Lansing in his youth. She's dual enrolled in college, works at a child care center and takes dance classes. Burford says going to school late in the day has really helped her.

"Here, I don't really have to worry about socializing or being performative," she says. "I can just stay chill, do my work. It's easier."

High school evening classes are not completely unheard of. But they're not usually built around lifestyle demands.

"I think what you're seeing in Lansing is a response to the needs of young people," says Monika Kincheloe, a senior director with America's Promise Alliance. While some schools provide evening classes to help students recover lost credit hours or help working adults earn their GED diploma, Kincheloe says the Lansing model is different. Here, flex students are on a parallel course with their daytime peers.

"That gives me great comfort in knowing that they aren't getting lost, because they're part of the school," Kincheloe says. "So when the school reports a graduation rate or a testing outcome, it's going to include those young people in the evening classes. And that's a good thing." 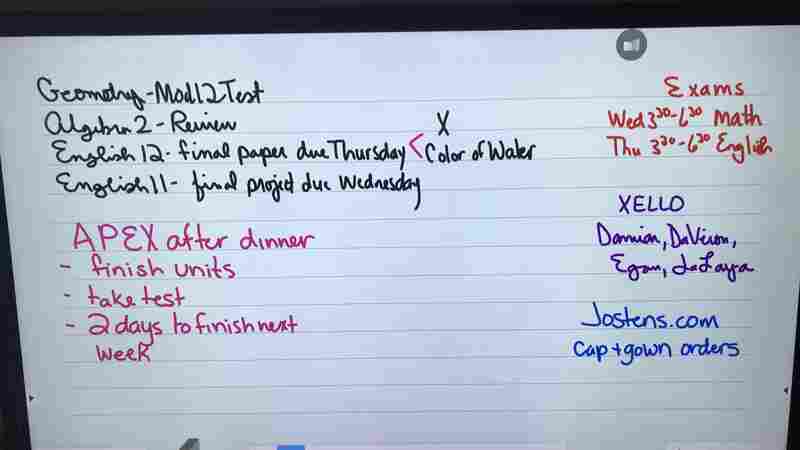 The students start off with English and math classes, break for dinner and then finish their remaining courses online. Kevin Lavery/WKAR hide caption 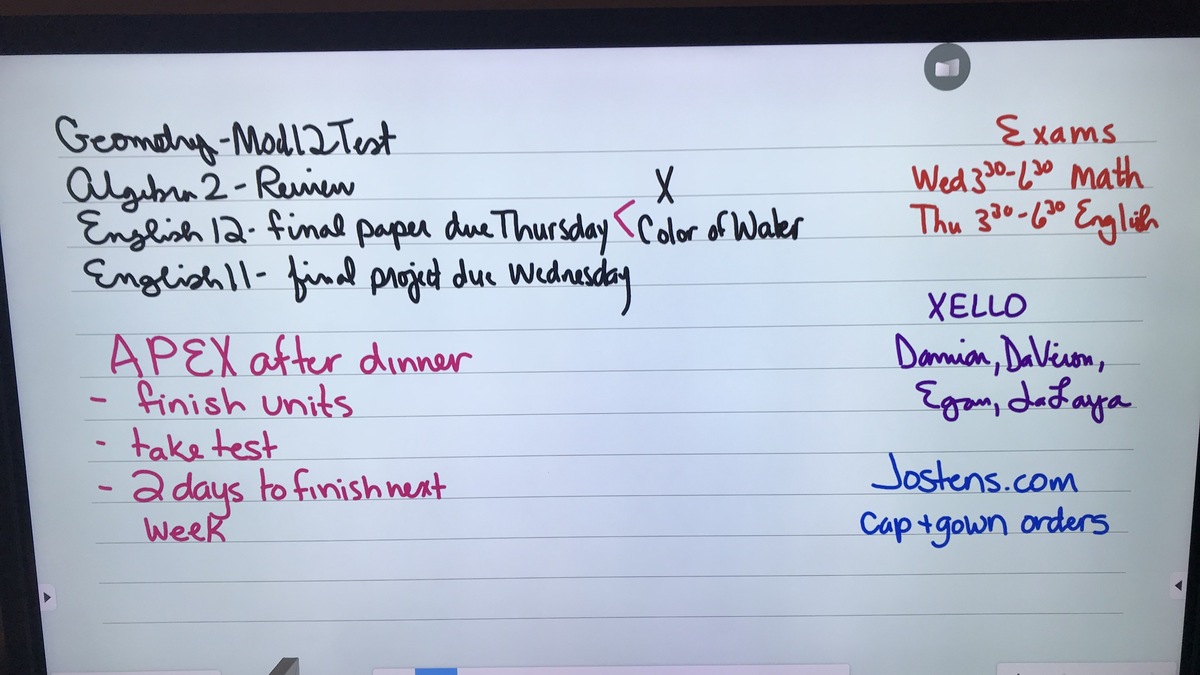 The students start off with English and math classes, break for dinner and then finish their remaining courses online.

But there's a more basic — and popular — reason for flex classes: catching up on your rest.

"I'm able to sleep in as long as I need to, so I always get like a good night's rest," says junior Jerome Tiel. "I'm able to just do more things with my day. I feel like this is one of the best changes in my life."

"Before he was failing class here and there and his top grades would be in the C or B range, and now he's getting A's," Brains says. "Also, he was having some behavioral issues as well, and those have decreased quite a bit."

The program is already planning to grow. This semester, the Lansing School District will offer it to juniors and seniors in the city's two other high schools and even to neighboring schools in the suburbs.