Accessibility links
Interview: Amy Rigby On 'Girl To City: A Memoir,' Mixing Music And Motherhood Rigby's memoir, Girl to City, tracks how a Catholic girl from Pittsburgh became part of the New York punk scene — and invented and reinvented herself as a performer, songwriter and a mother. 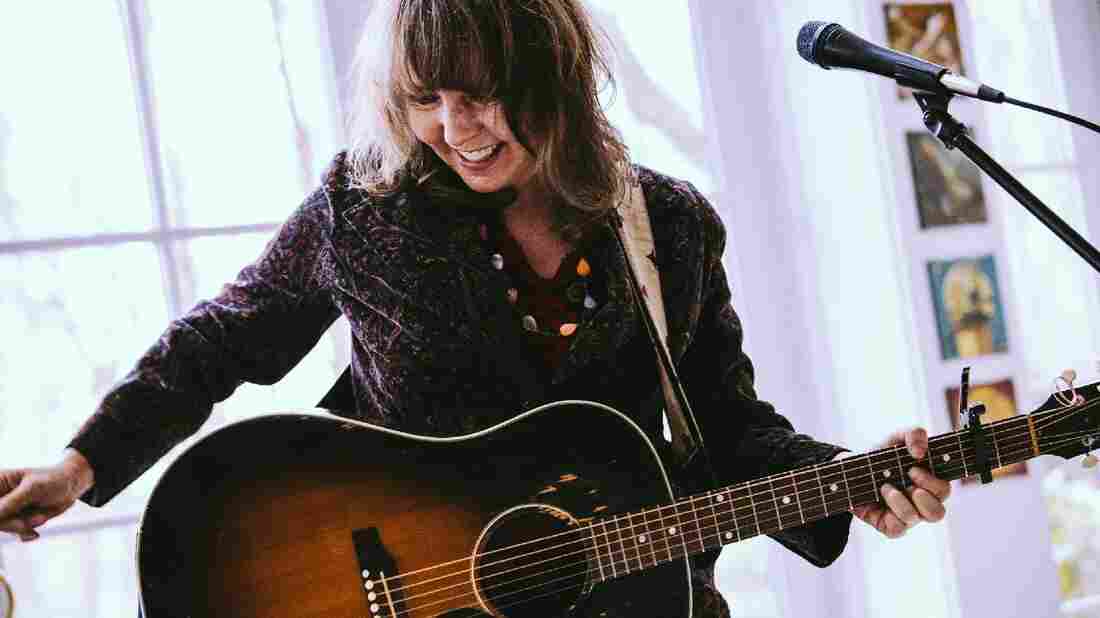 Amy Rigby played with Last Roundup and The Shams before she began her solo career. Chris Sikich/Courtesy of the artist hide caption 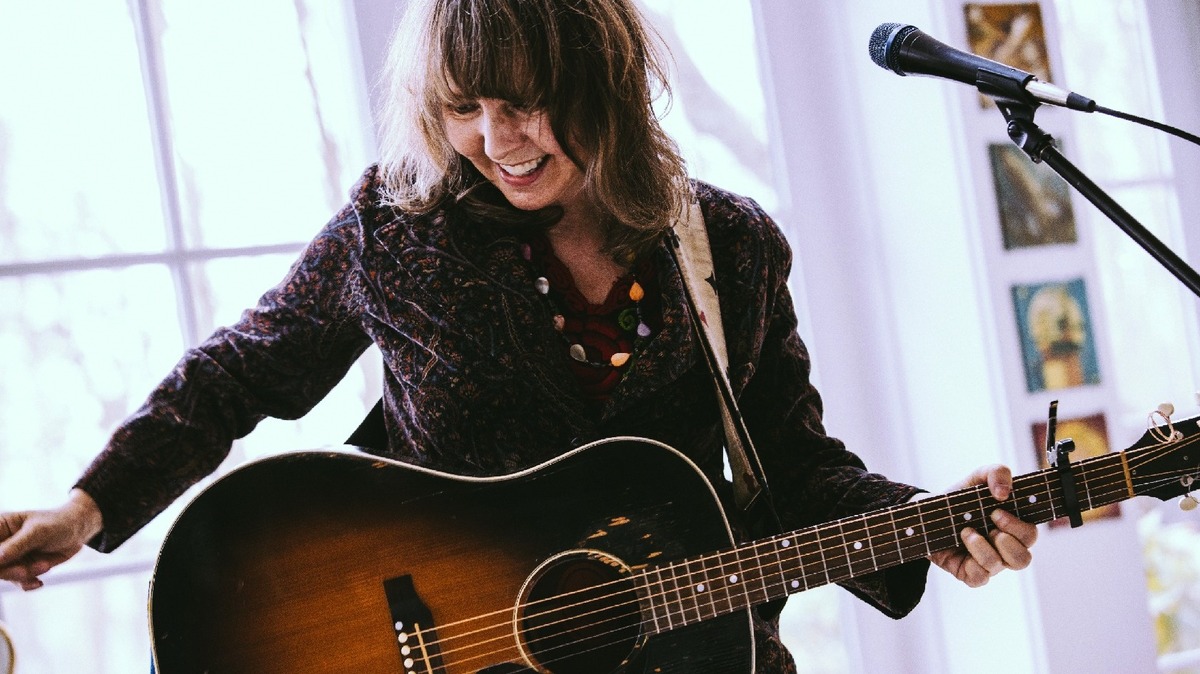 Amy Rigby played with Last Roundup and The Shams before she began her solo career.

Chris Sikich/Courtesy of the artist

Amy Rigby was a sheltered Catholic teen from the Pittsburgh suburbs when she moved to New York City to attend Parsons School of Design and fell in love with the '70s punk scene.

"Downtown seemed to be where I felt comfortable," she says. "It was grungy. It was dirty. It was dark. Everyone was smoking. It smelled of beer. And it felt like it was always really, really hot or really, really cold in New York back then."

Rigby spent years hanging out in the punk clubs before she found her calling as a singer-songwriter, playing first with Last Roundup and later The Shams.

When she got married and became a mother, she expected to step away from the music scene. "I thought getting pregnant and having a child would mean that I would put all this foolishness away and that I would find something real to do with my life," Rigby says.

But it didn't work out that way. Instead, Rigby drew on her own experiences as a wife and mother to create her 1996 album, Diary of Mod Housewife.

"By the time I was making Diary of a Mod Housewife, I was singing for my life," she says. "I decided I was not going to get down on my hands and knees and scrub the bathroom floor unless I could get up on stage and sing about it."

Rigby reflects on how she invented and reinvented herself as a performer and songwriter in the memoir, Girl to City, which Fresh Air critic Ken Tucker called the best rock memoir of 2019. 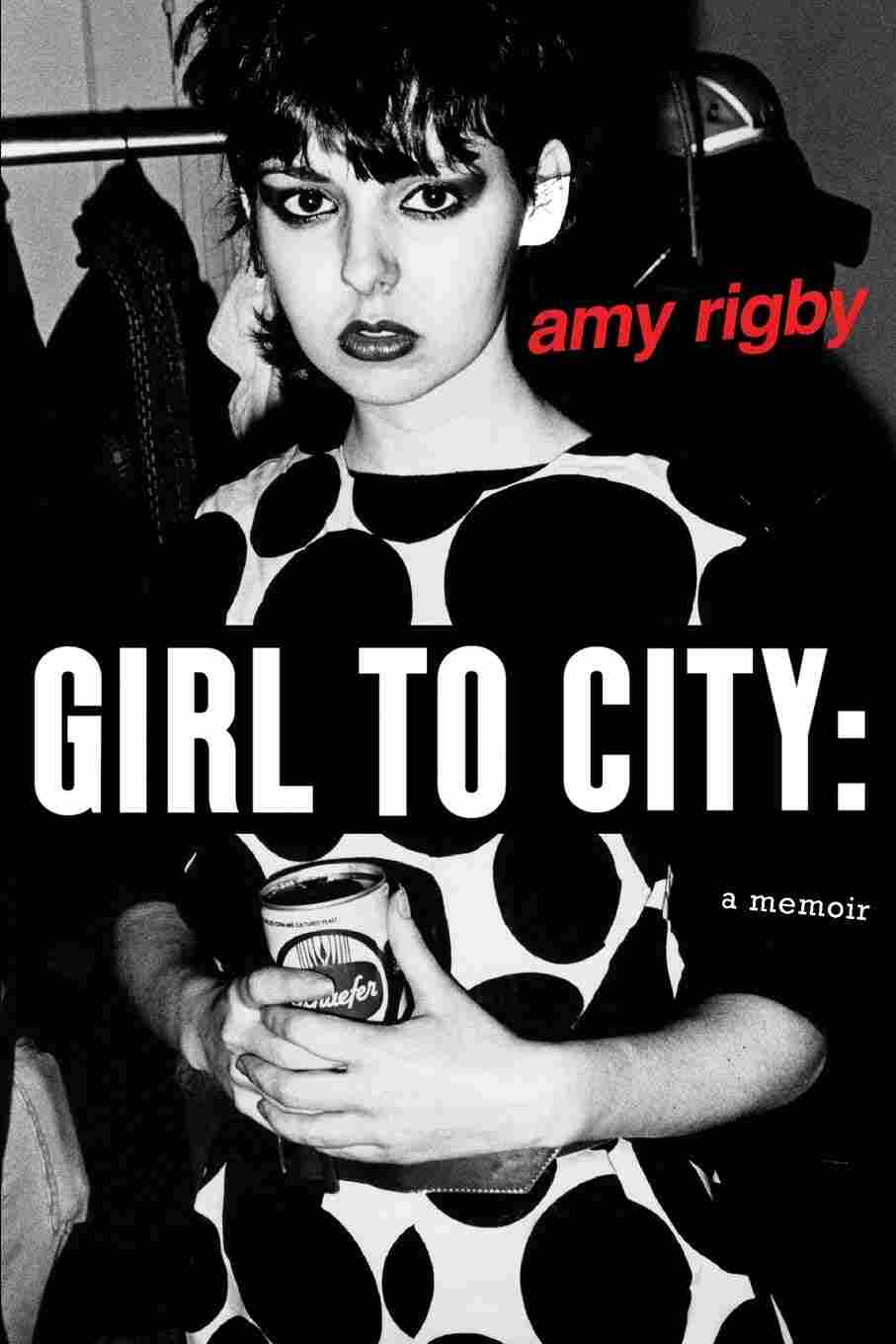 Girl To City: A Memoir

On going from music fan to becoming a musician herself

I learned in public, pretty much. It was a really interesting time in New York City. There were all these little galleries and spaces where people were putting on variety shows, and my band, Last Roundup, we got together. There were four girls, two guys — one of them was my brother — and we just started playing our version of country music with one guitar, a fiddle that had maybe two strings, a lot of harmonies — or what we thought were harmonies. It was very kind of crude and primitive, but it had a charm to it. I started writing songs for that band and we kept working and getting better, bit by bit.

On bringing her young daughter on tour

That was pretty wacky, because I was with [my second band] The Shams and there were three of us girls, and then we'd bring a friend along to kind of keep an eye on my daughter while we were actually onstage. But we were in an un-air-conditioned van. We had baby food jars floating in a beer cooler of melted ice. And just trying to get my daughter to go to sleep at night after a gig was really hard. She would be just so easy while it was all going on, but then she'd kind of react when all the excitement died down and we were all trying to go to sleep.

But as things went on and she started going to preschool and stuff, it was hard. I couldn't really take her with me. I mean, I loved to go out and play, but I felt like I would miss stuff at home and that she needed me, and I was trying to balance it as best I could.

On writing about humble details of life in her music

It was a revelation to me to read [humorist] Erma Bombeck and to see that someone could be in a magazine talking about cleaning the kitchen sink. That really struck me and stayed with me. And again, in the '80s, reading Joyce Maynard [who] had her column "Domestic Affairs." I think it was the '80s — or late '80s/early '90s — and Mary Cantwell wrote in Vogue about cooking, her kitchen, and I thought, "Wow. It's in this national magazine, but you're allowed to talk about these humble, homey things that maybe in the past I would have thought that it doesn't have that much value as things like that men go out and do." So I consciously wanted to talk about that stuff and in songs, in the same way that I read it in those writers' stuff. I thought it would resonate with somebody, and that somebody needed to do it and say that it was OK.

It was in the late '90s, there were some reissues of his records. And I started listening to him again and I started playing "Whole Wide World" in my own set, and it's just such an anthem. It's such a mystical, magical song. I found that any time I was kind of struggling, alone, playing in a club that maybe there are some people that weren't so attentive in there, I'd just pull out that song and it would focus me [and the audience] ... Eventually that led to me meeting Eric in this town in England called Hull. A promoter there knew that I covered Eric's song, and he put Eric on as a DJ for my gig in this room, up above a pub. I met him that night and I played "Whole Wide World." I asked him to come up on stage with me and play it with me. And he said, "This song has two chords and both of yours are wrong."

Amy Salit and Thea Chaloner produced and edited the audio of this interview. Bridget Bentz, Molly Seavy-Nesper and Cyrena Touros adapted it for the Web.