Accessibility links
Eating Crow With 'Miss Peregrine' — And Enjoying It Our kids' books columnist Juanita Giles says she avoided the Miss Peregrine series for years because it seemed too creepy — but now she regrets all the time the books spent untouched on her shelf. 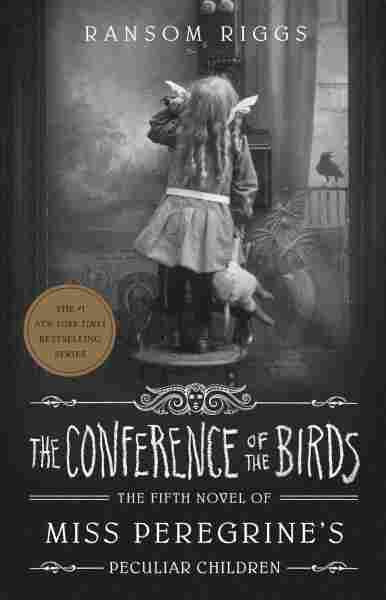 Title
The Conference of the Birds
Author
Ransom Riggs

You see, creepy things creep me out, and not in a good way. One of my earliest memories is of a group of dancers dressed in black, pulling toilet paper from where their eyes should be; I was two years old, they were on The Muppet Show, and I have never recovered. Right there in the middle of Kermit and Fozzie came this absolutely terrifying act (terrifying to a two-year-old, and shoot, maybe to a much older person) whose commentary on human interaction was COMPLETELY lost on toddler me, and set me up for plenty of nightmares. Though I have since learned that Mummenschanz is a highly respected theater troupe, they set me up to be very wary of creepiness, and I've lived my life avoiding it as best I can.

SO, several years ago, when Ransom Riggs debuted Miss Peregrine's Home for Peculiar Children, I bought it, opened it, and shelved it right away. Perhaps if I had opened the book to any of the 352 pages other than page 115, it wouldn't have languished for lo, these past nine years. But page 115 was all it took for me to put the book away for almost a decade. What's on page 115 that prompted such a reaction? Cue the Mummenschanz mimes.

Page 115 shows a photograph of two young children dressed in extremely creepy, vintage white clown costumes, one masked child pulling a very long curled ribbon from the masked mouth of the other

BUT, when the I had the opportunity to see Riggs as he kicked off his The Conference of the Birds tour, I had to give my two-year-old self a stern talking-to and get with the program. The Conference of the Birds is the fifth book in the Miss Peregrine series, so not only did I have to face page 115, I had some serious catching up to do. I would love to say I was really grown up about it, but I made sure to start reading in broad daylight.

(And I'm glad I did, because there's another picture of the creepy clown kids on page 50.)

I was all set to grit my teeth, act my age, and get it over with.

Boy, can Ransom Riggs tell a story. If he'd been stuck in rainy 1818 Switzerland with Lord Byron, and Mary and Percy Shelley and taken up Byron's challenge to write a ghost story, Miss Peregrine would have given Frankenstein a run for its money.

I read the first three books in two days.

If you are anything like me and came to the party quite late, the Miss Peregrine series tells the story of Jacob Portman, grandson of the master storyteller and soon-to-be-revealed hero Abe Portman, his journey of self-discovery, teenaged angst, Welsh islands, romantic drama, and oh yes, time loops, ymbrynes, hollowgasts, Wights, and a cast of endearing (and at times quite annoying) peculiars who can control bees, raise the dead (for a little while at least), float, have two mouths, are invisible, shoot fire and see monsters no one else can see — all with the help of a generous sprinkling of vintage photographs, some creepy in their own right, some not.

I don't know how to explain it without giving it away, but I will say I don't know that I will ever look at an old photo the same way again. 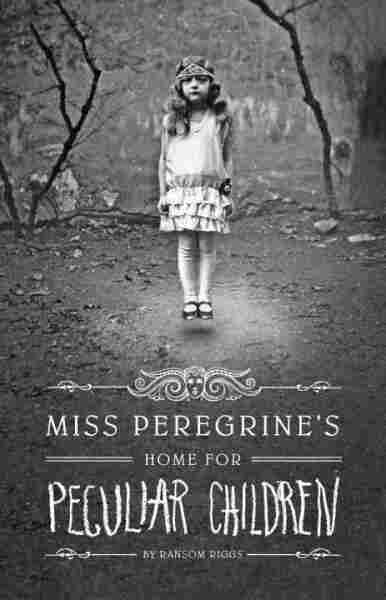 As I sat in the broad daylight, tearing my way through Miss Peregrine's Home for Peculiar Children, Hollow City, and Library of Souls, I found myself scanning the photos of my grandparents and great grandparents that hung around me. I tried to imagine the mind of Ransom Riggs, who, when he began Miss Peregrine, found the photos first and the story second. What might he have dreamt for the people in my photographs? My grandmother in 1928, with her flapper dress on, head high, leg hitched up on the running board of an old car? My Native American grandmother, merely a blur in the background while the foreground is populated with chickens? A framed letter from some distant cousin, telling my great-grandmother in 1922 that another cousin Ida is lonesome in the country? What would their peculiarity have been?

Riggs' methods are as fascinating as his stories.

... the moment I started reading 'Miss Peregrine,' I couldn't wait to share it with my son.

My deep dive into the world of Miss Peregrine has had to slow down a bit as piano recitals, 100 days of school, the science fair, and stomach viruses dominate my time, and I wish it hadn't. Jacob and the peculiars are in America now, literally the Wild West of peculiar-dom, and I want to know what happens, creepy photographs and all (fans of the creepy will not be disappointed by the newly-released The Conference of the Birds. Let's just say I plan on flipping pages 92 and 93 super-fast.) Will Jacob and his friends decipher the prophecy and save peculiar-kind? Is the title a direct reference to the 1177 Persian poem of the same name, or is it just a coincidence? (I'm betting the former, and if so, what does it portend?) What does the photo showing a girl in bed surrounded by pictures of Elvis have to do with anything? I have to find out.

And WHY do I have to find out? Because the moment I started reading Miss Peregrine, I couldn't wait to share it with my son. It's just the sort of story he'll want to read in, oh, about three years, maybe four depending on how he can take the clown kids, but he's never been scarred by the Mummenschanz mimes, so maybe he has a leg up. Actually, I want to share this series with everyone, kid or adult. It's really that fascinating a story.

So, Mr. Riggs, clown kids aside, I offer my apologies for keeping you on the shelf for so long. Perhaps I will write a strongly-worded letter to Mummenschanz and ask them to add a disclaimer to any upcoming Muppet Show appearance. In the meantime, I'm happy to eat a little crow.

Or in this case (really bad joke coming), eat a little peregrine.