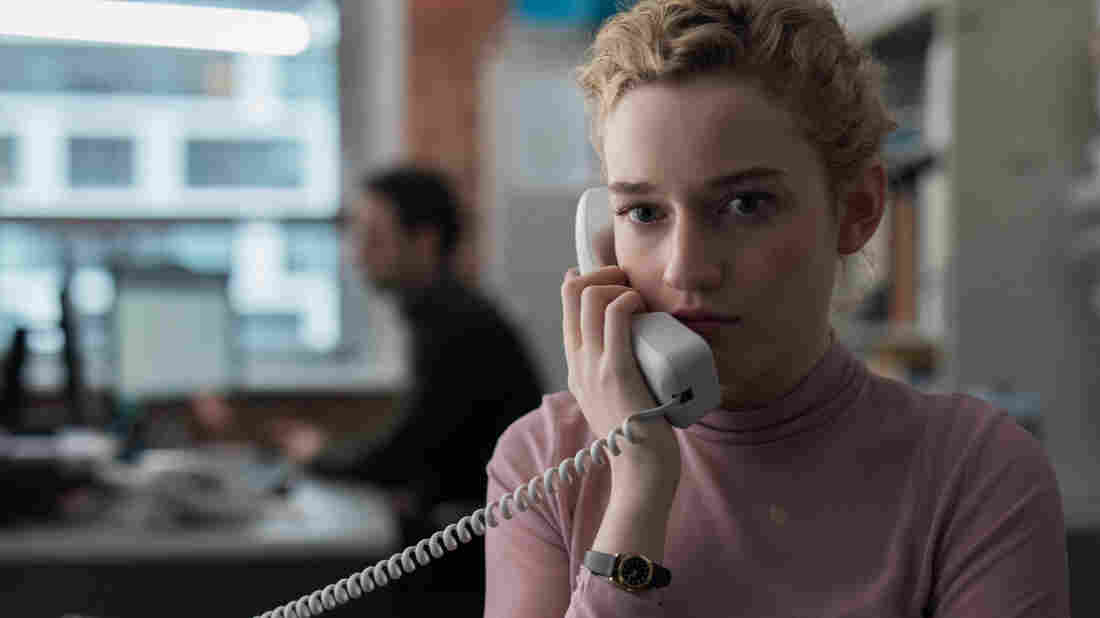 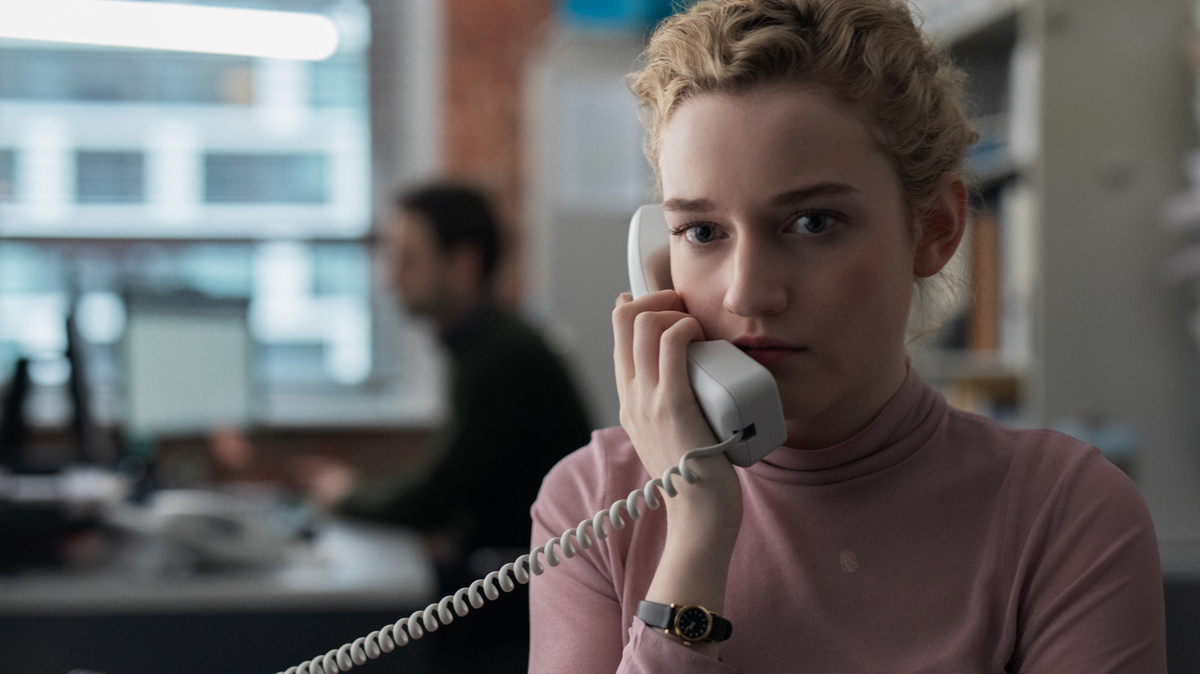 Julia Garner stars as a young college graduate who grows increasingly uncomfortable working for a New York-based movie mogul in The Assistant.

I emerged from an early screening of The Assistant a few weeks ago to the news that a jury had been selected in Harvey Weinstein's sexual assault and rape trial. Coming more than two years after The New York Times and The New Yorker first published their reports of sexual harassment and assault against the famed film producer, the headlines were a stark reminder of how long it can take for a wealthy and well-connected man to face the accusations against him in court — even after a stunning public downfall that helped give rise to the #MeToo movement.

Although it's not clear exactly when it's taking place, Kitty Green's quietly devastating movie returns us to a time before #MeToo and its explosive revelations of sexual abuse rattled the world and the entertainment industry in particular.

The story unfolds over a single day in a New York film production office run by a powerful mogul who is clearly modeled on Weinstein. But the character is never identified or seen. He looms menacingly large off-screen, invisible yet ever-present. Sometimes we hear his voice, booming yet muffled behind his office door. Sometimes we hear him barking on the phone at his overworked junior assistant, Jane, a college graduate who was hired just a few months ago.

The actress Julia Garner, who won an Emmy for Ozark, plays Jane with piercing reserve. Whatever excitement she may have once felt at the chance to work for one of the film industry's most powerful figures seems to have abandoned her.

Jane's work day begins early: It's still dark when she arrives at the office and starts making coffee and printing out box-office reports. In the first sign that something might be amiss, we see her scrubbing a stain off the couch in her boss' office, then picking up a woman's earring off the floor.

Her day gets busier from there. Her co-workers arrive, most of them youngish white men who regard her with indifference at best and contempt at worst. The boss' wife calls several times, sounding irate and demanding to know where her husband is. He's catching a red-eye to Los Angeles that night, which means that Jane, the first to arrive at work, will also be the last to leave.

You get the sense that no one wants to acknowledge the elephant in the room, but it clearly has something to do with the young women who drop by the office. One of them comes by to claim the lost earring. Another is being eyed as a candidate for an assistant job; as Jane learns, she's newly arrived from Idaho and is being put up by the boss at a fancy hotel in Manhattan.

None of this comes as a shock to Jane; everything we see happening seems to have happened before. But something about the young woman from Idaho, who couldn't seem more vulnerable or out of her element, causes something to snap inside Jane.

Later in the day, she meets with a human resources representative, played by Matthew Macfadyen of HBO's Succession. He seems attentive and sympathetic at first. But Jane has trouble articulating her suspicions, and eventually he changes the subject.

Jane's conversation with HR is not just fruitless but demoralizing, and in Garner's long pauses and terse replies, you can hear the seething frustration of a woman being condescended to and ignored.

The Assistant is Green's first narrative feature, but it feels of a piece with her earlier documentaries, Ukraine Is Not a Brothel and Casting JonBenet, both of which addressed the exploitation of women. Her nonfiction experience may account for the cool, observational intelligence of her filmmaking here. The Assistant is one of the most soul-deadeningly realistic movies about office life I've seen recently, and I mean that in a good way: It's so vivid in its portrait of entry-level monotony that it could fill you with dread even if you didn't suspect what was really going on.

Some might find the storytelling too oblique, or frustrating in its deliberately limited perspective. But it's the rigorous understatement of The Assistant that makes it so powerful in its vision of how easily the Harvey Weinsteins of the world could exploit their absolute authority for years with little fear of consequence. Moment by moment, it pulls us into a world where predatory behavior is concealed behind closed doors, and the silence of a hushed workplace becomes its own kind of complicity.