Accessibility links
Uber Allows Some Drivers To Set Their Own Fares The experiment underway at three airports comes in reaction to a recent state law that makes it harder to classify people as contract workers rather than as employees. 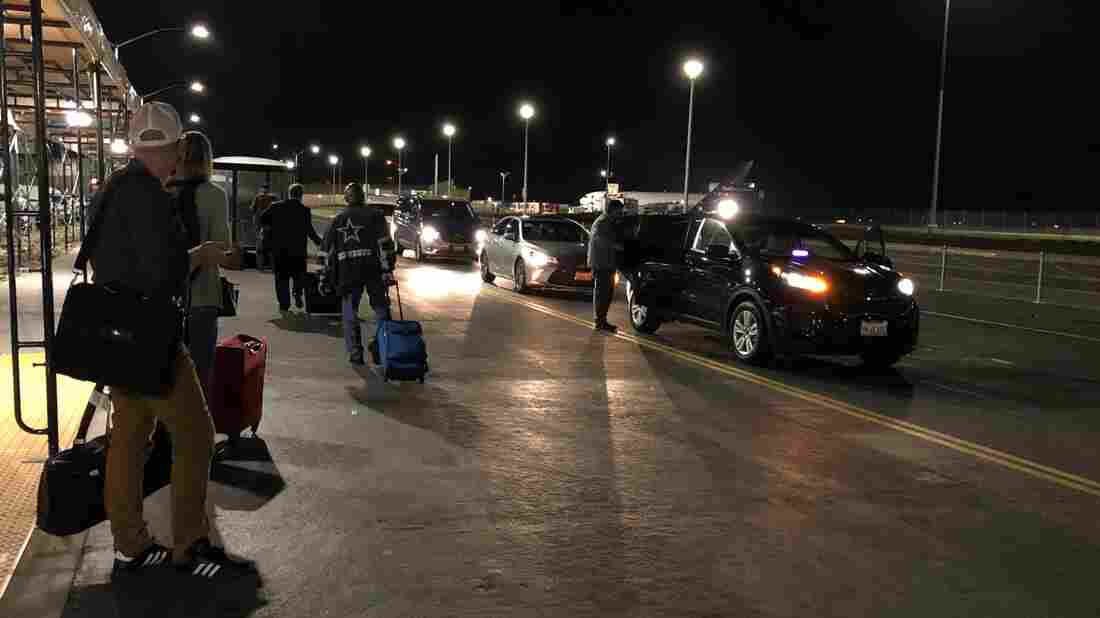 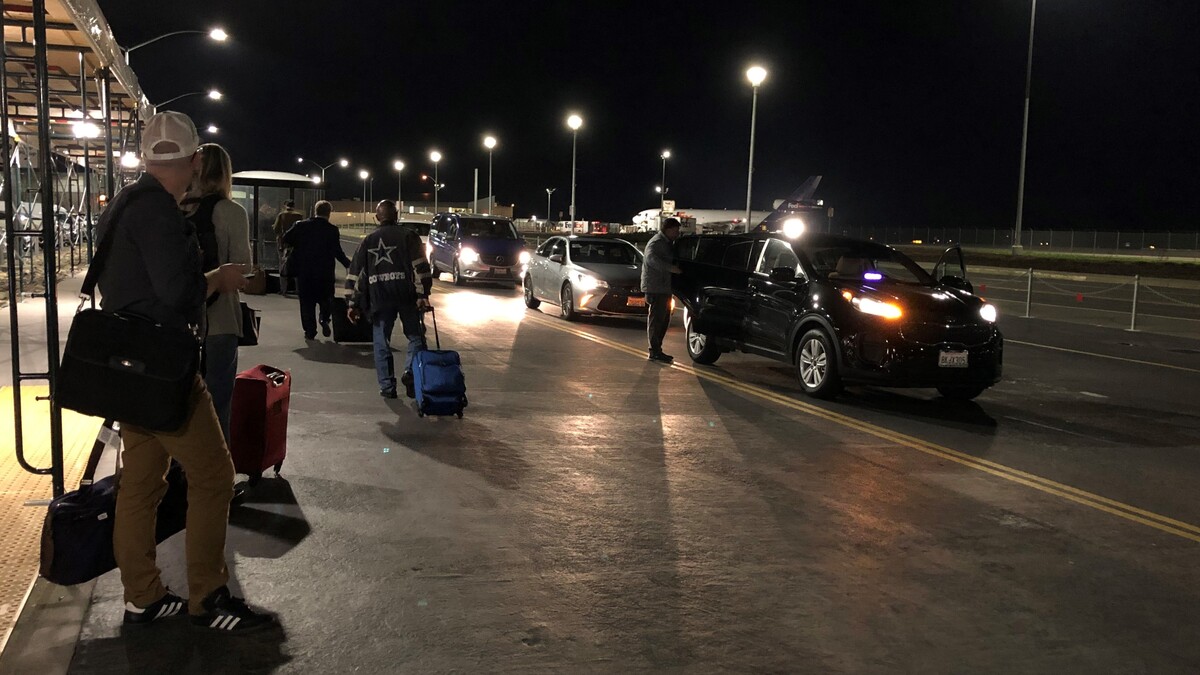 Travelers wait at the ride-share pickup location at Sacramento International Airport. Uber is allowing drivers at three California airports to set their own fares.

Uber is testing a new feature in California that allows some drivers to set their own rates.

The move comes in response to a new state law that requires more companies to convert their contract workers to employees, which means offering them benefits and added protections. Companies including Uber, Lyft and delivery app Postmates argue that doing so would upend their business model and eliminate the flexibility inherent to the gig economy.

Uber is currently testing a feature at airports in Sacramento, Palm Springs and Santa Barbara that allows drivers to increase fares in 10% increments, up to five times the base rate. Riders are then matched with the lowest fare.

In the coming days, Uber says it will also allow drivers to decrease their prices below the base rate and opt out of surge pricing. It's part of an effort to give drivers more control — and bolster the argument that they're truly contractors rather than employees.

The company acknowledges the experiment could have unexpected consequences.

"It could create more volatility for riders who expect a level of consistency in prices that could change as a result of this," said Daniel Danker, head of driver product at Uber. "And this does add some meaningful complexity to the driver's experience that gives them even more control on how their earnings work."

Nar Bustamante, a traveler at Sacramento International Airport returning from Las Vegas, said he read about the new pricing experiment before landing.

Drivers in Sacramento appear to be split on the new feature.

Adnan Badaoui, who has been driving for Uber for four years, began using it last week. He says even a small rate increase can add up for drivers.

"It's not that much difference my friend, but it makes a difference to us, as a driver," he said.

Uber To Pay $4.4 Million To Employees Who Were Sexually Harassed At Work

Uber To Pay $4.4 Million To Employees Who Were Sexually Harassed At Work

But driver Kim Beaver hasn't had much luck. When the feature launched, she set her fare 50% higher than the base rate and waited for an hour without any activity.

"It's just going to be chaos and frustrating for people," Beaver said. "You'll be waiting an hour to two hours to God knows how long."

Gig companies continue to negotiate with state officials, seeking relief from the new labor law that requires companies to convert many contract workers to employees.

But Francis J. Mootz III, professor of law at McGeorge School of Law in Sacramento, says efforts like Uber's new pricing feature may not be enough to convince lawmakers.

"Two or three years ago, if Uber and Lyft and other ride-share companies had really tried to restructure in a way to give workers true independence, true entrepreneurial opportunities, it might've been different," Mootz said.