Accessibility links
Joe Pera of "Joe Pera Talks With You" : Bullseye with Jesse Thorn Joe is the creator and star of Adult Swim's Joe Pera Talks with You, one of our favorite new shows TV. In it, Joe plays a version of himself living in small-town Michigan as a middle-school choir teacher. The show is like nothing else you've seen on television before: brilliant, weird and heart warming. Cross our hearts, hope to die.

Joe Pera of "Joe Pera Talks With You" 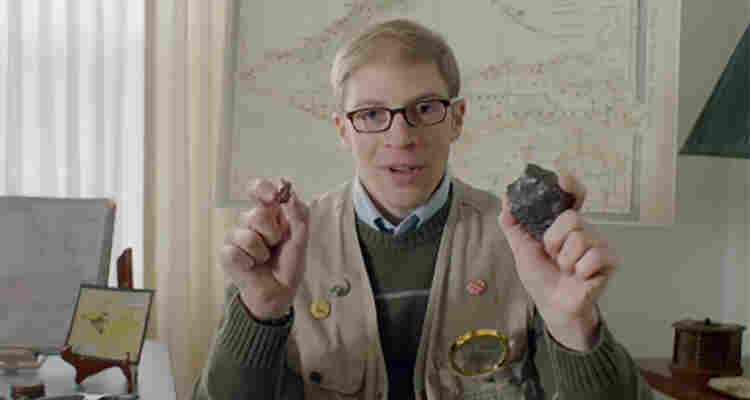 Joe Pera Talks with You is one of the quirkiest shows on television right now. It's funny in a way that almost sneaks up on you. Joe Pera (or at least the fictionalized version of himself he plays on TV) is a soft-spoken, unassuming, kind person. Each episode involves Joe, a middle school choir teacher, guiding viewers through his life in the city of Marquette, Michigan. He talks about iron. About breakfast. Tries to pick out a Christmas tree. Enjoys a song on the radio.

The simple things in life.

But the show is far from monotonous. It's a sweet show with low stakes that makes you laugh and smile and is quickly becoming one of Jesse's favorite things.

Joe grew up in Buffalo, New York all the way up to college where he participated in several stand up competitions before setting out for the larger comedy world of NYC. His production company released the popular Adult Swim infomercial Joe Pera Talks You to Sleep which was followed by the special Joe Pera Helps You Find the Perfect Christmas Tree. Joe Pera Talks with You is grounded in that same reality.

Joe talks about doing comedy at his own pace, sleeping in a twin bed well into his twenties and why he enjoys casting non-actors in real locations. Plus, he'll tell us why he considers falling asleep to be a totally acceptable response to his performances.

Check out the new season of Joe Pera Talks with You on Adult Swim.