Accessibility links
Impeachment Recap: As Defense Rests, Focus Shifts To Fight Over Witnesses President Trump's attorneys closed their arguments on Tuesday with a rejection of Democrats' case and a warning about the peril to future chief executives if he is removed for this. 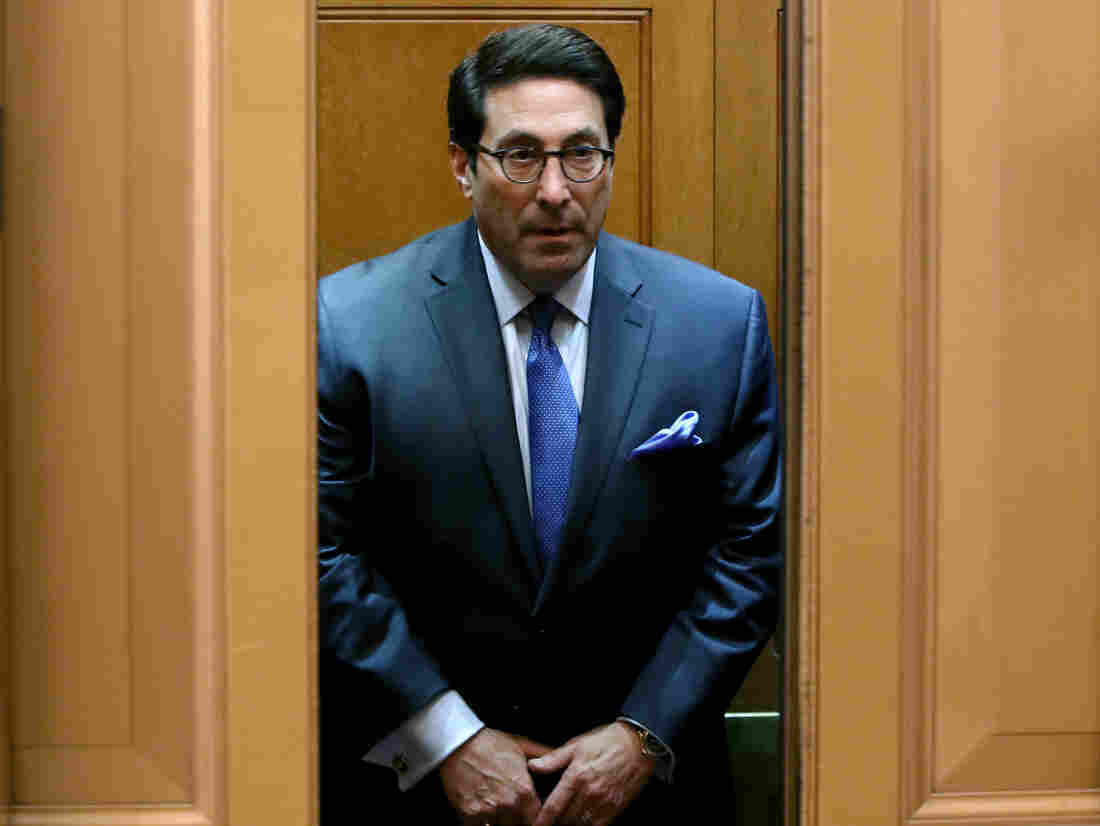 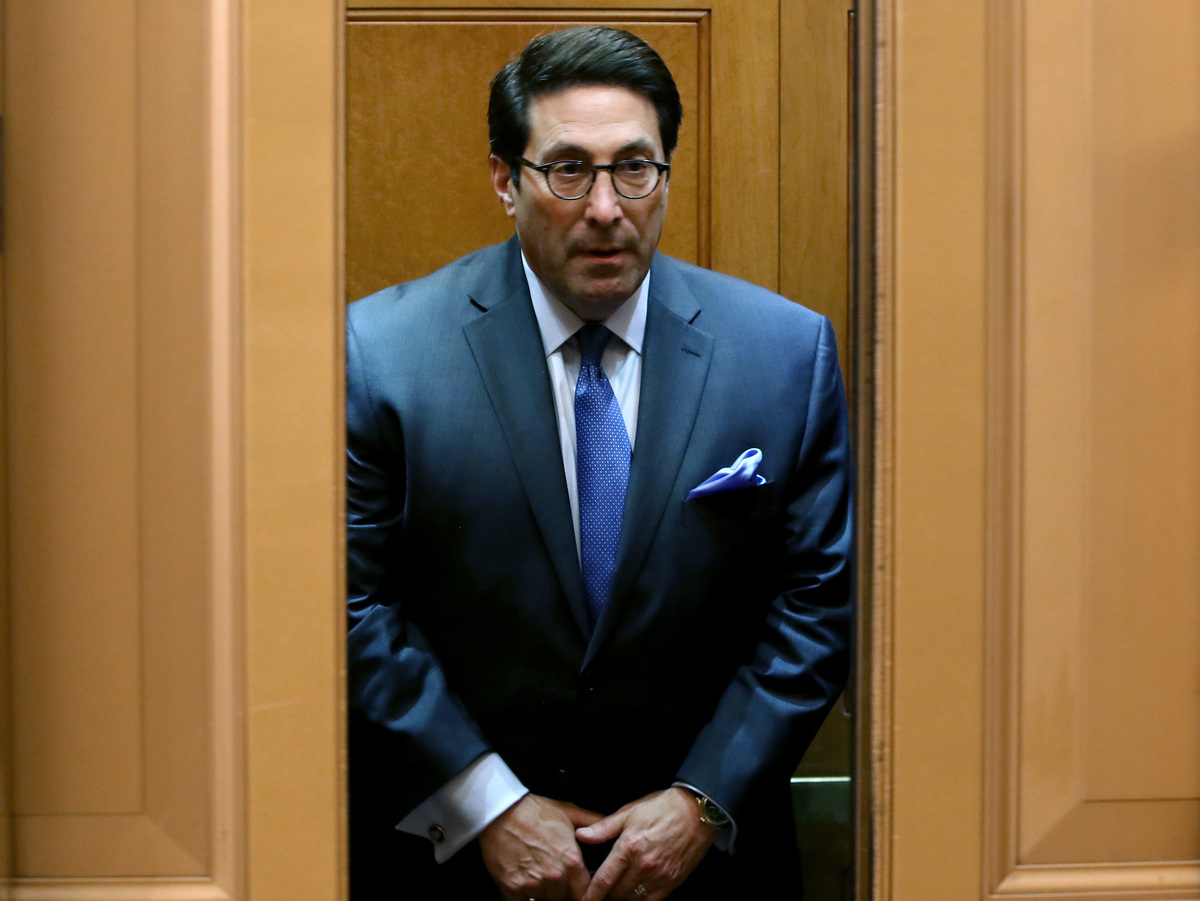 The admission of new witnesses into President Trump's impeachment trial began to look less likely on Tuesday as defense attorneys and the White House signaled opposition in hopes of persuading Republicans to block them.

Democrats have continued the calls they've made all along for new witnesses, including Bolton and others, but it remained unclear whether four Republicans might spurn Trump's wishes and join with all the Democrats to vote to authorize new testimony.

The Senate is expected to reach that crossroads on Friday.

If the chamber voted to admit witnesses, that would begin a new sub-debate over which ones and under which conditions they might appear.

If the chamber does not vote to admit them, it could move onto a vote as to Trump's guilt with respect to the two articles of impeachment. The Republican-controlled chamber is expected to permit Trump to keep his office.

Between now and then, senators are scheduled to spend Wednesday and Thursday submitting written questions for the House impeachment managers and Trump's lawyers.

So if the door isn't shut to new testimony, it also wasn't clear how the Senate might get from the state of play on Tuesday to a clear picture about the votes within the Republican conference given the increased show of displeasure from Trump's camp.

One borderline senators, Republican Lisa Murkowski of Alaska, told reporters on Tuesday that discussion was still ongoing about Bolton's testimony.

"We'll figure out how we're going to learn more," she said.

A close ally of Trump's Sen. Lindsey Graham, R-S.C., told reporters that he'd had enough of impeachment and that he was contented with the idea of moving on with the evidentiary record as it stands.

Graham also said that if Democrats open the door to admitting witnesses, they might not like where that leads.

Graham said he was sure there are 51 Republican votes today to call former Vice President Joe Biden, his son Hunter Biden, and other prospective witnesses whom Graham suggested might embarrass Democrats.

So be it, riposted Minority Leader Chuck Schumer, D-N.Y., later in the day: "They can call who they want."

The minority leader has ruled out the idea of a partisan trade in which, for example, Republicans would call Hunter Biden if Democrats may call Bolton.

Schumer said if there are to be witnesses there must be a full-scale effort to bring in witnesses and their documents and support what he called a real trial for Trump.

Schumer wants to hear from Bolton, acting White House chief of staff Mick Mulvaney and others he says can verify Democrats' allegations in the articles of impeachment. He appealed to Republicans to make that happen.

"All we need is four who rise to the occasion," he said. "Let the chips fall where they may. Get the truth."

The negotiations over witnesses followed even after the end of closing statements by Trump's defense team, which elected not to use several of the hours it still had available under the rules.

White House counsel Pat Cipollone said that he and his colleagues considered their case proved and that they did not consider it a difficult problem for senators to unravel.

"All you need in this case is the Constitution and your common sense," he said.

His summation followed a longer recapitulation by Trump's personal lawyer, Sekulow, which included his declaration that Bolton's evidence was "inadmissible" but also the assertion that, even if it were accurate and admitted, it wouldn't matter.

Trump's authority over foreign affairs is significant, the lawyers argued, he released military assistance for Ukraine before the expiration of the fiscal year and nothing alleged was illegal or even improper, Sekulow argued.

That's what elections are for, he argued, like the one this November in which voters must decide whether to reward or punish Trump for his actions — not the Senate, Sekulow argued.

If members remove Trump based on the actions in the Ukraine affair, the attorney said, they'll not only spurn voters but also weaken the presidency forever by making every subsequent chief executive subject to what defense lawyers said would be the equivalent of a partisan vote of no confidence, like that used in parliamentary systems.

In the Trump defense team's telling, the Democrats' impeachment case boils down to partisan animus and a disagreement with the president over his foreign policy.

"If that becomes the new normal, future presidents — Democrats and Republicans — will be paralyzed the moment they are elected, before they can even take the oath of office," Sekulow said. "The bar for impeachment cannot be set this low."