Accessibility links
Starbucks Closes More Than 2,000 Stores In China Amid Coronavirus Outbreak The coffee chain has temporarily closed the stores locations to limit the spread of the coronavirus that has sickened more than 4,500 people.

Starbucks Closes More Than 2,000 Stores In China Amid Coronavirus Outbreak

Starbucks Closes More Than 2,000 Stores In China Amid Coronavirus Outbreak 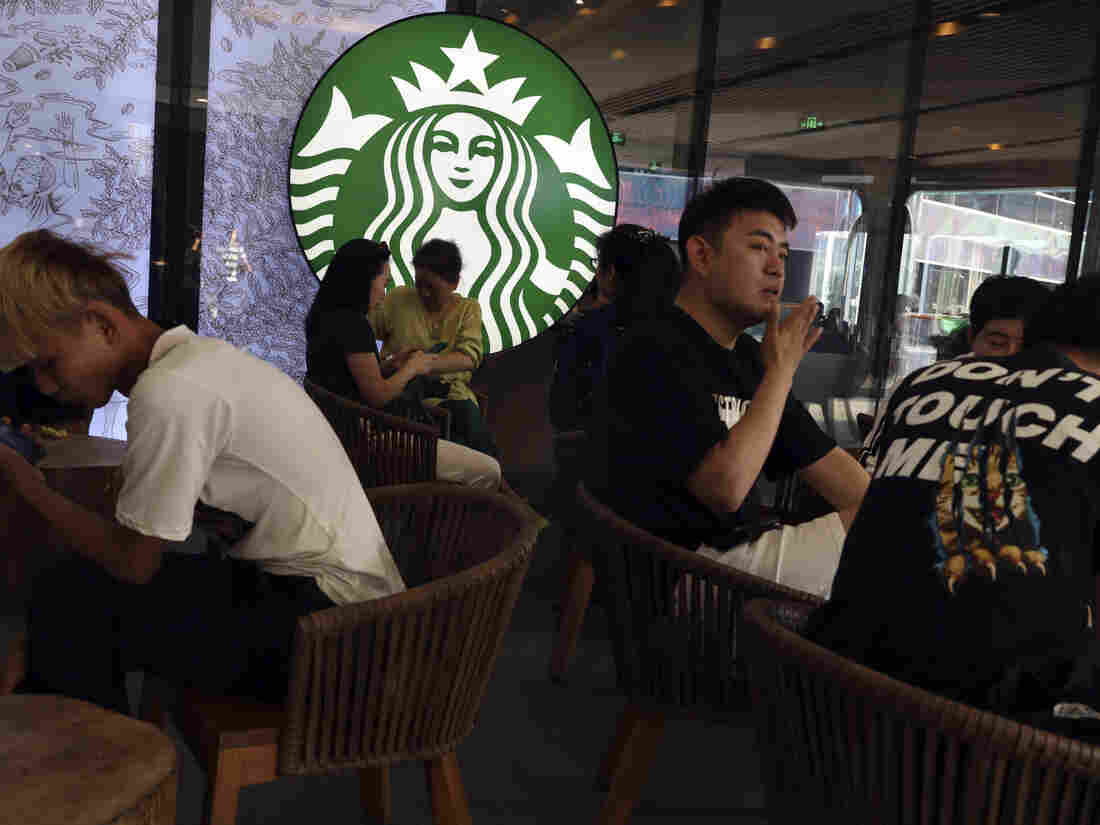 In a photo taken in May, customers enjoy their drinks at a Starbucks in Beijing. The U.S.-based coffee chain has decided to close more than half its stores in mainland China due to the coronavirus outbreak. Ng Han Guan/AP hide caption

Starbucks has temporarily closed more than half of its stores in mainland China as an outbreak of coronavirus has surged through the country, affecting thousands of people.

Starbucks executives on Tuesday called the viral outbreak a "very complex situation," adding that the company closed its locations in China at the direction of local government officials as well as "proactively," to limit the spread of the virus among workers and customers.

"Our immediate focus is on two key priorities in China," CEO Kevin Johnson told analysts on an earnings call. "First, caring for the health and well-being of our partners and customers in our stores. Second: playing a constructive role in supporting local health officials and government leaders as they work to contain the coronavirus."

China is a key, fast-growing market for Starbucks and many other companies that are starting to see an impact from the outbreak and the measures that Chinese authorities have imposed in response, including a lockdown of multiple cities with tens of millions of residents.

Other chains such as McDonald's and KFC have also been closing stores. McDonald's is expected to share an update on Wednesday when it reports its quarterly earnings. Apple CEO Tim Cook said on Tuesday that his company has closed one of its retail stores.

"Many of the stores that remain open have also reduced operating hours," Cook said. "We're taking additional precautions and frequently deep-cleaning our stores as well as conducting temperature checks for employees."

Starbucks CEO Johnson said he had anticipated raising the company's financial forecast for the year on Tuesday, but would not do so now "due to the dynamic situation unfolding with the coronavirus." China is the second-largest market for Starbucks, which had almost 4,300 stores there at the end of 2019.

In a company earnings release on Tuesday, Starbucks said "Currently, we have closed more than half of our stores in China and continue to monitor and modify the operating hours of all of our stores in the market in response to the outbreak of the coronavirus."

Chinese authorities say that a surge in cases of the rapidly spreading coronavirus in recent weeks has sickened nearly 6,000 people as of Wednesday, with more than 130 deaths. Additional cases have been reported outside of China, including in Australia, France and Canada and the U.S.

In the United States, five confirmed cases involve people who recently traveled to Wuhan, China, the epicenter of the outbreak. At a news conference Tuesday, top U.S. health officials reiterated that the disease — while serious — is not currently a threat to ordinary Americans.

NPR's Shannon Bond and Richard Harris contributed to this report.