Accessibility links
Florida's Brightline Railroad Is Nation's Deadliest After High Rate Of Track Deaths In its first two years, 40 people have been killed on tracks by the passenger line. Florida officials are concerned, but Brightline says suicides and people using drugs make up most of the deaths. 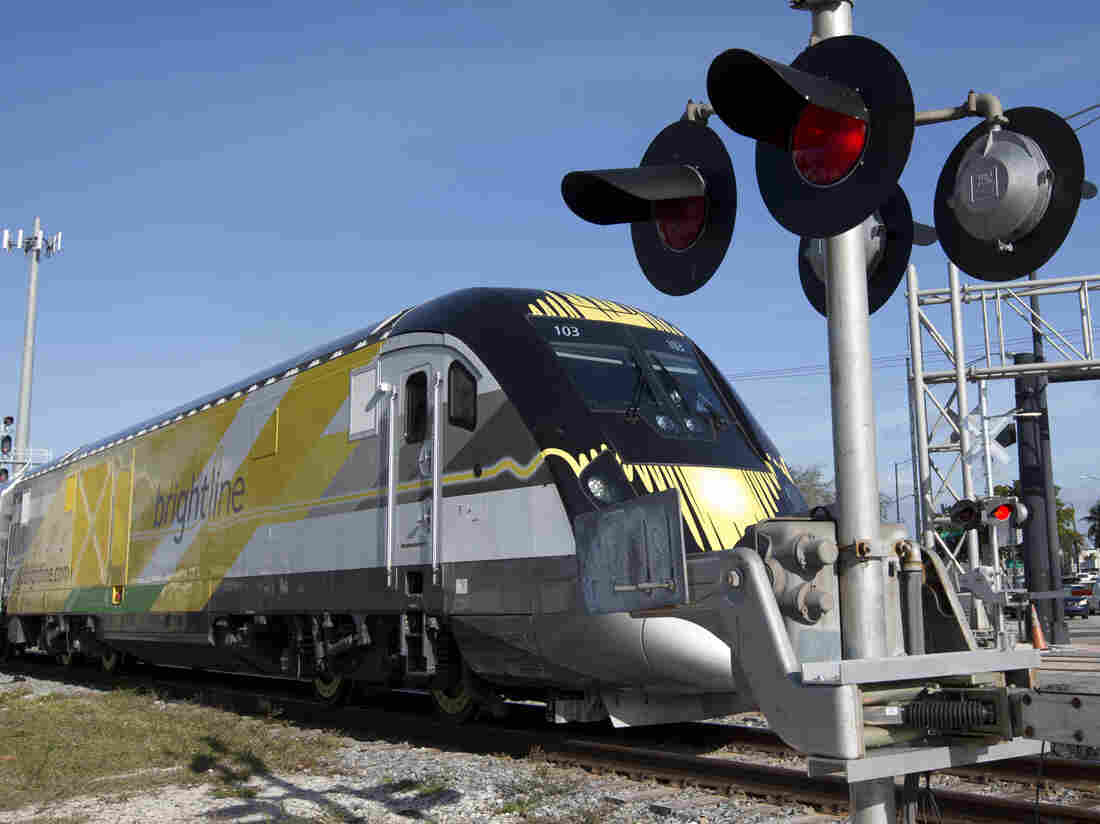 A Brightline train approaches a railroad crossing on Jan. 18, 2018, in Fort Lauderdale, Fla. In its first two years, more than 40 people have been killed by Brightline trains on tracks and at rail crossings. Wilfredo Lee/AP hide caption 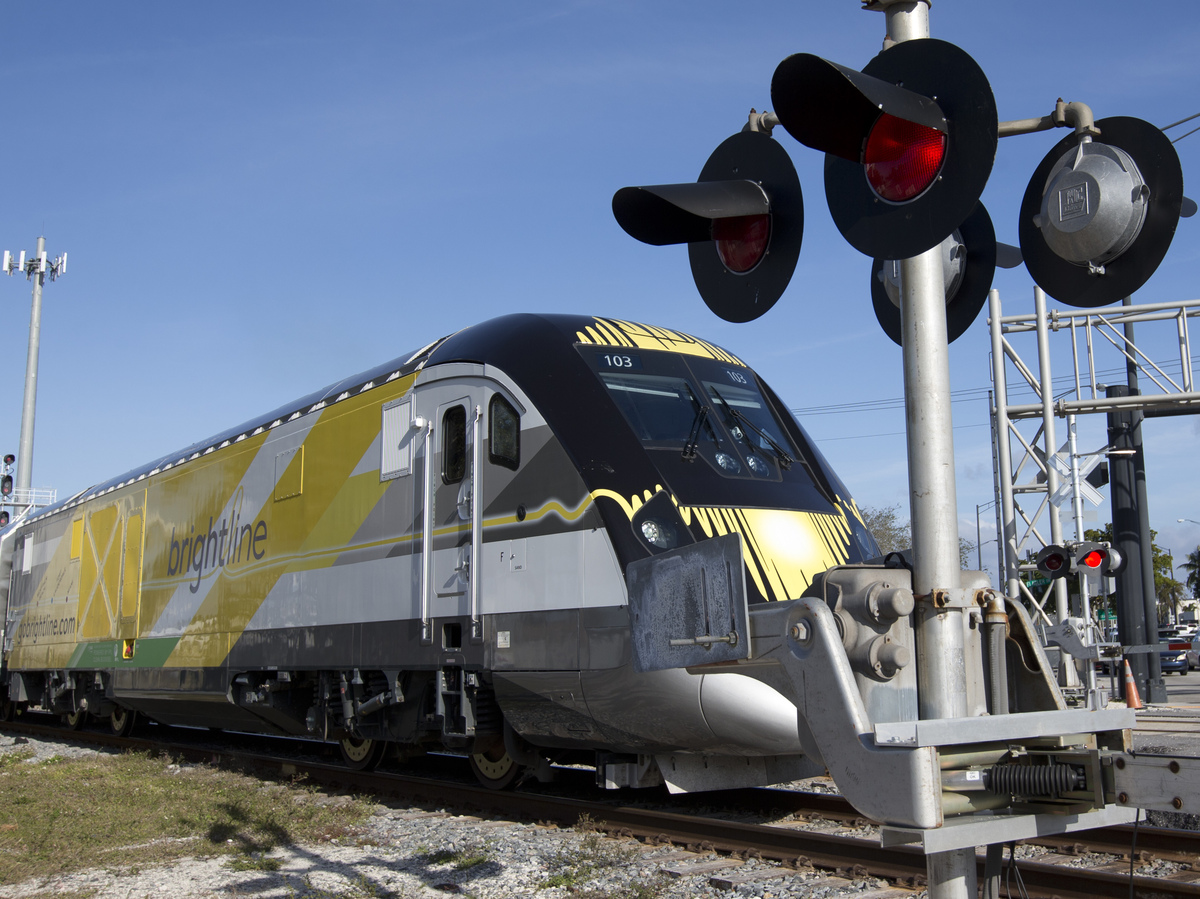 A Brightline train approaches a railroad crossing on Jan. 18, 2018, in Fort Lauderdale, Fla. In its first two years, more than 40 people have been killed by Brightline trains on tracks and at rail crossings.

Officials in Florida are considering legislation aimed at curbing the high number of deaths on the tracks of a new passenger rail line. Brightline is a privately owned rail service operating trains between Miami and West Palm Beach. In its first two years, more than 40 people have been killed by Brightline trains on tracks and at rail crossings, earning it a designation as the nation's deadliest railroad.

Brightline's trains operate at speeds of up to 79 miles per hour over a 70-mile stretch of track in South Florida. It's not high-speed rail but is still much faster than the trains that people have been used to seeing on these tracks. The rail line has been here more than a century, part of the Florida East Coast Railway. In recent decades, until Brightline, the line was used just by slower freight trains.

Since Brightline launched two years ago, on average more than one person a month has been killed on the tracks, in a car, on a bike or on foot. An analysis by The Associated Press found that this was the worst death rate per mile of any of the nation's railroads.

Brightline has responded with a public education campaign, warning people to stay off the tracks. At a recent news conference, Ben Porritt of Brightline said, "Too many people take unnecessary chances by driving around the gates, running across the tracks."

At the news conference next to the company's tracks in Oakland Park, Porritt focused on a group that he said makes up a majority of the fatalities.

"Seventy-five percent of the incidents that we've seen are the results of suicide or drugs," Porritt said. "It's an industrywide concern. It just doesn't affect Brightline. It affects every railroad across the country."

Suicides on train tracks are a national problem, but nowhere near the 75% figure cited by Brightline. A U.S. Department of Transportation study shows that suicides account for about 30% of all rail fatalities. Accident reports on the Federal Railroad Administration's website attribute only a handful of Brightline fatalities to suicide. The company says it arrived at its higher number after conducting investigations that included analyzing videos of the accidents filmed from its train cabs. 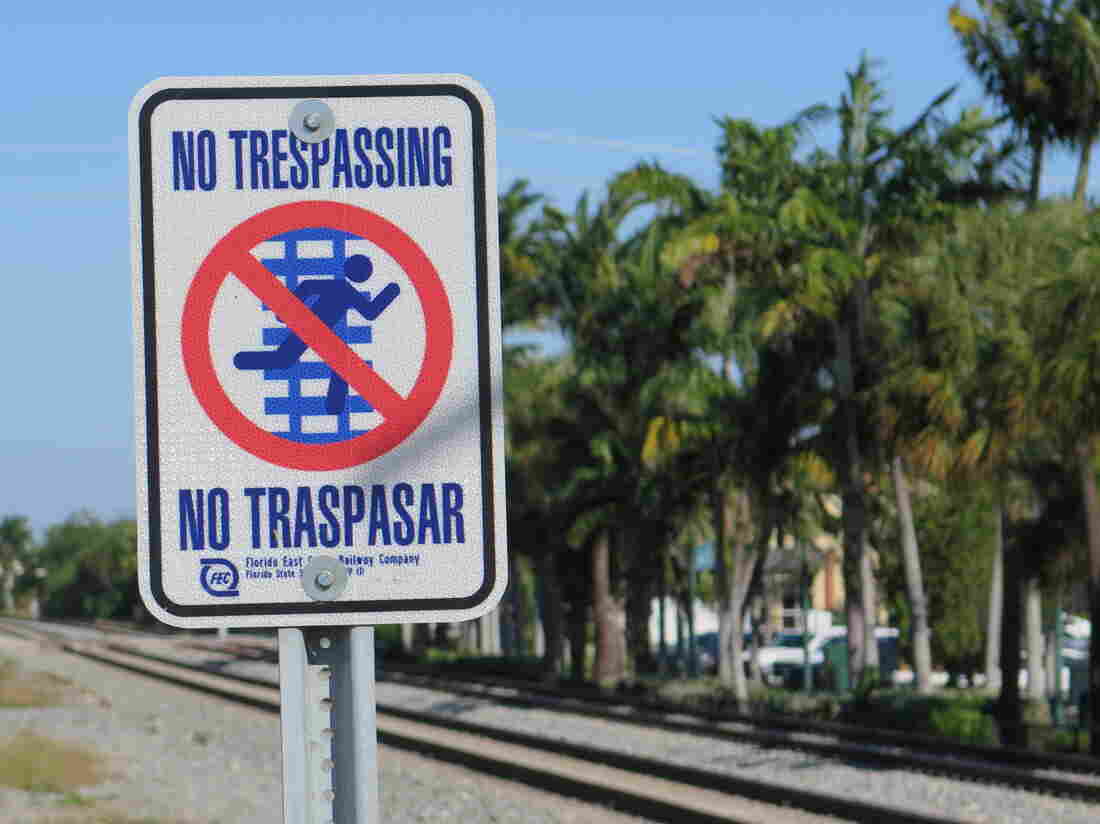 Many railroad crossings have features designed to discourage motorists and pedestrians from trying to beat the train —including sets of four gates, which block all the lanes. But those aren't always enough. Greg Allen/NPR hide caption 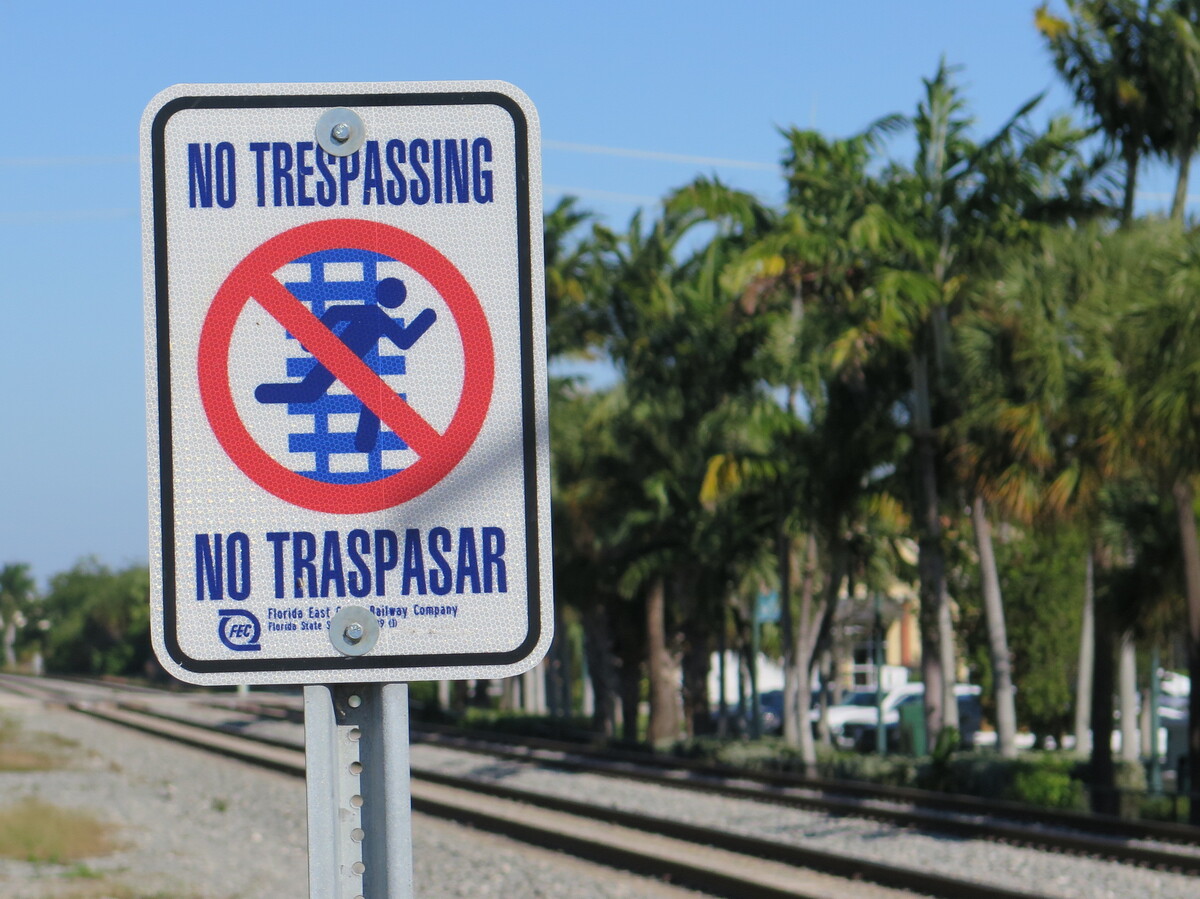 Many railroad crossings have features designed to discourage motorists and pedestrians from trying to beat the train —including sets of four gates, which block all the lanes. But those aren't always enough.

"We say its baloney that high a percentage of suicide," says Susan Mehiel, with Alliance for Safe Trains, a group that has advocated for closer government regulation of the privately owned rail line. "We believe that trains and communities everywhere have problems with drugs and alcohol addiction and suicide. But not like this."

Mehiel believes the reason the rail line leads the nation in fatalities is because its trains run so fast through densely populated communities.

"There are not enough safety features, including pedestrian gates, pedestrian channeling, pedestrian bridges and fencing," she says. "Fencing is a really big one."

Mehiel's group supports a bill in Florida's legislature that would allow the state's Department of Transportation to enforce safety standards for rail lines like Brightline. At a hearing in Tallahassee, Brightline's Rusty Roberts said the company has been working with local communities to identify problem areas where it has upgraded fencing and other barriers. But, he said, doing so is expensive.

"That fencing in our case is over $200,000 a mile," he says. "So if you start regulating fencing in a blanket way, it's very costly for the railroads to do that."

Brightline is working on a $4 billion expansion that will take the rail line from West Palm Beach north along the coast and then west to Orlando. The sponsor of the rail safety bill in the Florida Senate, Debbie Mayfield, represents Indian River and Brevard counties, two of the coastal areas the train will run through. At the hearing, she said, "40 deaths since they have started operating from West Palm to Miami. My goal is to not have deaths when it comes through Martin, St. Lucie, Indian River, Brevard and goes on up."