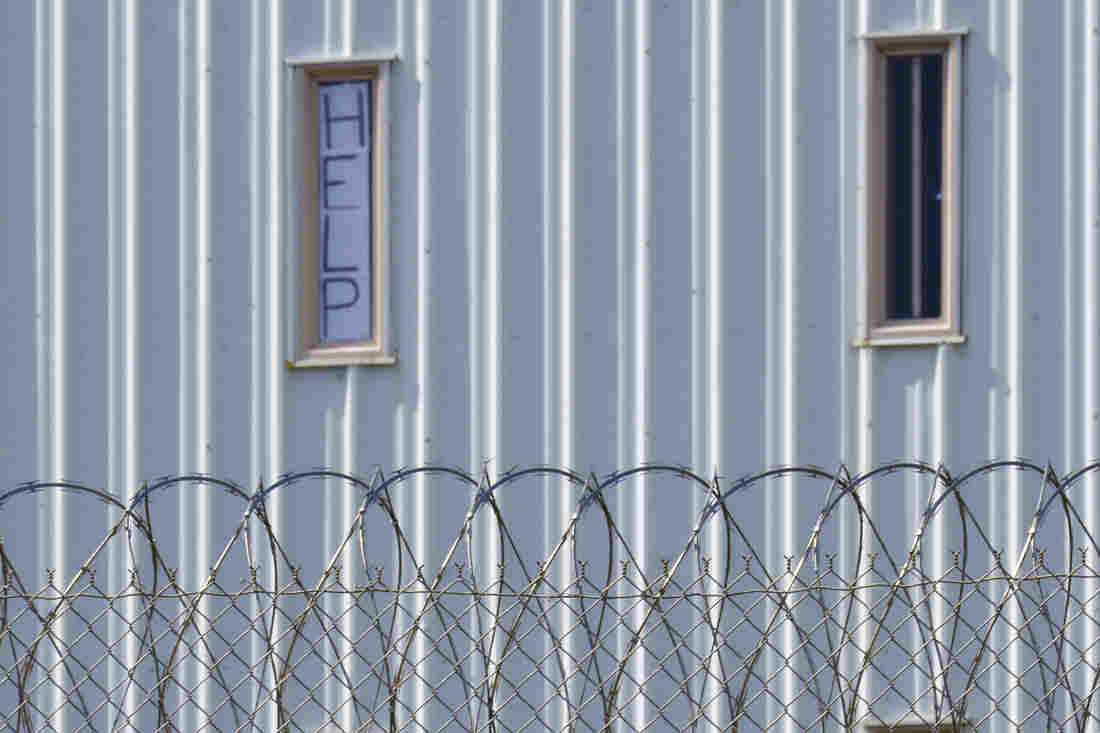 A sign placed in the window of an inmate's cell calls for "HELP" during a visit by state officials last year. Holman Correctional Facility in Atmore, Ala., long criticized for its conditions, will be largely decommissioned. Kim Chandler/AP hide caption 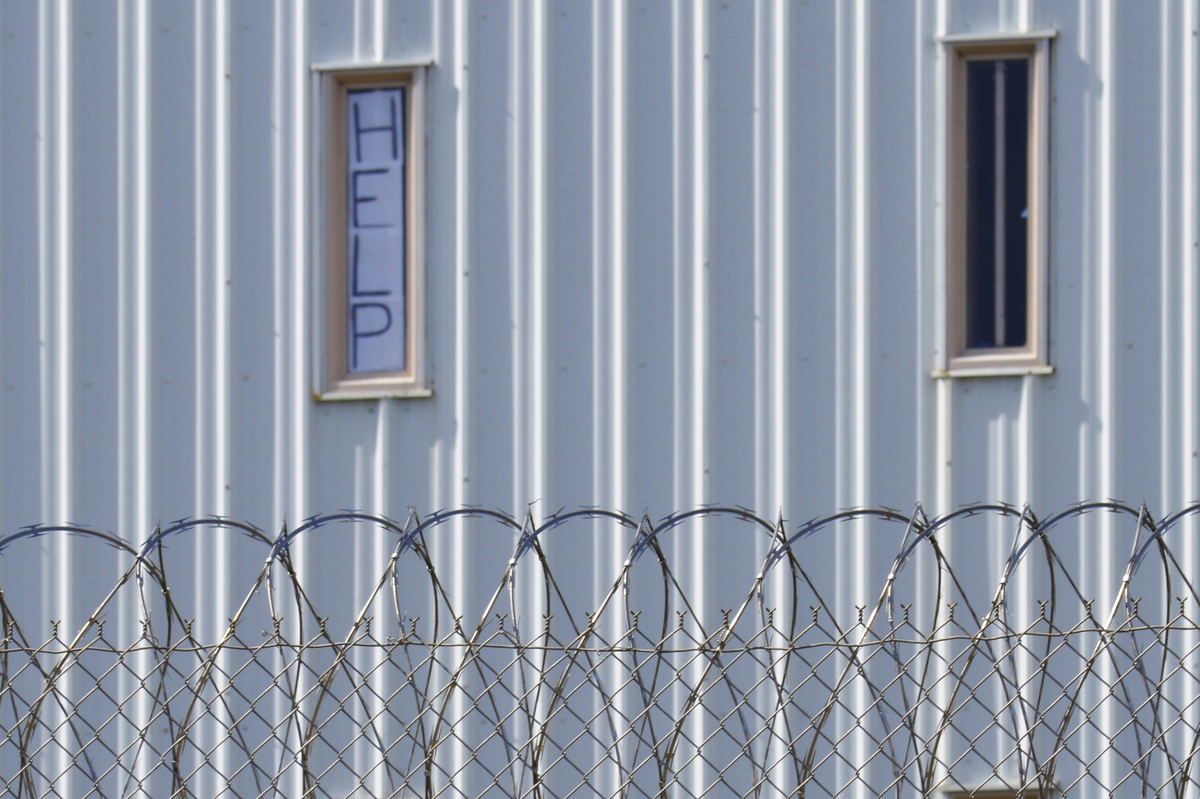 A sign placed in the window of an inmate's cell calls for "HELP" during a visit by state officials last year. Holman Correctional Facility in Atmore, Ala., long criticized for its conditions, will be largely decommissioned.

Alabama's prison system is so notorious that it has inspired a raft of ominous descriptors, each one more dreadful than the last. In one document alone — a Justice Department probe published last year — a casual reader will find the state's correctional facilities described as "cruel," "objectively unsafe," and characterized by "deplorable conditions" that encourage deadly violence and rape.

Now, one of the oldest and most notorious of these prisons, the William C. Holman Correctional Facility, is set to be largely decommissioned.

Officials plan to transfer more than 600 inmates from the facility's general population and restrictive housing units to other facilities across the state. About 150 "low-risk" prisoners and scores of death row inmates are expected to remain at the 51-year-old prison in Atmore, Ala., which houses the state's only execution chamber.

"Since my arrival at the ADOC almost five years ago, this Department has been vocal about the pervasive and extreme dilapidation crippling facilities throughout the correctional system — and Holman Correctional Facility is no exception," the department's commissioner, Jeff Dunn, said in a statement released Wednesday.

"This is a real and serious issue that cannot be understated and, after learning the extent of the risks associated with continued maintenance attempts at Holman Correctional Facility, moving quickly on our plans to decommission was the right and only decision."

The Justice Department, which issued its scathing report last April, expressed frustration at the decision — not so much for the fact that it was made, as for the fact that Alabama's corrections officials failed to notify the department about it. Jay E. Town, the U.S. attorney for the Northern District of Alabama, and other federal law enforcement officials have been in talks with the state seeking improvements to its prison system since the release of the report.

Last month Town told local media that observers should expect an update on the negotiations' progress, though it was clear that he did not expect Wednesday's announcement.

"I am disappointed that we were not privy to the decision to close Holman at the time such a decision was being considered," he said in a statement issued Wednesday. "We will continue to forge ahead in our good faith negotiations."

The state's system has suffered for many years from chronic understaffing and overcrowding. At Holman, in particular, the Justice Department found that the prison's staff of authorized correctional officers was less than a fifth of what it should be.

However, Holman is not alone. Across the state, the staffing at correctional facilities was found to hover at just a third of its authorized level — which raises concerns that, as bad as conditions were at Holman, its inmates are unlikely to fare much better at their new destinations.

"The movement of people at Holman to other facilities will only exacerbate the already deadly levels of overcrowding and the understaffing of correctional officers and mental health professionals at those facilities," said C.J. Sandley, a senior staff attorney at the Southern Poverty Law Center, which is part of a lawsuit against the state's Department of Corrections.

"Rather than pursuing band-aid solutions, Alabama's Department of Corrections and Governor [Kay] Ivey must focus their efforts on addressing overcrowding and understaffing," Sandley said.

Dunn, the ADOC commissioner, echoed this point in his announcement, acknowledging that the state's "prison infrastructure is failing."

According to Mary Scott Hodgin of Birmingham member station WBHM, Ivey is waiting on developers' proposals for a trio of new regional prisons, which are expected "to replace more than a dozen facilities that house male inmates."

Alabama is not alone in its corrections issues. Earlier this week, Tate Reeves, governor of neighboring Mississippi, made the state's prison system — and the closure of its own notorious facility — a central focus of his first State of the State address.

"I have instructed the Mississippi Department of Corrections to begin the necessary work to start closing Parchman's most notorious unit — Unit 29," he announced, referring to the Mississippi State Penitentiary there. Like Holman, the prison in Parchman, Miss., also houses the state's execution chamber.

At least three inmates at the penitentiary have died of violent causes in the past week and a half — one of whom apparently took his life in a one-man cell Sunday, in the very unit the governor promised to begin closing.

"There are many logistical questions that will need to be answered — we're working through that right now," Reeves added. "But I have seen enough. We have to turn the page. This is the first step, and I have asked the Department to begin the preparations to make it happen safely, justly, and quickly."