Accessibility links
Interior Department Grounds Chinese-Made Drones, Months After It Approved Them The move is a turnabout for Chinese firms such as drone giant DJI — which made special "government edition" drones that the Interior Department approved last summer.

Interior Department Grounds Chinese-Made Drones, Months After It Approved Them

Interior Department Grounds Chinese-Made Drones, Months After It Approved Them 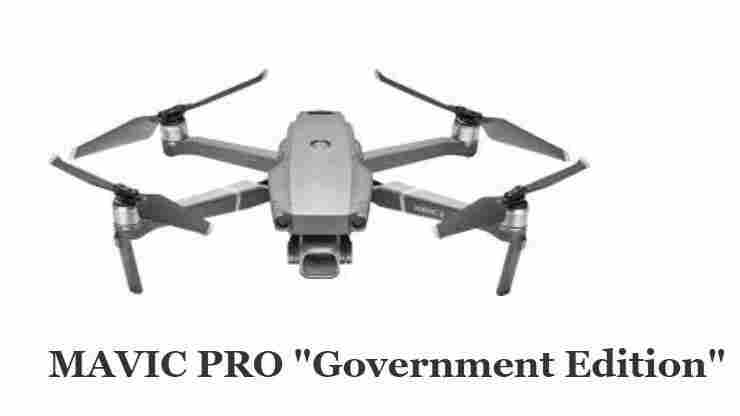 The Interior Department is grounding its fleet of drones — including Chinese-made models such as this specialized "government edition" Mavic Pro, made by DJI. Department of Interior / Screenshot by NPR hide caption 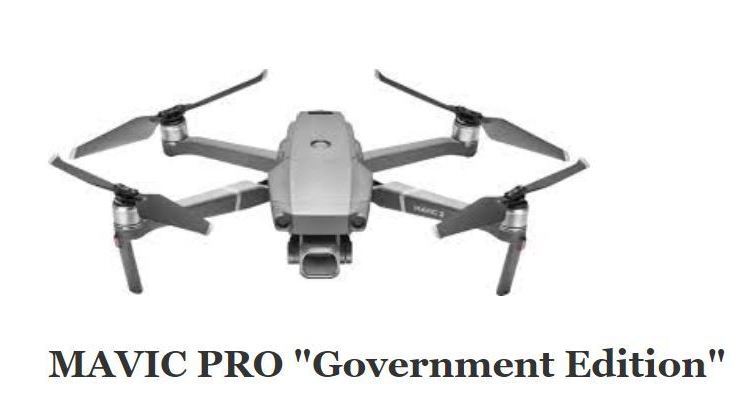 The Interior Department is grounding its fleet of drones — including Chinese-made models such as this specialized "government edition" Mavic Pro, made by DJI.

Department of Interior / Screenshot by NPR

The Interior Department has grounded its fleet of more than 800 drones, citing potential cybersecurity risks and the need to support U.S. drone production – suggesting the move is aimed at least in part at China, a leading drone producer.

"We've had only 12 drone flights since that time for emergency operations related to fires and floods," DOI Spokesperson Carol Danko said.

In his order, Bernhardt does not say whether his department has determined that its drones were somehow susceptible to being hacked. But he did say that information collected during drone flights could be "valuable to foreign entities, organizations, and governments."

The secretary's order also doesn't mention China — but that country was cited as a key factor in the initial decision to ground the fleet last year.

In late October, Bernhardt "directed that drones manufactured in China or made from Chinese components be grounded," as The Verge reported last fall, citing another department spokesperson.

The Chinese drone giant DJI — which has worked with the U.S. government to allay security concerns about its drones — issued a statement Wednesday saying it is "extremely disappointed" by the Interior Department's move.

"We are opposed to the politically-motivated country of origin restrictions masquerading as cybersecurity concerns," DJI said in a statement published on its website.

In 2018, the Interior Department reported making 10,432 drone flights — part of a broad expansion of its use of the aircraft under President Trump. When the agency announced that figure last summer, it said it employs "400 FAA certified and DOI trained operators" in 42 states.

The Interior Department has used its drones for a variety of purposes, from surveying federal lands to collecting research data and helping law enforcement. But for the foreseeable future, all but the most vital missions are on hold.

DJI makes special "government edition" versions of two of its drones specifically for the Interior Department: the Matrice 600 Pro and Mavic Pro. Both models are listed as being in the U.S. agency's drone fleet.

The Chinese company announced last summer that the Interior Department had independently validated its "high-security" drones during a 15-month testing period. The department seemed to agree, releasing a 53-page report in July recommending it use the special DJI drones.

The aircraft include firmware and software that is tailored to meet the agency's requirements, DJI said.

But in Bernhardt's order, he noted that the president had signed a memorandum in June stating, "I hereby determine ... the domestic production capability for small unmanned aerial systems is essential to the national defense."

The memo said that without presidential action, "United States industry cannot reasonably be expected to provide the production capability for small unmanned aerial systems adequately and in a timely manner."

As he cited that presidential determination, Bernhardt said his agency is taking action for a variety of reasons, "which include cybersecurity, technological consideration, and facilitating domestic production capability."

The secretary's order to ground the fleet is open-ended: it will remain in effect until it is revoked, and the order does not include an expiration date.

"Drone operations will continue to be allowed in approved situations for emergency purposes, such as fighting wildfires, search and rescue, and dealing with natural disasters that may threaten life or property," Danko said.